Today we drove to Phoenix to see Cindy’s son Scott. It’s been a while and we went to lunch with him. He had some tile people working on remodeling a bathroom. I asked him why they were there on Sunday, and he told me it was because they have been taking too long to get the job done and he is tired of taking days off from work. It has been several weeks.

Scott told us that the company he has worked for the last 8 years was sold to another company and they have initiated a policy that if you clock in even 1 minute late, you are fired. He explained that even 1 second shows up as a minute and he doesn't think it is a fair policy.

Cindy explained that she has seen employees lined up to clock in and some of them were a little late through no fault of their own. I am glad that I worked for myself all those years and never had to deal with anything like that. I didn't care if my employees clocked in late. They got paid for the time on the time card.

Needless to say, he is thinking about going to work somewhere else. The problem is he would have to start at the bottom and he is not sure he wants to start over with another company.

The Rally ended to night with what we thought was the best of the entertainment. They called themselves The Real Tones. They played and sang music from the 50s, 60s and 70s. We recognized most of the songs. Some people even danced to the music. 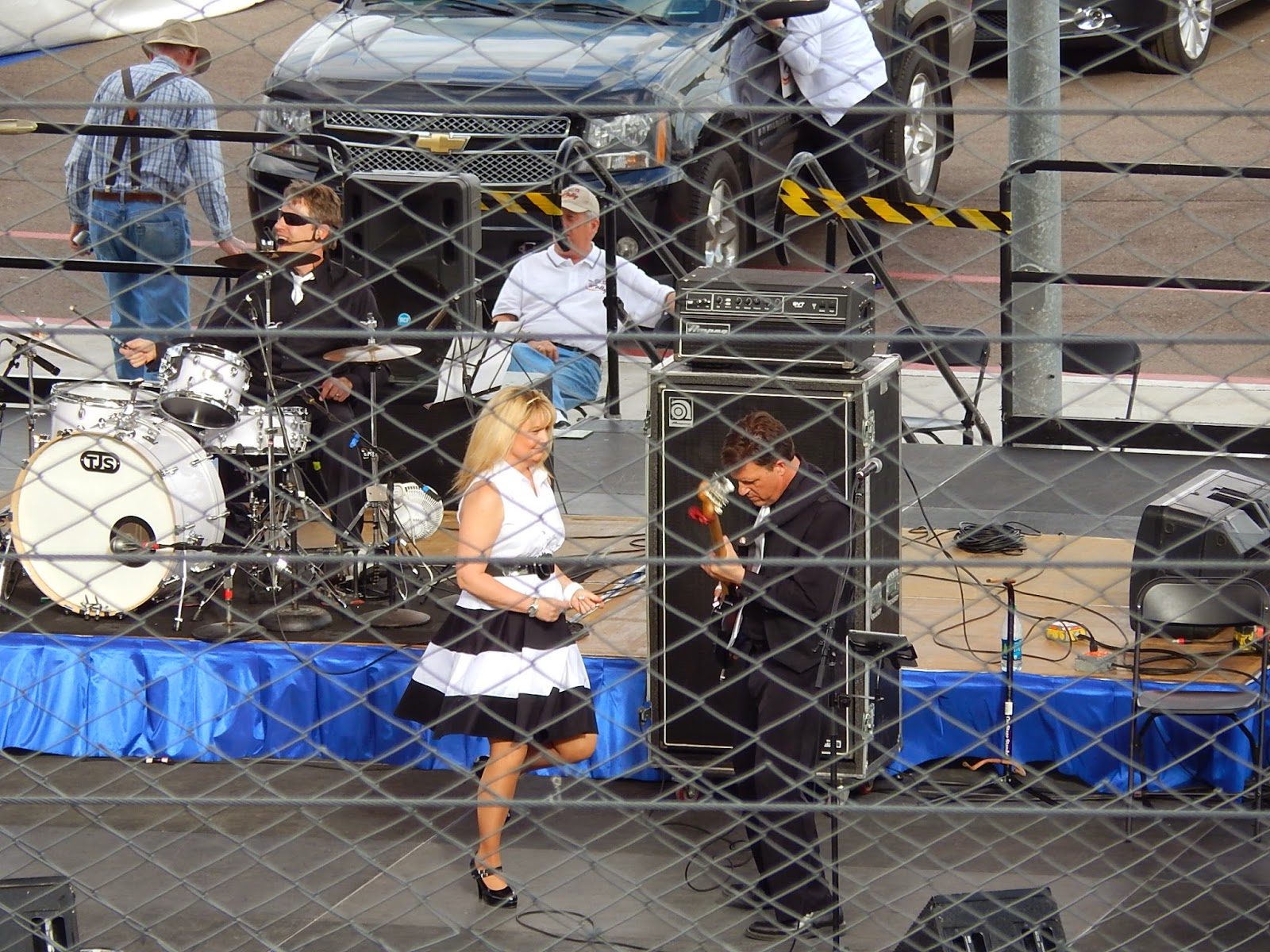 It looks like about half the RVs left today, but there are still a lot left. We all are supposed to be gone by 11:00 tomorrow. I'm afraid it is going to be a real zoo to get out of here. 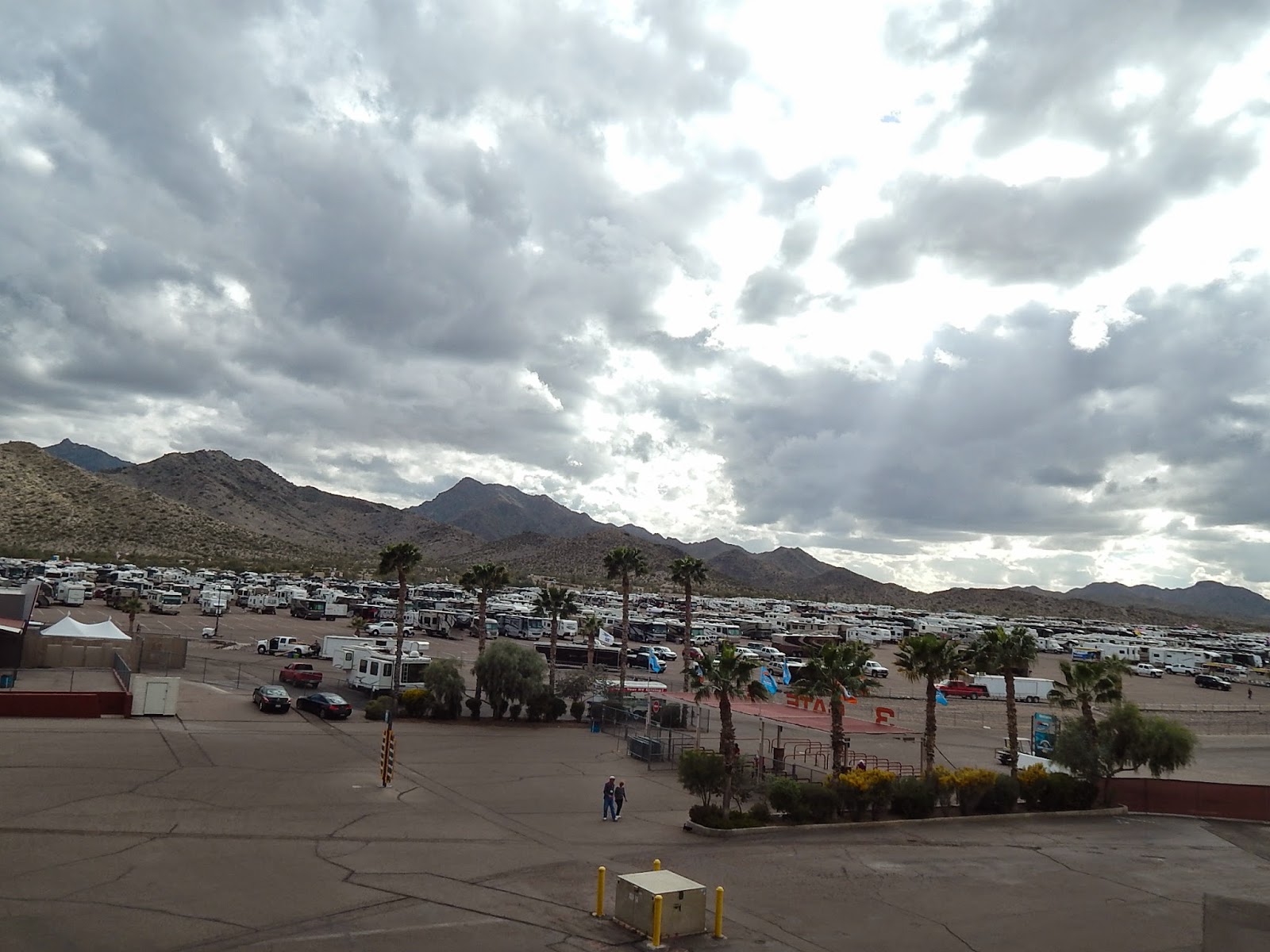 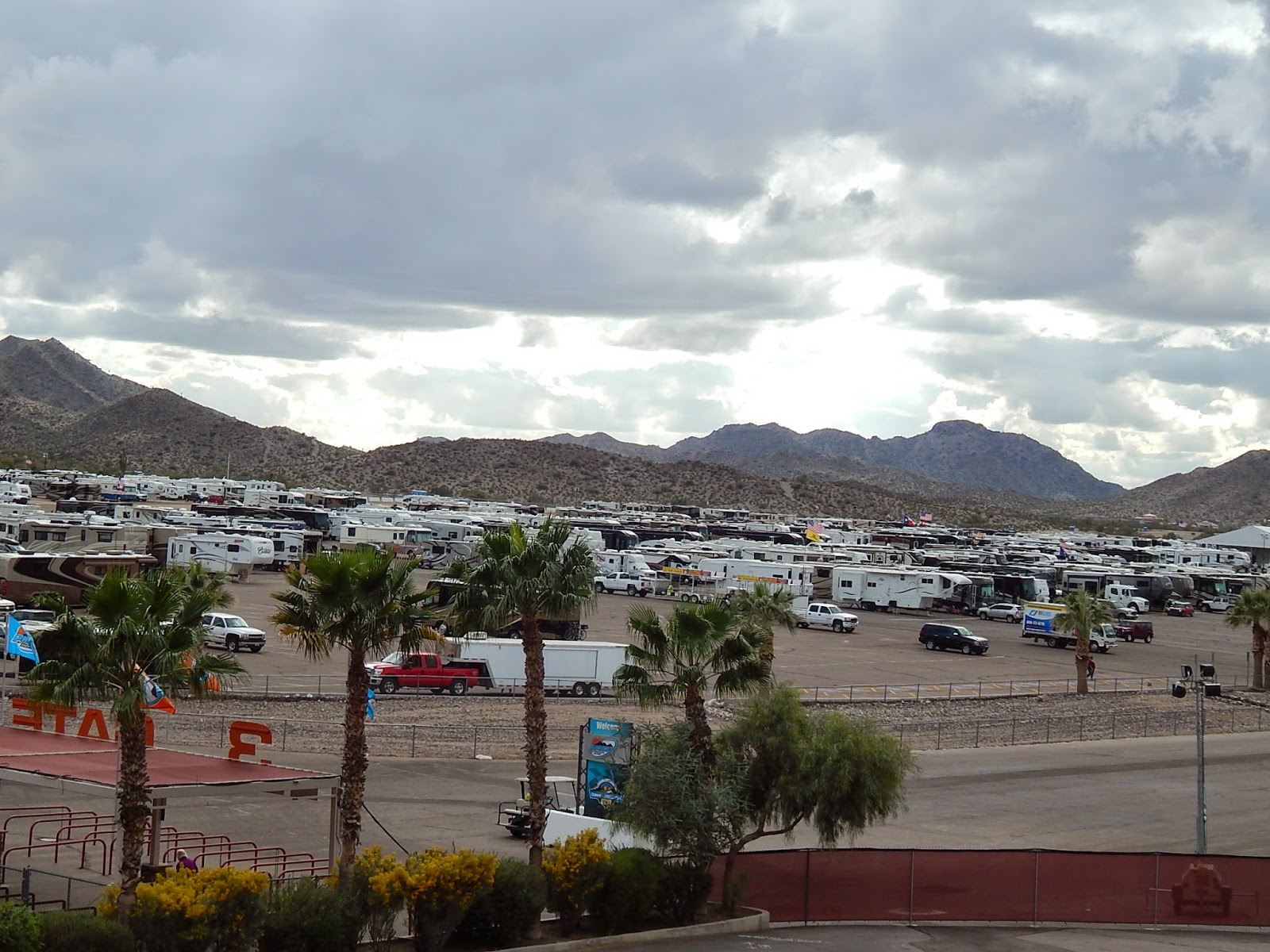 Tomorrow we have about an hour and a half drive to a Park in Mesa. We have been boon-docking since Wednesday and it will be good to have full hook-ups again. We haven't spent a lot of time in the trailer and the solar has been good enough.

A little while after we got here, I heard someone complaining about how unlevel the sites are. It really has been good not to have to worry about that anymore. Have I said how much I like the Level-Ups? lol

Thanks for visiting.
Posted by Ray and Cindy Warner at 5:50 PM