The weather here has been wonderful.

Sunday we went to a first timer’s orientation. They gave some tips for the RVers who had never been to an Escapade before. After that they had opening ceremony  for everyone. I was by the entrance door, when Kay Peterson, co-founder and escapee #1 came through the door into the assembly hall. She gave me a big Escapee hug. 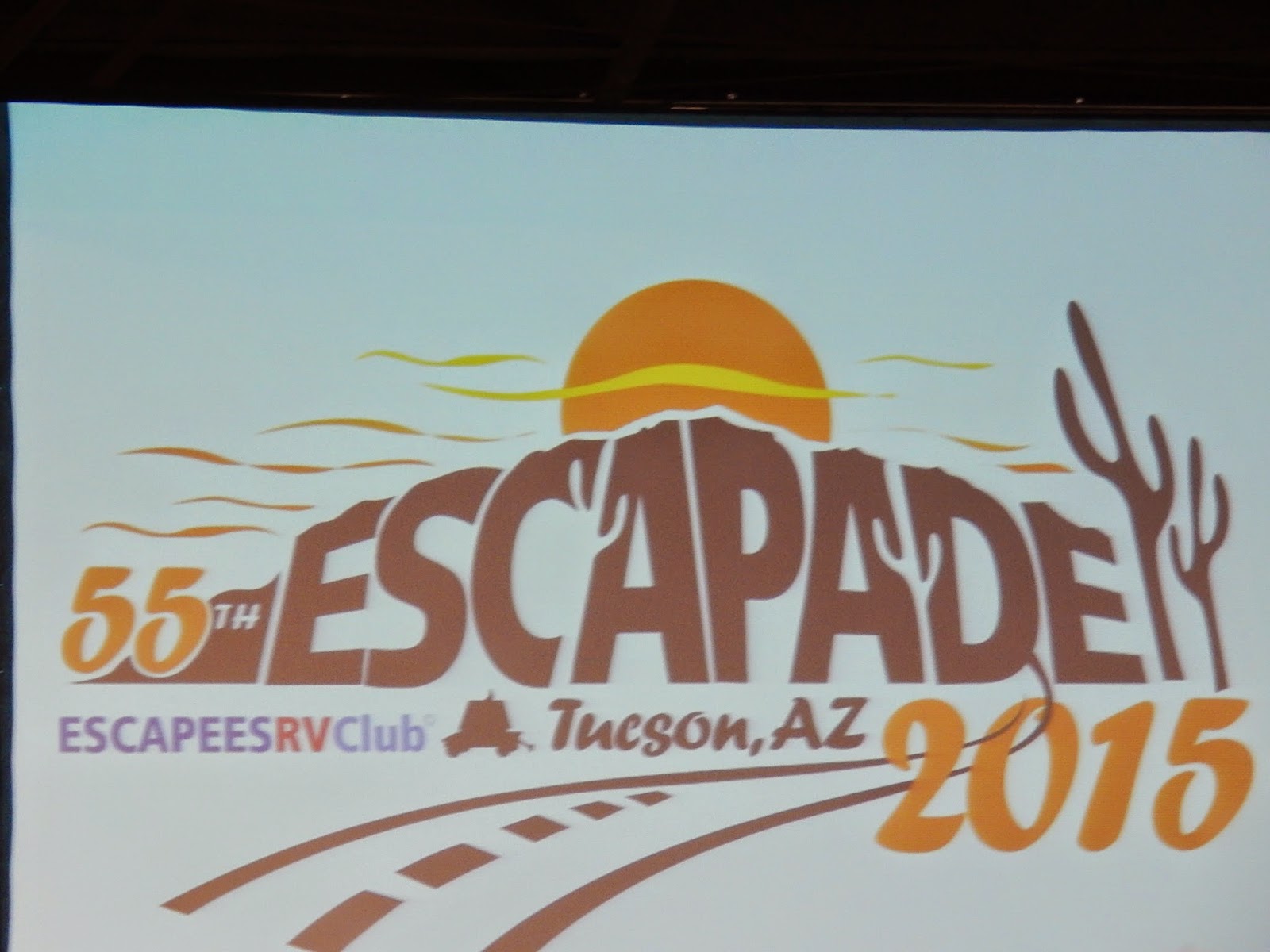 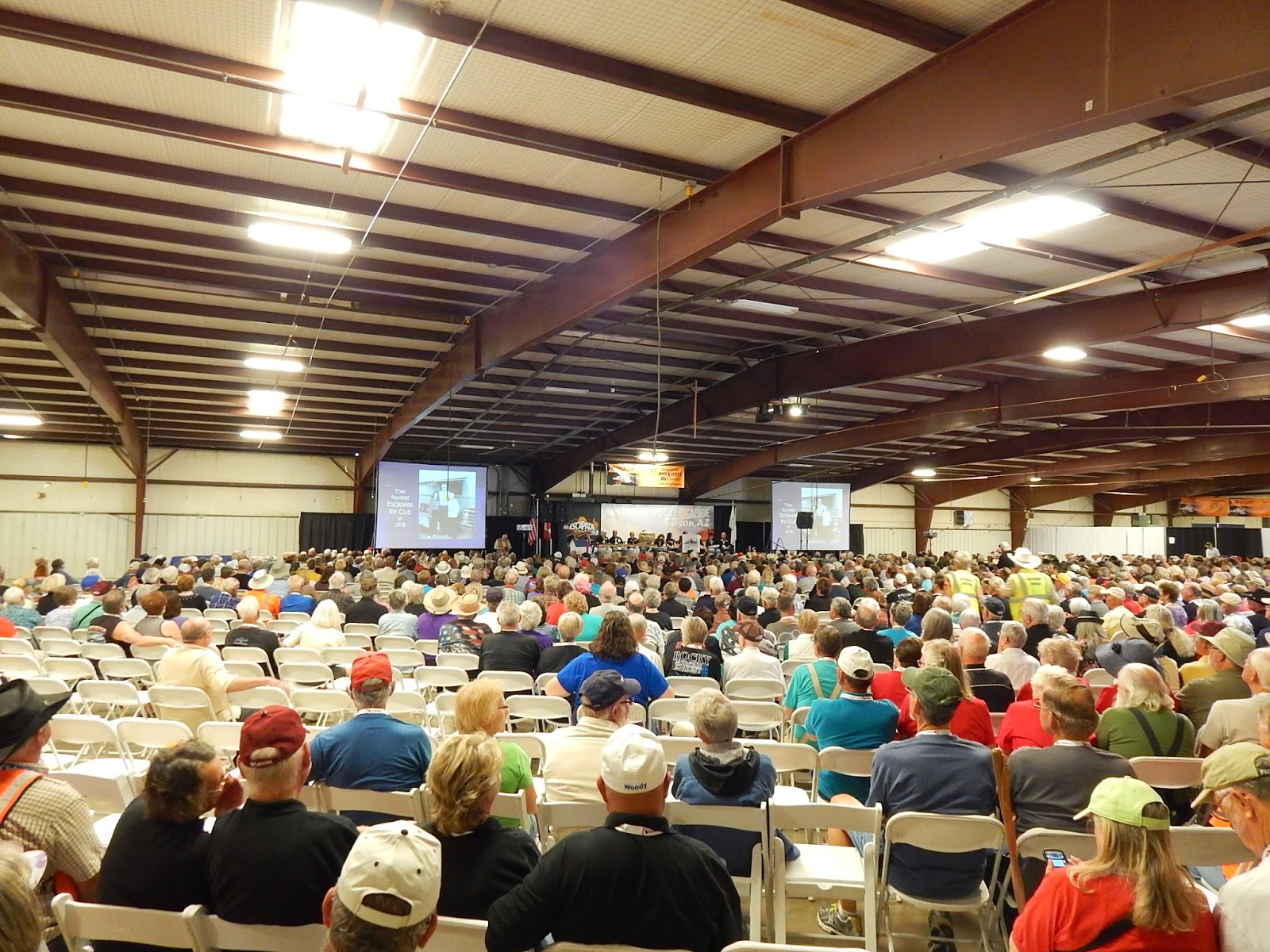 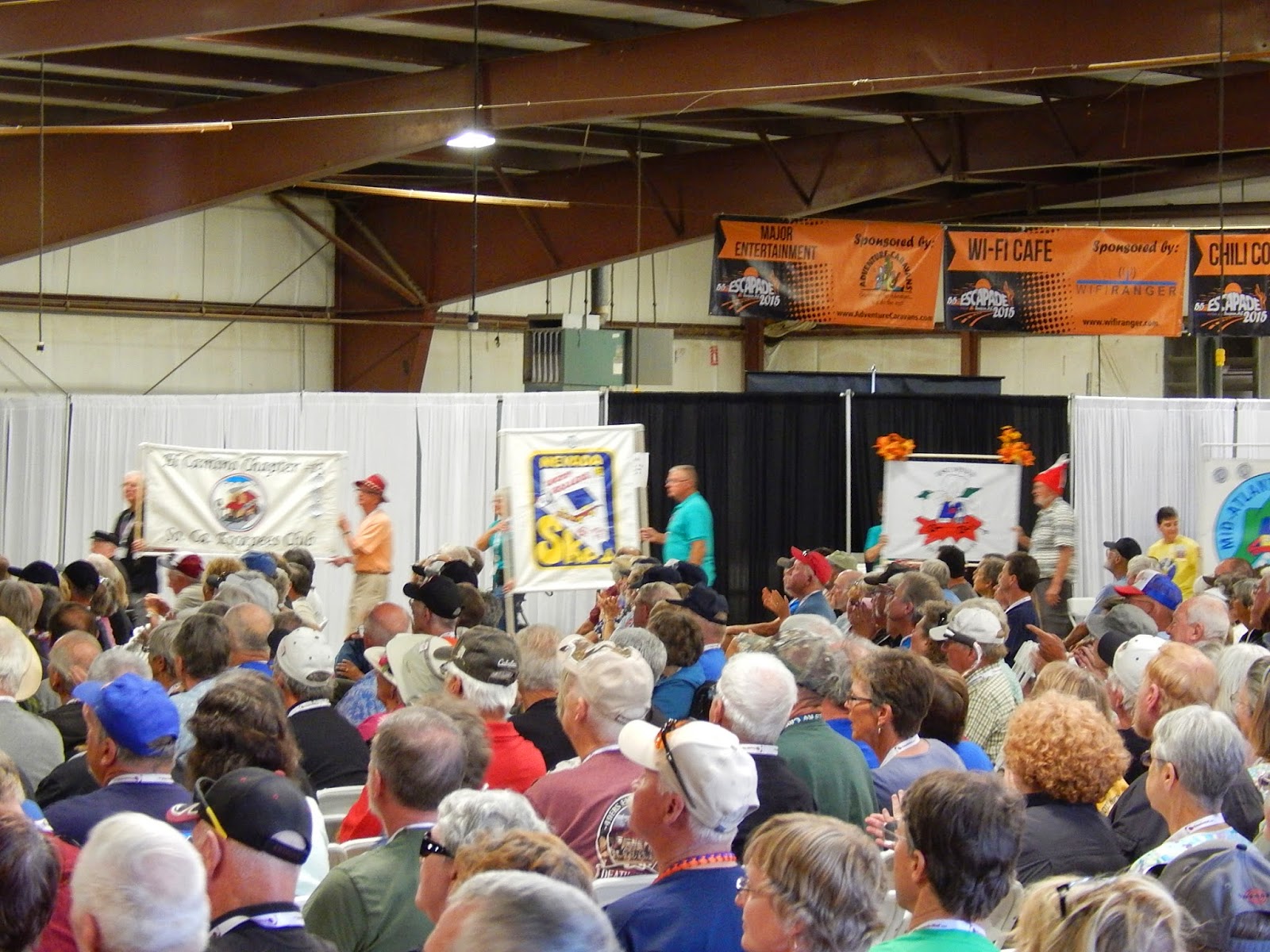 During the assembly they introduced all the Escapee officials and Staff and those responsible for this Escapade, The 55th Escapade.

One of the speakers was Kay Peterson. She is 88 years old and is quite a character. She talked for a while and her grandson talked about a new branch of Escapees they are starting for the younger RVers. 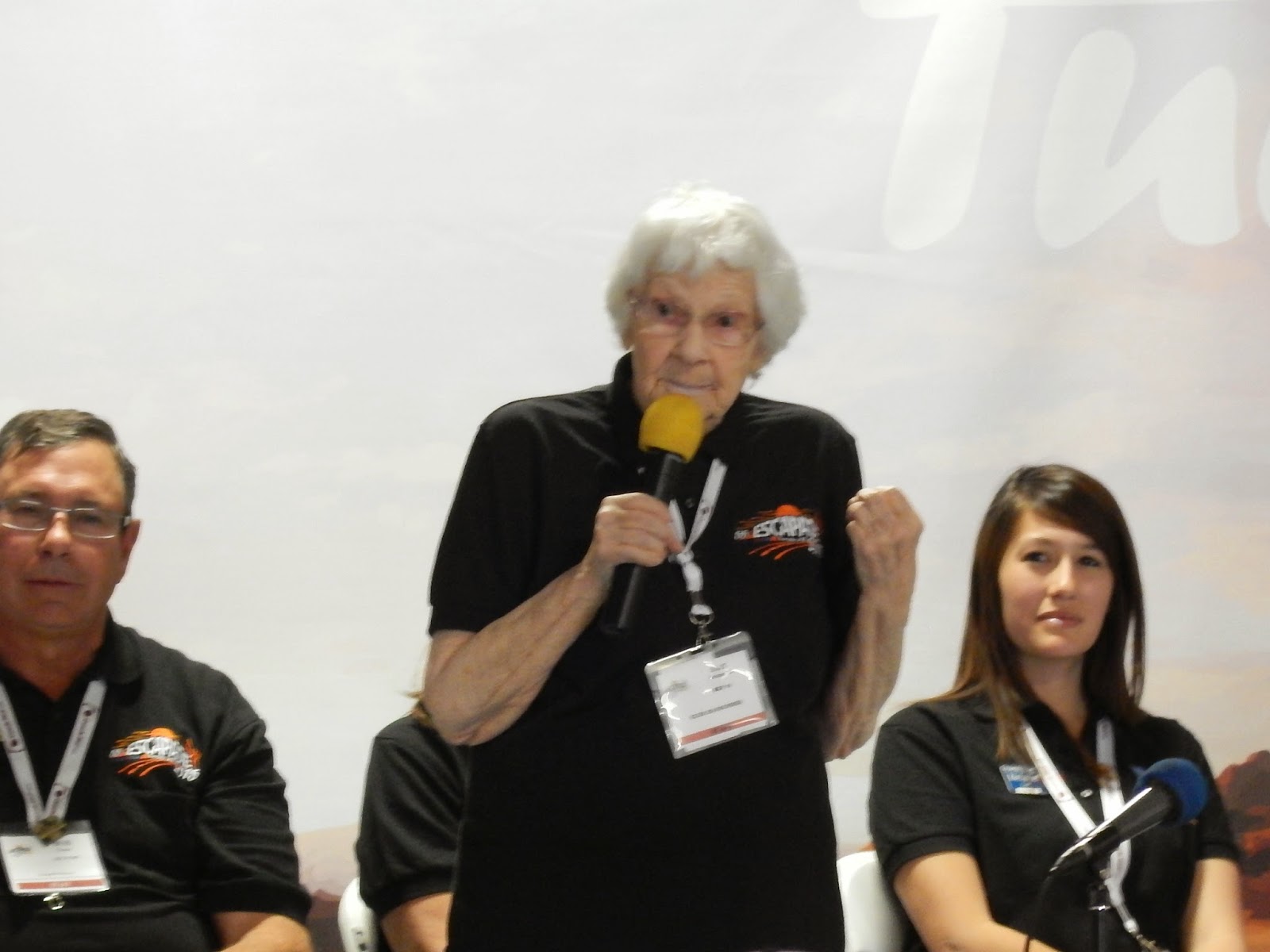 The evening entertainments were a husband and wife team that was very good. It seems that they have performed all over the world. They were excellent.

Monday we both went to several seminars, two put on by Nick Russell. In one of them he talked about oddities around the US. One story is about who is buried in Daniel Boones tomb. It seems that Daniel Boone got mad at Kentucky about the way he was treated on his homestead in Kentucky. He got so mad, that he moved to Missouri. It seems he bought a burial site for he and his wife. When his wife died, when they were digging her grave, they found the bones of someone wrapped in a blanket. That was the way the slaves were buried. So when Daniel Boone died, they buried him to miss the bones. After a while, Kentucky wanted Daniel Boone buried in a tomb in Kentucky and they took Missouri to court to get his and his wife remains taken to Kentucky. They dug up Daniel Boone’s wife and the set of bone wrapped in a blanket and took them to Kentucky. Several years’ later Missouri, who still claimed he was buried in their state, set up a Burial site in their state. Kentucky then had the graves they had dug up and examined, and they found that the bones they had were from a black male a lot taller than Daniel Boone. They tried to get his remains and this time lost the court case. 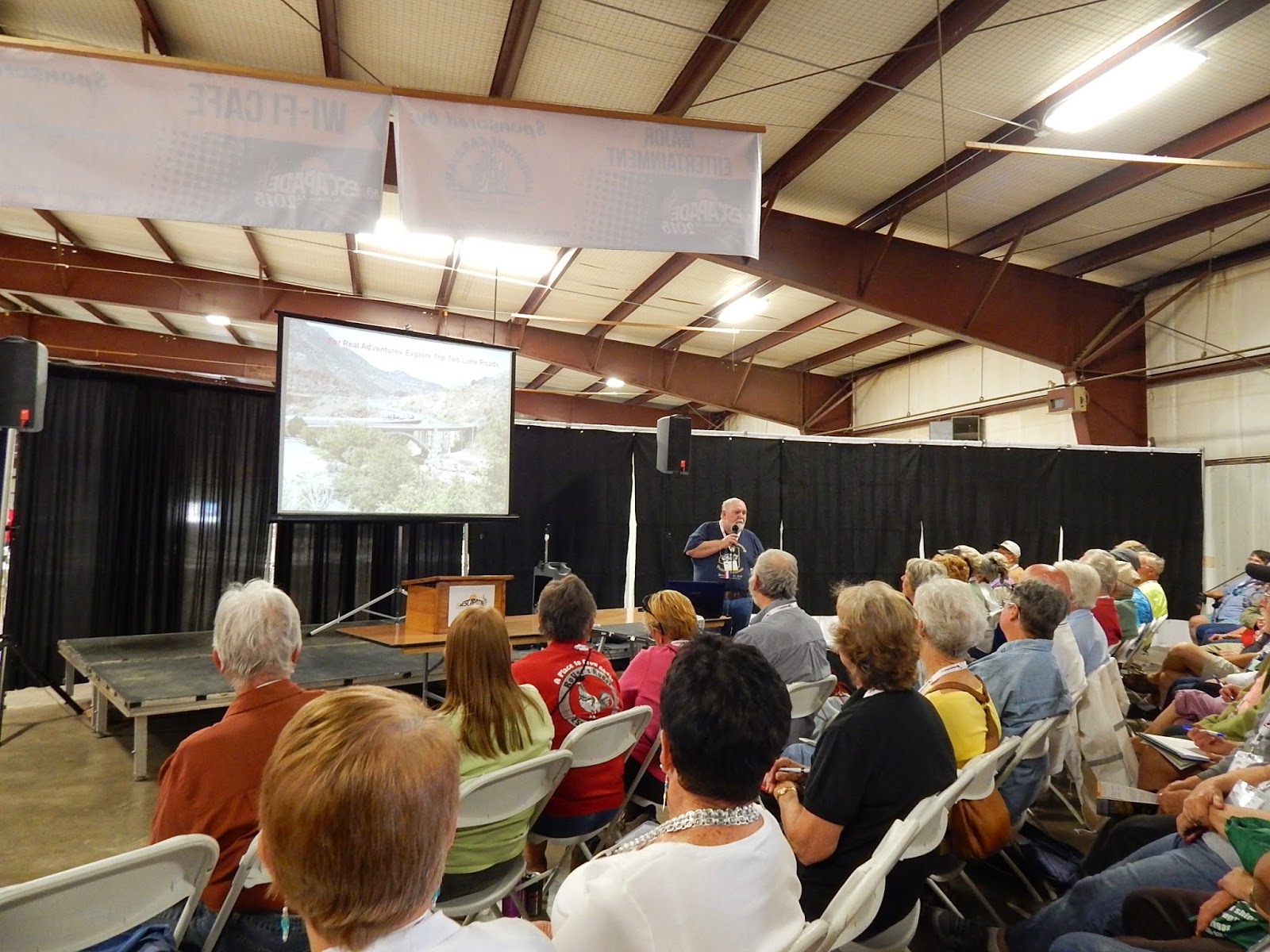 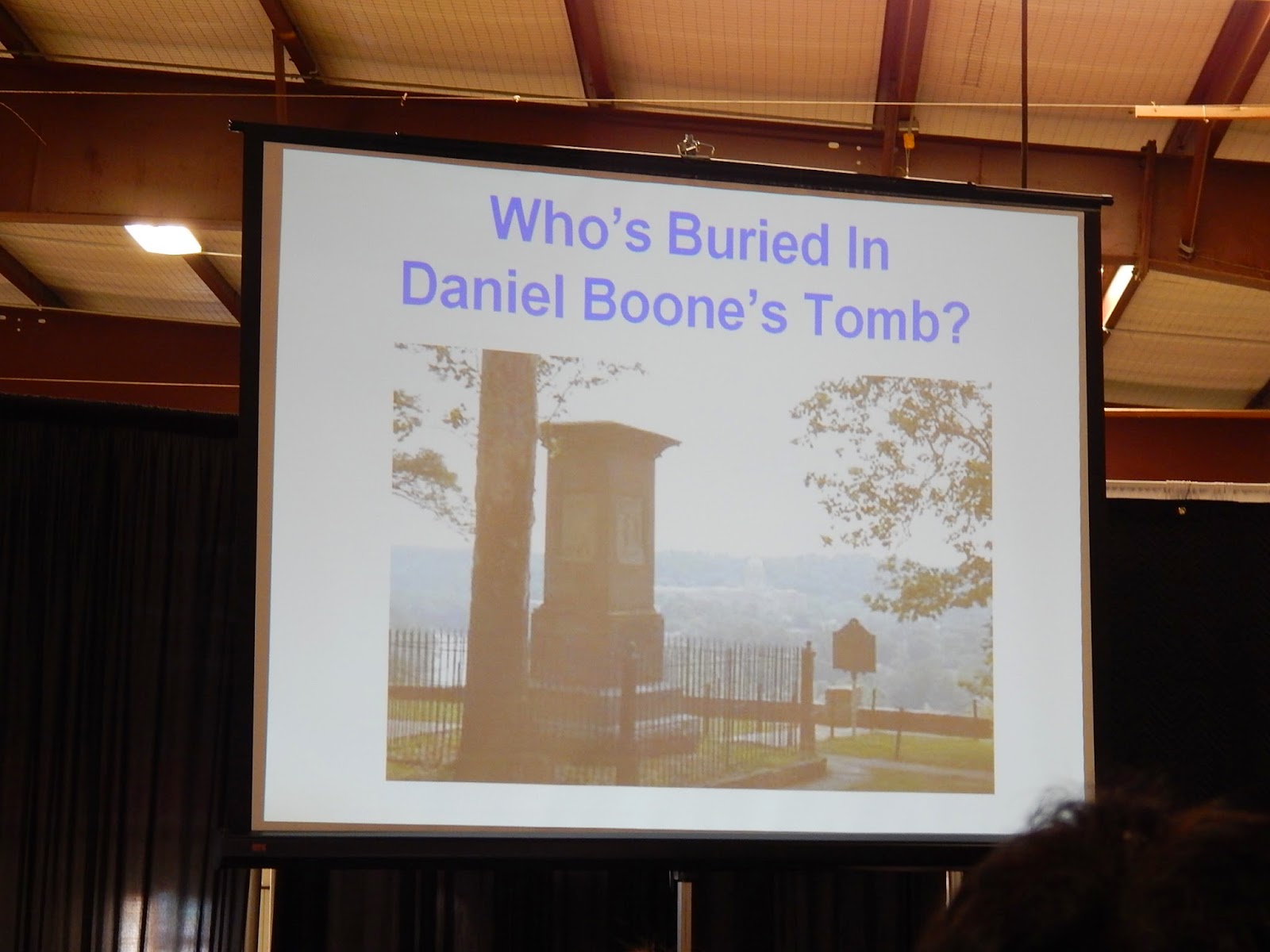 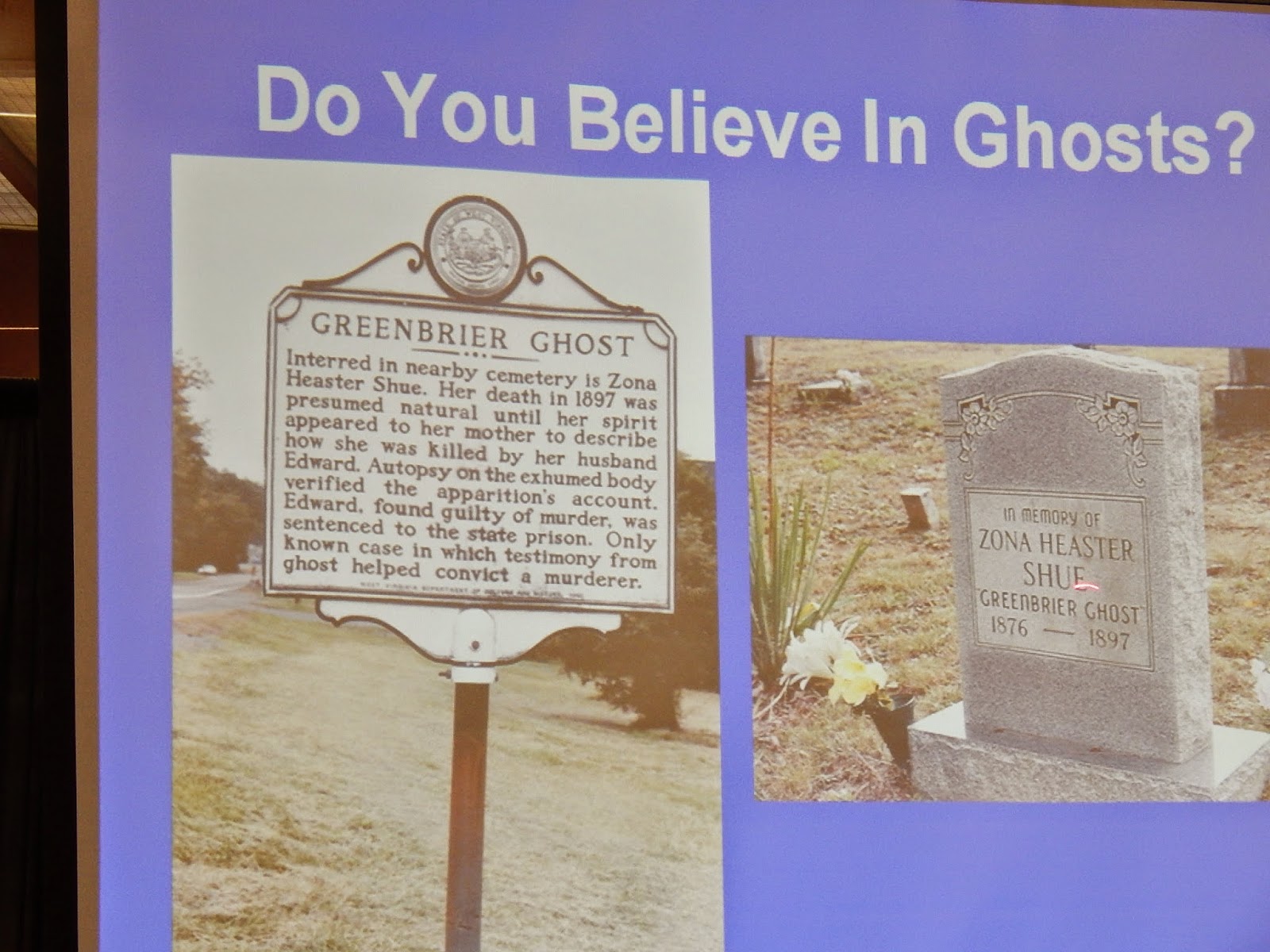 Another example was a young lady was found dead, and her death was determined to be natural. Her mother then reported that her daughter came to her four straight nights saying her husband chocked her to death. She was disinterred and the results of the autopsy found she had died of strangulation. Her husband was convicted of murder, all because of the testimony of a ghost.

He had several examples of this kind of oddity.

I thought the evergreen arch in the fair grounds was kind of striking. 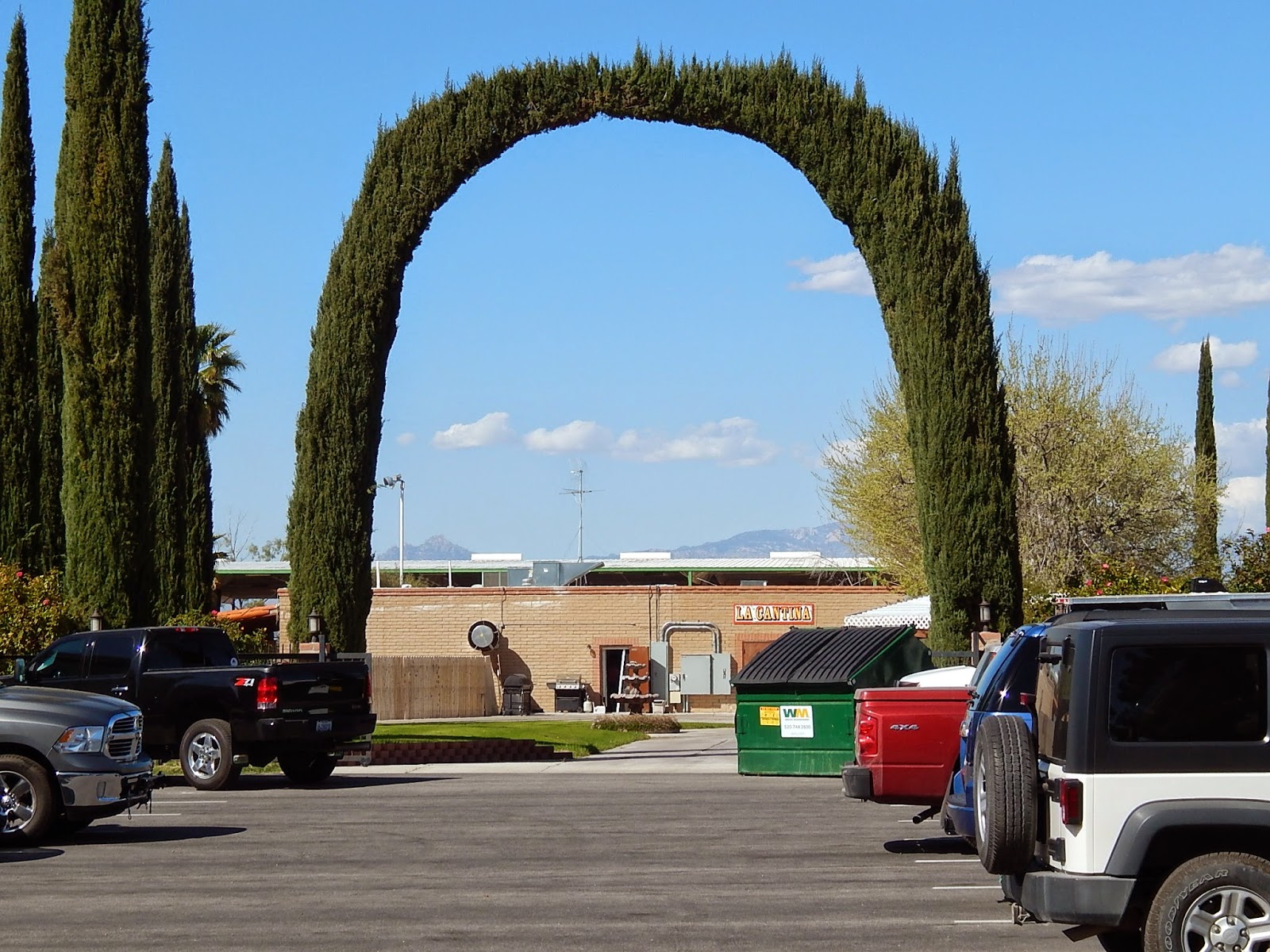 We see this little face in the trailer window every time we come home. 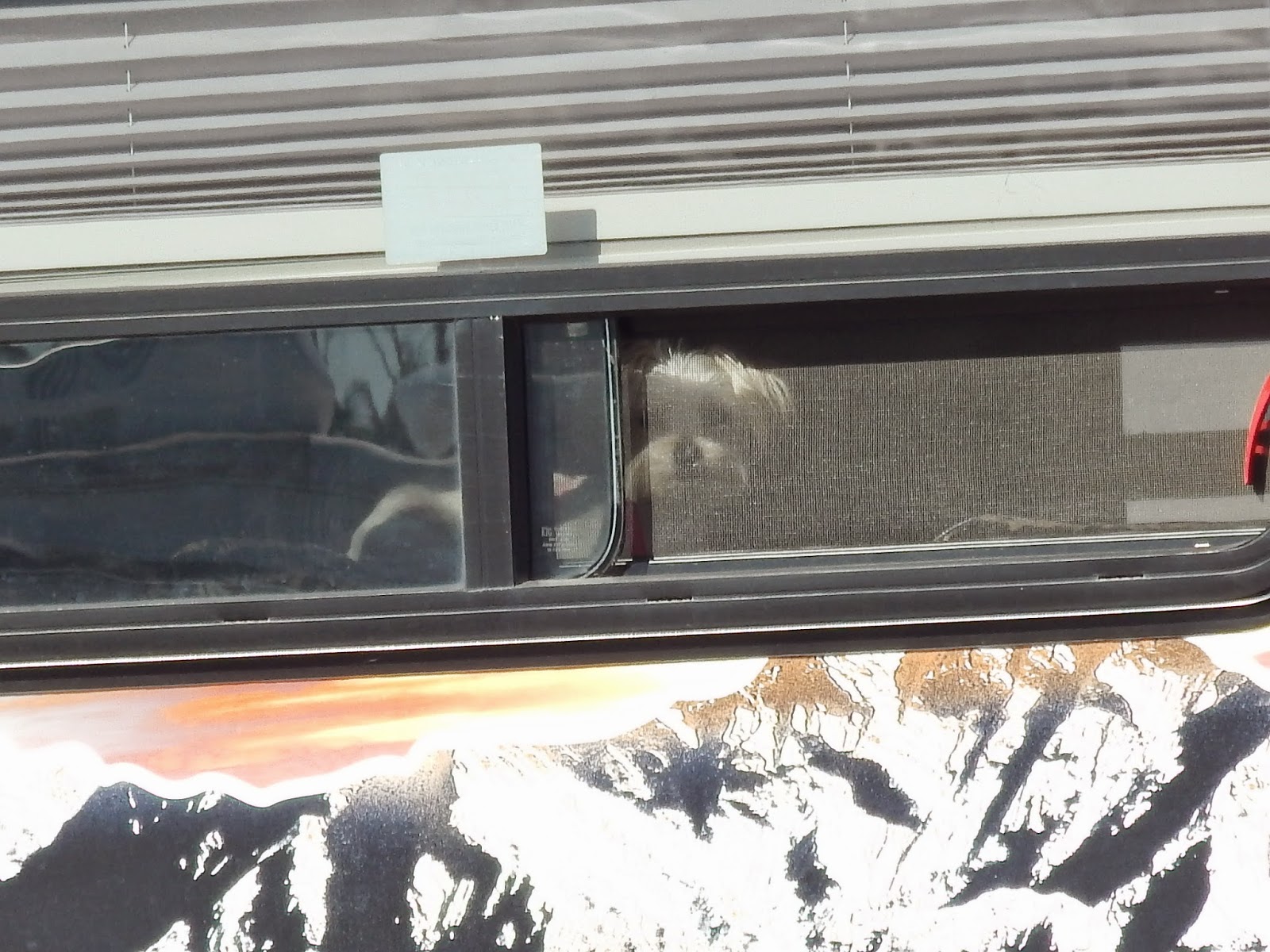 We had a First timer get together yesterday afternoon. 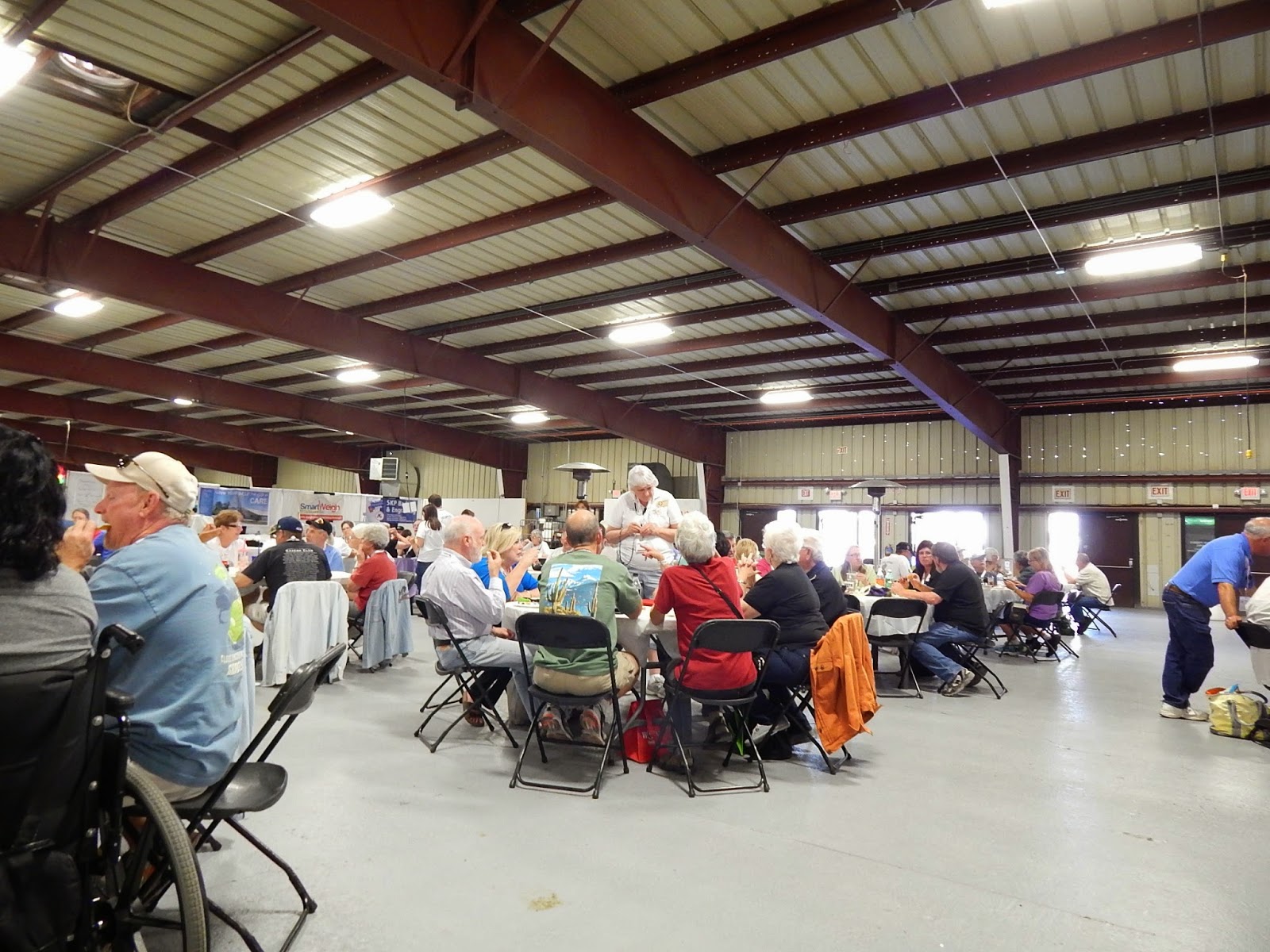 Last night we had a mentalist for entertainment. 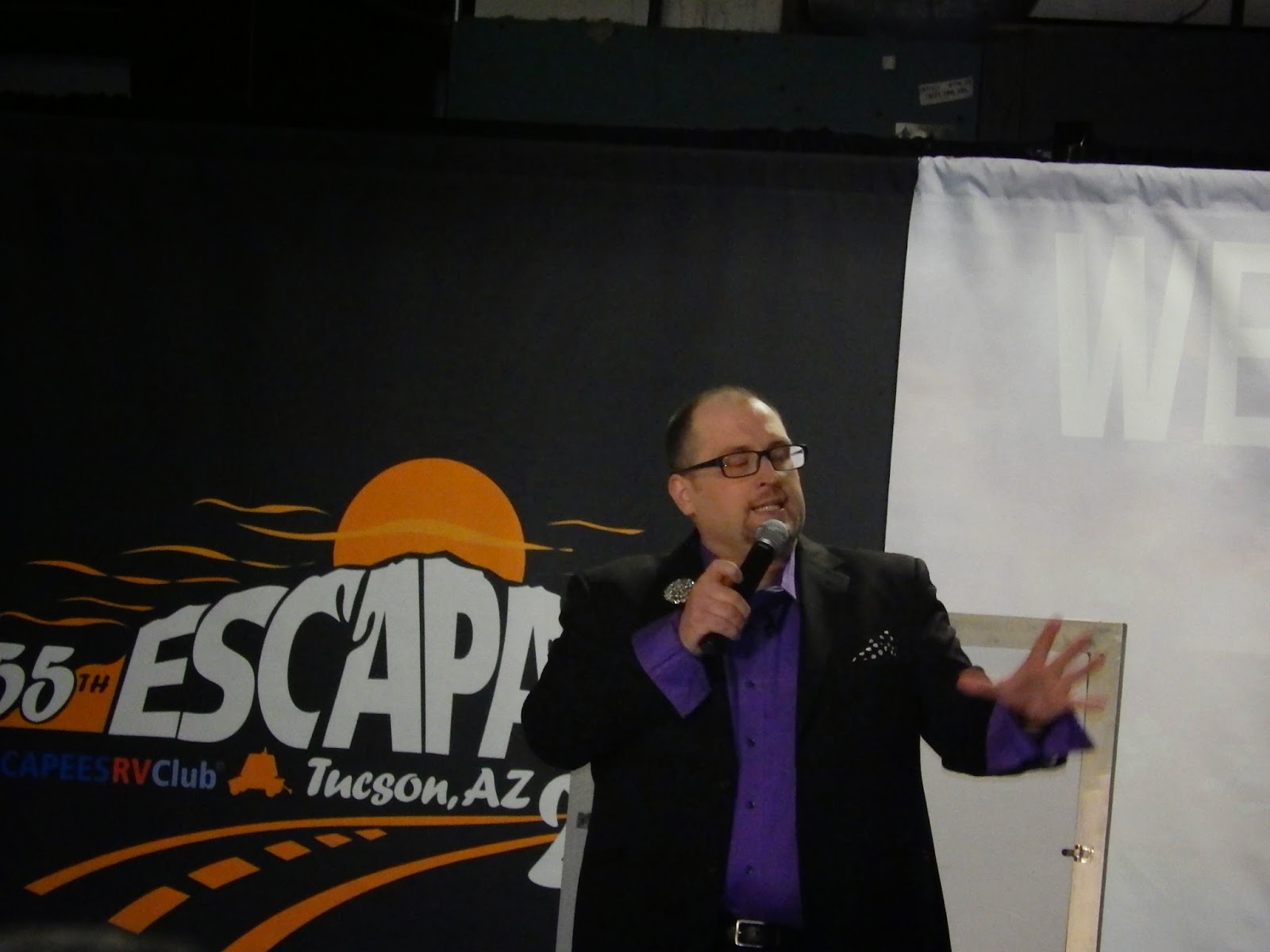 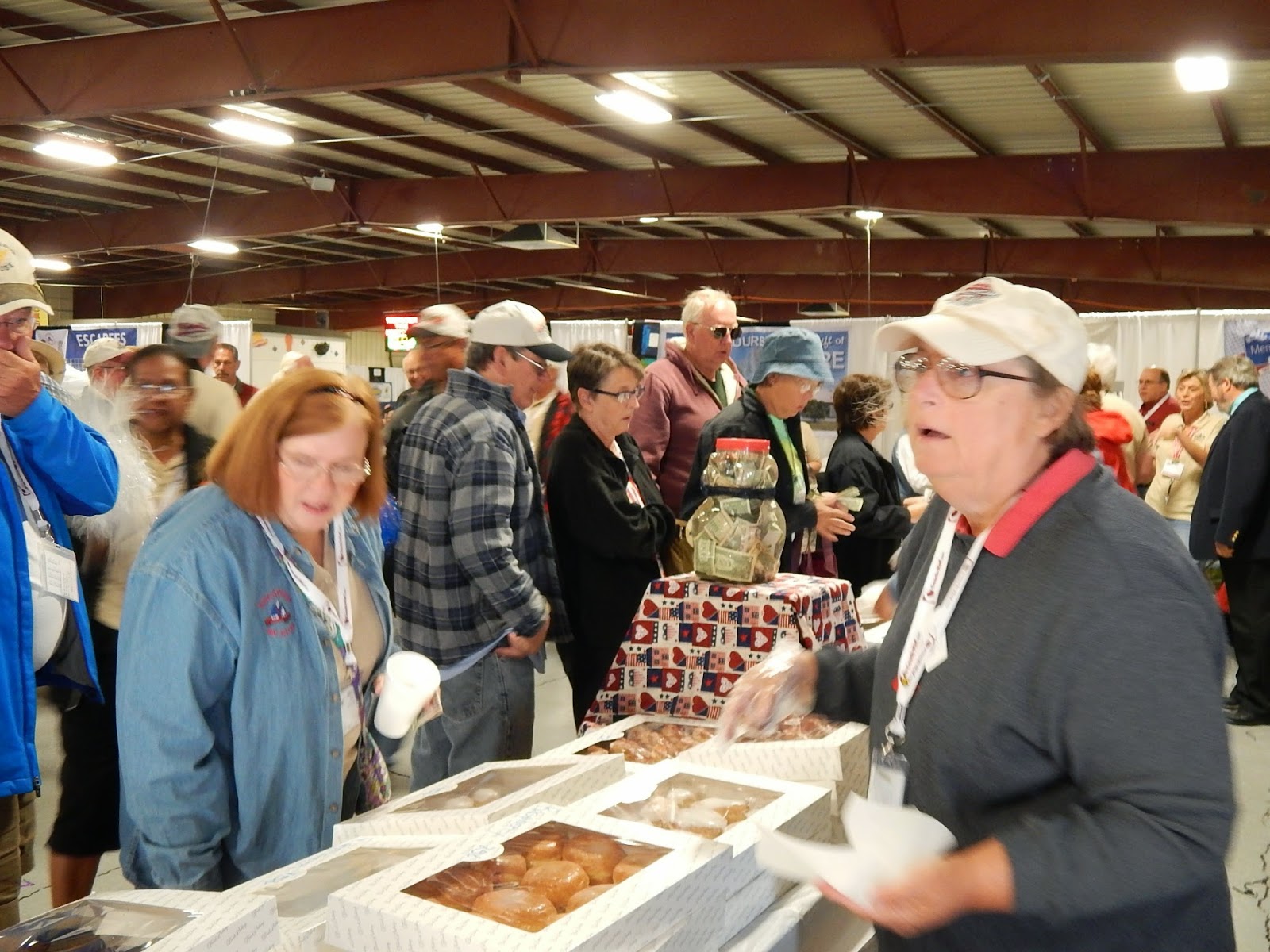 This morning was doughnuts for CARE. 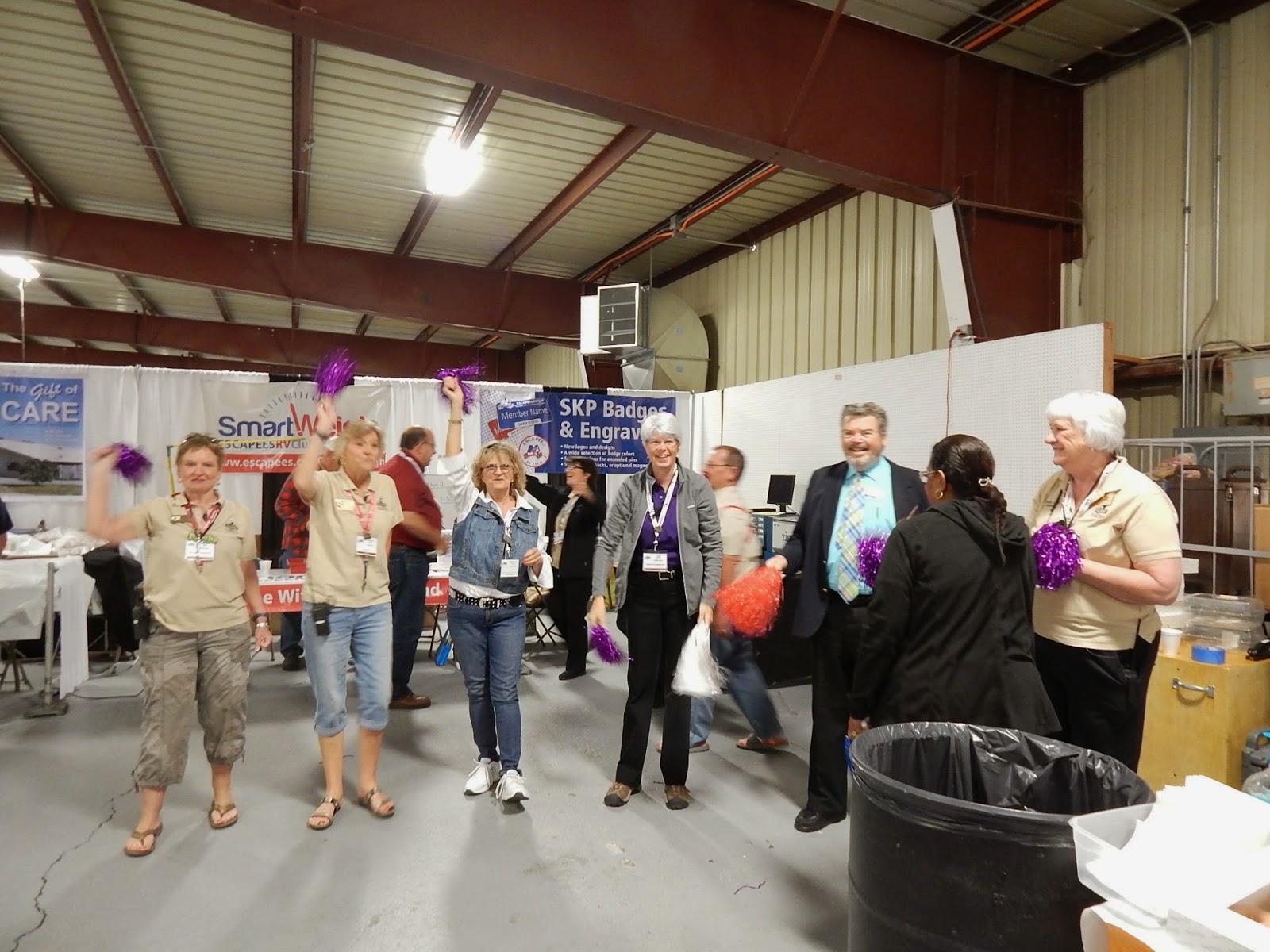 Today we have attended some more seminars today and have the evening free.

Thanks for visiting.
Posted by Ray and Cindy Warner at 4:20 PM