What a Crazy Place 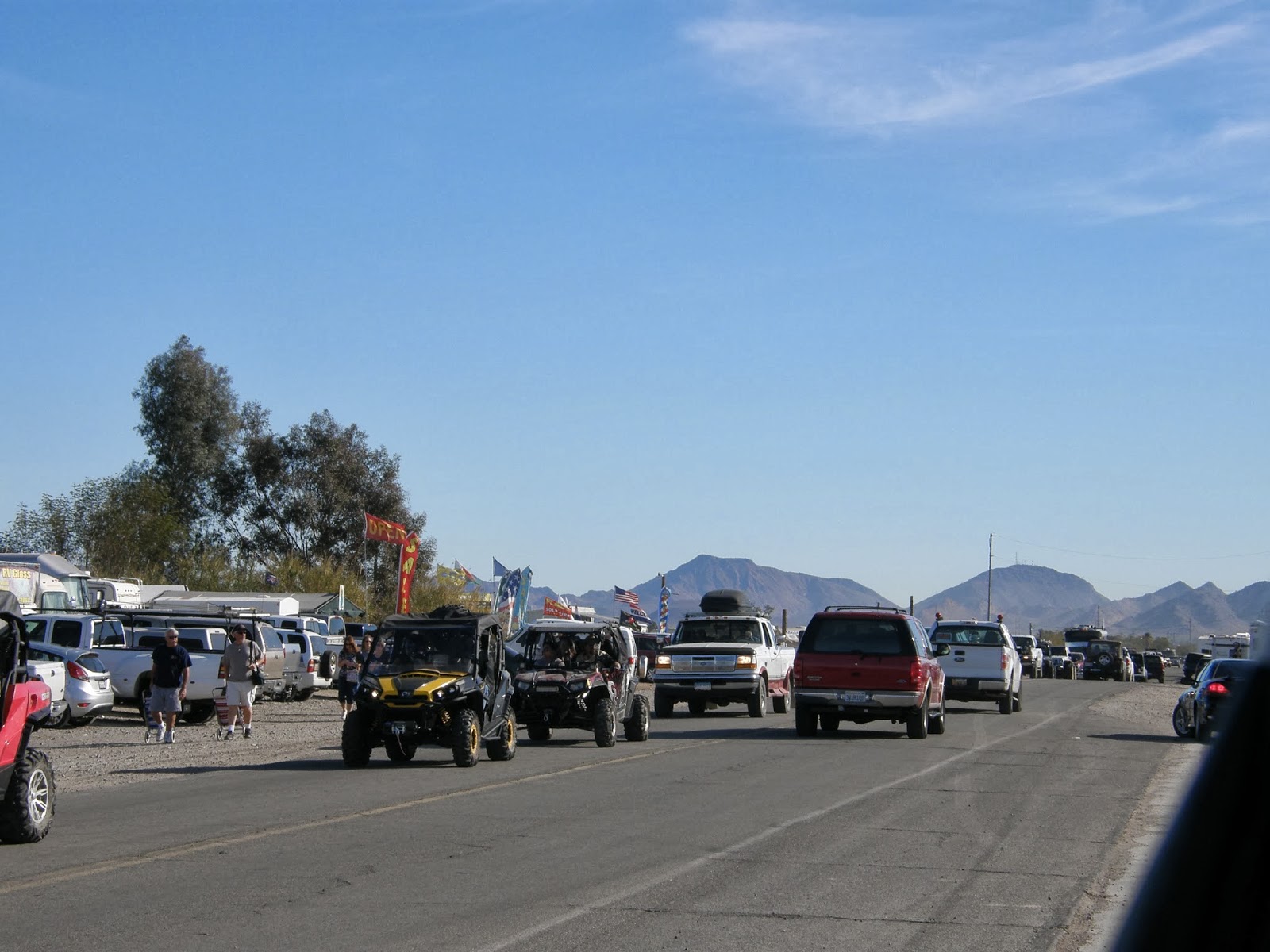 Today Cindy is finally starting to feel better, and we drove to town. We had decided to wait until next week to go to the big Tent Show. When we got to Main Street the traffic was totally crazy. There was a line of traffic backed up from the road by the tent and flea market over I10 clear to the corner by Main Street. And worse, it wasn't moving very fast. I wanted to go to The Gambler’s to get a co-ax part and ended up double parking, while I went in. I did leave Cindy in the truck with the keys in case we had to move. 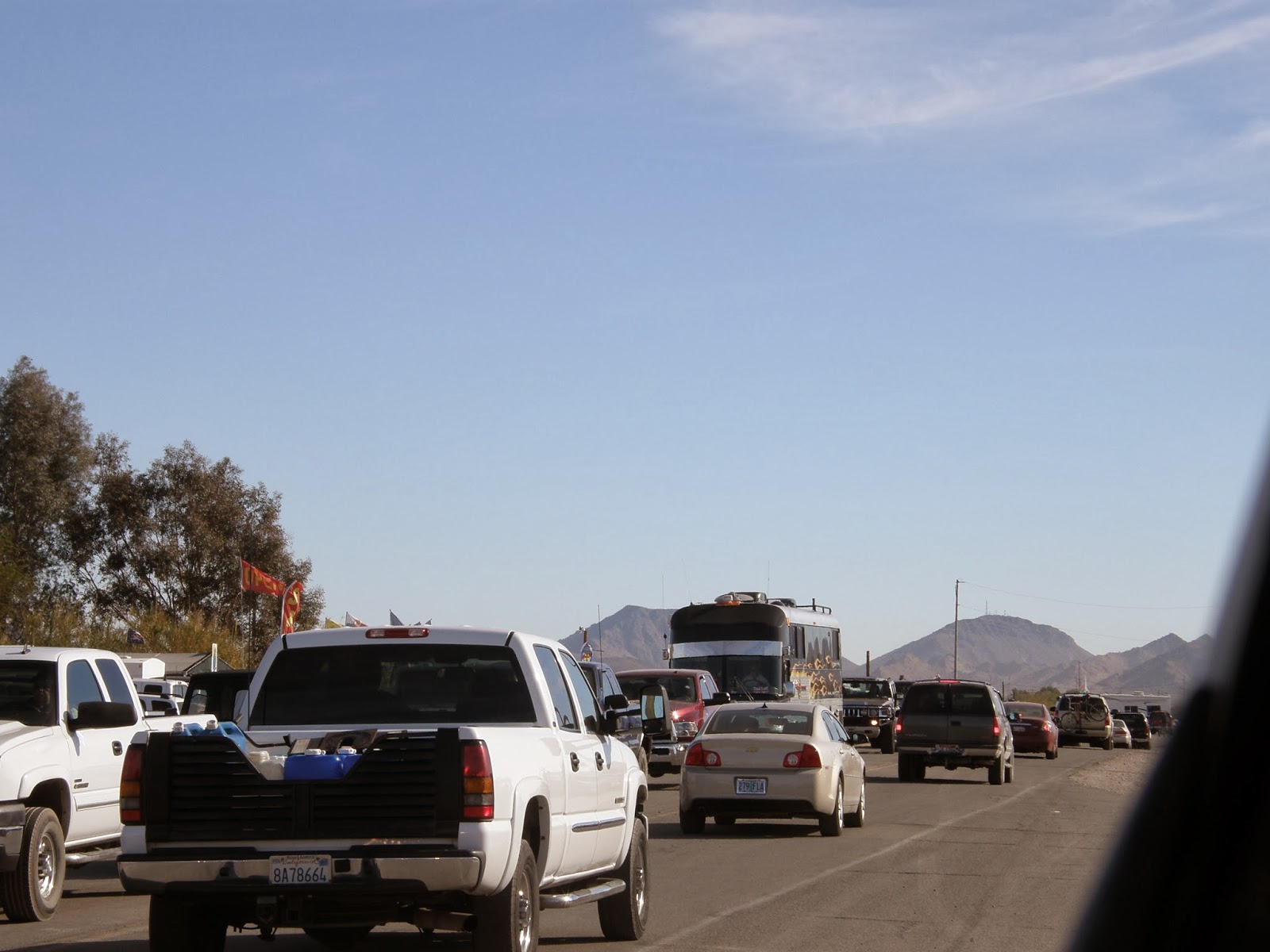 I ended up having to go to the hardware store to get what I wanted.

We decided to go see if any of the Boomers we knew were at their Campground, but no one we knew was there. We did stop and check out their schedule and will probably move over there next week. They only have about 1/2 of the rigs there that they had last year. I wonder why?

By then it was lunch time, and we decided to let La Mesa RV buy us lunch. Today it was hot dogs and potato chips. Afterward we had to check out some of the Motor Homes while we were there. We only saw one Winnebago that we liked, but aren't willing to trade. It did have some nice features. 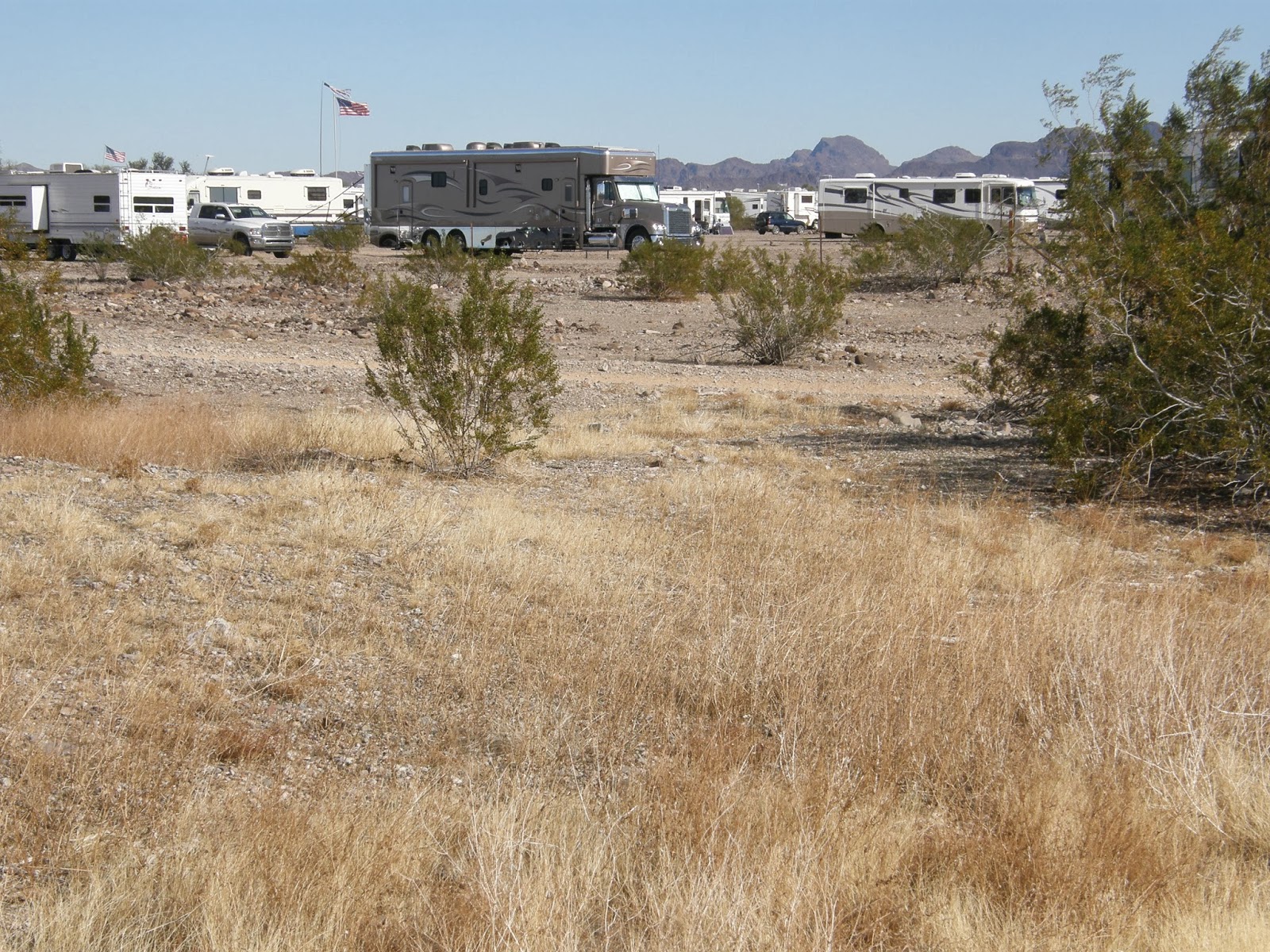 On the way back we tried to get a picture of all the Rvers parked in the desert. There are now a lot more than the first of the week. All the confusion in town shows it. 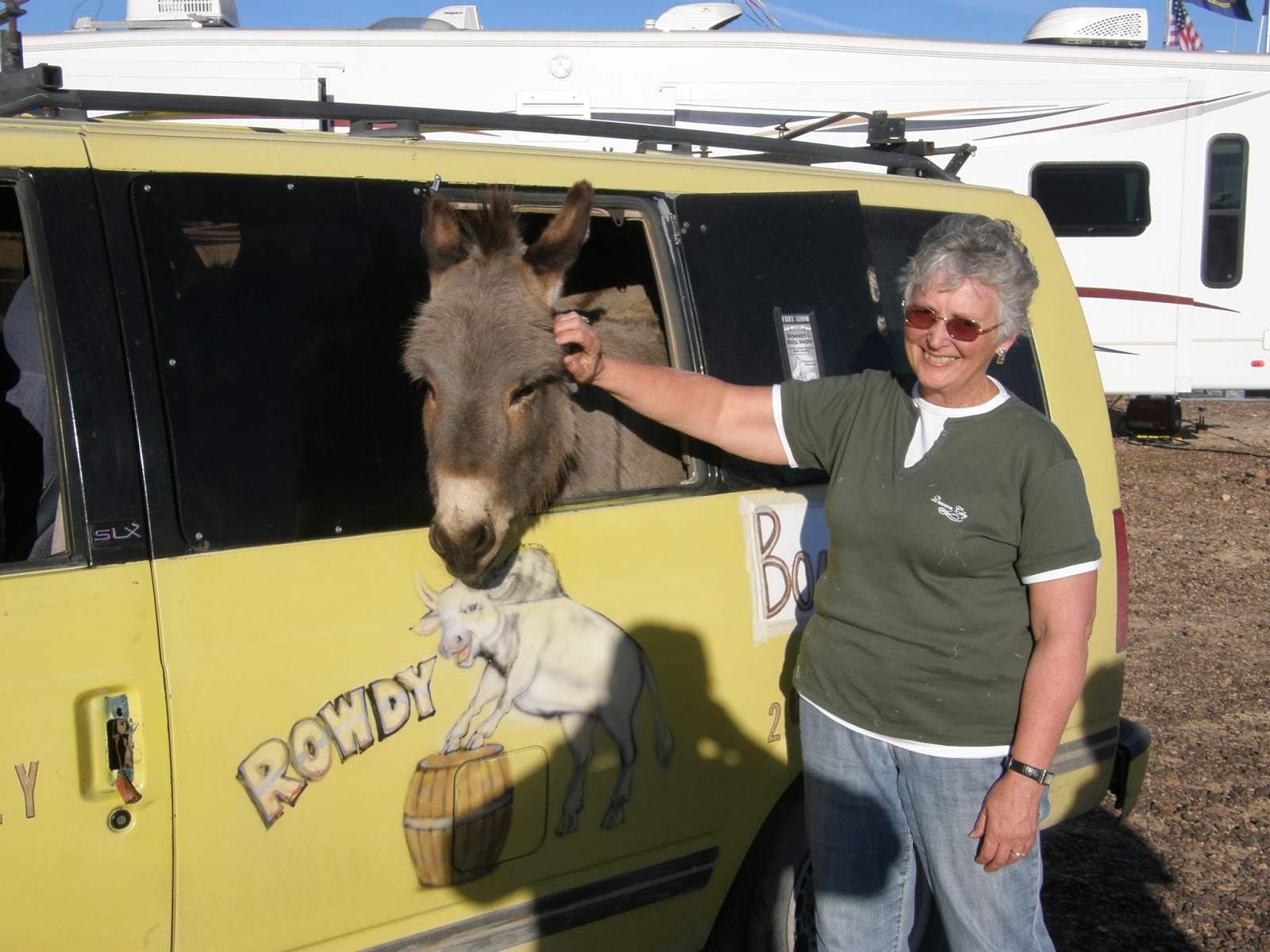 We were getting ready for happy hour, when Cindy looked out and there was a small van with a burro with its head hanging out of the window. She went over and got someone to take her picture with it and the bull on the other side. I guess the man that had the animals in the van has some kind of show going on and was driving around to get people to go see his show. 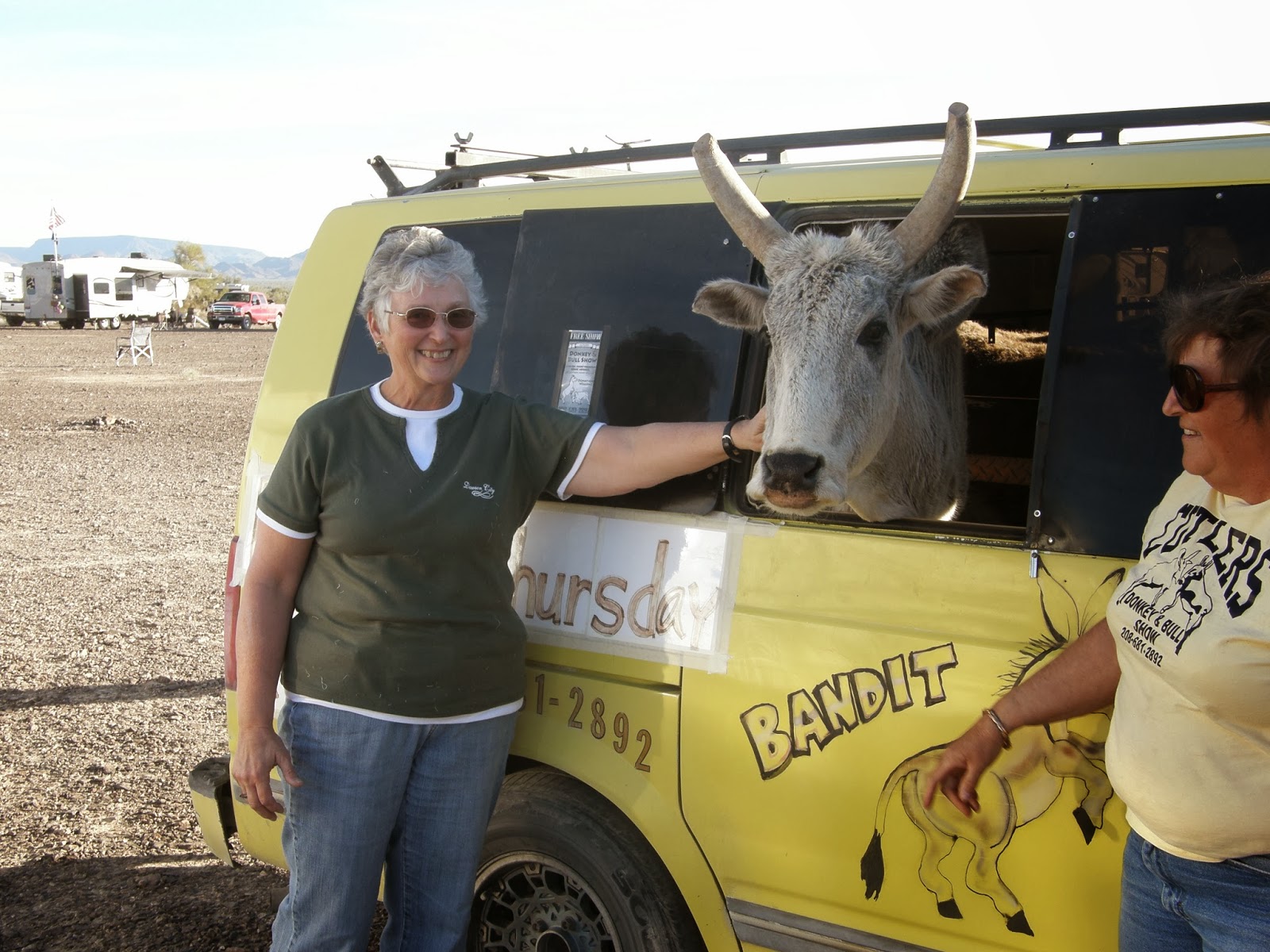 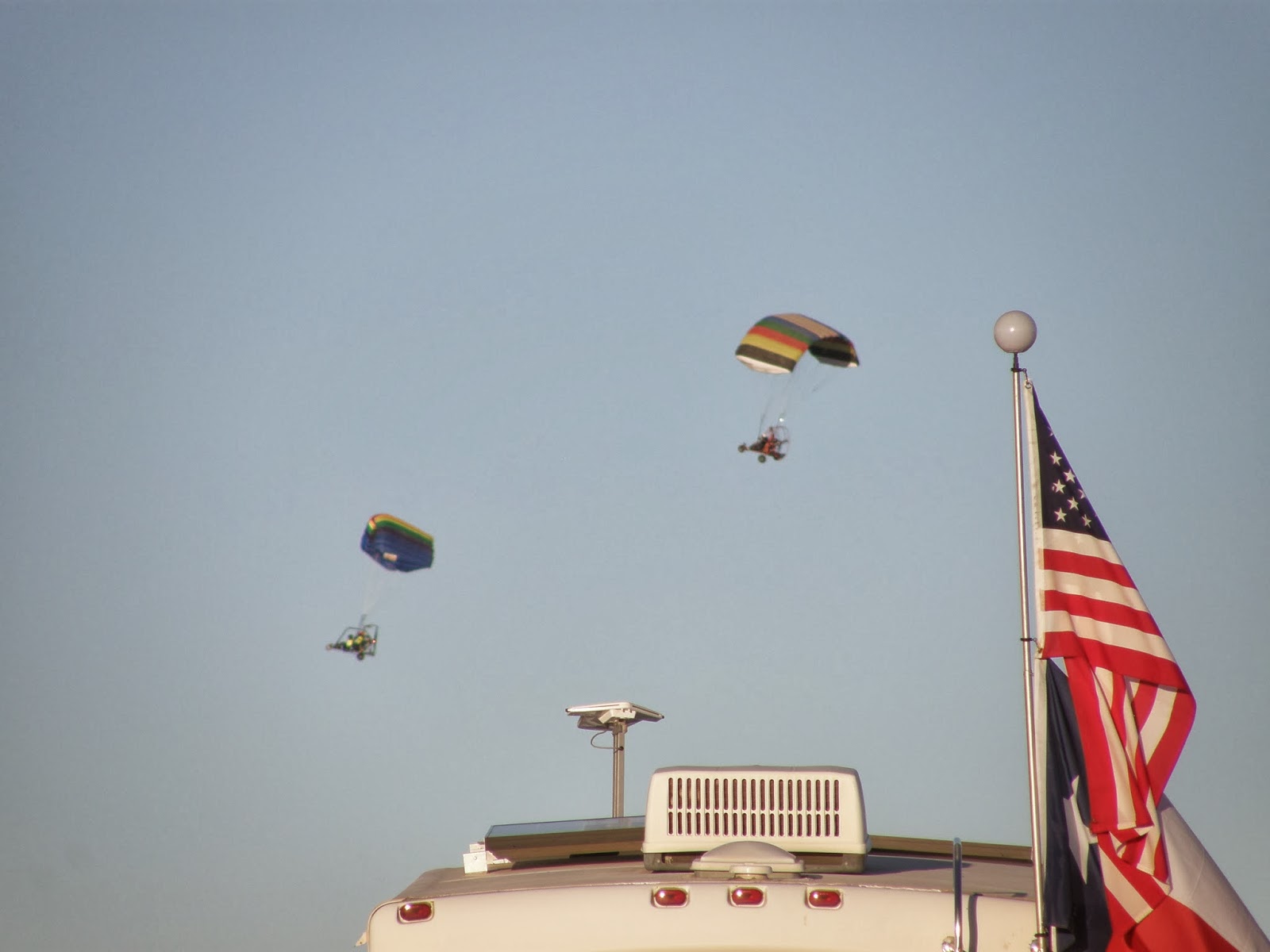 These ultra-lights were buzzing around this afternoon, and after Cindy took this picture one of theme went right behind the Circle close to the ground.

Thanks for visiting.
Posted by Ray and Cindy Warner at 6:37 PM