It has been cloudy all day with a little wind. It is still a lot nicer than if we were home.

Today we decided to let La Mesa RV buy us lunch again. They sure are good about it. Afterward Cindy   found a motorhome that she liked. It is a long Tiffin with a lot of nice features for only $306,000, after a $33,000 discount. I told her she needed to save her quarters! LOL We both know we are not really in the market for a new RV. 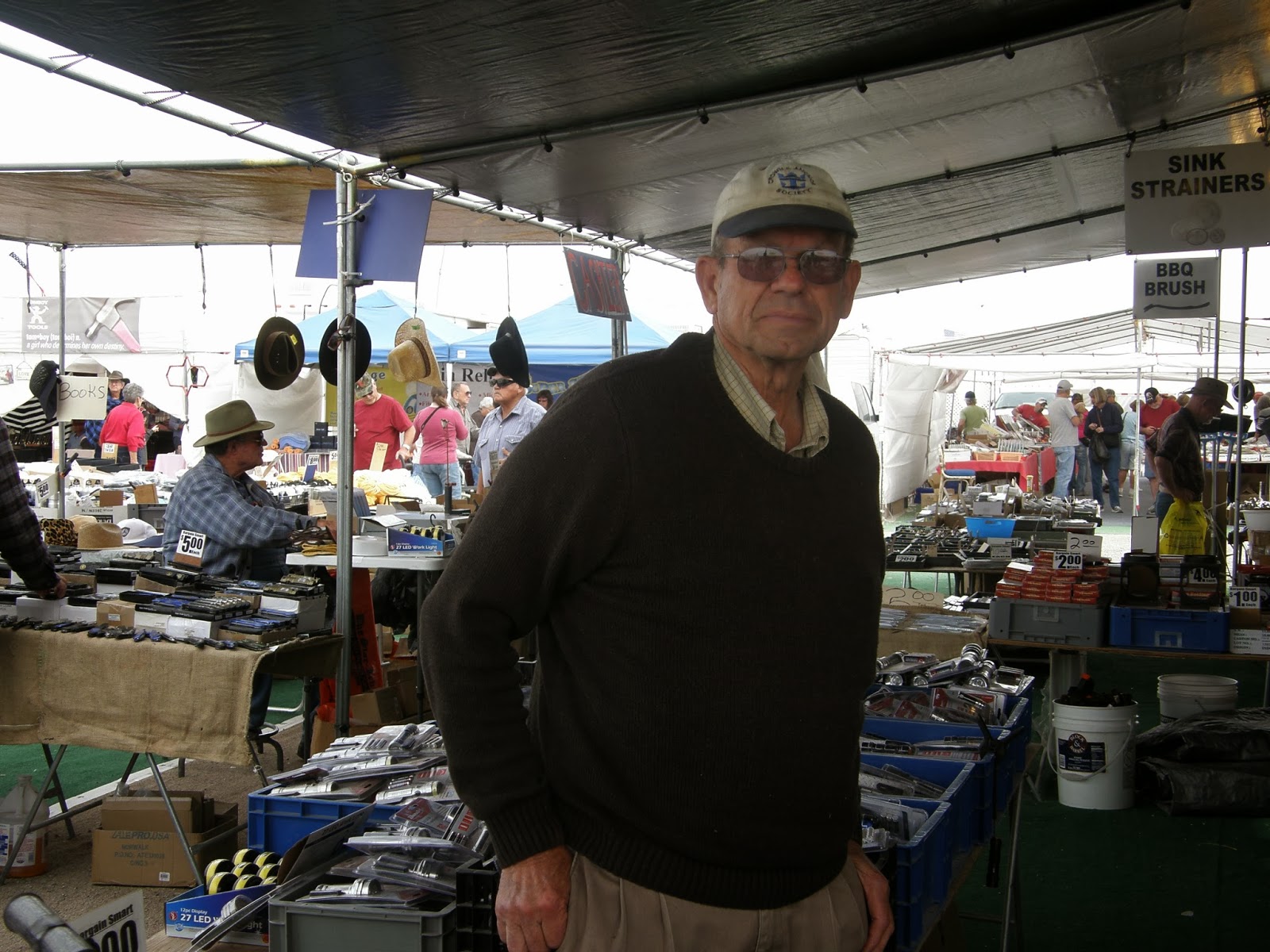 We then went over to Tyson Wells to look at some of the stuff the vendors had for sale. It is still a crazy place with hardly any parking. There are still lots of people looking for bargains. Cindy looked at some jewelry she liked, but we didn't buy anything. 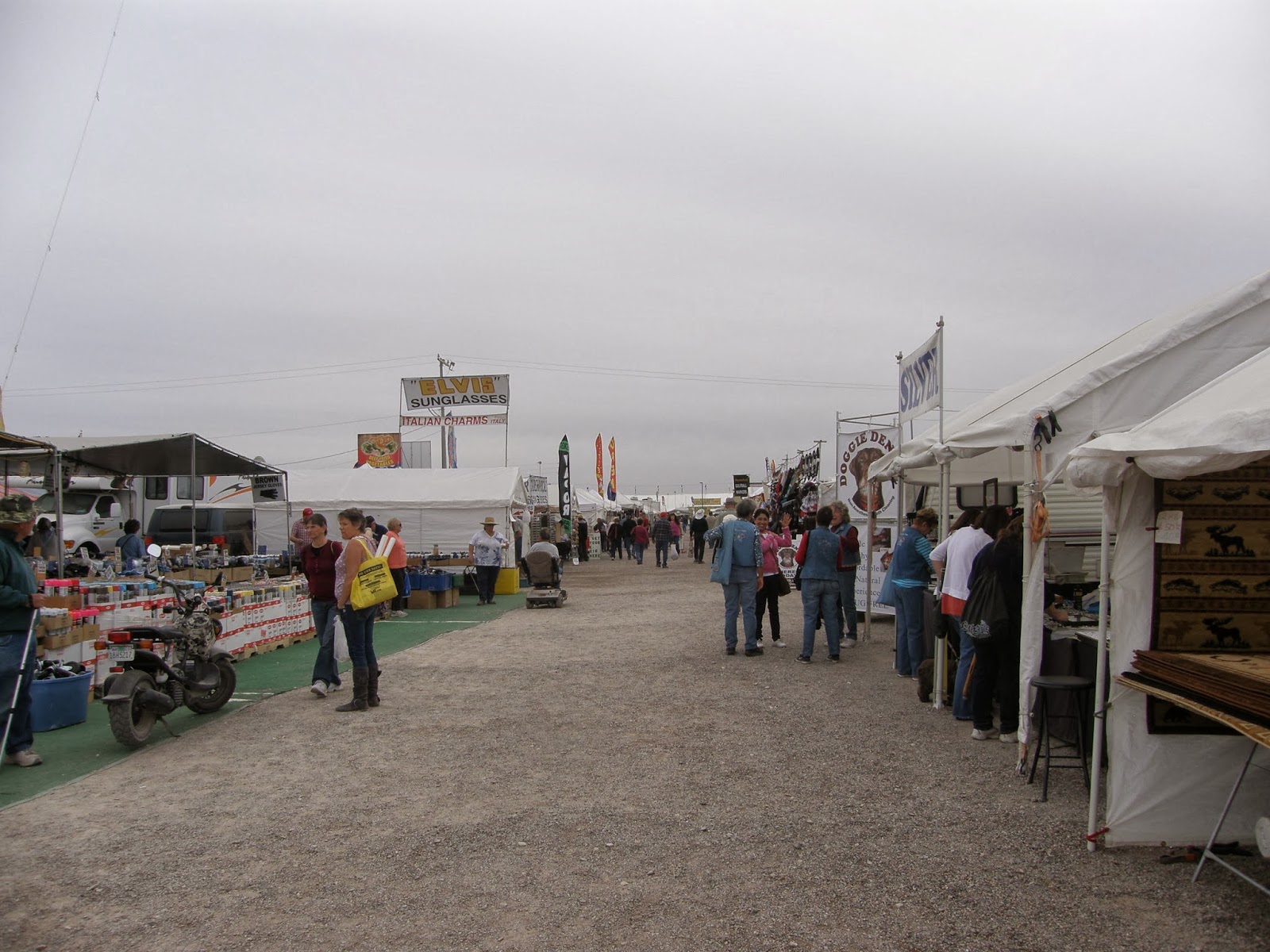 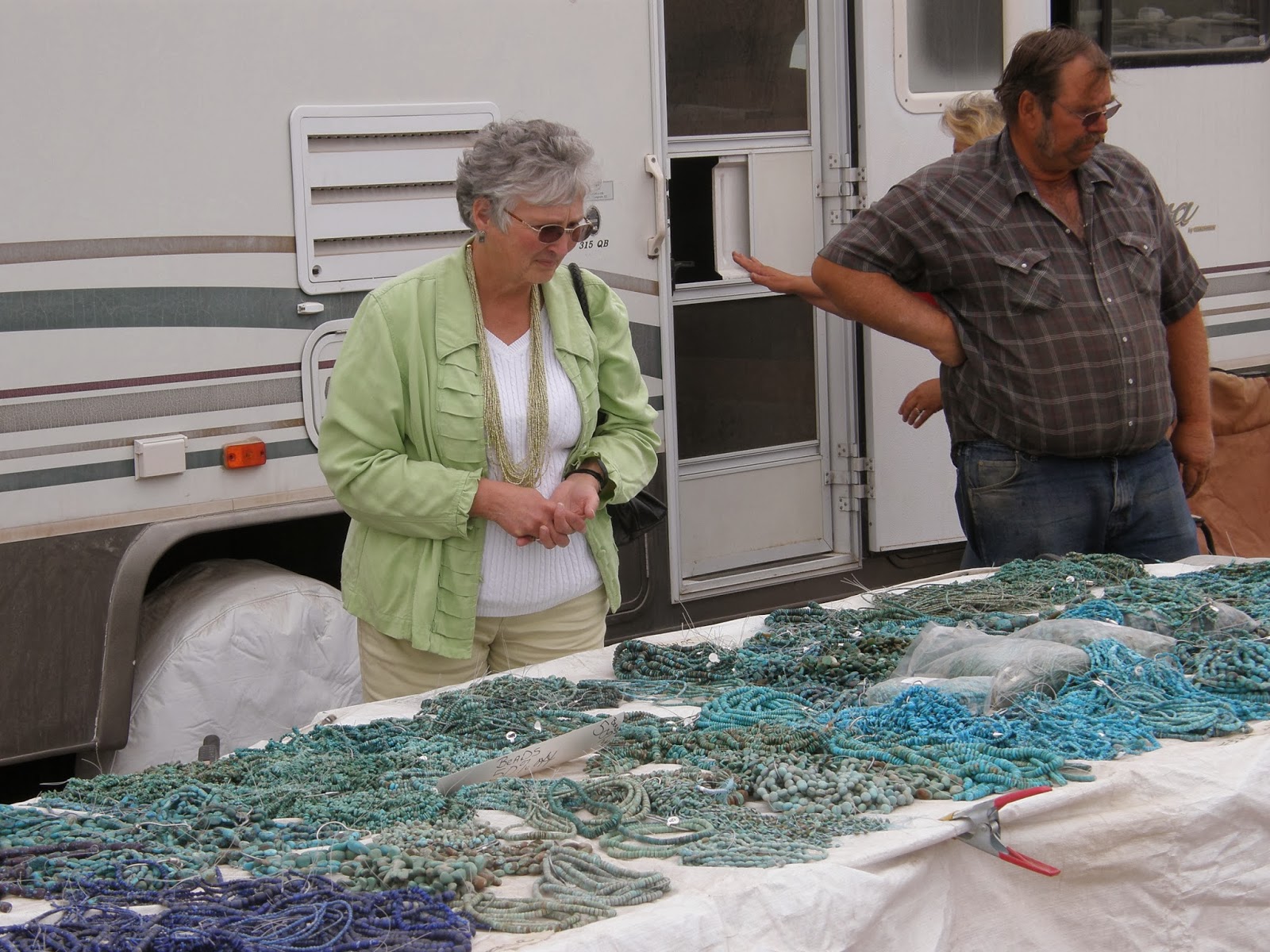 After Tyson Wells we went out to the gem dealers west of all the confusion. There were not nearly as many people there and the vendors actually had time to talk to us. This was the start of my mistake. Cindy has been talking about getting another hobby: beading. Seeing all the beads just made her want to do it more, and she has finally decided to give it a try. She even called our granddaughter and asked her if it was something she wanted to do (she does). At the last shop we went in, the lady took the time to show Cindy how to start, and some of the difference in the beads. She said that everything she carried was glass or rock, and was of better quality than you might buy at a craft store. She has everything you would need to do it. I have softly tried to persuade Cindy not to do it, without actually telling her no. I have found if you tell her no, it is kind of like waving a red flag in front of a bull. She has told me I can try to persuade, but don’t ever tell her she can’t do something, or she will do it anyway. So I guess we will be going back to the rock and gem place before we leave Quartzsite. It won’t take as much room or weigh as much as all the fabric, but now we will have two hobbies. 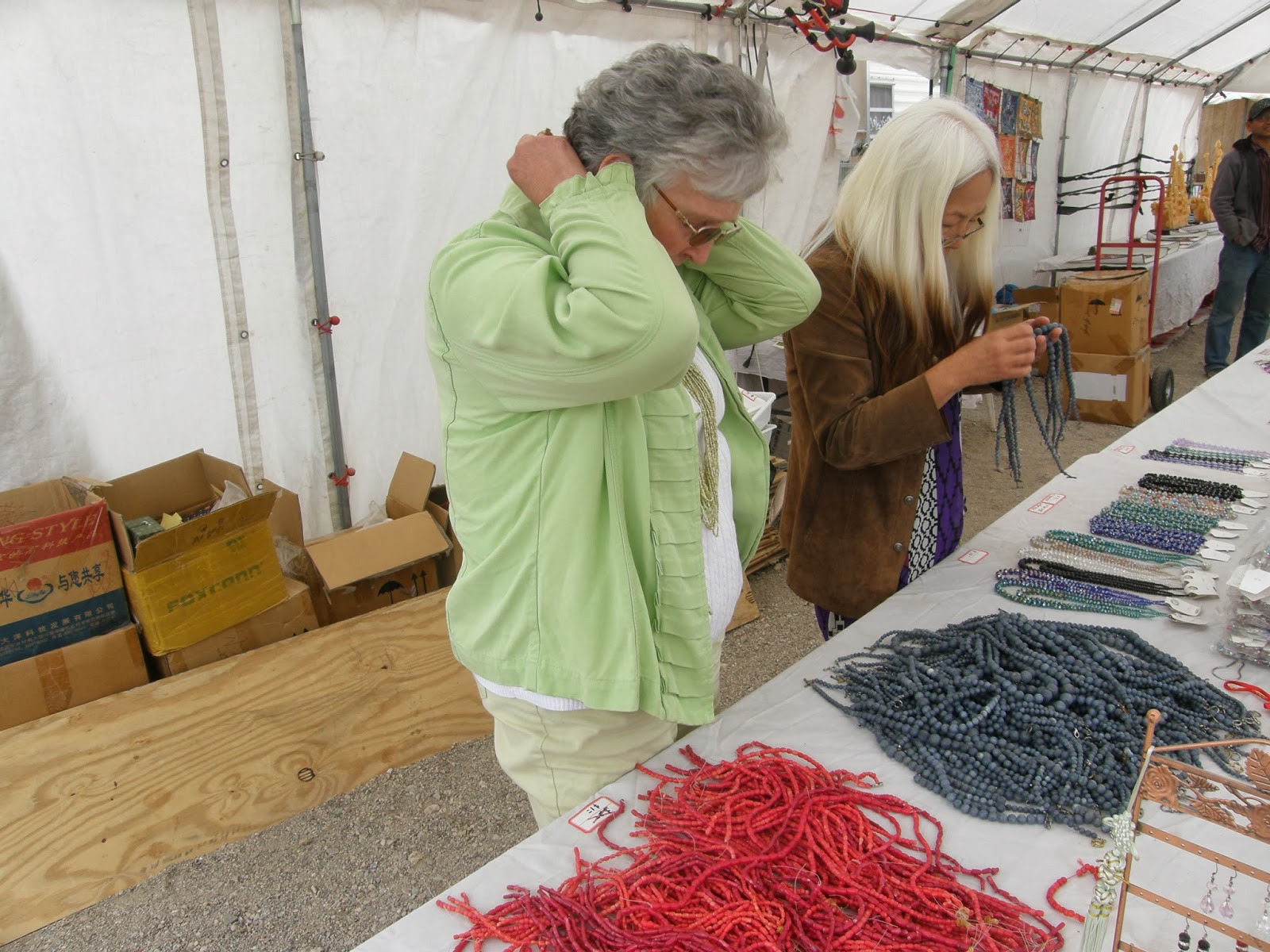 Out here with the Montana Circle, there aren’t too many people that haven’t moved on. We talked about going over with the Boomers, but with the levelers being put on, decided to stay put until time to take the trailer over to them.

Thanks for visiting.
Posted by Ray and Cindy Warner at 5:12 PM