We Went to town this afternoon, and went to the Tent Show. It was every bit as busy as I thought it would be. There probably weren't as many people there as the first day and the traffic jam wasn't as bad as what we saw on Saturday. We were able to park fairly close to the big tent.

We had a defective smoke alarm we bought from Mac the Fire Guy last February that was defective. He had me call the 800 number on the back and see what they would do about it. He told me beforehand that they would try everything possible to get out of the 10 year warrantee, and sure enough, she blamed the problem on the battery, because it was only good for two more years. It was brand new. After I told him what they said, he told me to bring it to the tent and he would replace it, which he did.

After Mac is when this trip got really expensive. I have been looking at 6 way hydraulic levers to go on the fiver. When I priced them on line they were $4800.00 in Indiana. They had a special on them here for $4500.00, which was a little better, but still pricey. Because we are here with the Montana Owners group, they would give me an additional 5% off that price, which makes them about $4250.  Also the saleslady told me that if I waited till Goshen, the price would be $4900.00. So, by having them installed here I save almost $700.00. They are going on next Monday. Yes! This trip got expensive, but everyone that has the 6 way levelers tell me I will love them.

The circle on our side of the circle is getting kind of slim. Several have left, and three more left on our side today. We will probably stay put until we leave to get the level-ups installed next Monday. 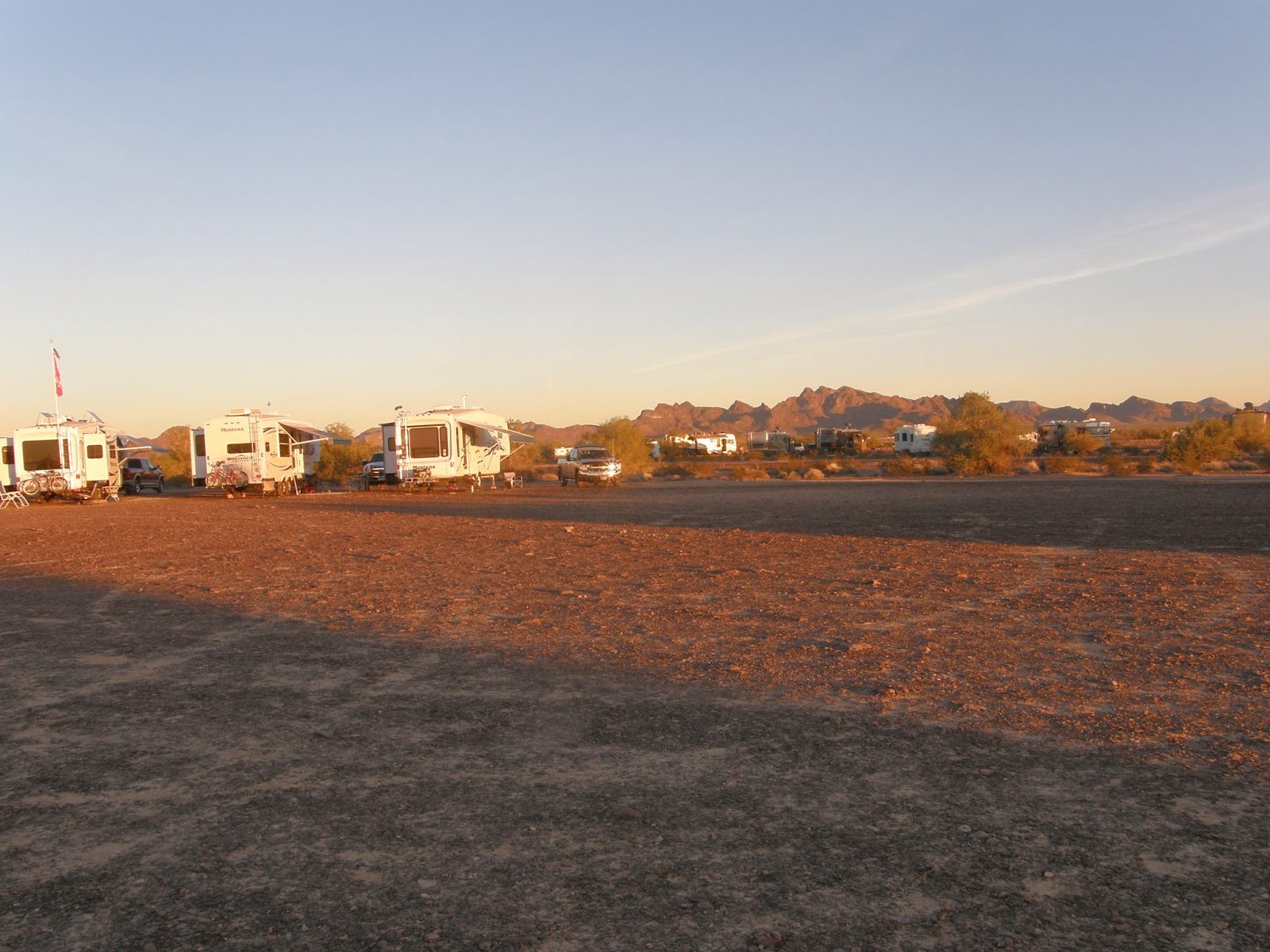 Thanks for visiting.
Posted by Ray and Cindy Warner at 5:48 PM