When we left Fort Mohave this morning the wind was blowing, and we were a little apprehensive, but the good thing was we would have a nice tail wind. When we got outside of Needles, the wind had almost died. We had a nice drive that took about 2 hours. It felt good to get some sunshine this afternoon. It was almost too warm for us.  Compared to the eastern US, we were hot, if 70 degrees is hot. 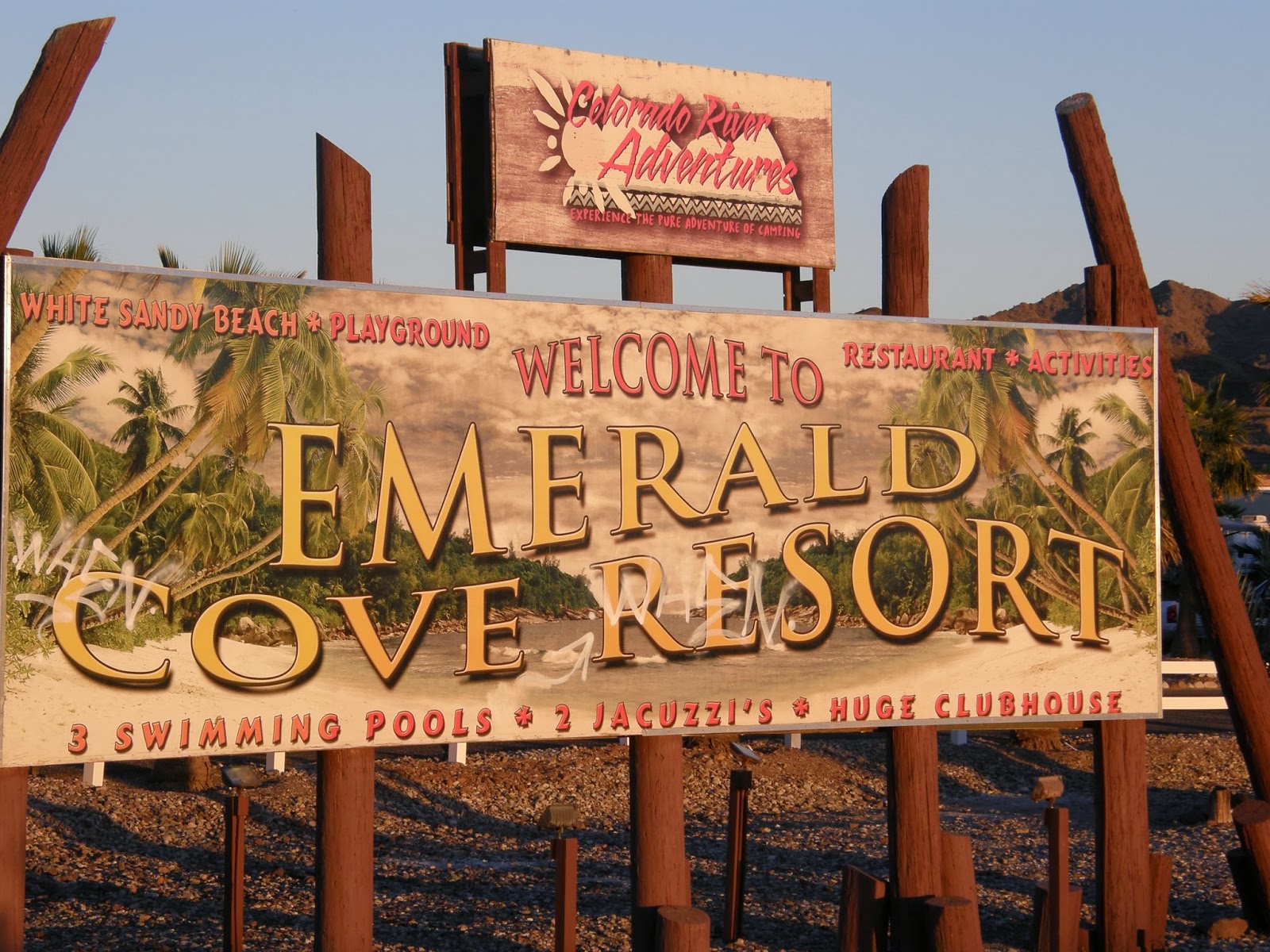 We got checked into the Emerald Cove Resort, where we will be until next Monday, when we will join the Montana Owners at Quartzsite. I got kind of a kick out of the sign on the guard shack. 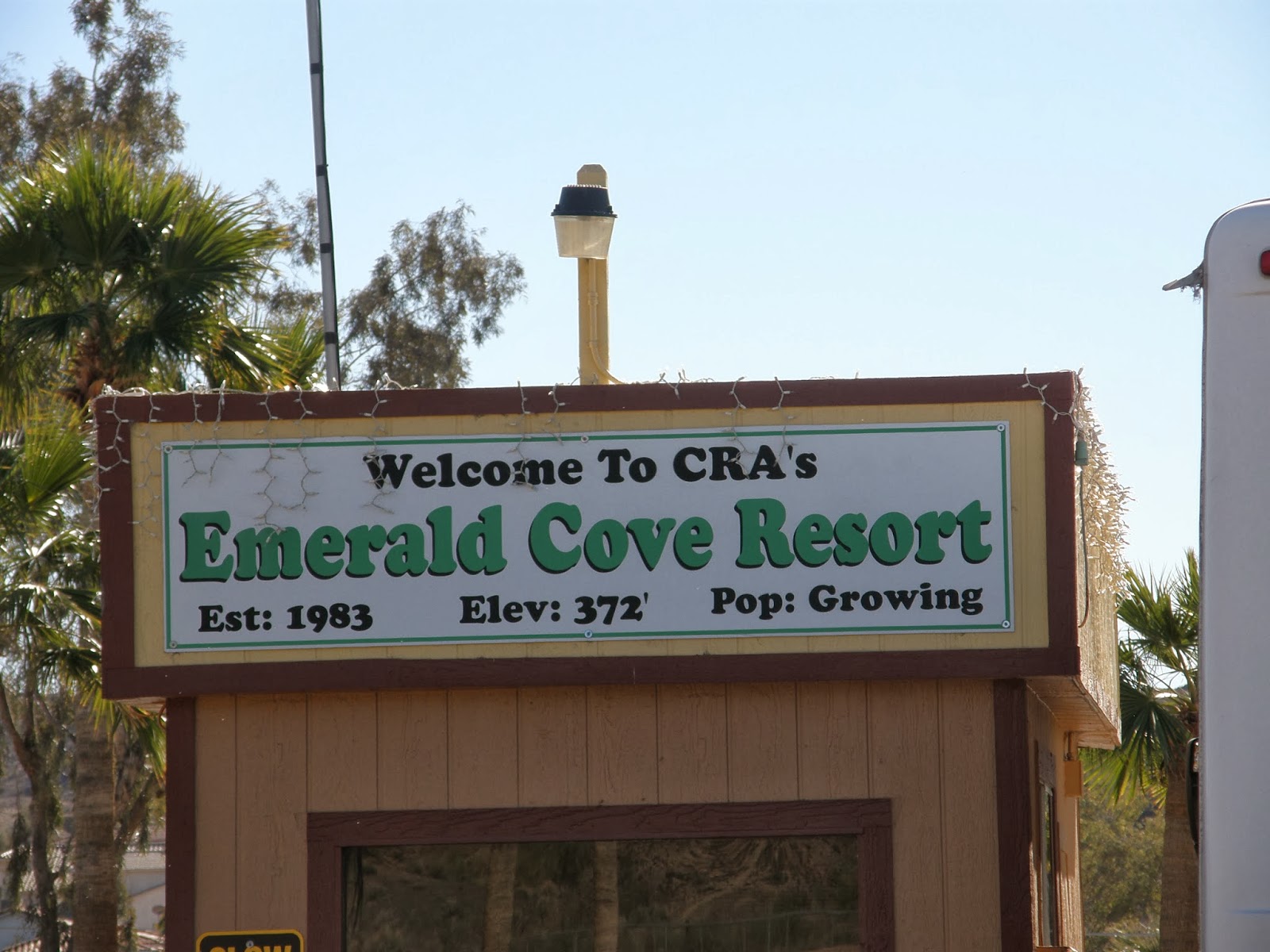 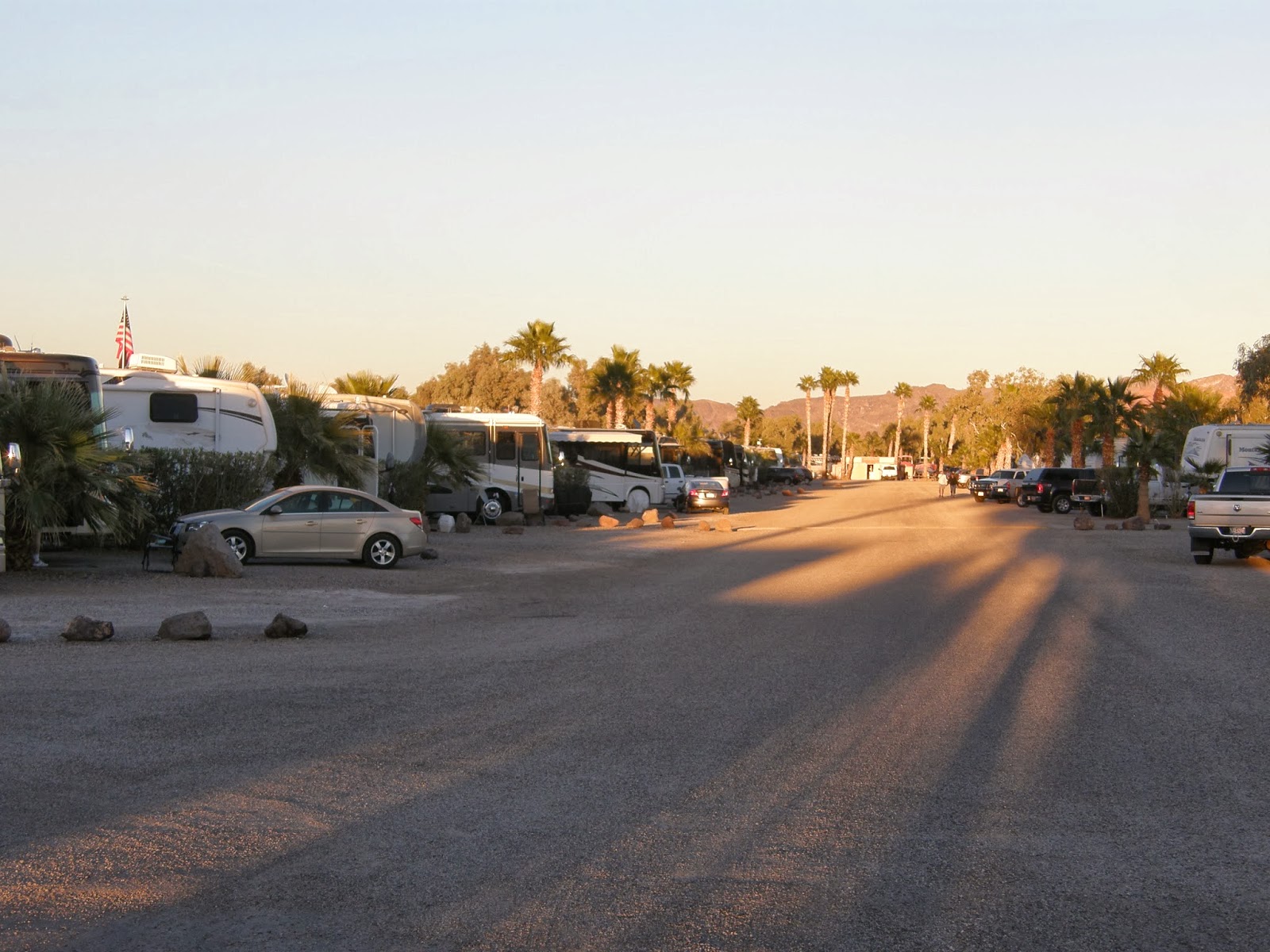 This Park has 820 spaces, which is the largest RV Park we have been in. It isn't full, but there are a lot of people here. One of their signs says they have a mile of beach, and it probably is true. The only thing I had to pay for was cable at $2.50 per day. We like the Coast to Coast membership. 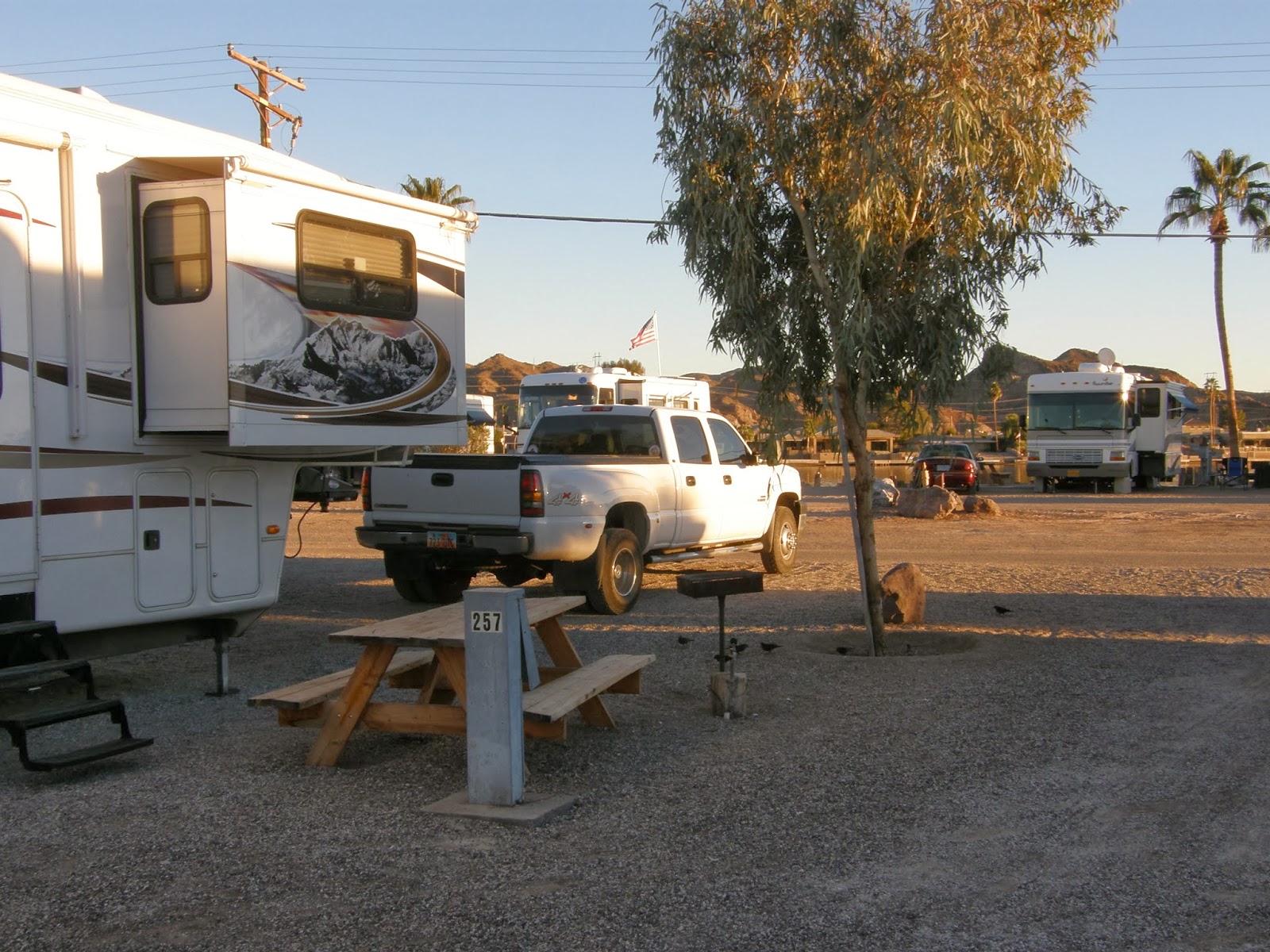 There are several rest rooms and showers throughout the Park. It has a Club House, two pools and a large hot tub. There is a small store on site, and a miniature golf course. We saw a group of people playing water volley ball. Every morning there is a different breakfast, which seemed to be reasonably priced. There also is a game room for kids. The staff seems to be quite friendly.

Cindy spent the afternoon sewing blocks together for a quilt she is working on. I finished trimming the blocks for her. 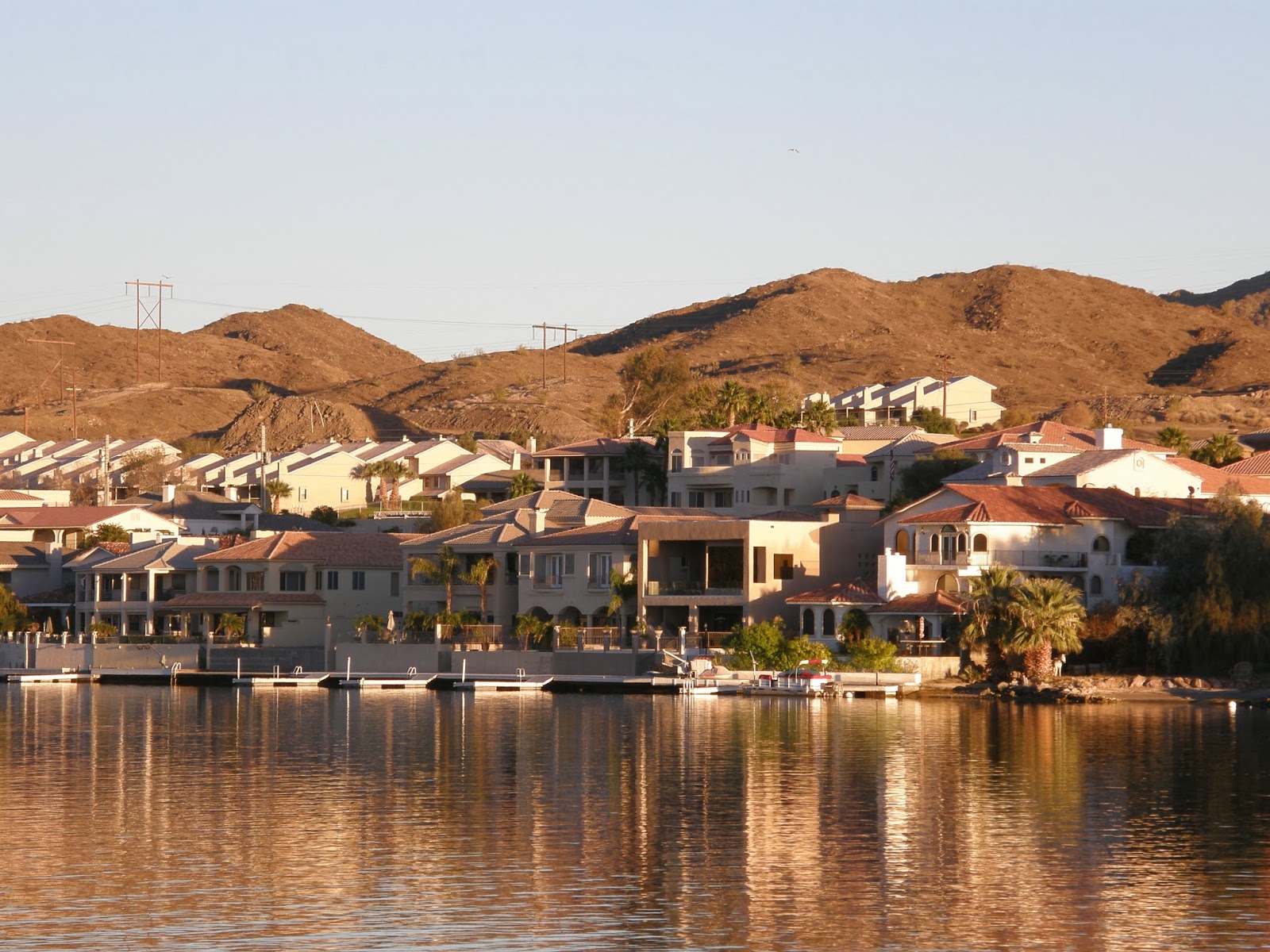 We are across the Colorado River from Parker, Arizona. On the Arizona bank there are some really nice homes. There is one still in the construction phase that looks like it will be very large. 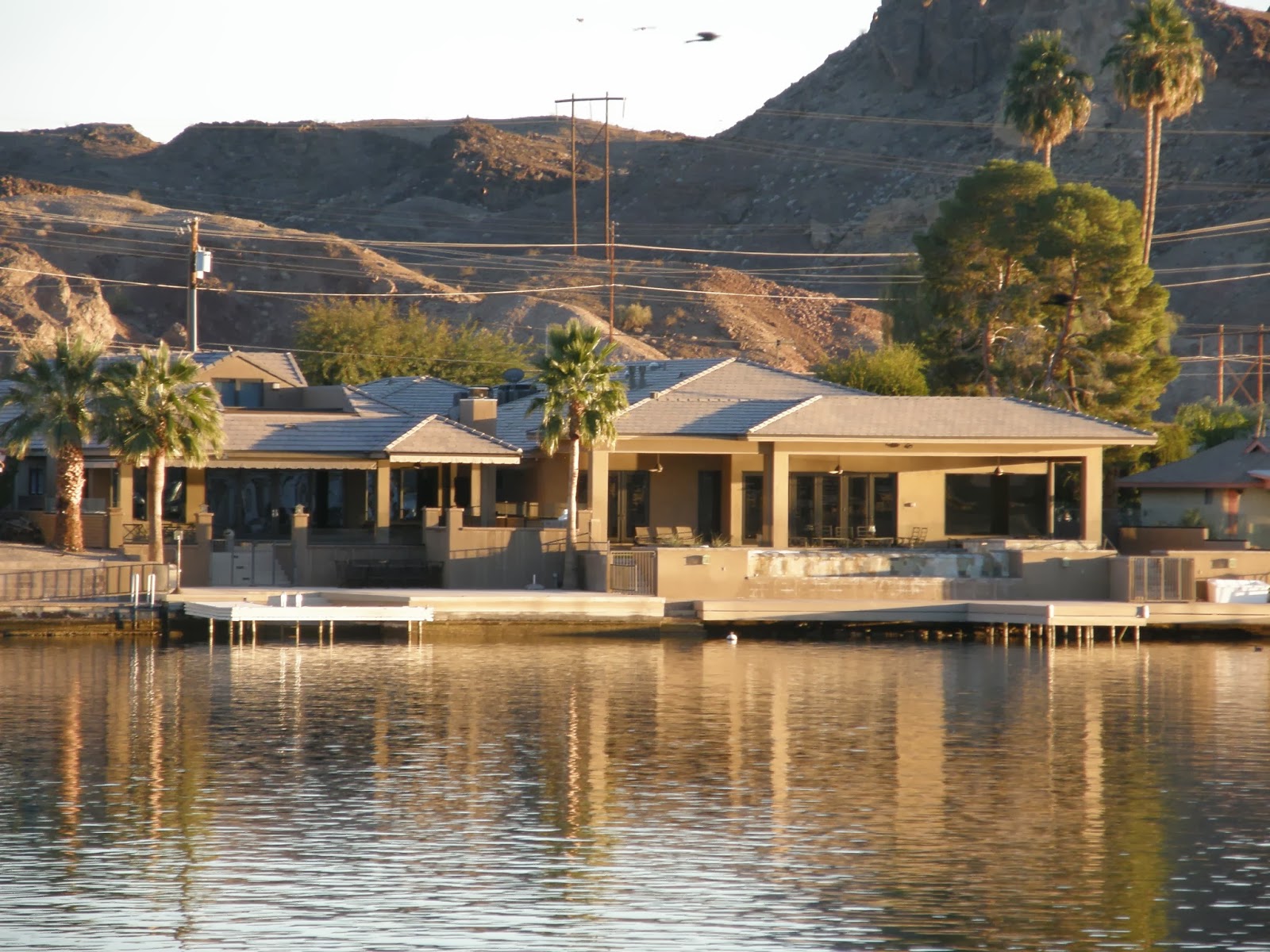 Tomorrow we are going to drive to Parker to get some refills on meds. There is not much else going on.

Thanks for visiting.
Posted by Ray and Cindy Warner at 5:45 PM