Made it to Yuma 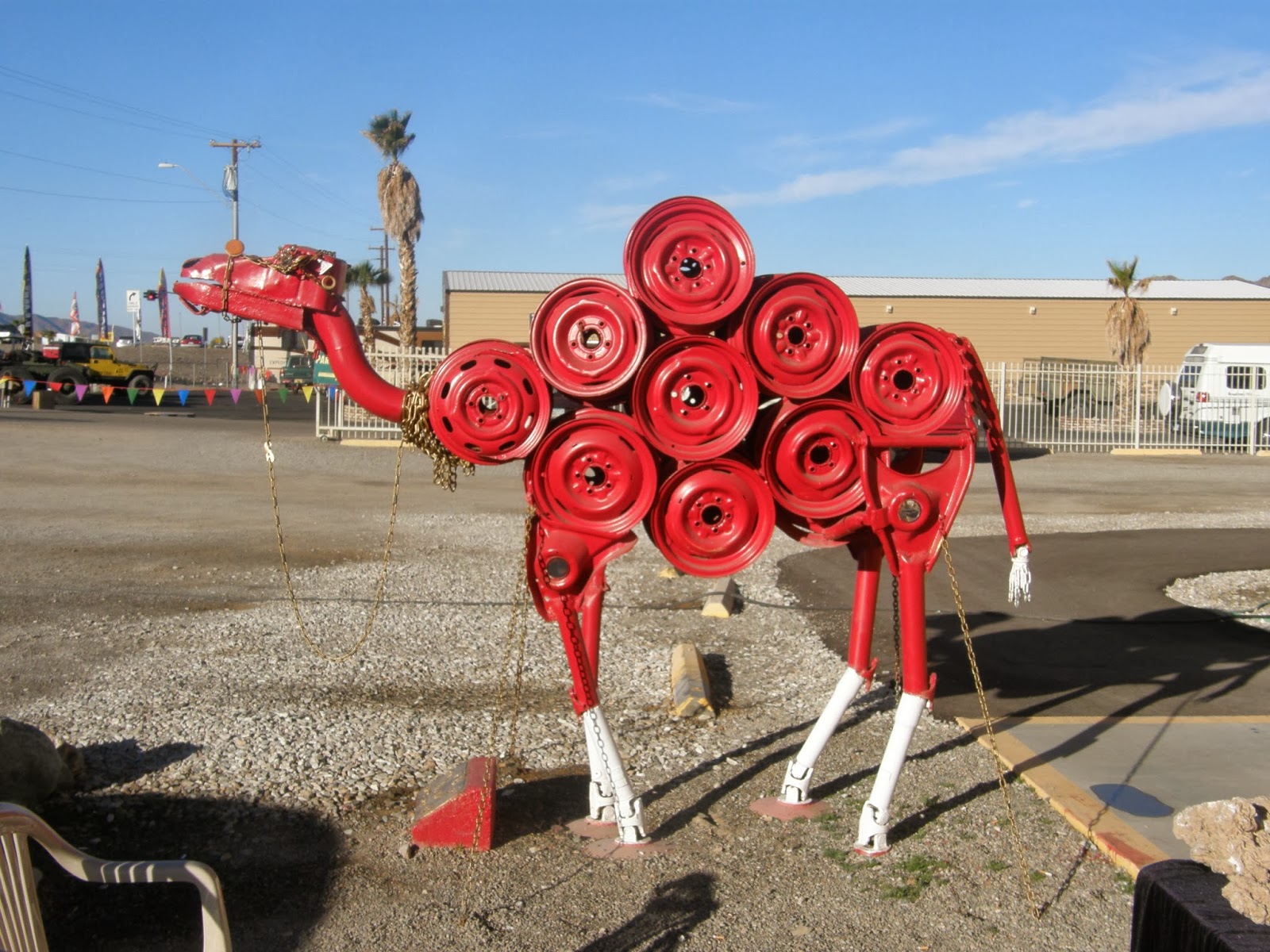 Yesterday we spent the morning checking out bead and gem stores. Cindy was trying to get ideas about how to make necklaces and about beading. She really doesn’t do anything halfhearted. Our granddaughter already makes earrings, and is excited about getting more supplies for a little less than home, so we bought her a package of earring hoops and some gem stones.

They got through with the levelers at about noon. We went and got lunch and got away from RV Lifestyles a little after 1:00. We had plenty of time to get to Yuma, and made it to the Casino parking by 3:30. This place is way busy with hardly any place to park, but we did find a place in the truck part of the two lots. They have added definite lanes in the RV side, so people can’t park helter-skelter like last year, but it doesn’t seem like they can get as many RVs in the lot.

The levelers seem to work well and it is much easier to get set up than it was without them. So far they work as promised and I’m sure I am going to like them.

We were both tired from not sleeping well Sunday night, so we went to bed early. The night started out hot, but we had a nice cool breeze, so it cooled down to where we could sleep well. 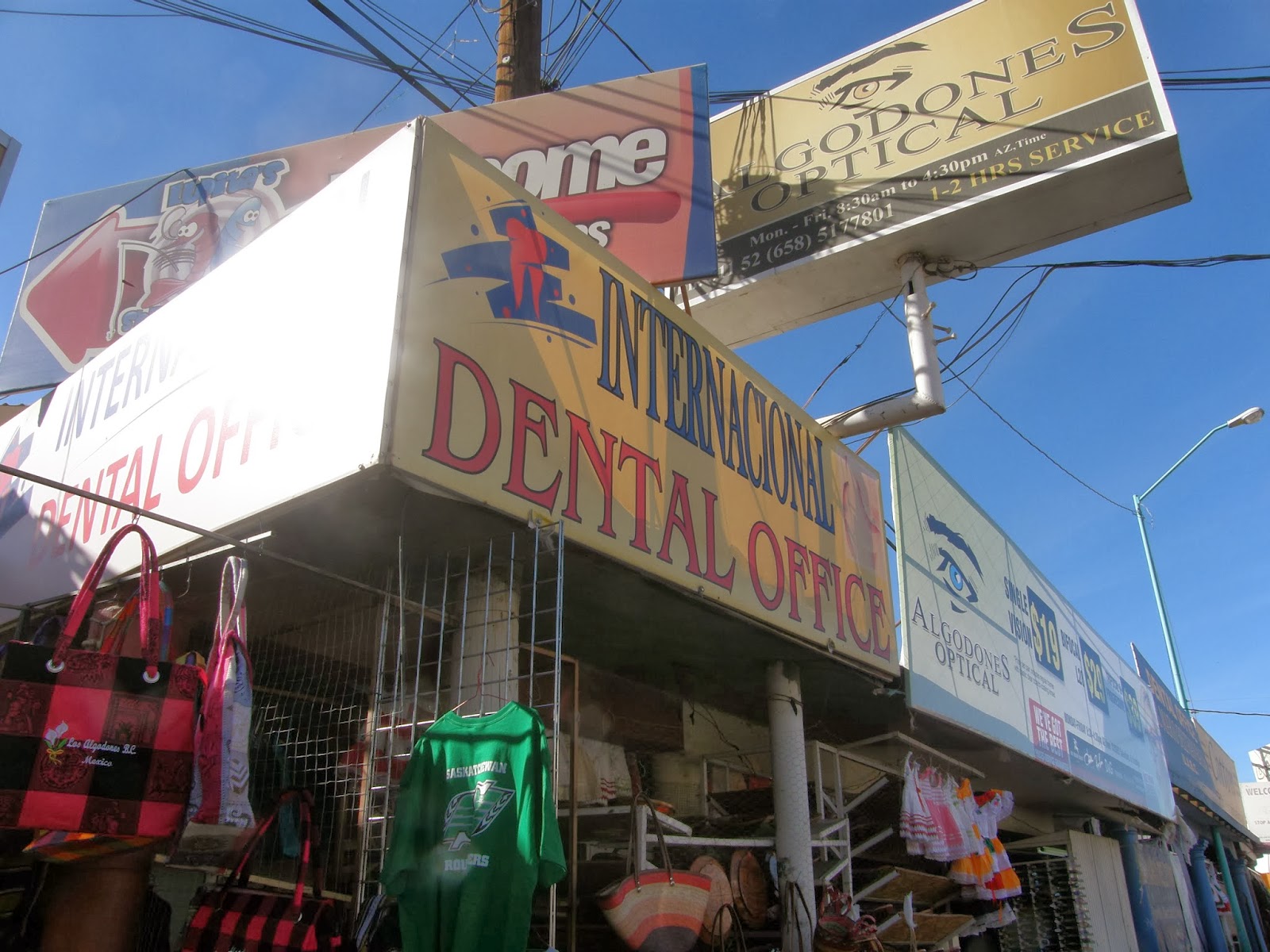 This morning we went to Algodones to see about meds and a dentist. When we got to the dentist’s office, we were the first ones there and had only been expecting to make an appointment, but they took us right then, so we got our teeth cleaned and one small cavity filled, which only took about 45 minutes for both of us. The total bill was $110.00 which was less than we would have paid for co-pay when we had dental insurance, which we no longer have. 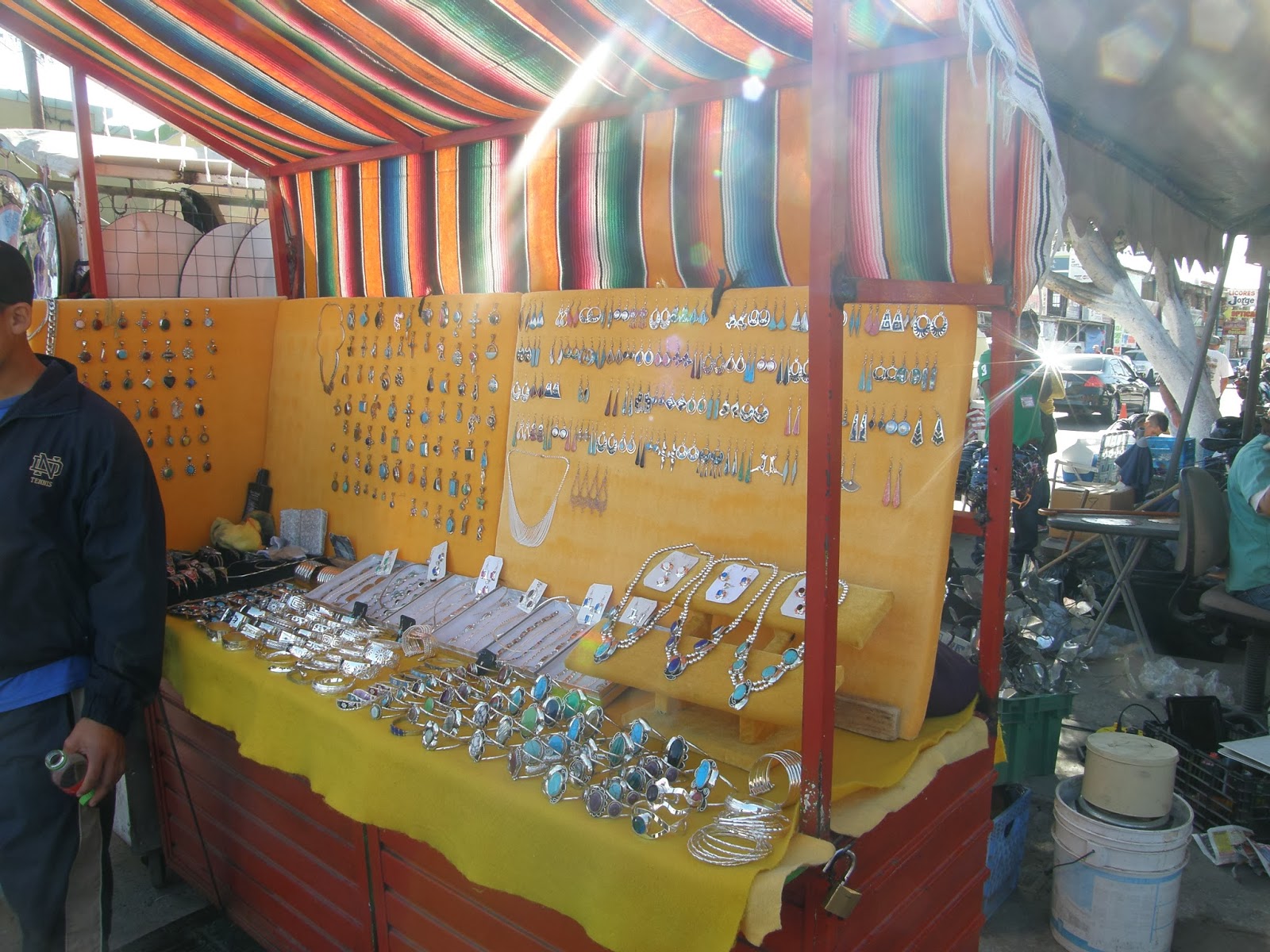 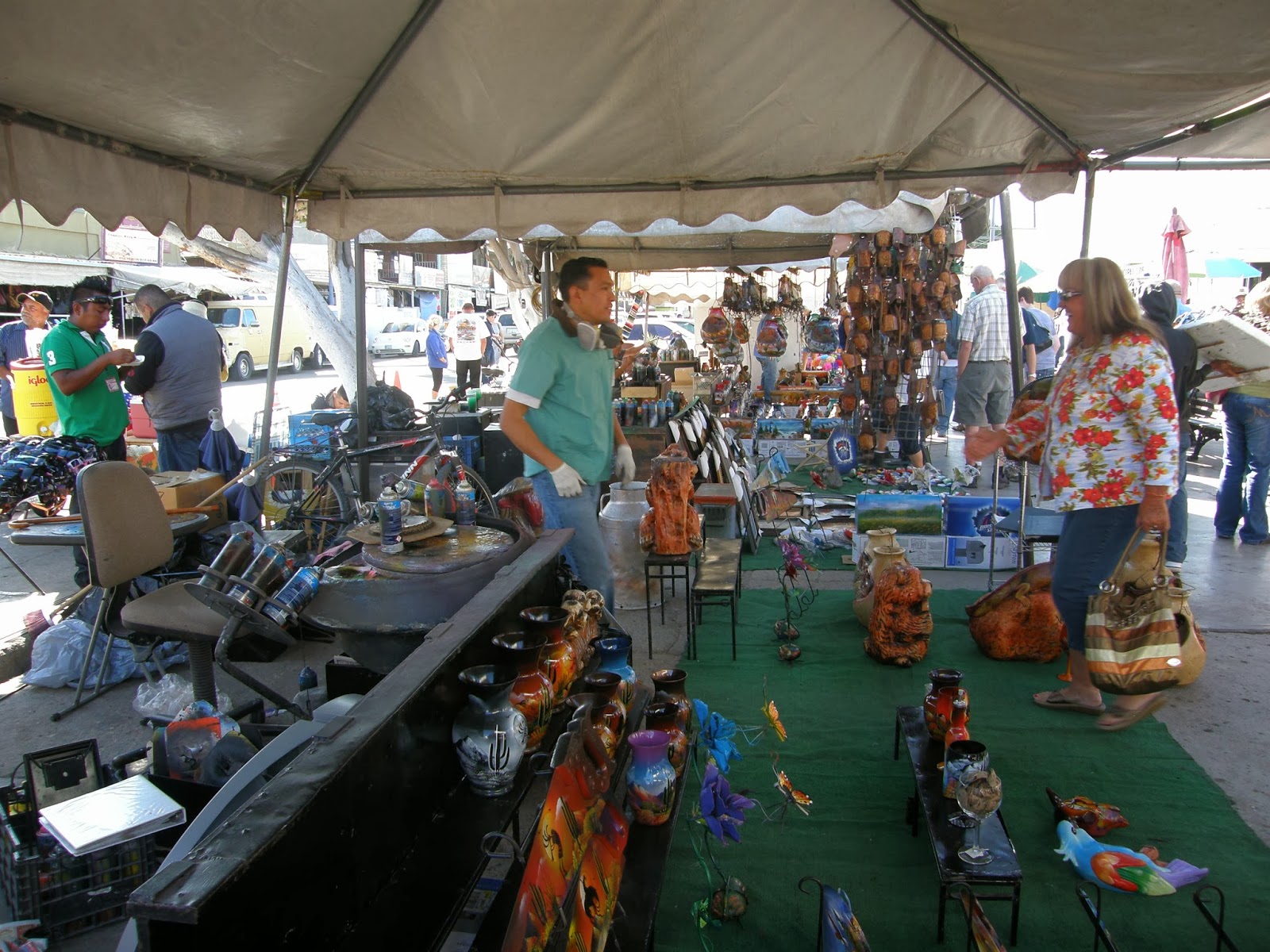 Everywhere you go in Algodones, there are street vendors trying to sell jewelry and trinkets. They even had a man playing music in the town square.  Cindy wanted a silver necklace for one of her pendants, which she says she will wear with the chain, until she makes a rock and bead necklace for it. She found one that she liked, and they started out asking $40.00. Cindy finally got it for $10.00, and left wondering if she should have offered less. We also bought a package of asparagus for what we thought was a good price.

We went to the Pharmacia and bought a lot of our meds. We paid about as much for 3 months’ supply as one month insurance co-pay would have been at home. Cindy had one that they wanted almost as much, but it wasn’t quite the same and only had 1 ½ months’ supply, so we decided not to buy it. 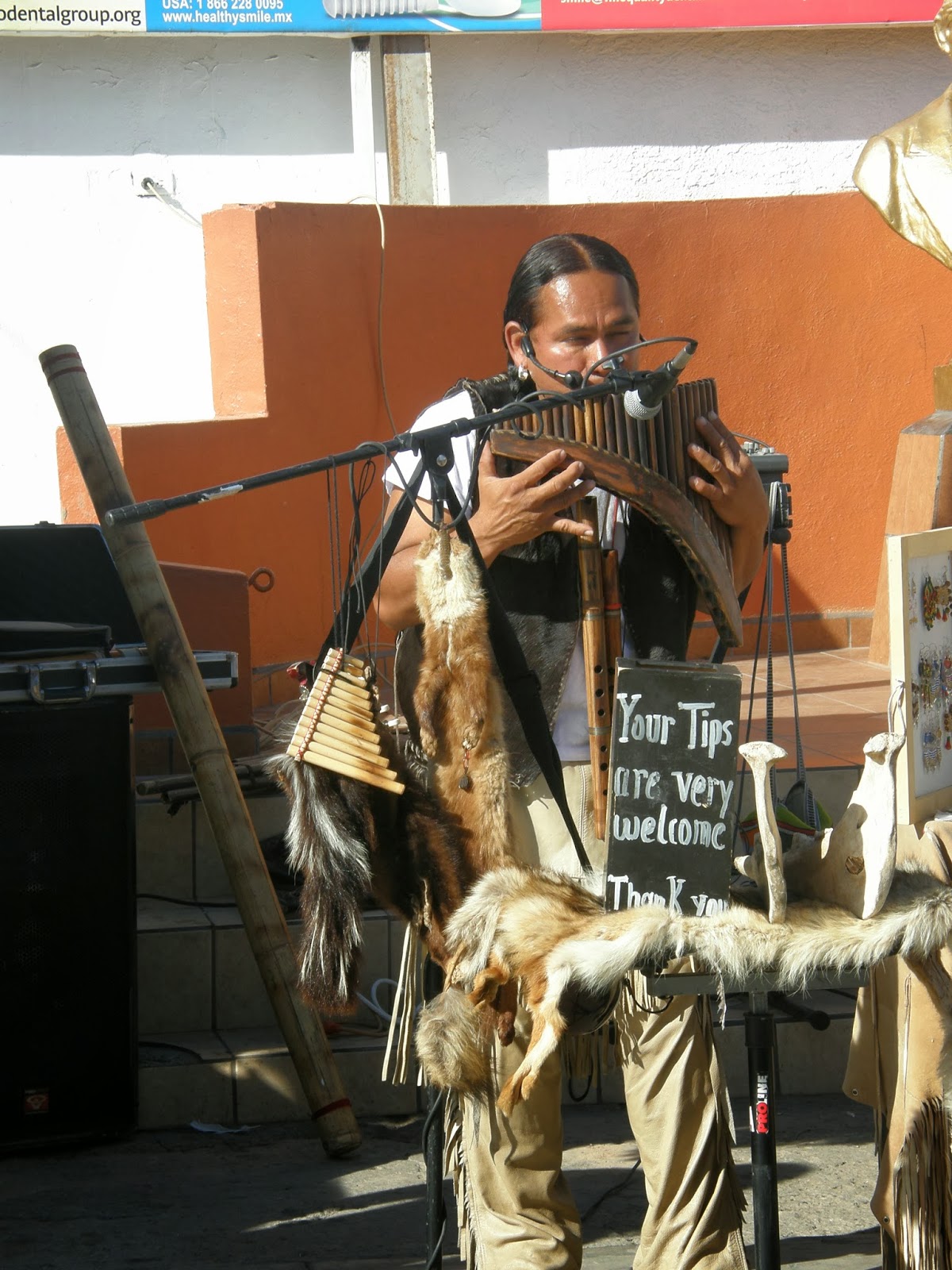 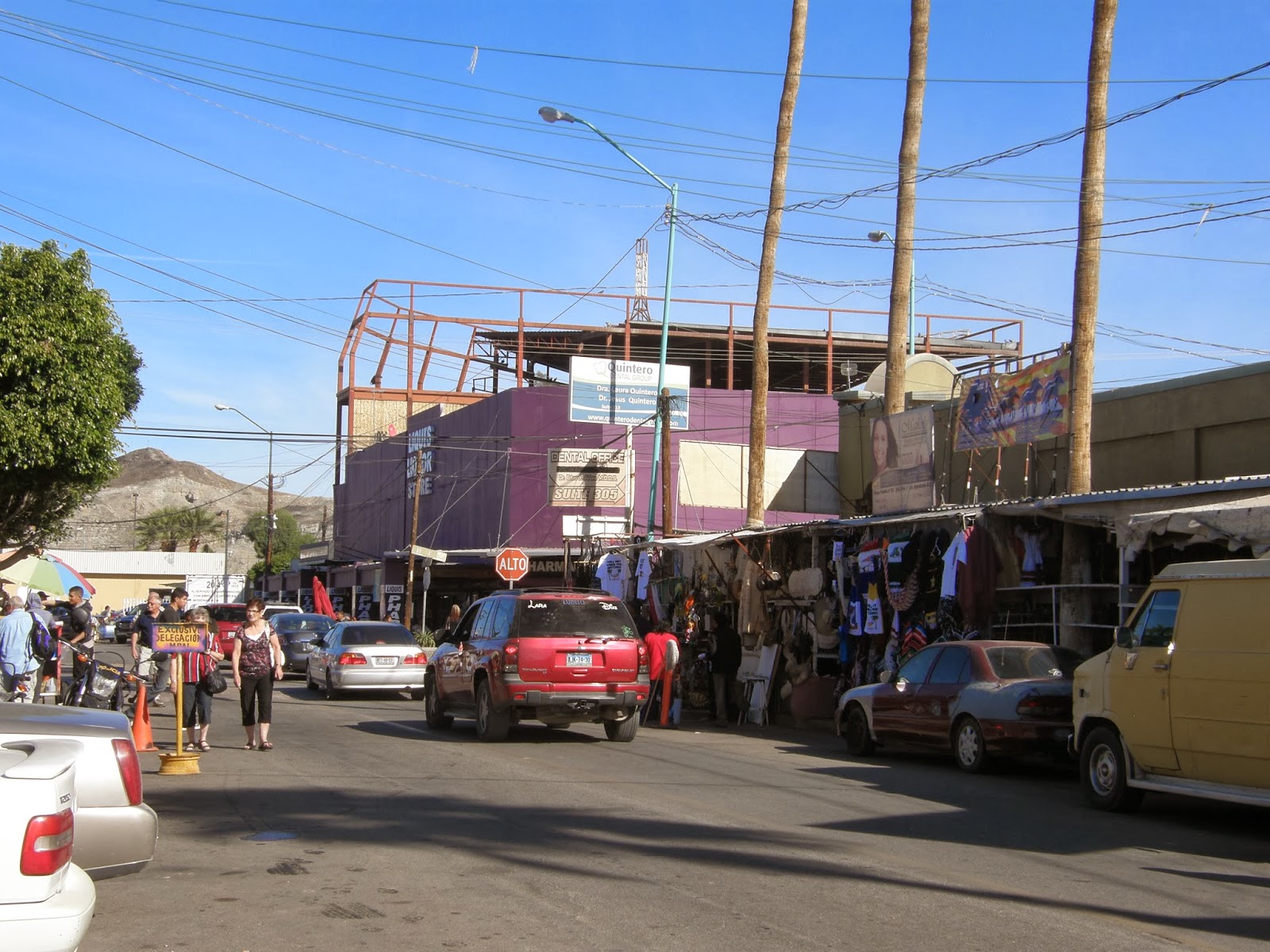 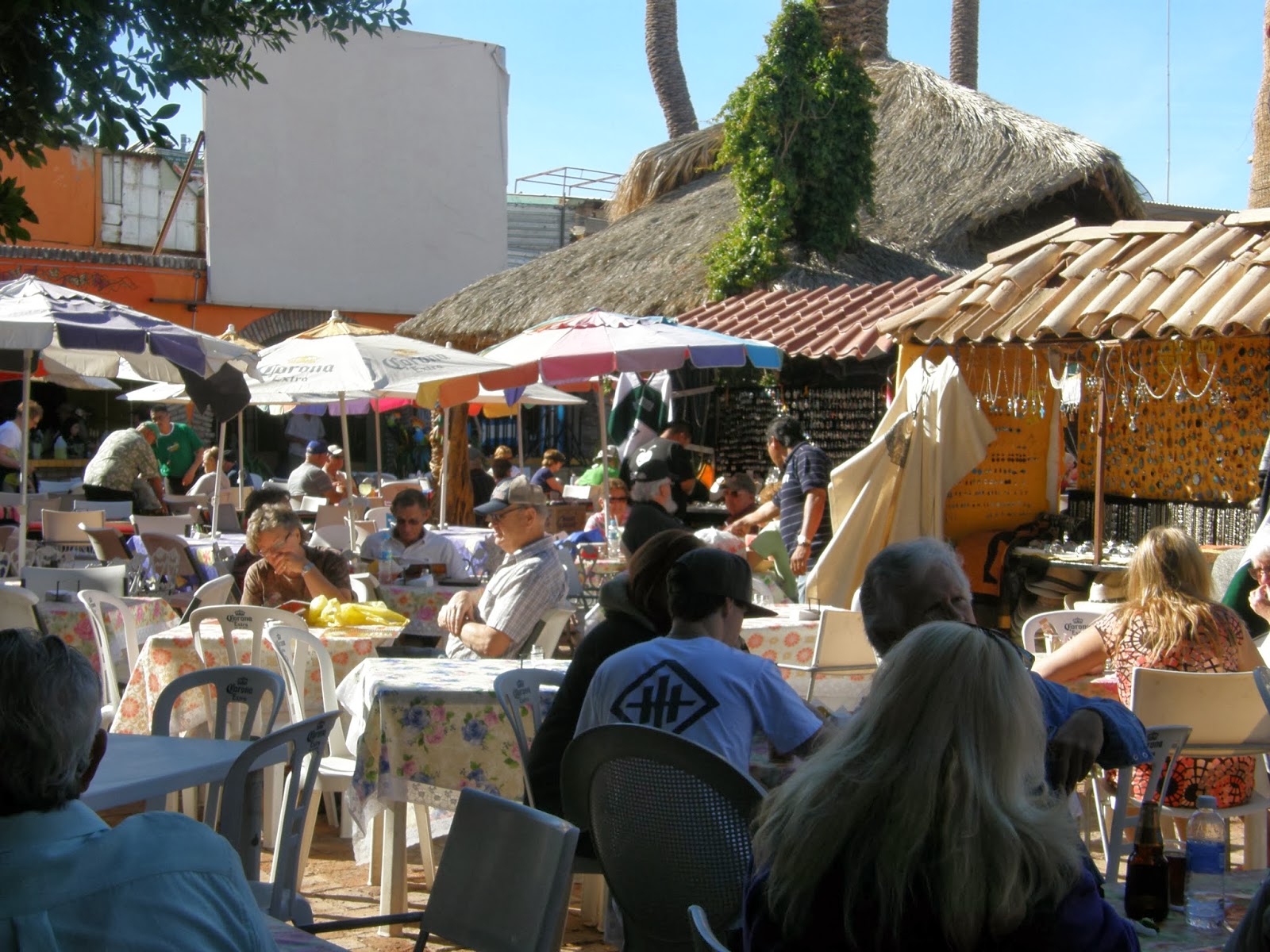 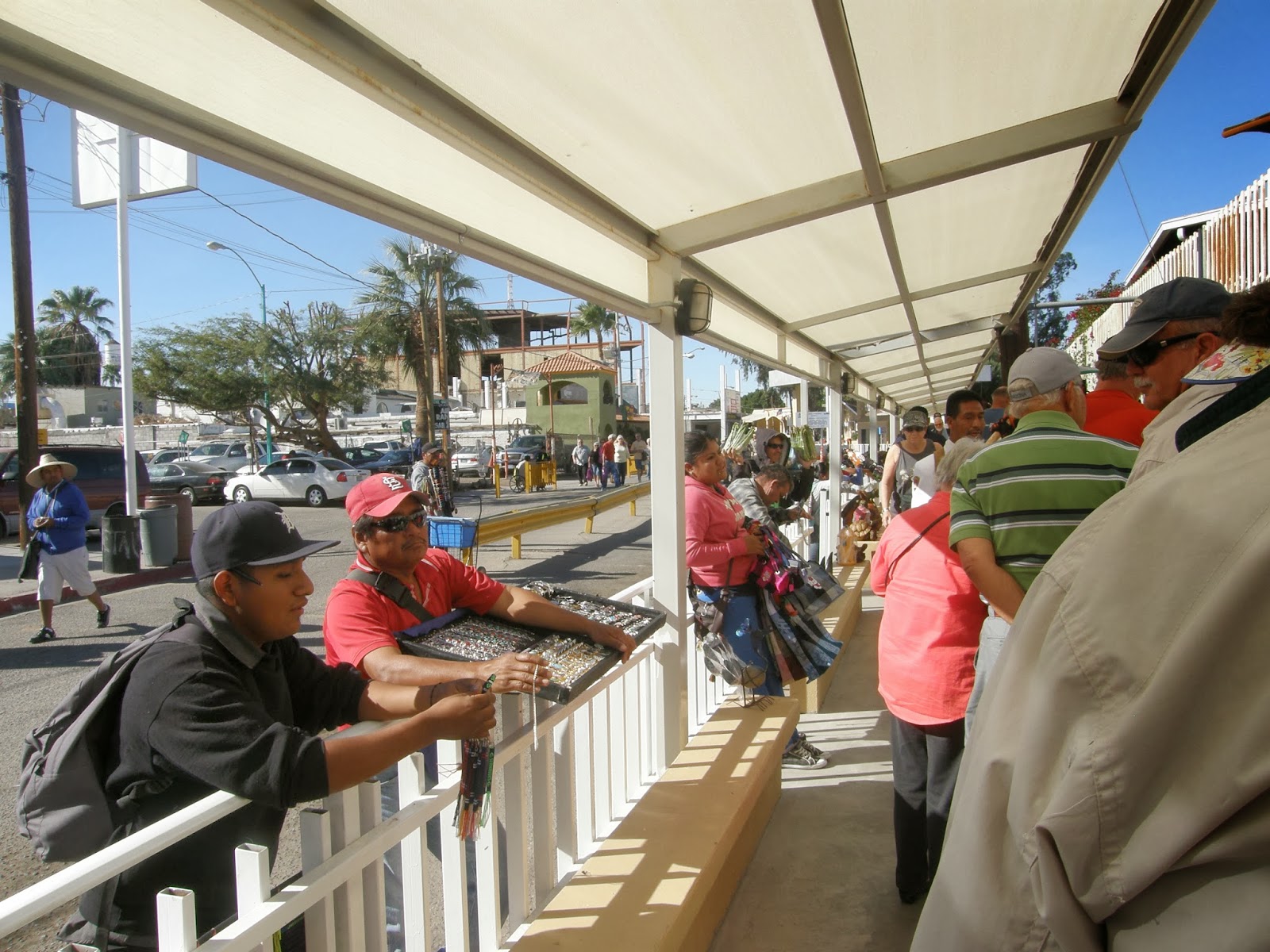 On the way through customs, the line was fairly long, but moved fairly fast, and we only took about 10 or 15 minutes to get back to California. We left Algondones at about 11:30, and we have heard that the lines got worse after lunch.

This afternoon we are going to visit some of our Utah friends at the RV Park where they are staying east of Yuma. I’ll have some pictures of that later.

Thanks for visiting.
Posted by Ray and Cindy Warner at 5:27 PM