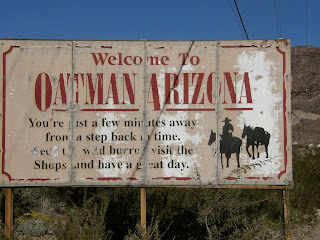 It was sunny and nice today. We decided to go see Oatman. We had seen it about a year ago, but it was so crowded last time, that we missed a lot of the attractions. 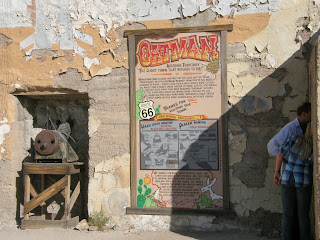 Oatman is located on the old Route 66. It is an old mining town in the Black Mountains of Mohave County, Arizona. It began as a tent camp soon after two prospectors found ten million dollars’ worth of gold in 1915. Oatman’s population grew to over 3500 in the course of a year. In 1921, a fire destroyed most of the buildings, but spared the Oatman Hotel, which was built in 1902. The Hotel is the oldest 2 story structure in Mohave County. It is famous as one of the honeymoon stops of Clark Gable and Carole Lombard in 1939. In 1924 the major employer shut down operations, and in 1941 The US government ordered the discontinuation of the remainder of the gold mining operations. The town was completely bi-passed by 1953, when a new road was built from Kingman to Needles, California. By 1960 the town was all but abandoned. In recent years, the town has grown into a tourist destination because of interest in the old Route 66. Also, wild Burros freely walk around the town and can be hand fed carrots and Burro chow.

We were actually quite warm on our visit today, but I noticed many of the native Arizonians wearing coats. I guess it is all in what you are used to. 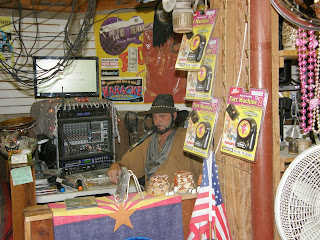 We went through many of the shops, and one had a western singer that was excellent. We found out from the shop keeper that he was once part of Waylon Jennings group. We came back later, and there was a lady tourist singing a song by a karaoke type screen. She was singing a Patsy Kline song, and everyone asked her if she was professional, but she replied “no,” She was that good. They both got rounds of applause when they finished.

We went in one shop, and got talking to the teller. She told us that she was almost 91 years old, and I found out that she was born the  year after my mother. My mother wasn't in that good of condition for several years before she died in 2012. And here this lady was still working, and had no plans to retire. 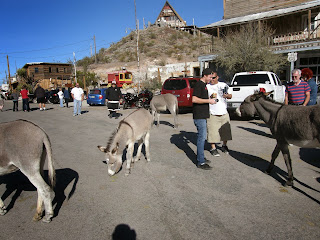 We got lots of Burro pictures, and found a pen that had some very large turtles in it that we had missed last time. 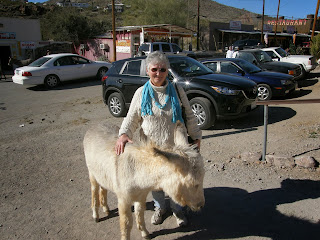 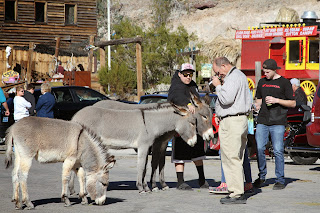 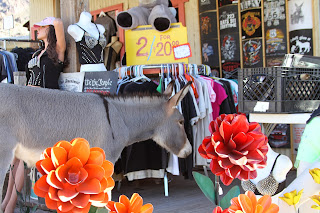 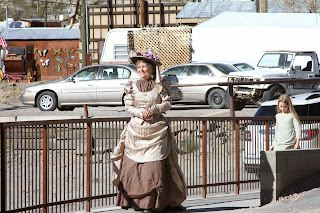 We watched the gun fight that is put on Saturdays at noon and 2:15. It was a good day for sightseeing. Cindy  got a photo of one of the actresses. 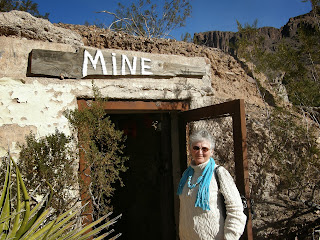 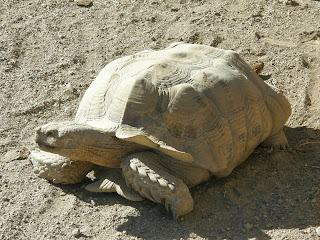 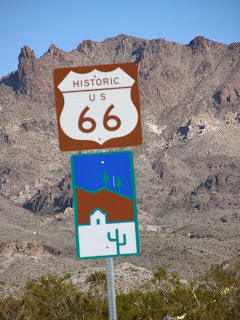 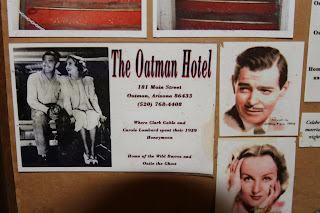 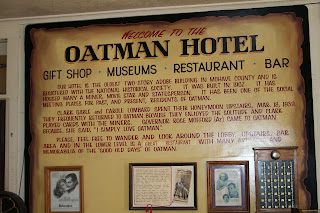 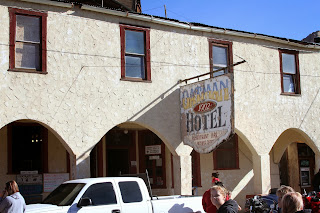 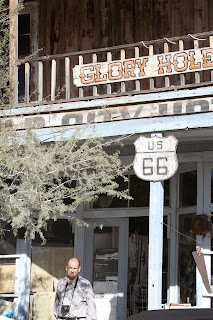 Thanks for visiting.
Posted by Ray and Cindy Warner at 5:40 PM