We went to see the Figge Art Museum in downtown Davenport, Iowa. There were examples of lots of different types of Art work.

There was another cast horse that looked like it was made of sticks and the individual pieces looked real enough that unless you got right up to them, you would say they were sticks. 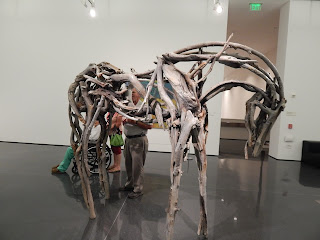 Another section had messages in a bottle. I’m not sure, but it must have been done to see how far the bottles would go because the oldest wasn’t very old, maybe 10 years. 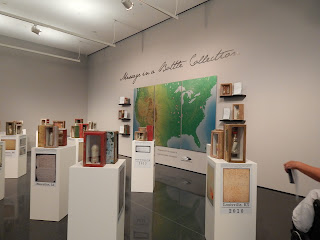 There was a section with bronze statues of old west scenes. Another section was devoted to Frank Lloyd Wright. Still another section looked like Native American bead work, but was actually from South Africa. 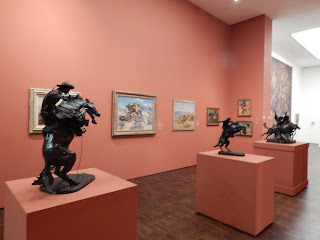 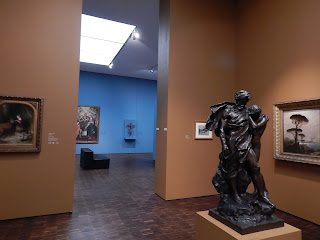 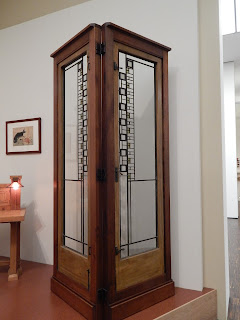 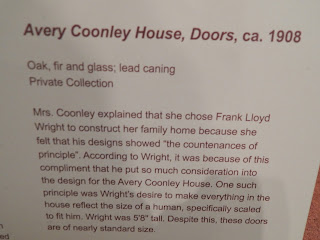 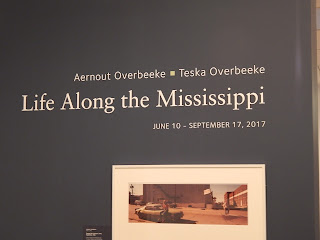 There was a whole section about life on the Mississippi.

There are lots of old buildings by the Art Museum and Cindy got pictures of a few. 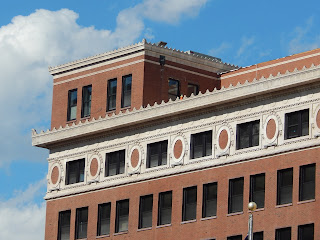 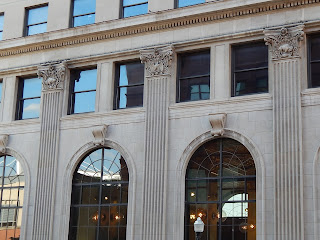 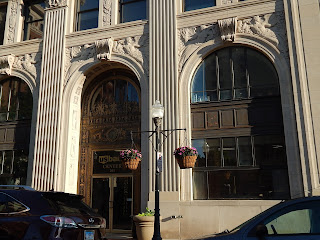 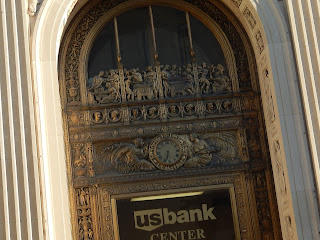 We then went to the Davenport Sky Bridge. It is a glass enclosed bridge that spans the major highway and it is 575 feet long and is up five stories(50 feet). At the end is an observation deck to see the Mississippi River. We got a picture of all the pelicans swimming where the water comes out of what I think is a power plant on the River. 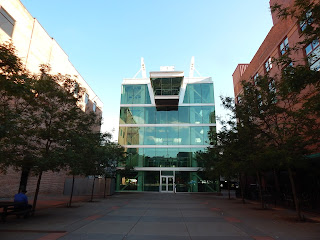 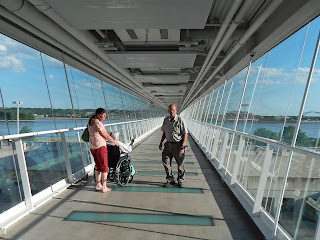 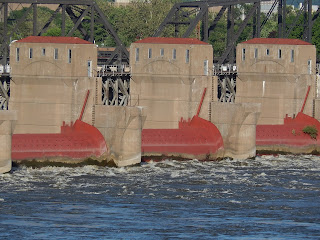 Last night we started to see extreme thunder shower warnings with 75 mile an hour winds on the tv. We had gone to bed at about 10:00 and we started seeing lightning flashes around us and the wind picked up shaking the trailer. There was more lightning than I ever remember seeing and all of a sudden we heard a loud boom with instant lightning. Then the power went out. We had a lot of rain different times during the night.

When we got up this morning the power was still out and we had no water out of the taps. I had to turn on the pump and fire up the water heater with propane to get any hot water. It was almost 10:00 before the power came back on. And now we have better water pressure, so the Park must have a pump on their water.

We felt like we were boondocking in an RV Park. We saw the maintenance men with a trailer load of broken branches this morning, and when we went out, we passed a place that had about 8 Power Company trucks and crews working on the power lines. It looked like they had a broken tree that probably took out the power lines. At least the trees hanging over our trailer didn’t break.

Thanks for visiting.
Posted by Ray and Cindy Warner at 12:37 PM