More Pictures From Around the Capitol

It was another nice sunny day.

We went first thing this morning to get some more pictures from the area by the Capitol Building. The first was of the Governor’s Mansion, an ornate building built in 1871. 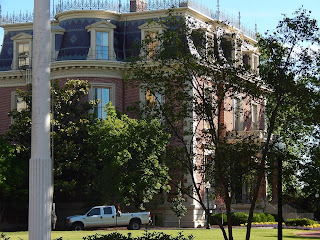 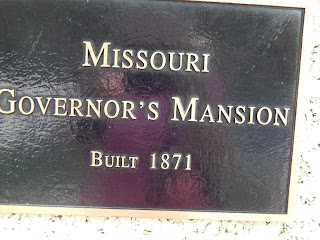 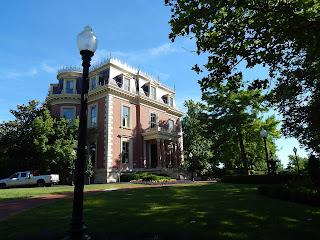 There are lots of old buildings around the area. There are also lots of statues, fountains, and gardens that we weren’t able to get pictures of because all the parking yesterday was taken. Early this morning it wasn’t a problem. 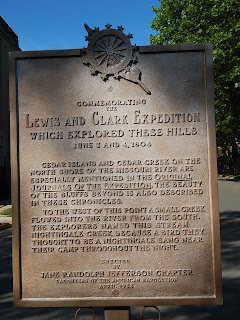 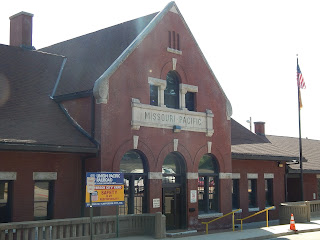 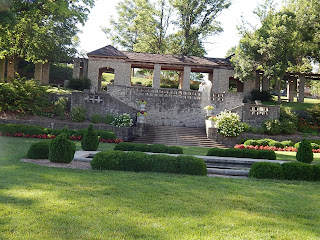 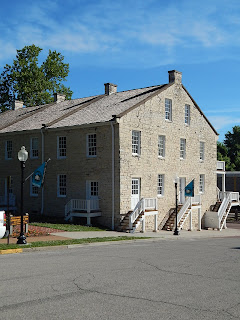 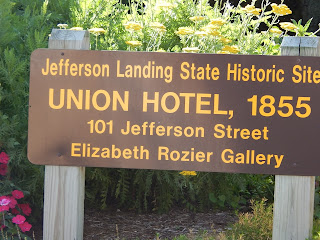 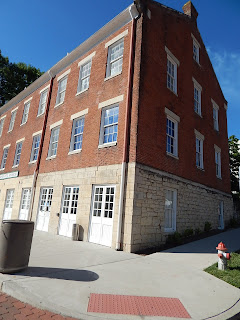 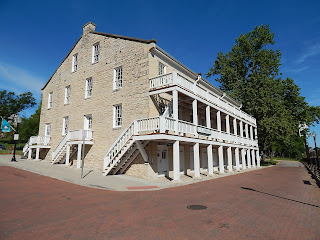 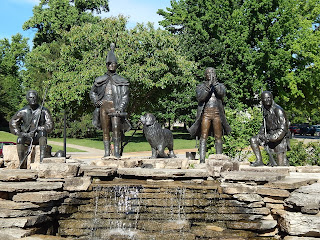 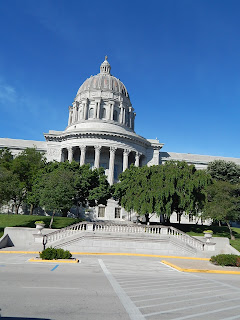 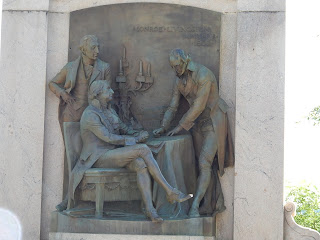 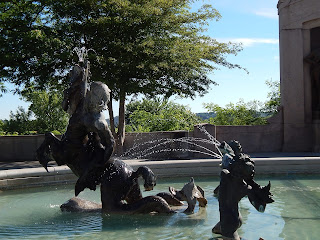 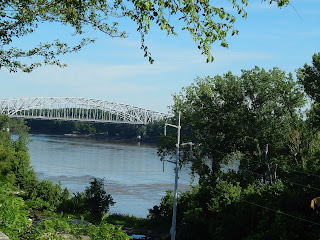 The Missouri River with a barge in the second picture. 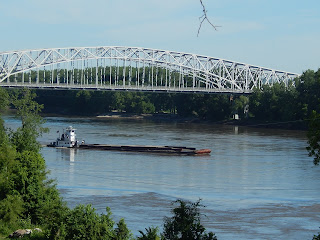 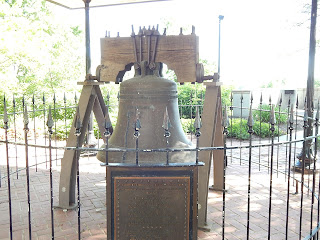 Replica of the Liberty Bell. 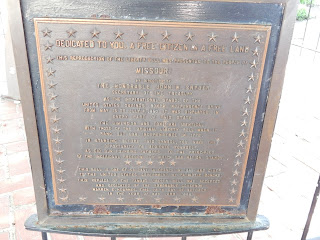 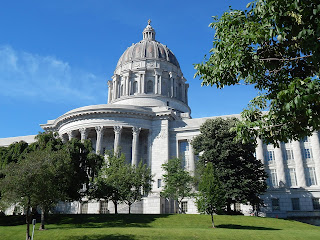 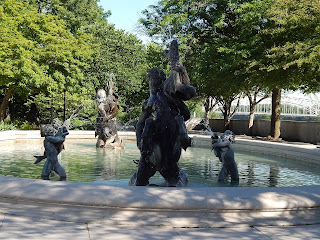 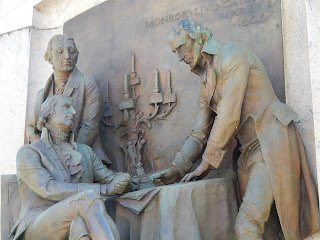 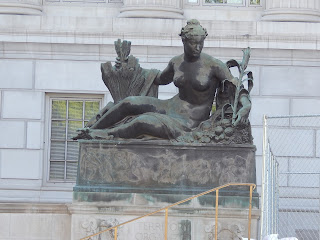 This is the Missouri River statue, The Mother of Waters. 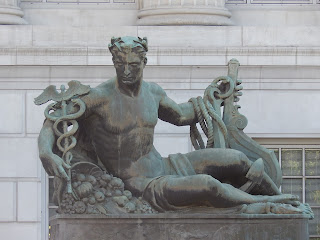 And the Mississippi River Statue, The Father of Waters. 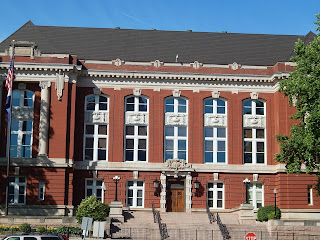 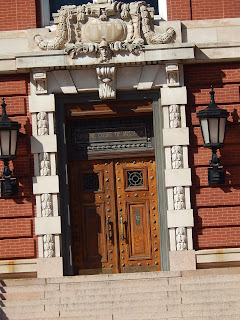 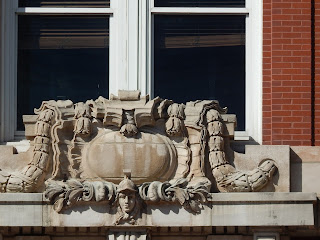 After the sightseeing we went to the hospital to stay with my Mother-in-law while Linda left to take care of things at the campground.
I spent the time helping her with her jig saw puzzle. We got quite a bit of it done before Cindy and I left. She acts like she is feeling a lot better but the Doctor isn’t quite ready to discharge her. Hopefully by Friday. We will have been here five days that was supposed to be one.

Cindy and I went to the only fabric store in this area and she got some pictures of the nice quilts they had hanging. 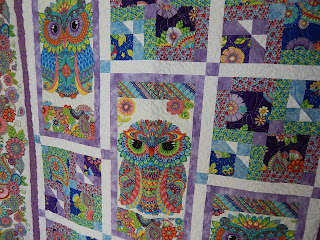 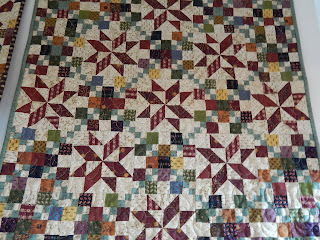 Thanks for visiting.
Posted by Ray and Cindy Warner at 5:46 PM