This morning we drove over to the Hospital where my Mother-in-Law is. She seemed to be a lot better and we found a puzzle in the waiting room which she promptly started to work on.

We stayed a while and had to go back to the RV Park to let the dogs out.

After lunch we went back to the hospital and picked up Linda. We then drove to the State Capitol. We took a guided tour (free) which was all about the art work in the building. The building was built Starting I think in 1913 and finished in 1917. Our guide told us that 4 million dollars was raised to build the building and the actual cost was 3 million. The extra million was used to put art work in the building. The statues in front of the building are of Thomas Jefferson, The Father of Waters (the Mississippi River), and The Mother of Waters (The Missouri River). 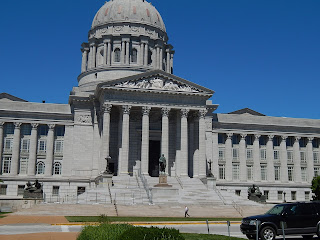 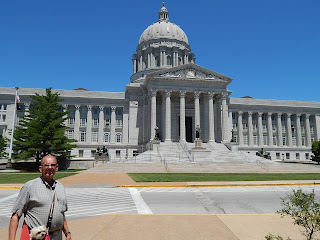 The paintings are drawn so that they seem to move as you pass them. One had a small boy that seemed to watch you as you pass. We thought it was interesting. We then went to the 4th floor and got to go into the House chambers. Our guide told us we weren’t allowed in the Senate. The House part had lots of nice stained glass. It was a nice tour and our tour guide answered a lot of our questions about what we were seeing. 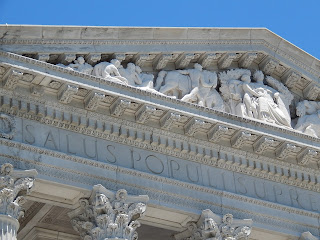 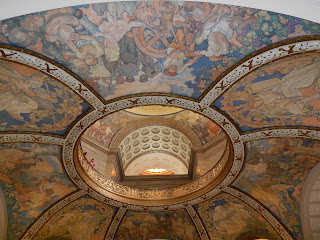 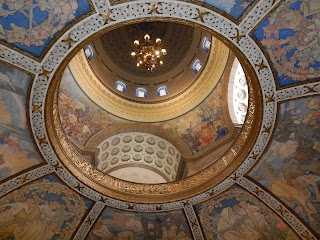 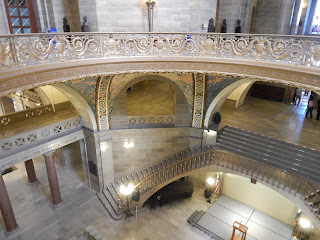 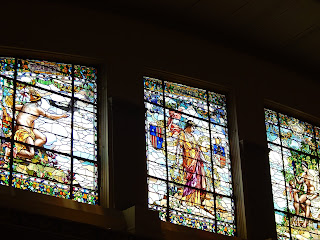 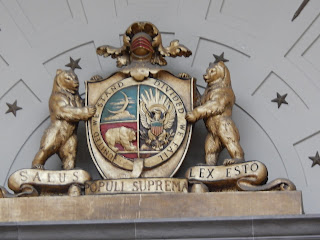 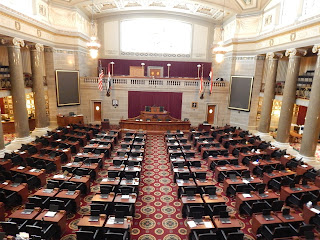 There was a section that had busts of famous people either born or lived in Missouri. I think he told us there were 41 busts there. Some of them were Mark Twain, Harry Truman, and Laura Ingles Wilder of Little House on the Prairie fame. 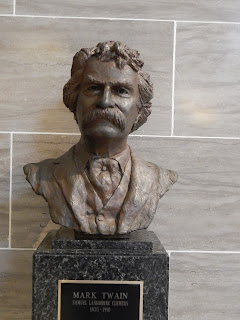 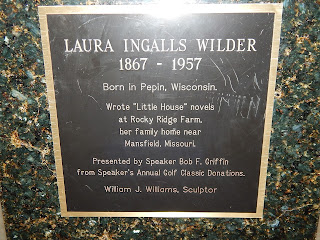 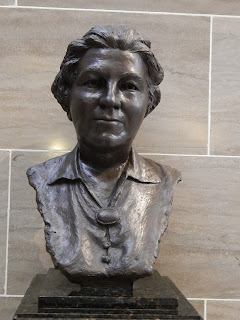 We found out from the last Park we were in, that all of Missouri's history was far from spotless. We had gone to the site of a Massacre by Missourians upon the people of Kansas. We went today to the State Archives and saw the original Extermination Order signed by Governor Boggs in 1838 :
Missouri Executive Order Number 44, read as follows:

This was signed 137 years after the original order.

After order number 44 went out many of the Mormons were killed and it resulted  into their moving to Illinois. We find this kind of history fascinating. 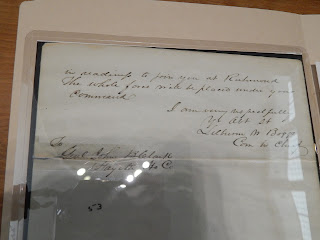 After we took Linda back, we decided to stop at the Central Dairy. One of our Blog readers had suggested it and every time we passed it they looked very busy. Since it is on the same street as the Hospital, we didn’t have to go out of our way. They were very busy, but the lines went through really fast. And the ice-cream cones were very generous and the ice-cream was good.

Linda came over and told us that she didn’t think their Mom would be released tomorrow, but will know better in the morning.

Thanks for visiting.
Posted by Ray and Cindy Warner at 5:55 PM