Lions and Tigers, Oh My! No Bears

It was another warm day today and is going to be even warmer tonight than last night.

We went to the Cedar Cove Feline Conservatory and Education Center today. Cedar Cove is a non-profit organization devoted to the care and preservation of endangered large cats while educating the public on their behavior, physiology, habitats and the threats & dangers of extinction.

Keepers at Cedar Cove are educated and trained in the care of Large Exotic Felines or "Big Cats.” Our goal is to ensure that all the felines at the facility are maintained in a stress-free environment and are not exploited.
On a daily basis, each and every animal at the park is given one-on-one attention so as to enhance and enrich its life and to make the animal comfortable.

We are located on four miles east of Louisburg, Kansas, 3783 K-68 Highway,  approximately 20 miles south of Kansas City off US Highway 69.

The Conservatory tries to teach visitors about the effects of what we do have on the environment. There were many displays in the reception room telling about it. 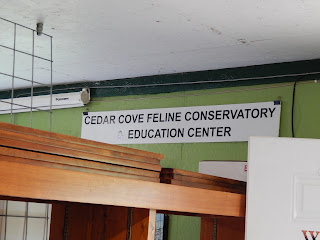 They had a lot of tigers including 2 white ones. Our guide told us that the white color is a recessive color and both parents have to pass it on. There was a white tiger with her regular colored sister. They are 2 years old. They had one that was 15 and another that was only a year old. 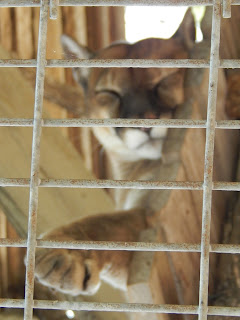 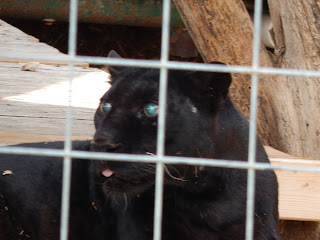 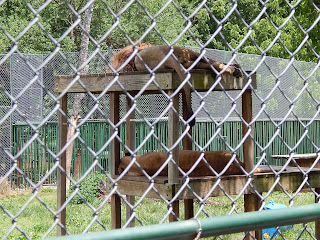 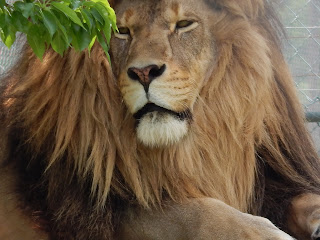 We only saw 2 lions, a male and a female. Our guide told us that if the male is neutered he will lose his mane. We thought that was interesting.

We also got to see a Black Panther, a leopard, and several other smaller cats. They had one mountain lion.

We also saw 2 wolves. The tigers allow the handlers, who were all volunteers, to pet and scratch them. Just before feeding one even got kissed by the handler. 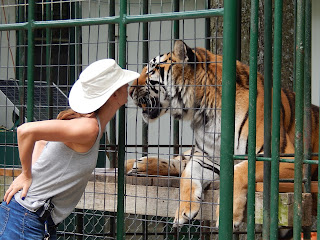 We had our tour and it was two hours till feeding, so we drove to the Louisburg Cider Mill. We found out that it is nothing but a store at this time of year so we went back to the Feline Conservatory and watch some DVD’s about the wolves in Yellowstone and also how the whales are good for the environment. 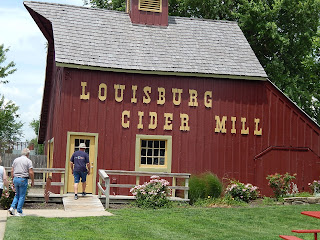 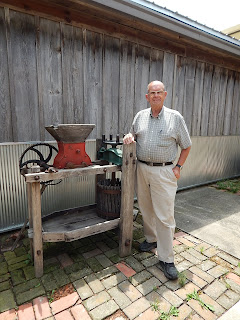 Just before feeding time, all the tigers seemed to know it was almost time for them to be fed and were pacing and watching for the food to come out. We were told that they were fed about 16 pounds of chicken and beef every other day. When they got the food, it was all gone in less than 5 minutes. 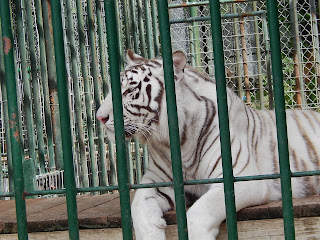 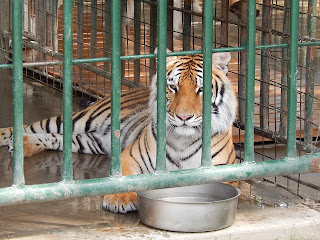 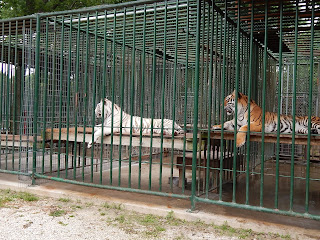 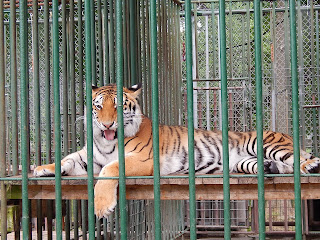 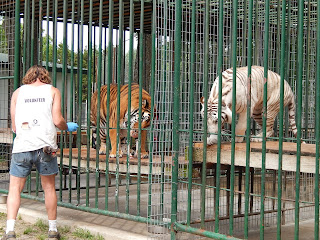 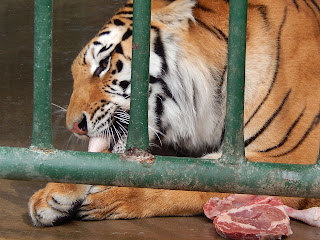 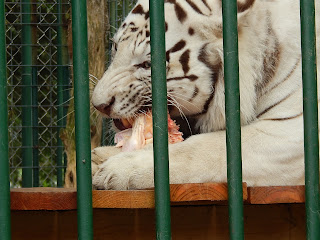 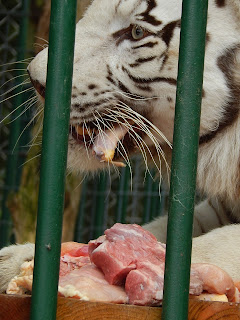 Thanks for visiting.
Posted by Ray and Cindy Warner at 5:15 PM