It was a lot warmer today than it has been but we got rained on (big surprise). More rain is predicted for tonight.

We did a little more sightseeing and got a few more pictures of the area. 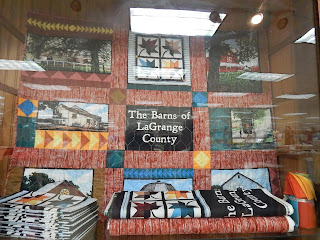 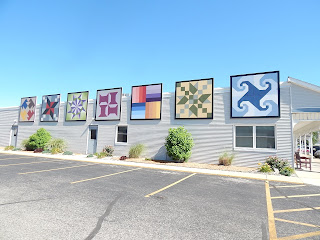 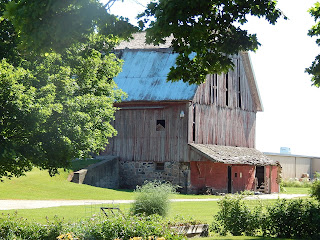 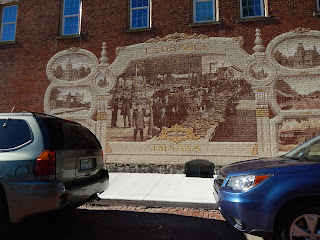 We went to the Menno-Hoff Museum. It told the story of how the Amish and Mennonites and Hutterites got started and how they came to the US and Canada. 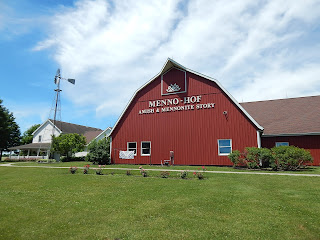 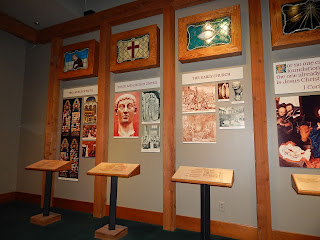 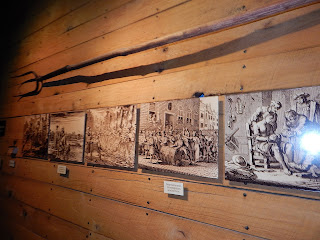 The tool (?) below was used to catch fleeing anabaptists that were then tortured and killed. The early persecution led to their moving to North America. 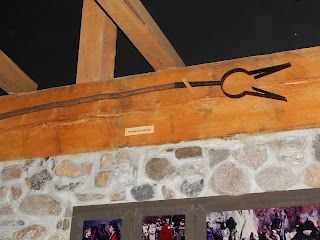 All three groups are called anabaptist because they do not believe in baptism of babies but feel that the individual should be able to decide for themselves. 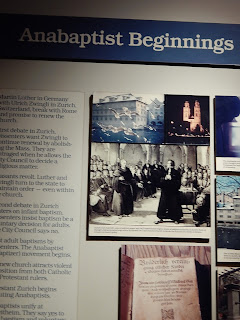 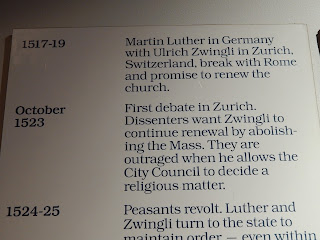 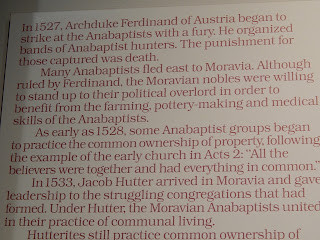 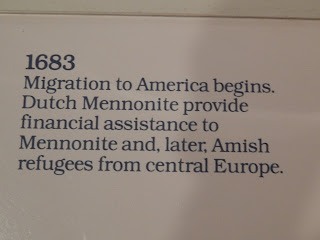 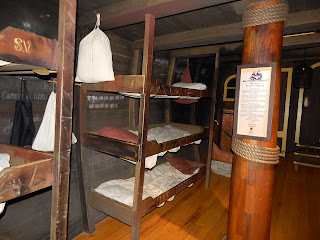 What one of the boats that brought them here looked like in the sleeping quarters. 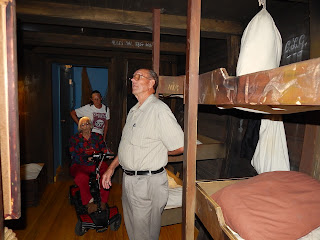 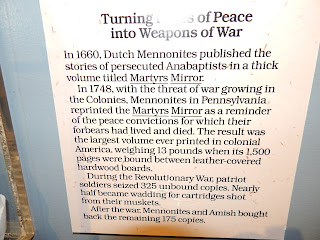 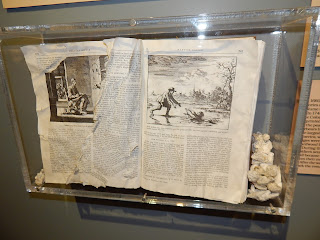 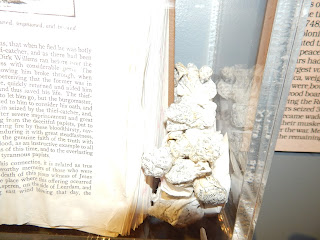 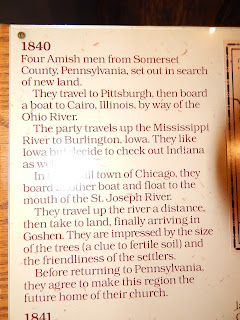 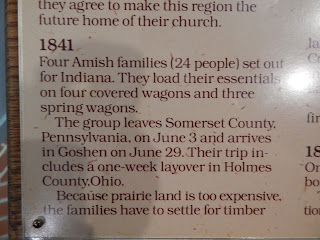 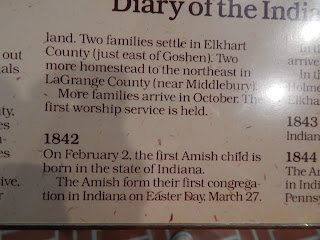 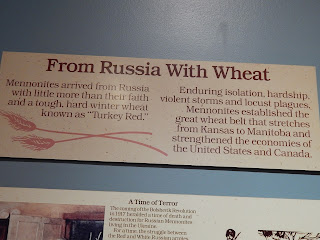 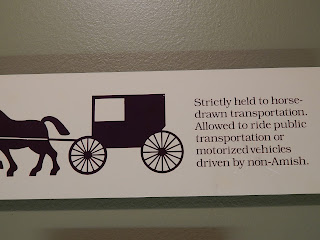 The Amish don’t believe in too many modern conveniences no electricity in their homes, any tractors or cars, but make extensive use of horses. They believe in dressing modestly and the married men do not shave their beards. We were told that 75% of the Amish stayed faithful to their religion. 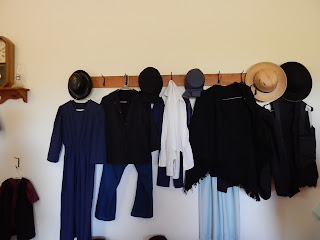 Everything but the hats are hand made. We have been told that the Amish women believe that no-one on earth is perfect and they deliberately leave flaws in any quilts they make. 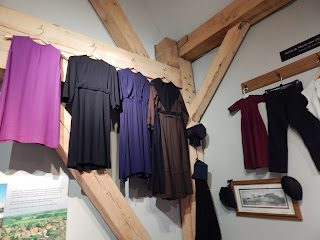 The Mennonites are more modern: they drive cars, use electricity, and still dress modestly. They dress more modern than the Amish and shave their beards. The women wear a small black hair net rather than the white cap the Amish women wear.

The Hutterites believe in modern farming methods and still live the communal life: all property owned by the whole community, community meals and schools are their way of life.

There are some differences but their basic religious beliefs are the same.

The Museum is set up so that we went through each part of their beliefs in approximately the correct time line. We thought it was a very well put together tour and we enjoyed our tour guide.

Thanks for visiting.
Posted by Ray and Cindy Warner at 3:50 PM