The Temple of Tolerance

The weather here has been nice but more rain is forecast.

Yesterday we went to The Temple of Tolerance which we found on Roadside America.

The Temple of Tolerance looks like it should be in an artist-hippie enclave like Sonora, Arizona, or Taos, New Mexico -- not in the back yard of a suburban home in Wapakoneta, Ohio, birthplace of Neil Armstrong.
The yard belongs to Jim Bowsher, self-described "master" of the Temple. He took 18 years to build it. The Temple and its satellite shrines occupy all of the space behind Jim's home -- and that's a lot of space, because Jim owns the entire center of the block, roughly equal to about two dozen Wapakoneta back yards. It's unexpected and well-hidden; people driving past Jim's front door on Wood Street probably don't even know it's back there.

Roadside America said to walk down his driveway into the backyard which we did. At first we were kind of leery about continuing but as we got further and further into the maze-like back yard it finally open up to where the Temple is located. I think Linda and Cindy were expecting Norman Bates to jump out and get us. We also found a driveway with a gate that my Mother-in-law could get into see all the shrines. 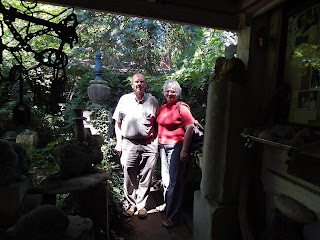 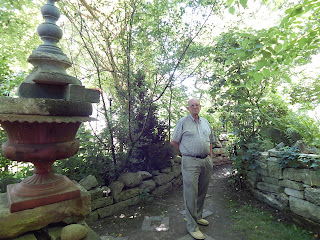 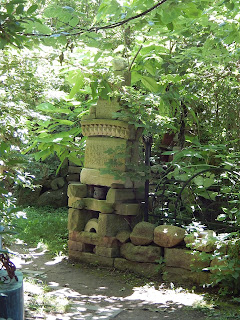 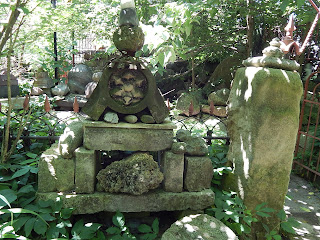 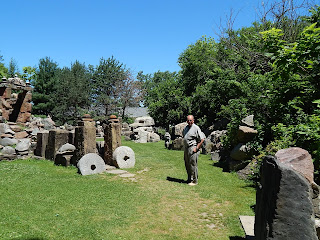 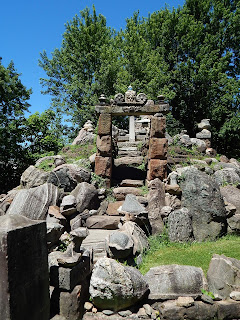 We thought it was kind of different and were about to leave when Jim Browsher showed up. He then proceeded to tell us about his latest shrine, a tribute to all the fallen veterans from Ohio since it became a state. 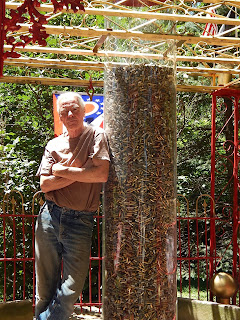 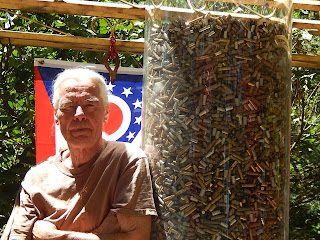 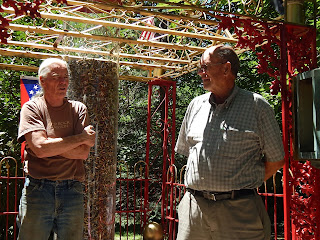 The tall clear cylinder contains exactly 71,388 shell casings, which Jim told us is the number of fallen from Ohio. He told us he even got the numbers from the CIA and all the wars we have fought in since the war of 1812. He told us that he had gone to Dunkirk with his metal detector and to various Civil War locations to get the shell casings. He said that the sign for the monument was being made and would be installed soon. He said he spent two and a half years picking up shell casings to make the monument.

He told us a little more about what we were looking at and it made the displays much more interesting. 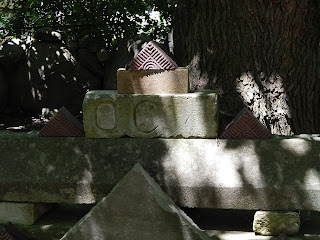 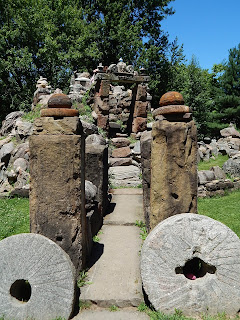 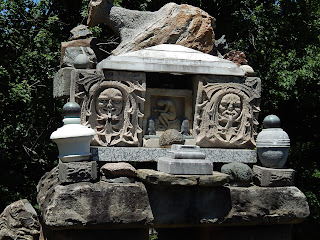 Every rock and gate have some meaning for Jim. He was interesting to talk to. 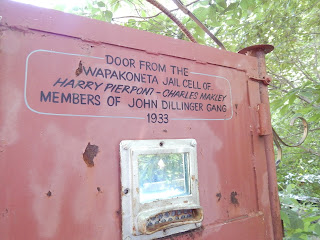 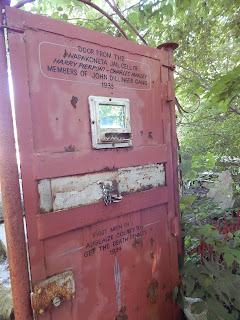 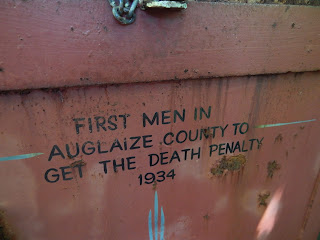 The monument is only about 2 miles from the RV Park and the no cost price is right. If you would like to learn more look on Roadside America. It really made it more interesting to have Jim tell us about what we were looking at and if you go I suggest you call him and make an appointment. His phone number is on Roadside America.

Thanks for visiting.
Posted by Ray and Cindy Warner at 9:20 AM