Cindy got a picture of a farmers market we went to in Howe and a picture of the field next to the RV Park there. 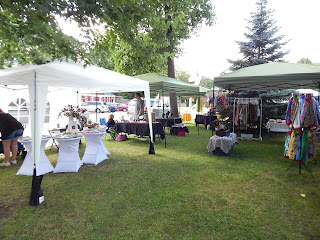 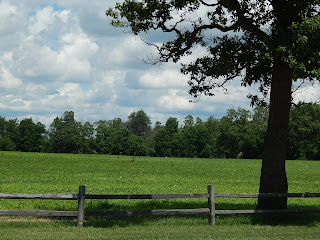 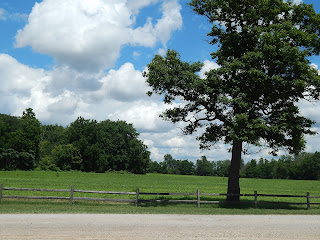 We had a short driving day yesterday. We stopped at the Spangler Candy Company in Bryan, Ohio on the way. They are the home of  Dum-Dums and also make candy canes.

We took the Trolley ride through there plant, but no pictures were allowed. I rode by the driver and he was a lot more knowledgeable about the plant than the guide. He told me that the plant is up to 13 million Dum-Dums per day. The wrapping is all automated. 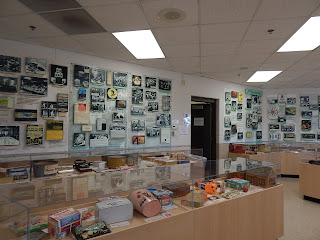 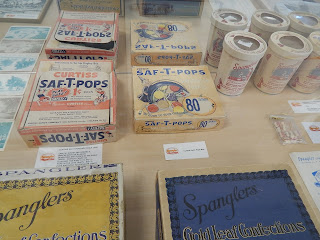 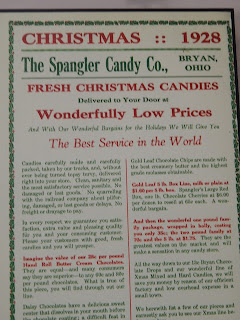 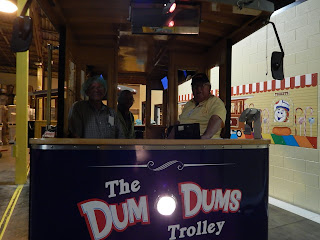 We were told that 500 employees work at the candy making and packaging plant. The driver, jokingly, ask me after we heard how many employees there were, how many worked there. I told him 500 and he replied, no, only about half.

After the trolley ride we went back to the gift shop and were given all the samples we wanted. They have many different flavors. Some have been around a long time and some, not so long.

It is a family run company with it looked like the fourth generation now in charge.

After we left the Candy Company we drove on to Wapakoneta, we drove through a lot of back roads because the main highway was closed. Some of the roads in Lima were so small that we really shouldn't have been there. Cindy got panicky when she saw a 13' 8" sign on one of the bridges, but we were OK.
When we got here at Arrowhead Lakes RV Park and got set up, Linda came running to us and said that their Mom had fallen and needed my help getting her up. Linda thought she had hit her head and took her to the ER to get checked to make sure everything was OK. They couldn't see anything but told her to watch her and make sure she didn't start having head aches.

Today is another nice day, but a bit on the cool side.

Thanks for visiting.
Posted by Ray and Cindy Warner at 7:49 AM