Today we drove to Howe, Indiana and are staying at the Grandview Bend Campground.We are here with Coast to Coast. We had a long drive, about 275 miles, which wouldn’t have been too bad if it weren’t for the traffic back-up as we neared Chicago.

As we got close to Shipshewana we started seeing Amish buggies. 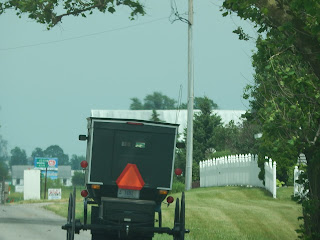 This Park has water and electrical hook-ups only and the sites are grass, but are fairly large. The managers seem to be very friendly. Cindy found a bird nest with an egg in it. 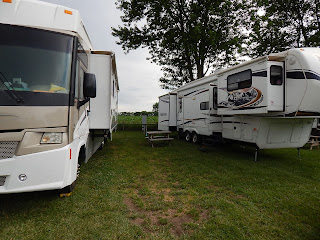 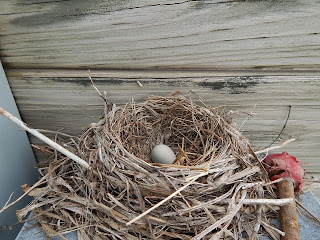 We were looking at a road map and noticed that the town of Tampico, Illinois, which wasn’t too far from the RV Park we were staying in, said it was the birthplace of Ronald Reagan and had a museum. We decided to drive there and see what they had. 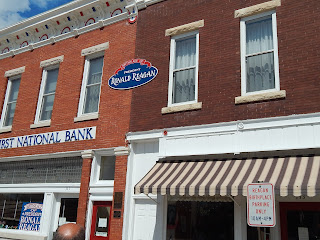 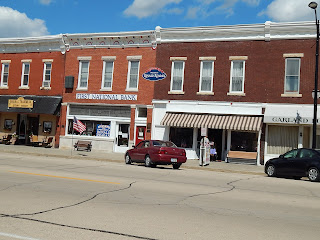 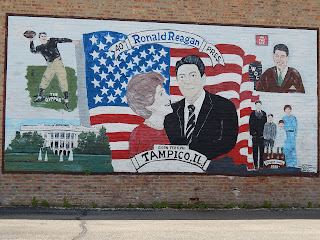 The museum had a lot of memorabilia from his youth and presidency. There was also a lot about his movie career. 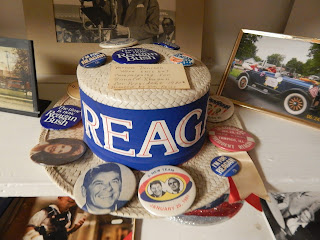 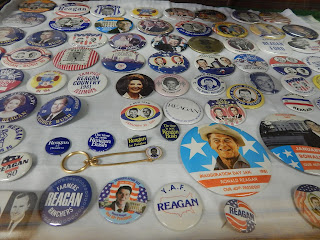 The building under the apartment he was born in originally was a variety store for a short time and was later turned into a bank. We thought it was interesting to see an original bank ledger from the 1920s that had a deposit by Mrs. Reagan, his mother. 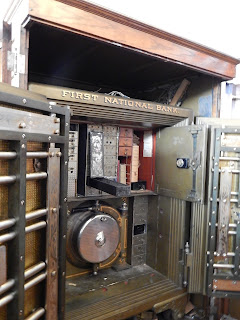 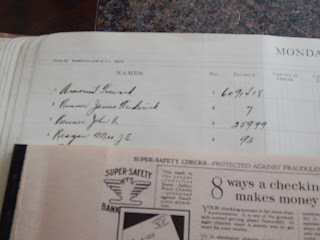 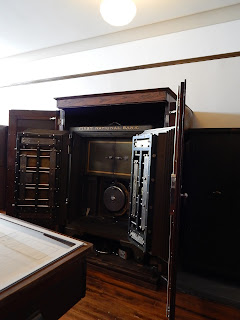 We then went upstairs to see the place he was born. It was a large, for the era, apartment. We were told that it wasn’t furnished with the things that actually belonged to the Reagans, but was as close to what it looked like in 1911 as possible. 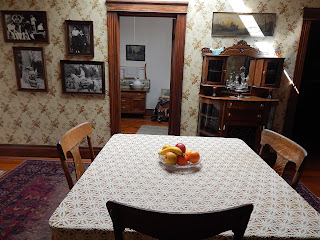 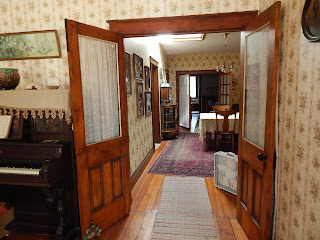 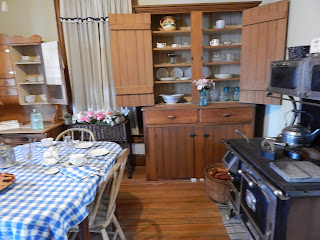 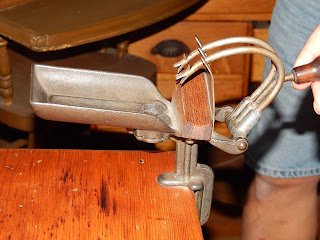 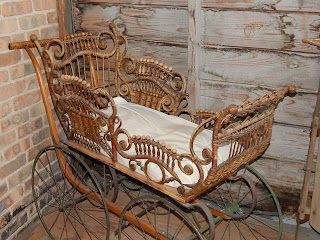 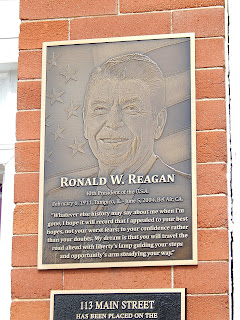 It was interesting to see the museum and we enjoyed it.

Last night the soy bean field next to us had hundreds of fire flies lighting up. The picture doesn't show them too well, but the small white dots are fire flies.

Thanks for visiting.
Posted by Ray and Cindy Warner at 5:15 PM