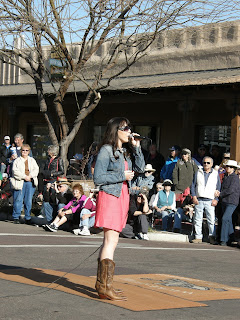 Today we went into Wickenburg to see the old car show and all the booths selling things. We got there as the opening ceremonies were starting. They said this was the 65th Gold Rush days, and Wickenburg’s 150th anniversary
.
The singer had a beautiful voice. The MC said we got to hear her for free this morning, but you would have to pay to hear her tonight at the dance. 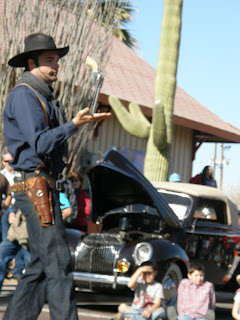 They also had a champion six shooter handler give us a demonstration  He said he had been playing with guns since he got his first cap gun as a child. He said he has taught actors how to handle guns for the movies. 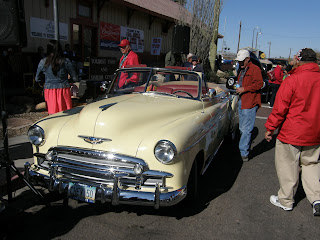 The whole street was full of old cars and Trucks. It makes me feel old, when some of the cars in the show were some of the ones I drove and owned as a kid. Cindy thought the old tear-drop trailer pulled by the old car was kind of neat. 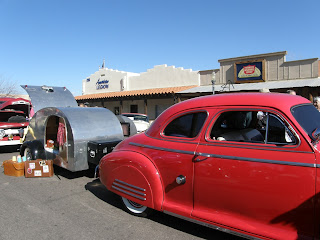 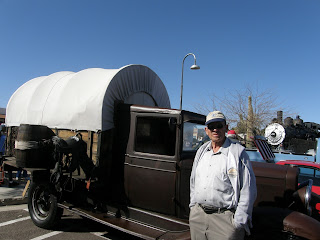 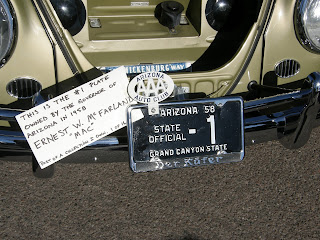 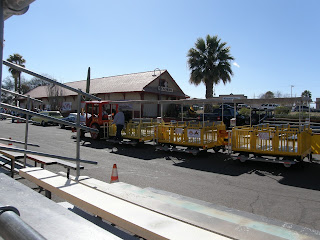 Free trolley for the visitors 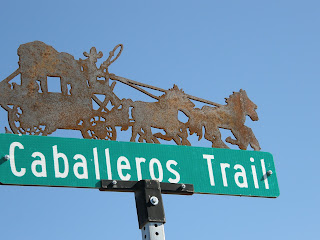 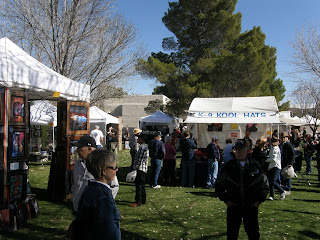 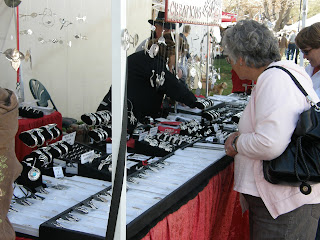 Next we went over to the Art Festival to see what was for sale. There was lots of jewelry, paintings, and even hats and sun visors for dogs. Cindy bought a Saguaro Cactus charm for her travel charm bracelet.
Tomorrow we want to go back to see the parade, which they claim is Arizona’s fourth largest Parade.

Posted by Ray and Cindy Warner at 1:05 PM