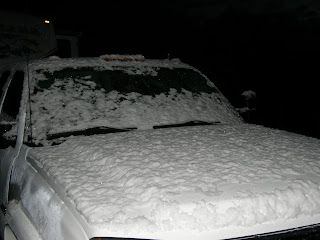 We notice the heater ran a lot last night. When we went out the, truck was covered with snow. I thought we left Utah to get away from all the white stuff. It was cold all day! It’s supposed to be a little warmer tomorrow. I hope so 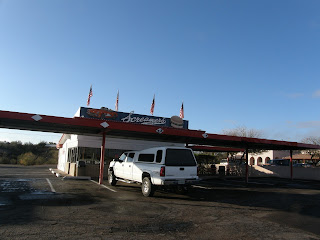 We went to the Gold Rush Parade in Wickenburg this morning. I had talked to a policeman yesterday and he advised us to be parked by 8:30 at the latest because they we going to close the road at 9:00. We found a place to park at a restaurant called Screamers. Cindy went in to ask permission to park, and came back to say OK. She also said they had a giant egg omelet burrito that sure looked good. So we shared one. Because the restaurant owner was kind enough to let us park in his lot, he also got a customer.

The parade started to line up at about 9:30, and started at 10:00. We found out we were about a block too far up from the start, so we walked down to see some of the parade before it actually started. We did get to see all of the parade. One advantage we had from being parked where we did, was that we got to leave sooner than most of the traffic. 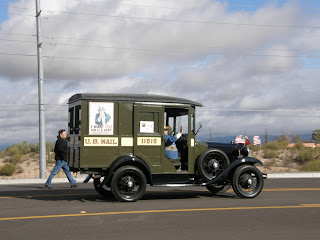 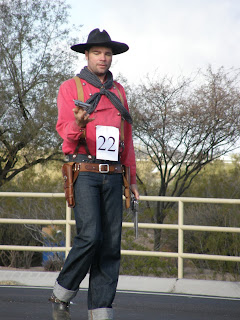 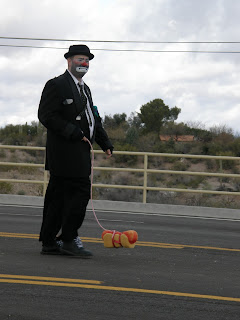 What's a parade without a clown? Here he is with his wiener dog. 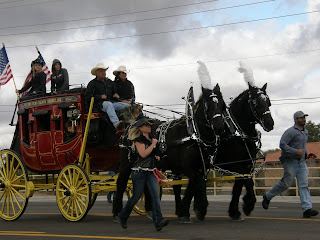 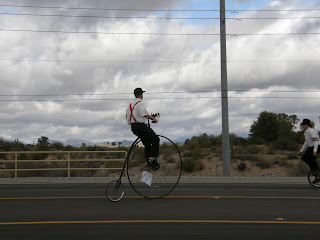 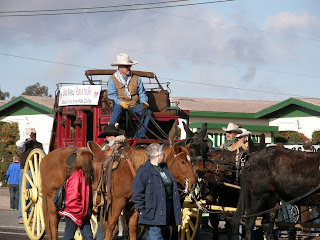 These older gals sure could move! 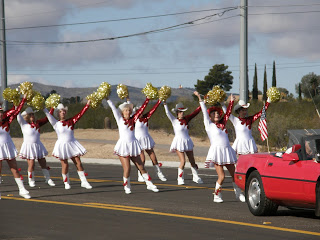 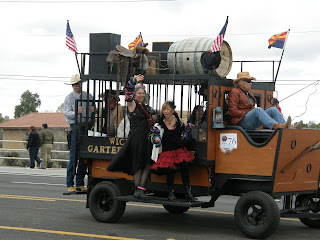 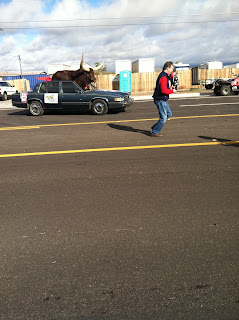 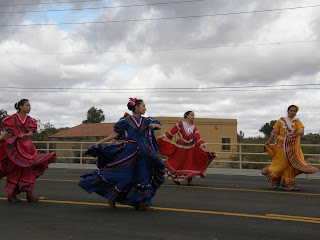 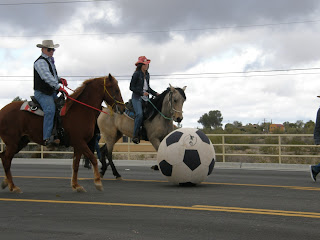 We were going back to the detour, when I spotted a yard sale sign. I thought why not, as I hadn't been to a yard sale for a month. Cindy found some really nice material for a lot better price than we would have got it at home. 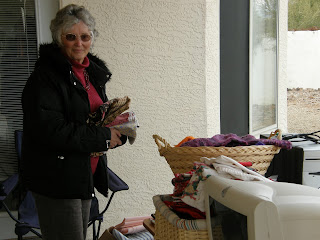 We got back to North Ranch at about 2:00. We had been invited over to Mike and Pat’s at 4:00, so we went over to see them and visited for a while.
It’s still very cold here. The TV said it was about 15 degrees colder than normal. I’m sure glad we’re not in Connecticut, or anywhere back east for that matter.

Posted by Ray and Cindy Warner at 6:59 PM