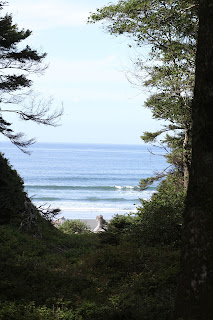 This morning we woke up to fog. We weren’t sure what we were going to do today, but the fog soon went away. We decided to head north up the coast. We went through several small towns and then the road turned east and finally met up with Highway 101. We soon came to part of The Olympic National Park. 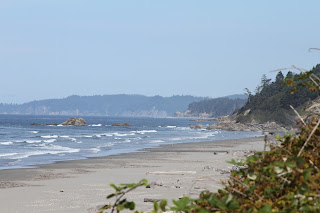 Shortly afterward we came to Ruby Beach, where we stopped to take lots of pictures. It is a beautiful beach that reminded us of some of the Oregon coast. I found one large almost vertical rock that had small stones stacked in various places, including the top. The small rocks must have been put up there by kids, because old guys like me don’t bounce when they fall. (But I do bounce better than Cindy.) 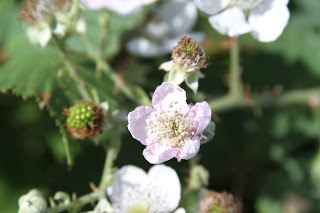 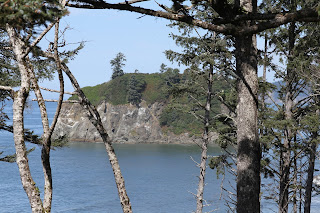 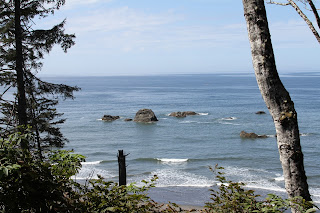 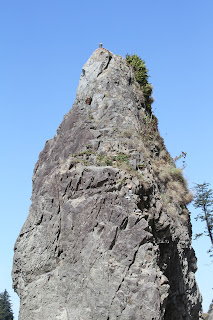 If you can see the stacked rocks, I think kids put them there. They must really bounce if they fall. LOL There was a lot of beautiful scenery here. 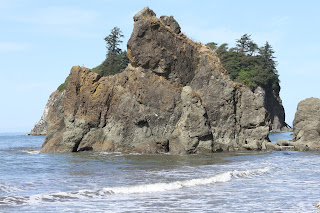 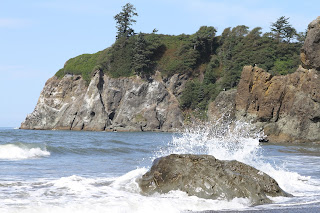 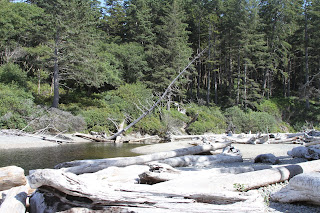 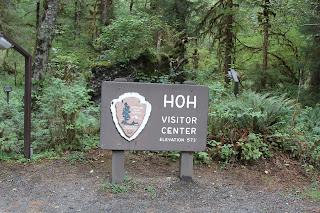 We drove on to the town of Forks, where we had lunch. After lunch we went back to the road to Hoh Rain Forest in the Olympic National Park. We went into the Visitor Center for a little while. 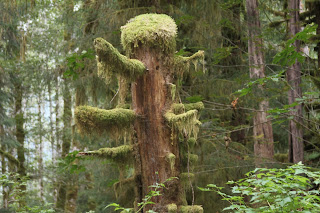 After the Visitor Center, we went one a trail to the Hall of Mosses. The total length of the trail was 1 ¼ miles, which about did Cindy in. She is doing a lot better than even a month ago, but still isn't fully recovered. The Rain Forest was what Cindy thought it would be: all the trees were covered with moss and one tree even had mushrooms growing out of it, and a lot of the stumps had various kinds of moss growing on them. 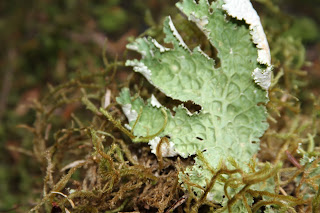 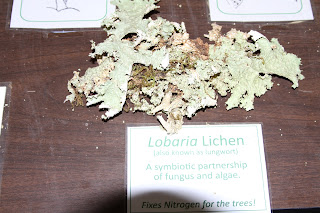 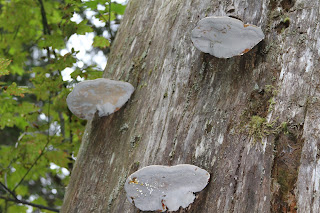 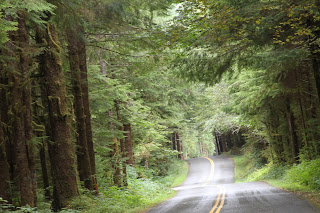 We drove back down Highway 101 toward Copalis Beach and were picking Black Berries. An older man stopped and told us that if we were after Black Berries, he had lots of big ones by his driveway that we could pick, so we followed him home. He was right about having lots of large berries because it didn’t take us long to pick all we wanted tonight. We told him we probably would come back tomorrow and pick more. He was more than pleased to have us pick them.

That was about it for the day. Thanks for visiting.
Posted by Ray and Cindy Warner at 10:32 AM