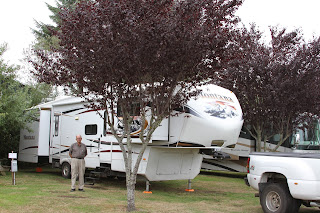 This is where we are parked. 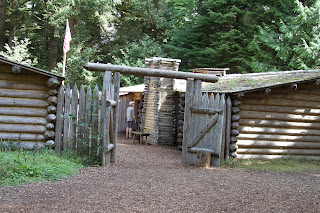 Today we drove over to Astoria then on to see Fort Clapsop which was built by Lewis and Clark. It is now Part of the National Park System. We watched a video about the Lewis and Clark expedition to reach the Pacific Ocean. It was interesting to see how the expedition almost ended before it had hardly got started. It also told of how hard it was to travel so far in 1805. They have a display of one of the canoes that was made by burning out logs, that were used on part of the journey. 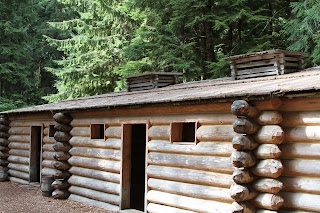 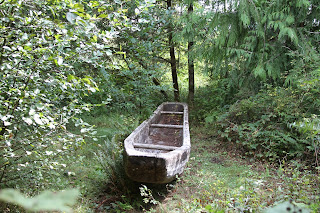 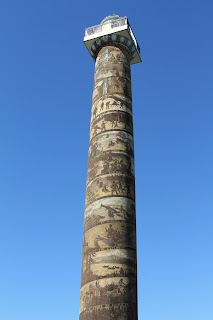 We then went to the Astoria Column. I went to the top and took some pictures of the surrounding scenery. Cindy wasn't able to climb the tower because of her back. For me, it was a lot harder to climb up, than to come back down. 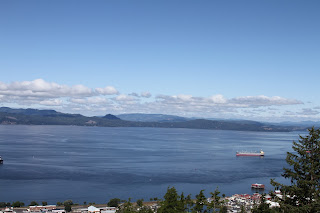 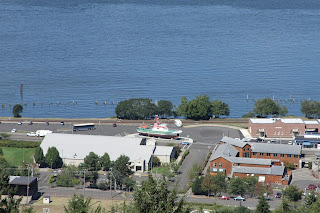 All day we kept seeing the old cars driving around. According to a flyer, this is the 30th year this event has been held, and keeps getting bigger. It is fun to see all the old cars and trucks.
This afternoon we went to dinner with Dan and Patty Chance and Nancy Kissack. It is always fun to meet with fellow bloggers and talk about past travels. 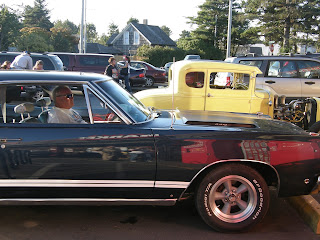 Afterwards we stopped at the local grocery store. There were more of the old cars stopped at the store, and all the way back we saw more of them driving down the highway. I thought it was interesting that as we drove along, how many people were in chairs in their front yards to watch the old cars as they drove by.


Another interesting day. Thanks for visiting.
Posted by Ray and Cindy Warner at 10:35 PM