We made it to California

We left Winnemucca by 8:00 AM and were going to stop for the day in Susanville. We got there at about 12:30. It was so early, that I wasn’t too happy to stop for the day, which would have made a very long day today. So we found out that Yreka was about 3 hours or so away, which would make it a much shorter day today. The drive from Winnemucca to Susanville is mostly desert without much sightseeing other than some of the last few miles reminded me of Star Valley in Wyoming.

So we stopped at the AAA office to get some maps and information about the roads. The lady told us that the roads should be good and that we would be traveling through some of the most beautiful part of California. And she was right! We climbed a little way up from Susanville and we started to see some very pretty lakes and meadows. As we went along, we started to see a snow covered mountain, which we found out was Mount Shasta. 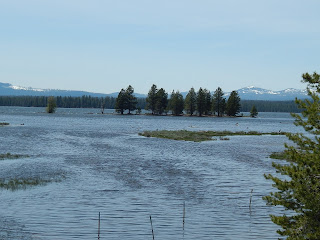 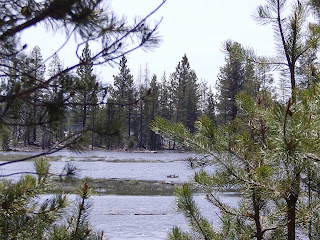 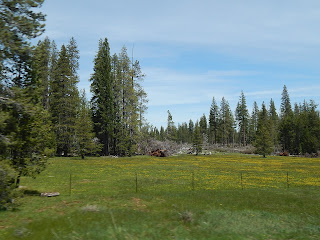 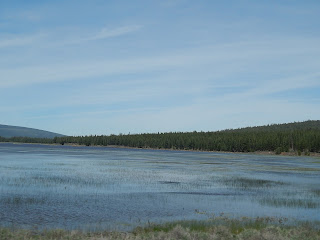 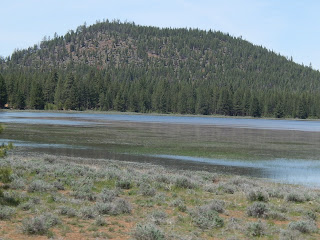 Cindy got a lot of pictures of the Mountain. I have included some of the best. 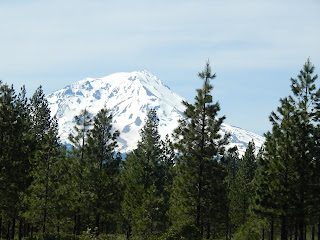 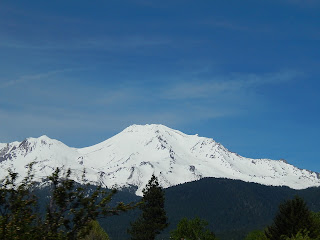 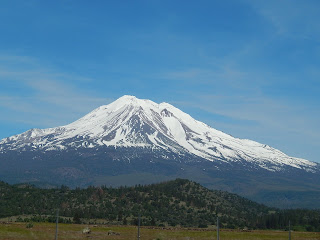 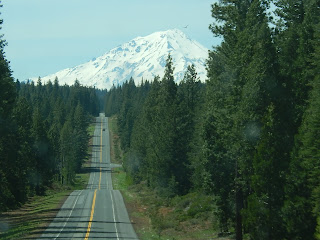 When we got close to Interstate 5 we stopped at a turn-off so she could take some more picture and I needed to stretch my legs. We were stopped for about 5 minutes, when a California Highway Patrol car stopped to make sure we were alright. We assured him everything was OK. As he left, Cindy noticed he stopped by the truck and checked something on his computer. I think he entered our license number to make sure we didn’t have any warrants or stuff like that. Then he drove away.

We made it to Yreka at about 4:30 and stopped for the night at Camp Walmart. There were several other campers there overnight and it was very quiet.

This morning we left for Klamath, California but I will wait for another post to talk about the drive.

Thanks for visiting.
Posted by Ray and Cindy Warner at 4:07 PM