The Beach, Elk, and more Trees

Today we drove south toward what should have been a scenic drive, but the road is closed for some repairs.

We drove to the far south end of the scenic road and drove into the Prairie Creek Visitors Center. On the way in there were four elk in the meadow. Later at another Meadow, we got to see a heard of about 20, but more about that later. 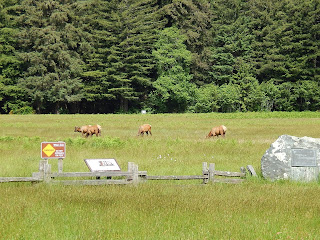 At this place the docent told us that some of the largest trees in the Park are located. We took the walk and did see some gigantic Redwoods. Cindy also got pictures of lots more flowers. 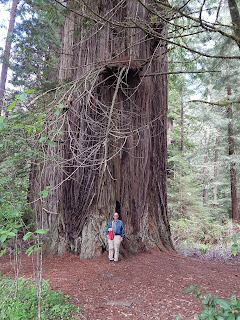 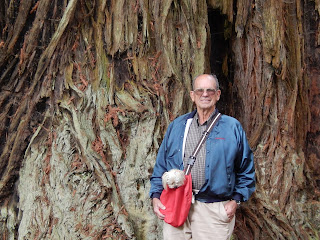 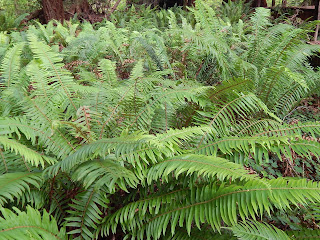 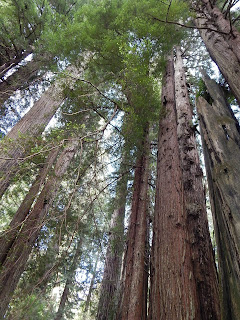 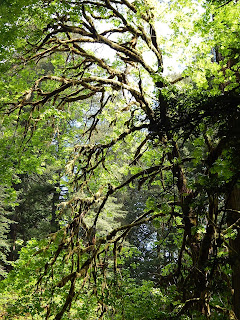 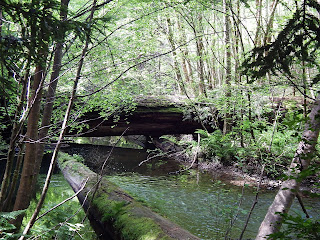 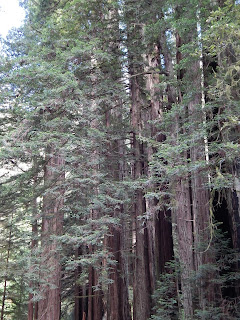 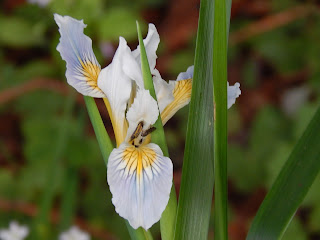 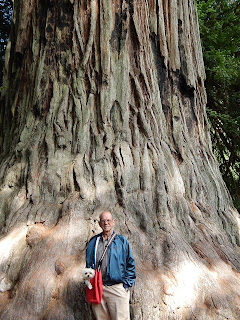 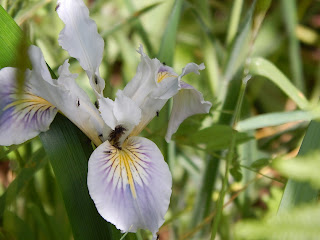 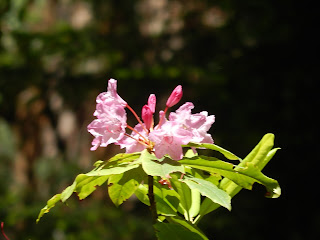 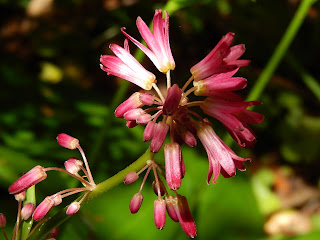 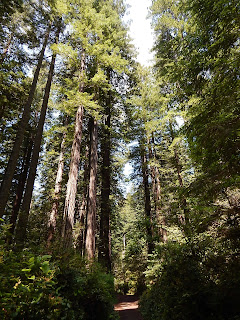 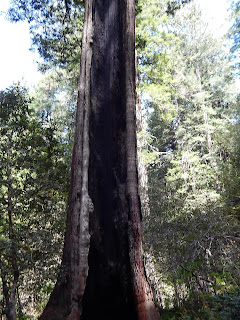 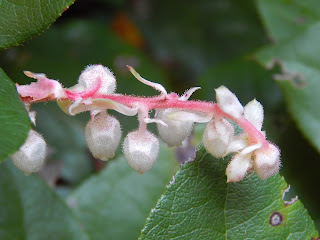 We then drove to the Lady Bird Johnson Memorial Grove. By the 1960’s a lot of the Redwood forests that had stood for hundreds of years were logged, milled, and shipped elsewhere. The realization that old growth Redwood forests were disappearing far too rapidly, led to the establishment of three Redwood State Parks in the 1920s and Redwoods National Park in 1968. Presidents Nixon and Johnson joined Governor Reagan in dedicating the 300 acre grove to Lady Bird Johnson and her campaign to preserve America’s natural beauty. This was enlarged in 1978 to include more of the watershed. 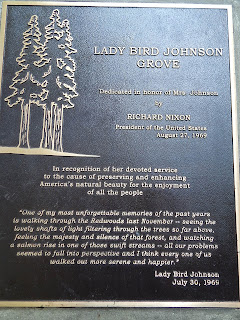 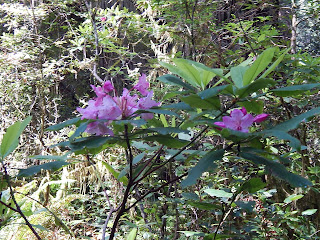 Again we got more pictures of giant Redwoods, some of which have withstood forest fires. Some have large caverns where the middle is burned away, but the tree is still alive. Again more flower pictures. 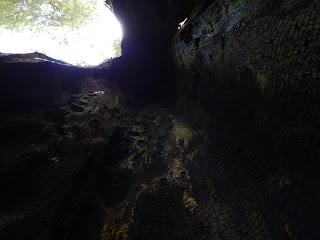 These 2 pictures are from inside a burned out tree. 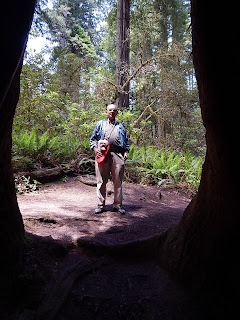 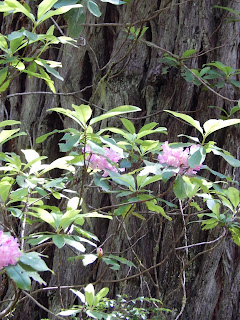 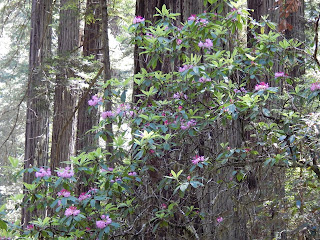 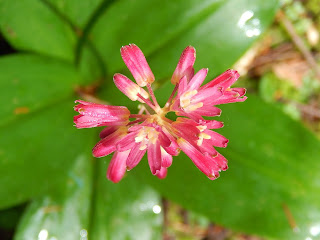 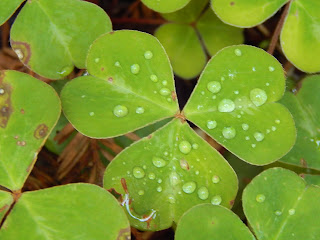 We then took Penny to the beach by the Town of Orick. She had a good time digging and playing in the sand.
On the way back to the RV Park, I noticed about 20 elk in a meadow, where before there were none. There were a lot of mothers with their babies. We also saw a young bull. 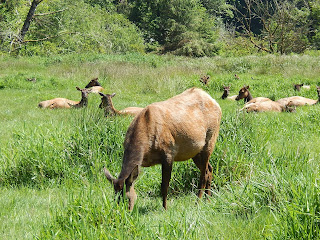 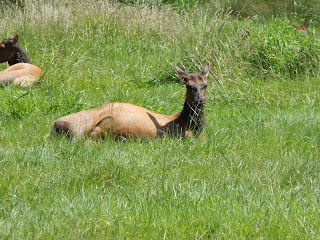 It was a nice warm sunny day, except in the Redwood groves it felt chilly because of all the shade from the trees. It was a good day for sightseeing.

Thanks for visiting.
Posted by Ray and Cindy Warner at 6:02 PM