Today we got to see the Sea Lions

We decided to go south to a beach road that was supposed to be very scenic and it was.

We crossed the Klamath River Bridge with it's golden bears on each end of it. There is an interesting story about how the bears came to be gold colored. In the 1960's a group of the residents decided to paint the bears gold. When the Highway Department saw them, they thought the gold was the work of vandals and they repainted them the original grey. When they realized it was the residents that wanted them gold, they were repainted gold, which color they have remained. 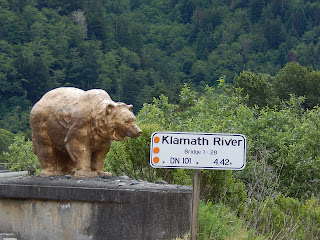 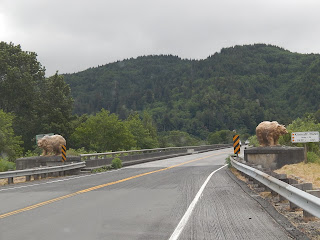 The beach road is only about 2 miles from the campground we are staying in. It really is very scenic with lots of Redwood Trees and lots of blooming flowers. 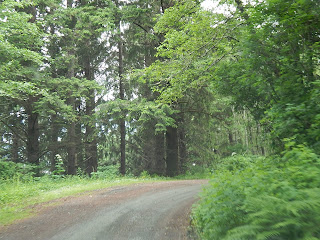 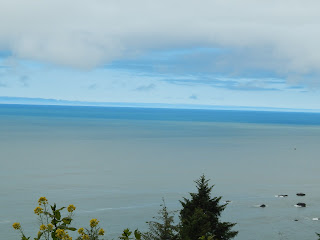 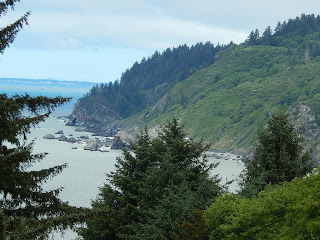 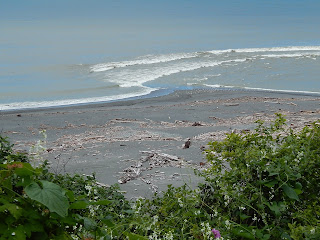 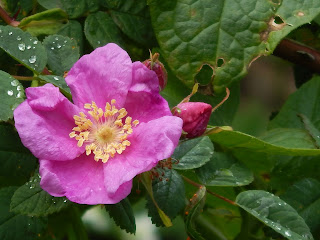 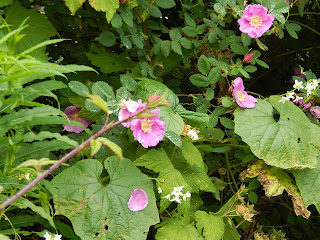 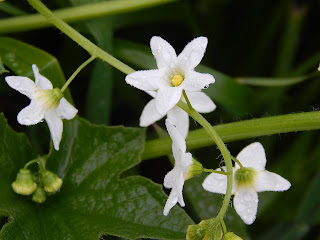 When we finally got to the Overlook, we could see lots of Native Indian fishermen using their nets to catch the fish. There were also lots of the Sea Lions, that we heard yesterday swimming and catching the fish. 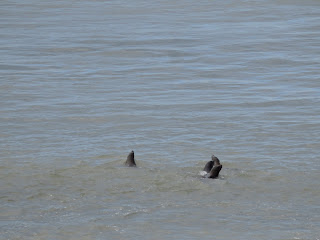 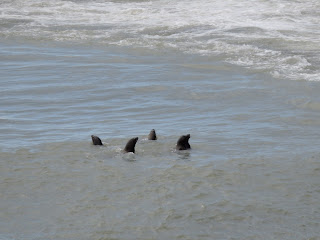 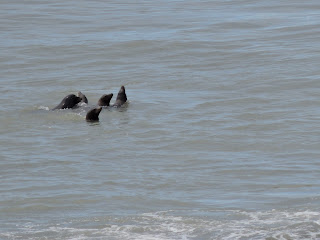 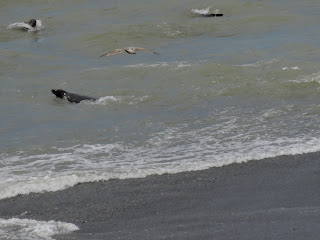 As we continued back to the main Highway we came across the remains of the original bridge over the River. It said that the bridge was destroyed by floods in 1964. 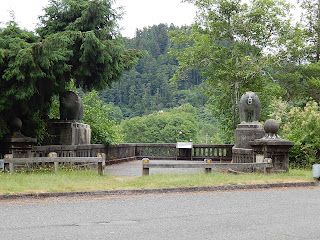 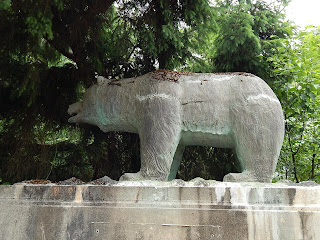 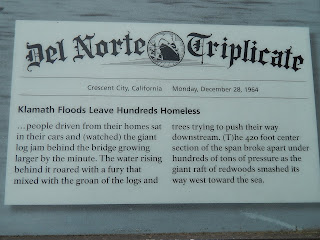 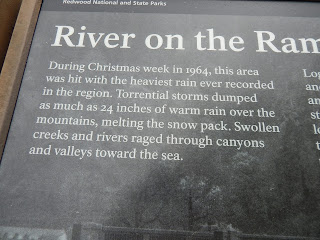 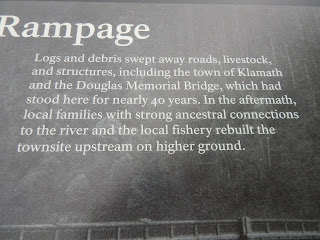 There is still lots to be seen in the area.

Thanks for visiting.
Posted by Ray and Cindy Warner at 9:14 AM