Into Oregon then Back to California

We left Yreka and headed north on Interstate 5. The highway has some steep up and down grades, which we had been warned about. But with the aid of my exhaust brake and in the tow-haul mode, the truck handled the hills well.

We got into Grants Pass, Oregon and I felt like filling the truck there instead of California. The station I picked had diesel at $2.33.9 per gallon, which was 35 to 40 cents per gallon less than anything I found in California.

We took Highway US199 back into California. It is a two lane road which leads to US 101. It is full of twists and turns and for the most part is a slow road. While it is more scenic than the Interstate, you can’t be in a big hurry. 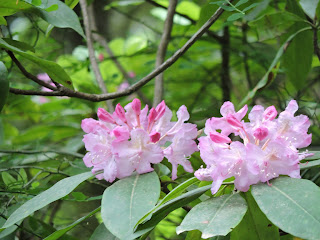 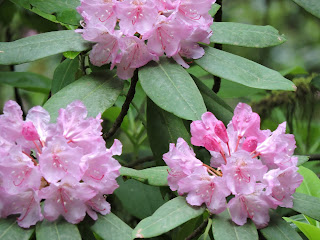 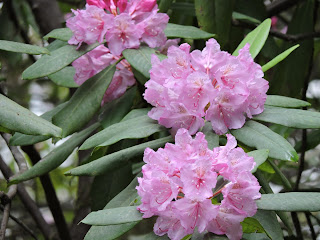 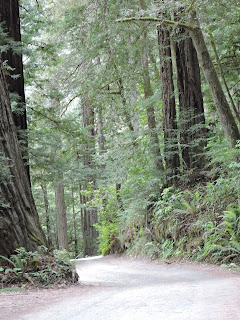 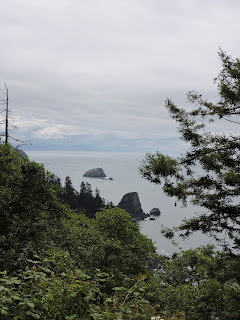 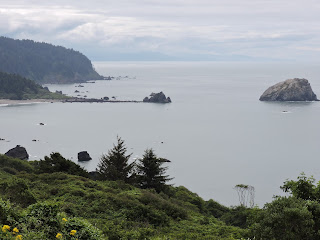 Penny doesn’t do well with roads like that and didn’t feel well for all afternoon into the evening. By about 8:00 she finally got feeling better. Today she is back to normal.

We are staying at the Chinook RV Resort, which is quite small with level grass sites.It really isn't what I would call a Resort, but it is alright in spite of one bad review. When we got there the receptionist told us to pick out a site and let her know which one. After getting stopped in a nice pull through site, I had the power hooked up and touched the metal on the fifth wheel and got quite a shock. Also our surge guard would not put power into the trailer. I checked the other panel and got a shock from it, so I checked the two boxes further down the line than the ones I was by and still got a little shock. By then the Owner came by and said the back-in sites were good. So I check the box and it didn’t shock me, so we backed up into the site, which seems to be doing OK. Two of the outlet boxes next to the one we had been trying were already taped up, and the owner told us he had a problem with them and so they put up caution tape to stop people from trying 6 sites until the can get an electrician out next week. It’s a good thing they are in their slow season. Still the park will be OK for the time we will be here. 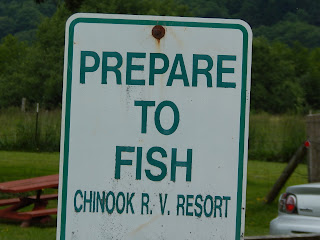 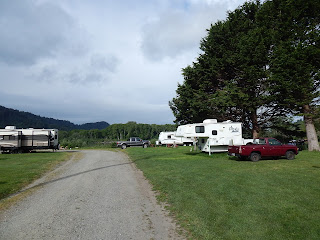 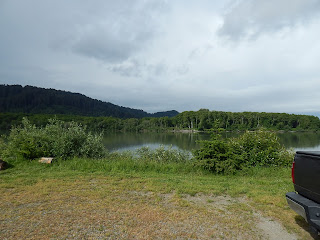 Last night the Park had a camp fire and we got to meet some of the other people staying in the Park. Penny, who usually likes everyone, didn’t want anything to do with a nice lady from Connecticut. It was when she still wasn’t feeling well and hopefully that was her problem.

Thanks for visiting.
Posted by Ray and Cindy Warner at 4:07 PM