The day started out with light mist. As the day went on we started to get some breaks in the clouds, and by 4:00 the sun was shining.

We went to the Coast Guard Museum and walked through it. It was built in 1934 and provided search and rescue operations until 1970. There are many displays showing what life was during World War II. The building is now on the National Historic Register. 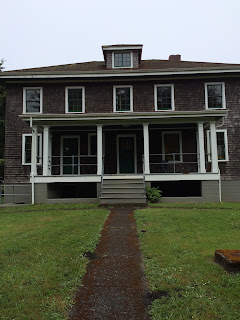 One of the displays is a dog tag machine used in the War. It still works and they would make you military style dog tags for a price, but we declined. 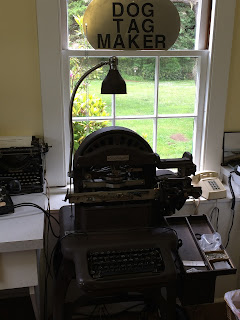 Another display is a wedding dress from the early 1900s. It said the bride had an 18 inch waist. 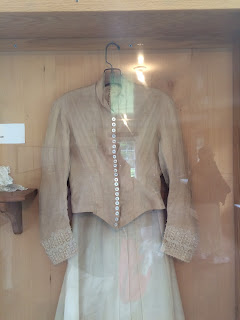 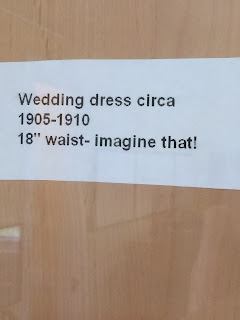 They had a very tall steering wheel that was found on the beach that was taller than either one of us. 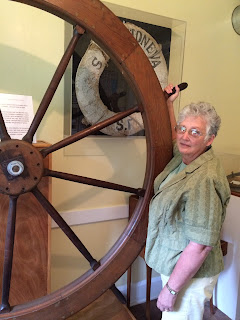 On display is a 36 foot motor life boat that had a speed of about 9 knots. We were told that helicopters made rescue much faster and the boat was retired. 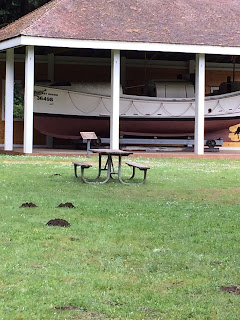 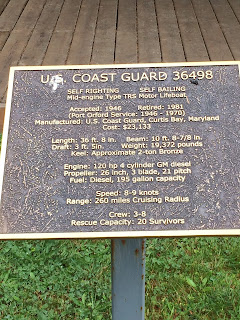 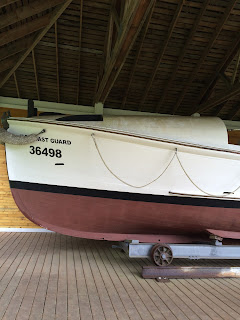 Some of the War display were kind of neat. They had a copy of a ration book, some 3 cent stamps from 1945, and a newspaper article about a dog that saved someone and got two metals, which later were rescinded. 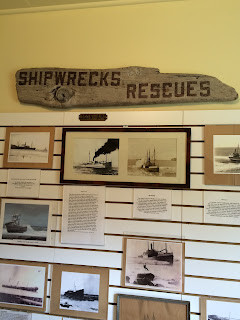 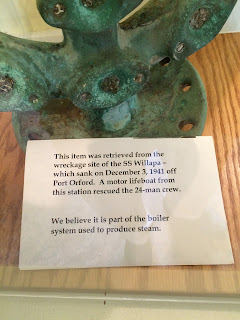 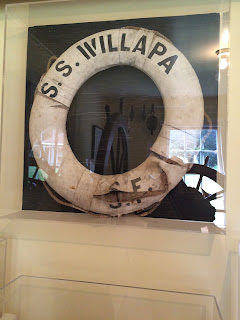 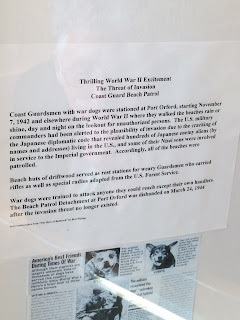 Sorry you can't read this, but the dog on the right saved someone and was wounded in the process for which he got two metals. We wondered why they were taken away. 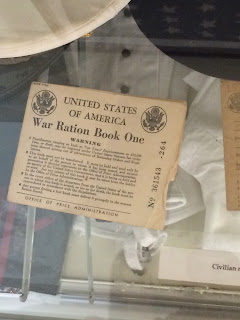 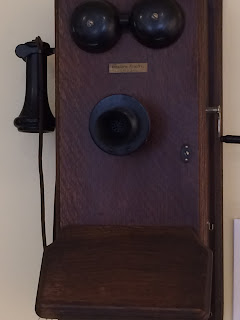 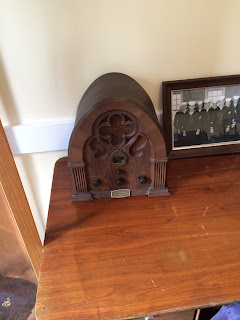 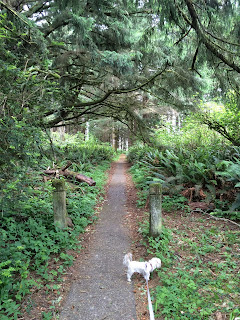 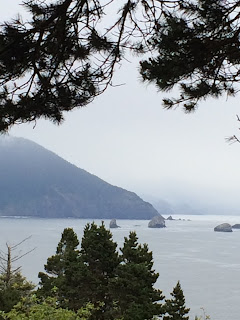 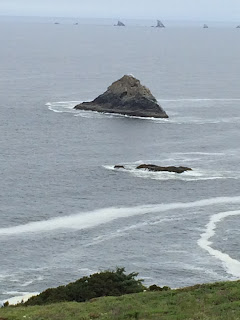 After this we went to a place where we could take Penny to play in the sand. She had fun playing and running around, especially when another dog came along. She got so dirty rolling in the sand, that she got a bath this afternoon. 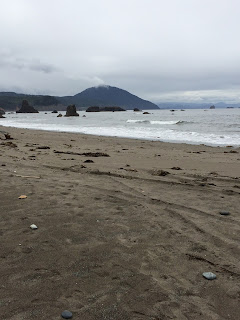 Tomorrow we leave for Reedsport for a one night stay. Since we will only be there one night, I’m not sure we will go see anything, but we shall see.

Thanks for Visiting.
Posted by Ray and Cindy Warner at 6:29 PM