Yesterday we had a pleasant 90 mile drive, again headed north. We had mostly a sunny day, but did have a few places where we got sprinkled on.

We got checked into The Chinook Bend RV Park. In is right on the Siletz River. The sites are a little way from the office, and the only drawback is the only place there is Wi-Fi is in the office. The sites themselves are grass with gravel underneath. They are mostly level, but with the Level-ups, it really doesn’t matter (have I said how much I like the leveling system?). This Park is mostly for the fishermen, but is the only Park I could find that allowed us camping over Memorial Day. We will be here for 6 nights. 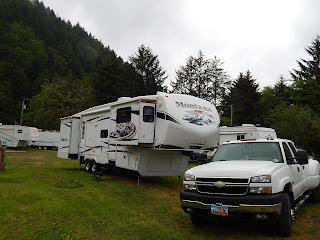 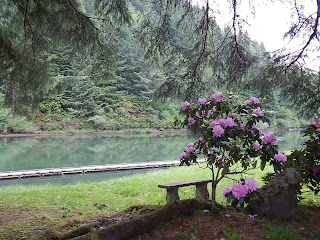 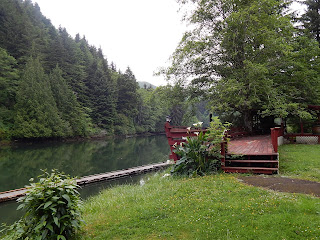 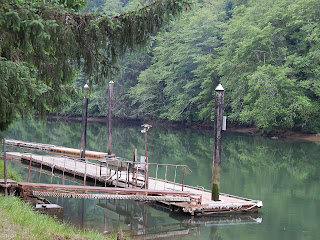 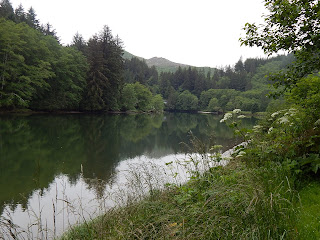 On the way here we passed three quilt stores, but weren’t able to find any parking to go see them. We do plan on going back to the one in Newport, and do a little sightseeing while we are there. It is only a short way from where we are.

Yesterday afternoon, I drove into Lincoln City for fuel. One station had diesel for $2.099 per gallon, which was 24 cents less than anybody else. I still put in $140.00 worth since I hadn’t bought fuel since Nevada.

My next chore was to go to Sears to see about a new microwave Convection over combination for over our stove. The old on blew up last fall, and was supposedly repaired, but when Cindy tried to use the convection oven, it sparked and blew smoke. The microwave part still worked. We decided rather than wait and try to get it repaired again it was time to get a new one. I had found one like our old one on sale at Sears and was going to have them order it and hope it got here before we left the area. They happened to have a new Kenmore that someone had ordered and then changed their mind and wanted stainless. It was supposed to be about $300.00 more, but was almost the same price as the new Frigidaire and was supposed to be a lot better. So I went ahead and bought it and put it in yesterday afternoon. The new one is a little taller than the old one, so it took me about 2 hours to get it installed. I must be slowing down because I used to be able to install them a lot quicker, but I got it done and everything seems to work. 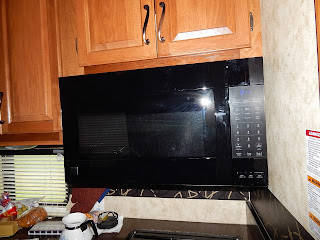 Today we are going to Newport to do a little shopping and find a Walmart or McDonalds to use the internet.

Thanks for visiting.
Posted by Ray and Cindy Warner at 12:04 PM