It was a really warm day and is supposed to be Hot tomorrow.

We left Cheyenne early this morning. Cindy was able to get a picture of a large cowboy boot at one of the malls in Cheyenne. Only in Wyoming. 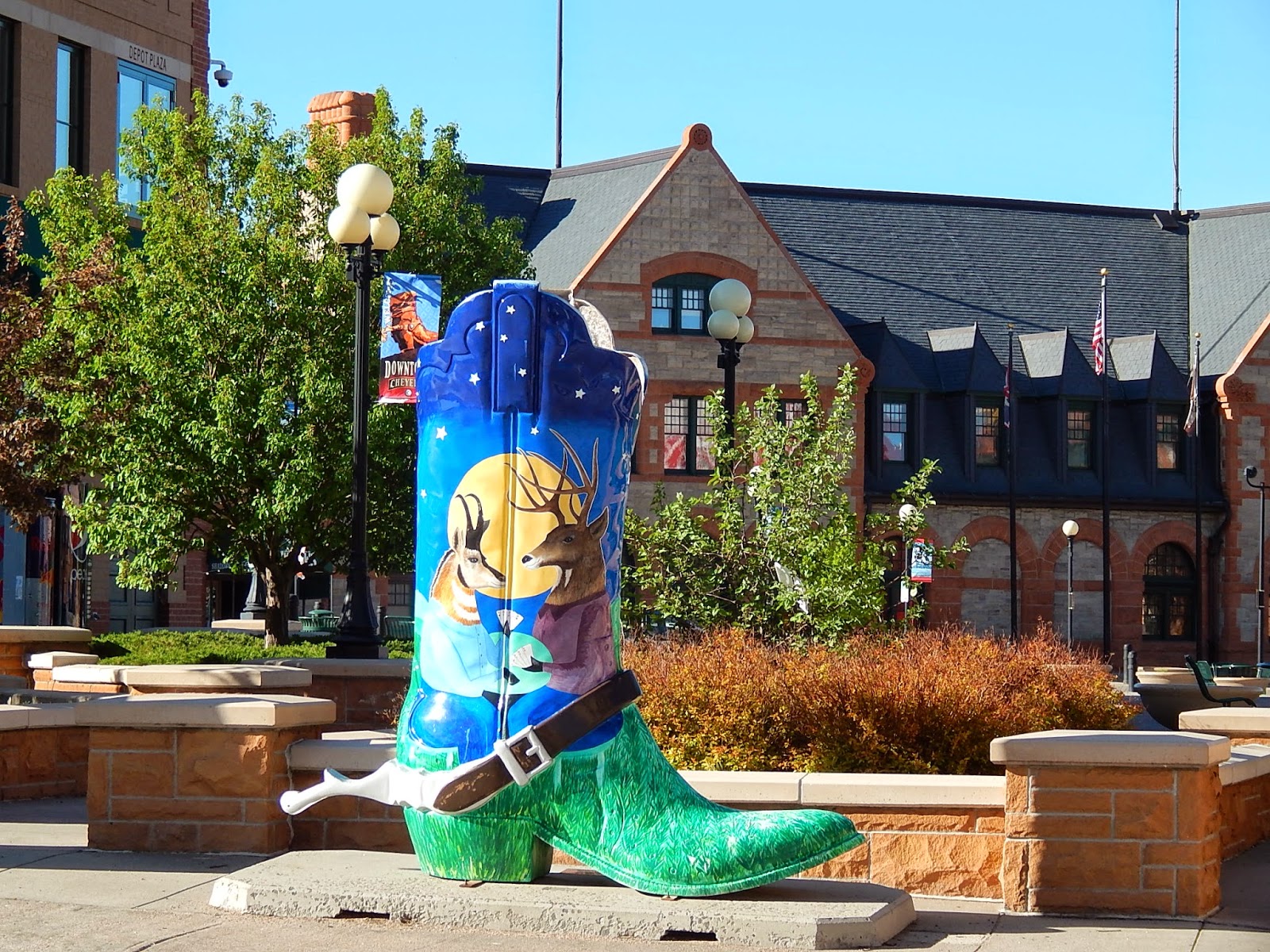 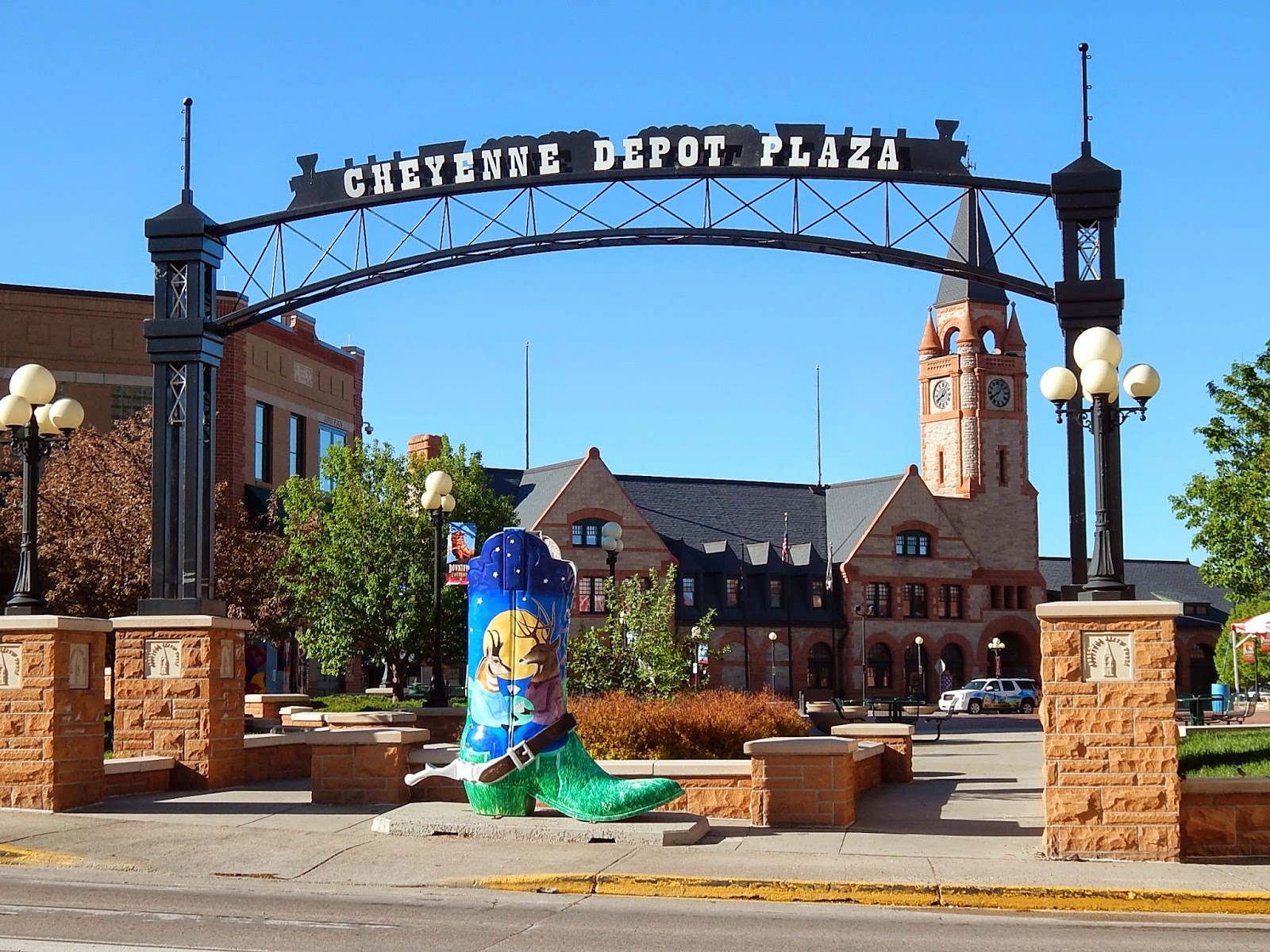 We had a nice drive to Scottsbluff, Nebraska, where we went and visited some quilt stores. One of them was full of really nice quilts, and Cindy found a pattern she wanted, possibly for her Santa quilt. One of the quilt stores is a Phaff dealer, and he gave Cindy so tips about using her embroidery machine, hopefully to solve some problems she has been having.

We also saw this old theater in downtown Scottsbluff. We thought it was kind of neat, even though it now houses other type businesses. 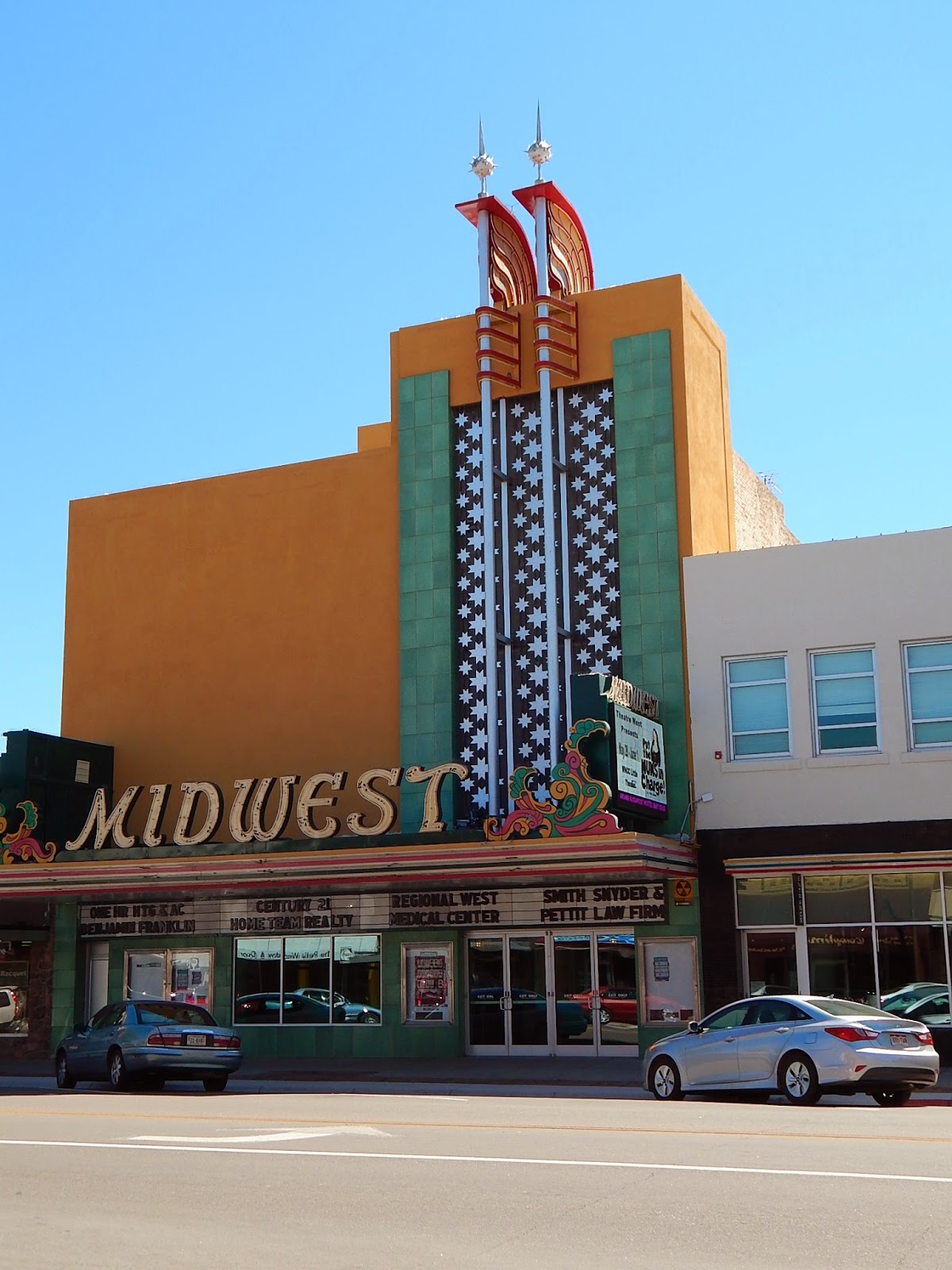 After the quilt stores, we drove to Alliance, Nebraska to see Carhenge. It was built by a Nebraska farmer after the design of Stonehenge in Great Britain, only he used old cars to form his two circles, instead of stone. According to Roadside America it is one of Nebraska’s top tourist attractions. I read that when he built it the people of Alliance wanted him to remove and dissemble it, but after seeing how many visitors it brought to their town, they changed their minds. When we were there a lot of visitors were looking at it and the metal salmon and T-Rex sculptures. 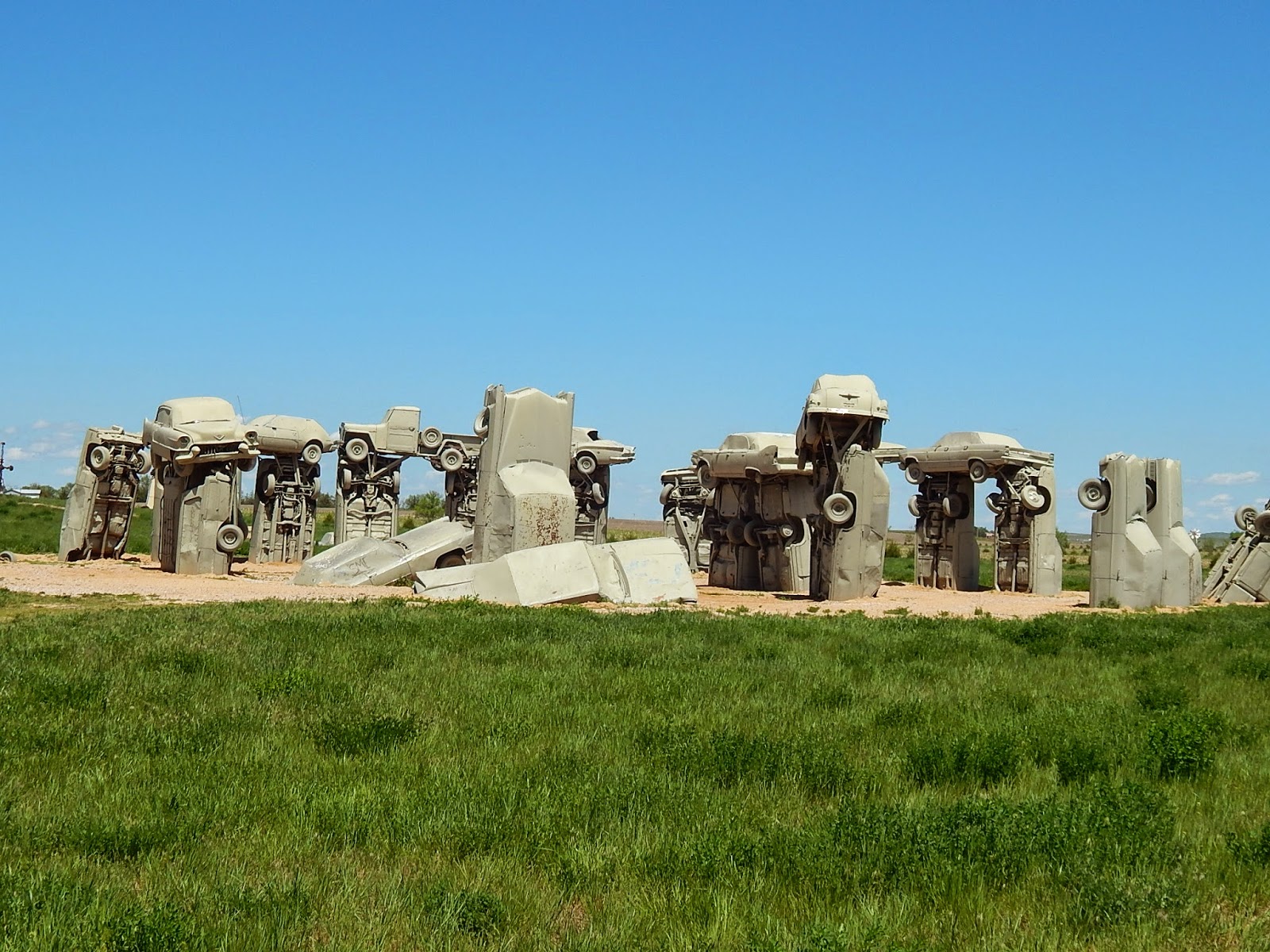 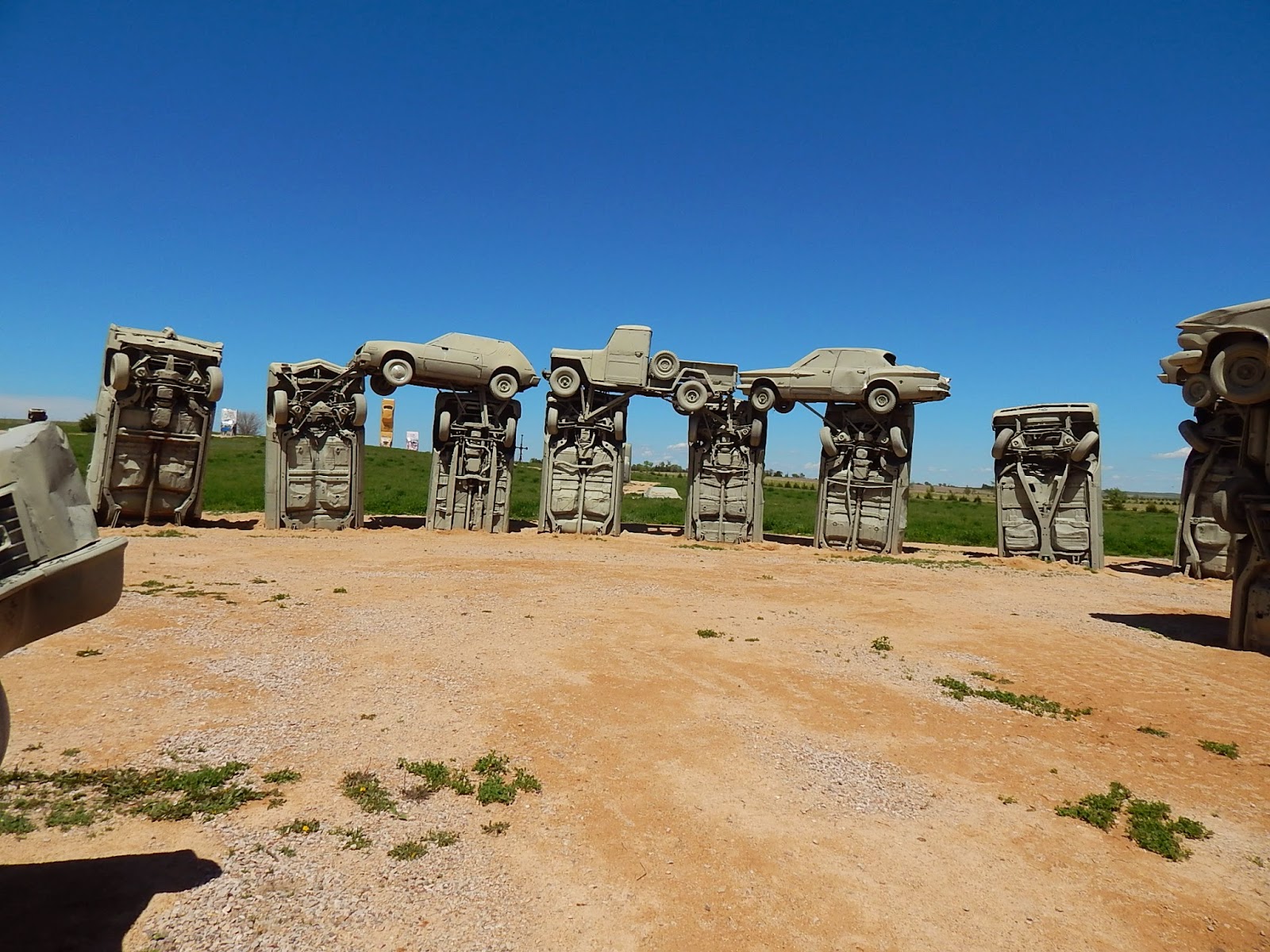 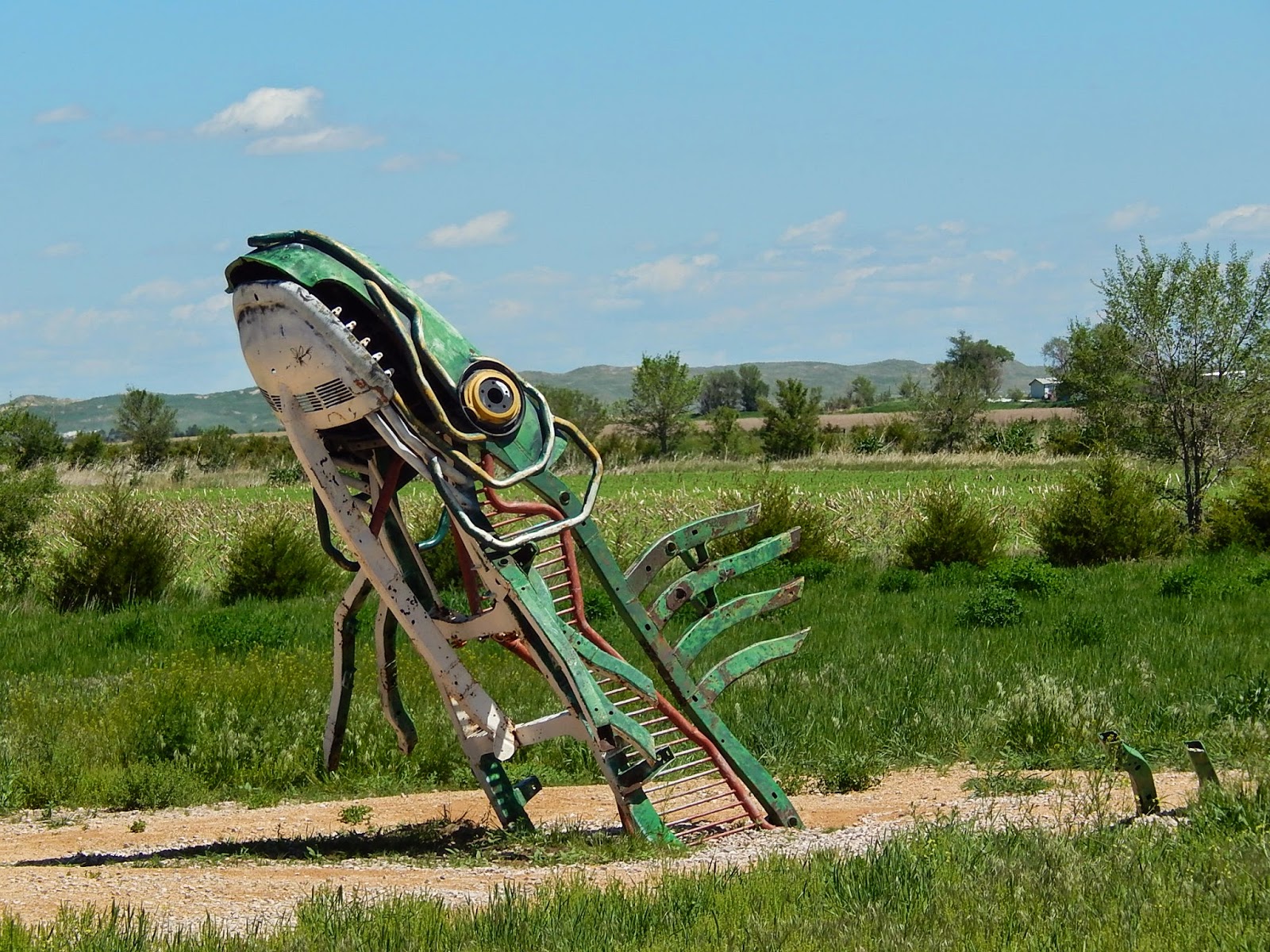 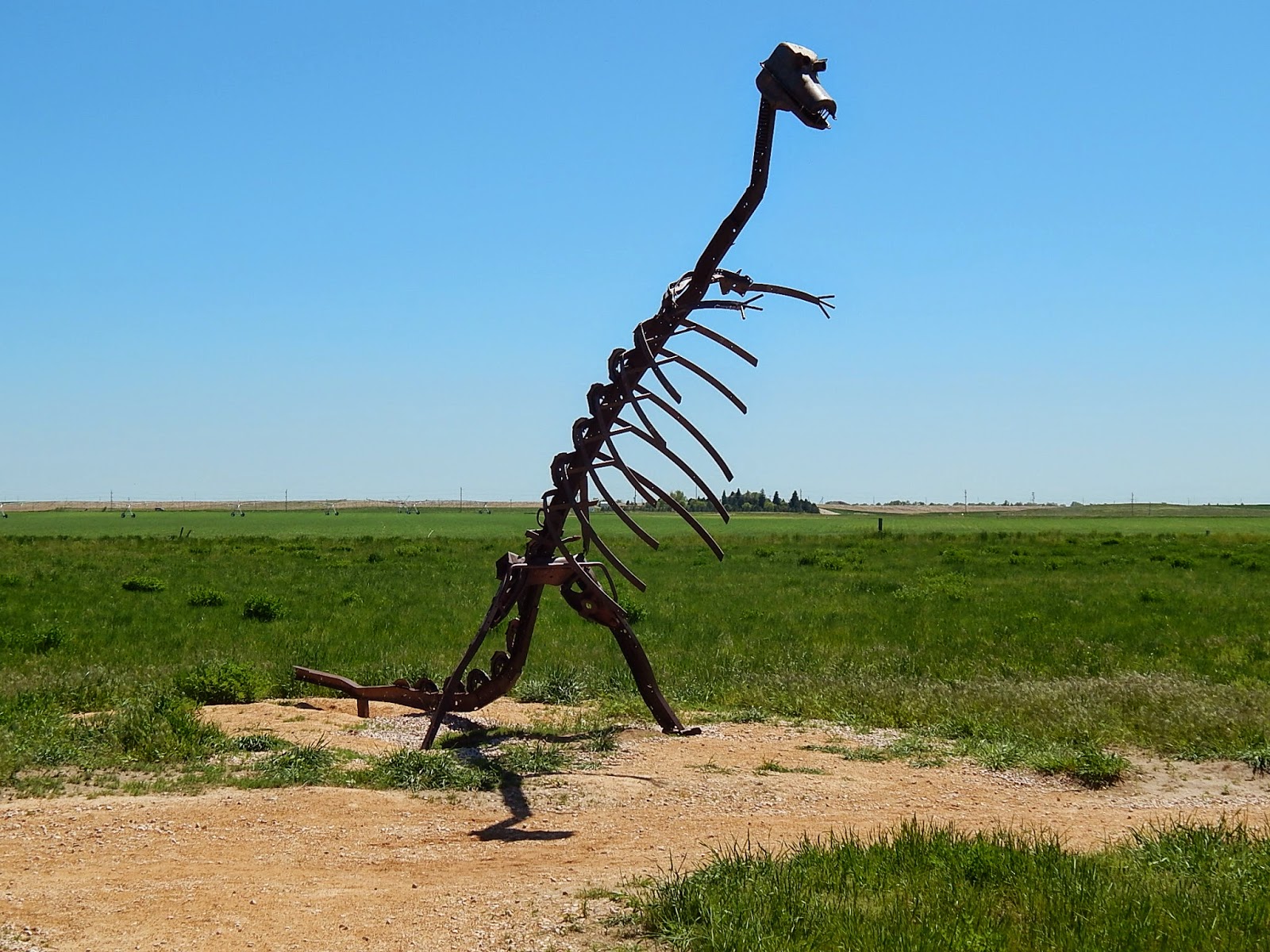 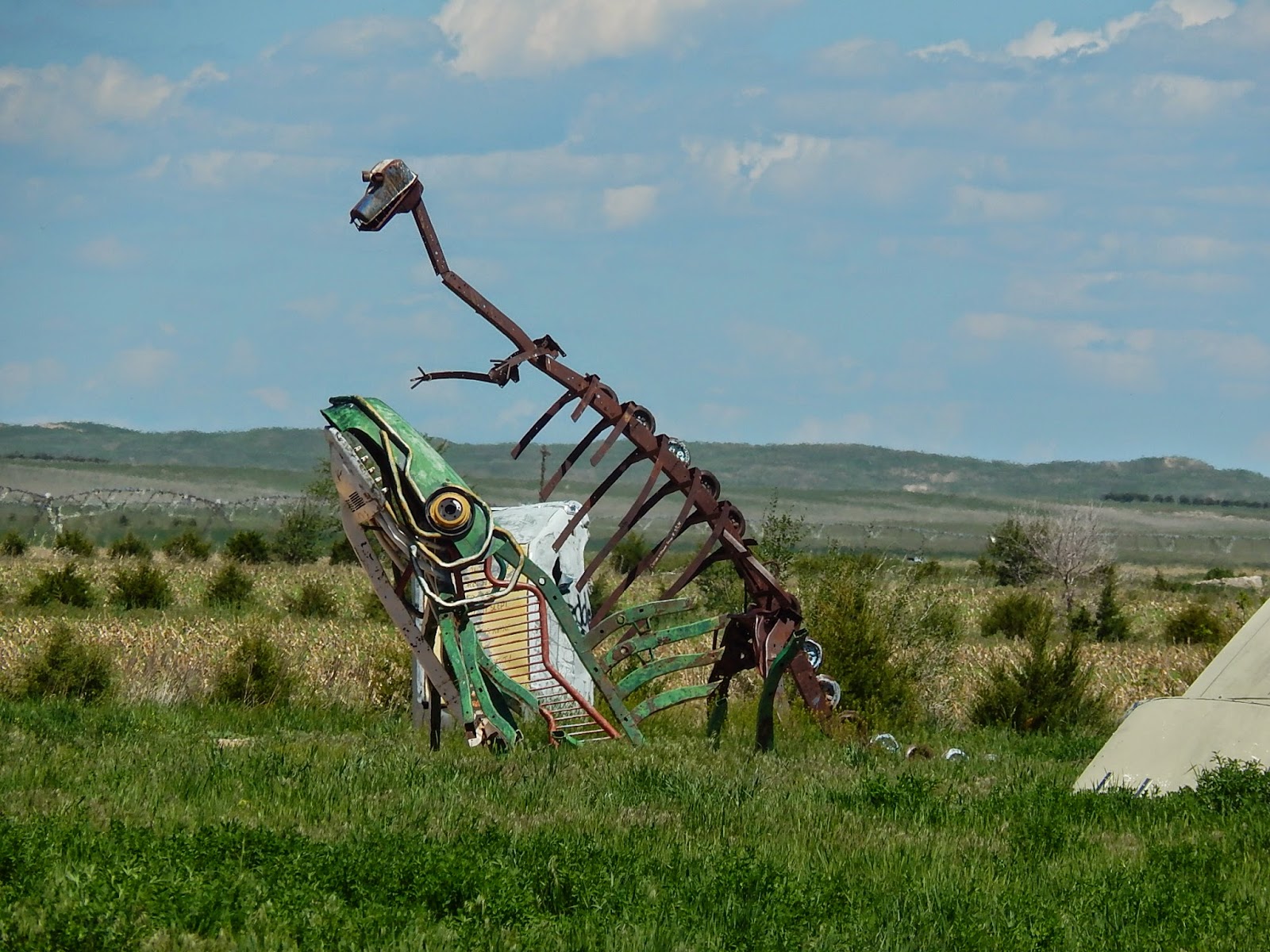 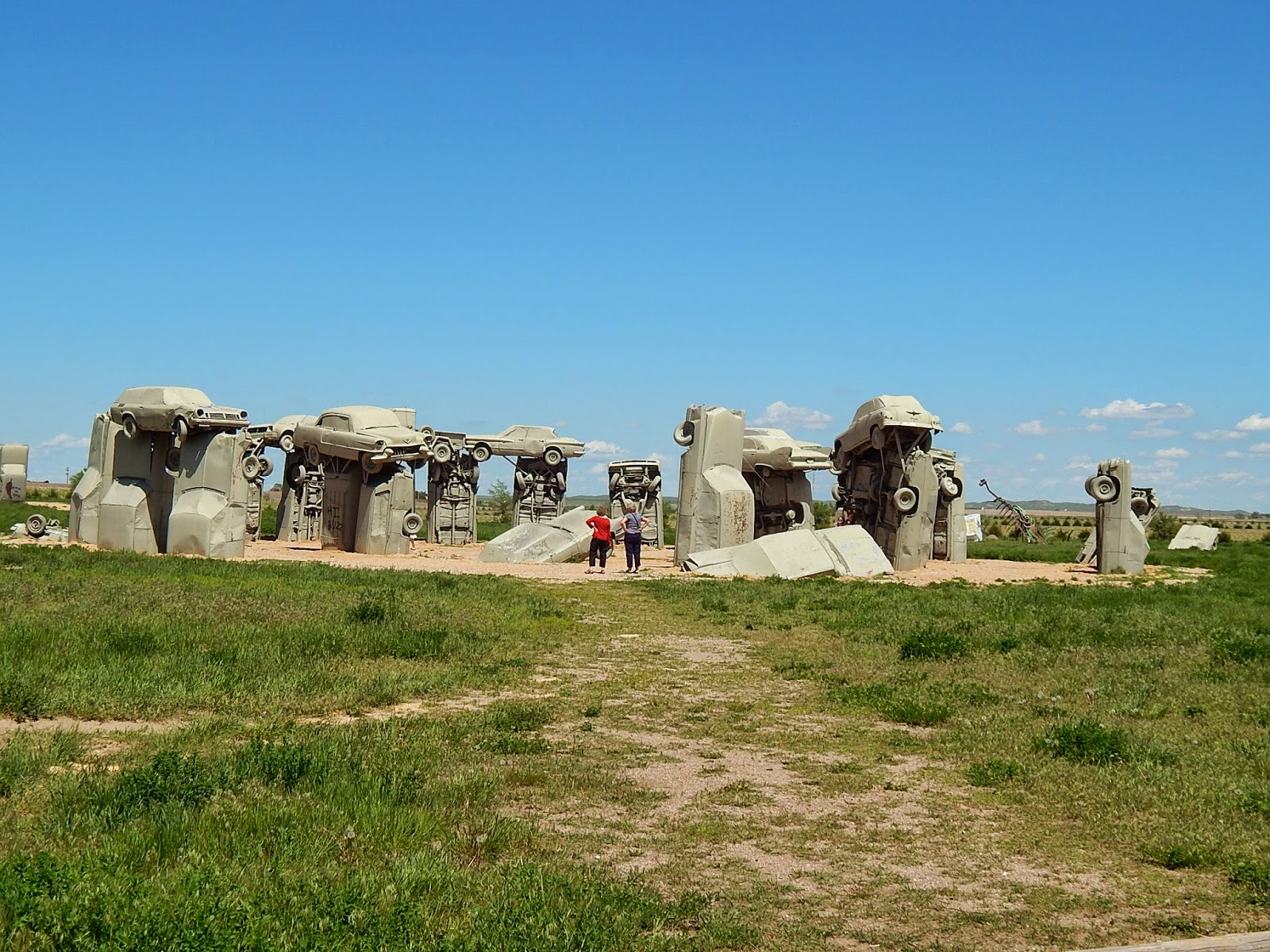 It is kind of a silly tourist attraction, but worth a stop if you are ever in the area.

We are boondocking at the K-Mart in Alliance, and it is so hot we have to run our generator. Tomorrow we will continue on to Rapid City, and will be there for a week. I hope it’s a little cooler, but at least we will have hook-ups.

Thanks for visiting.
Posted by Ray and Cindy Warner at 4:06 PM