We decided to stay in a Camperworld RV Park. We don't know if they are going to be around, so we thought we might as well use it while we can. When we got here we were the second in the park, and there are now 7. Even though it is open, there is still a lot to do before the start of the season. 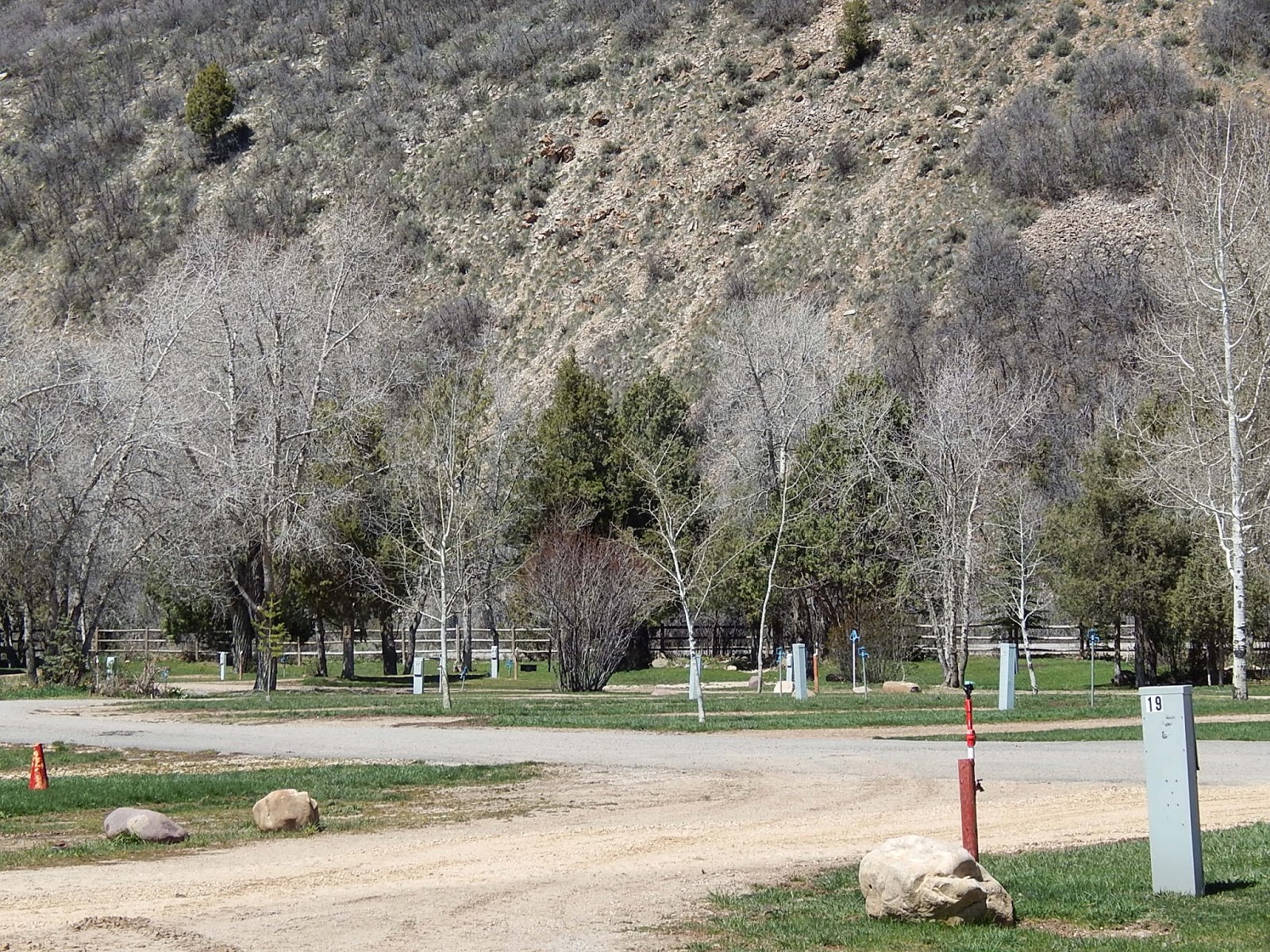 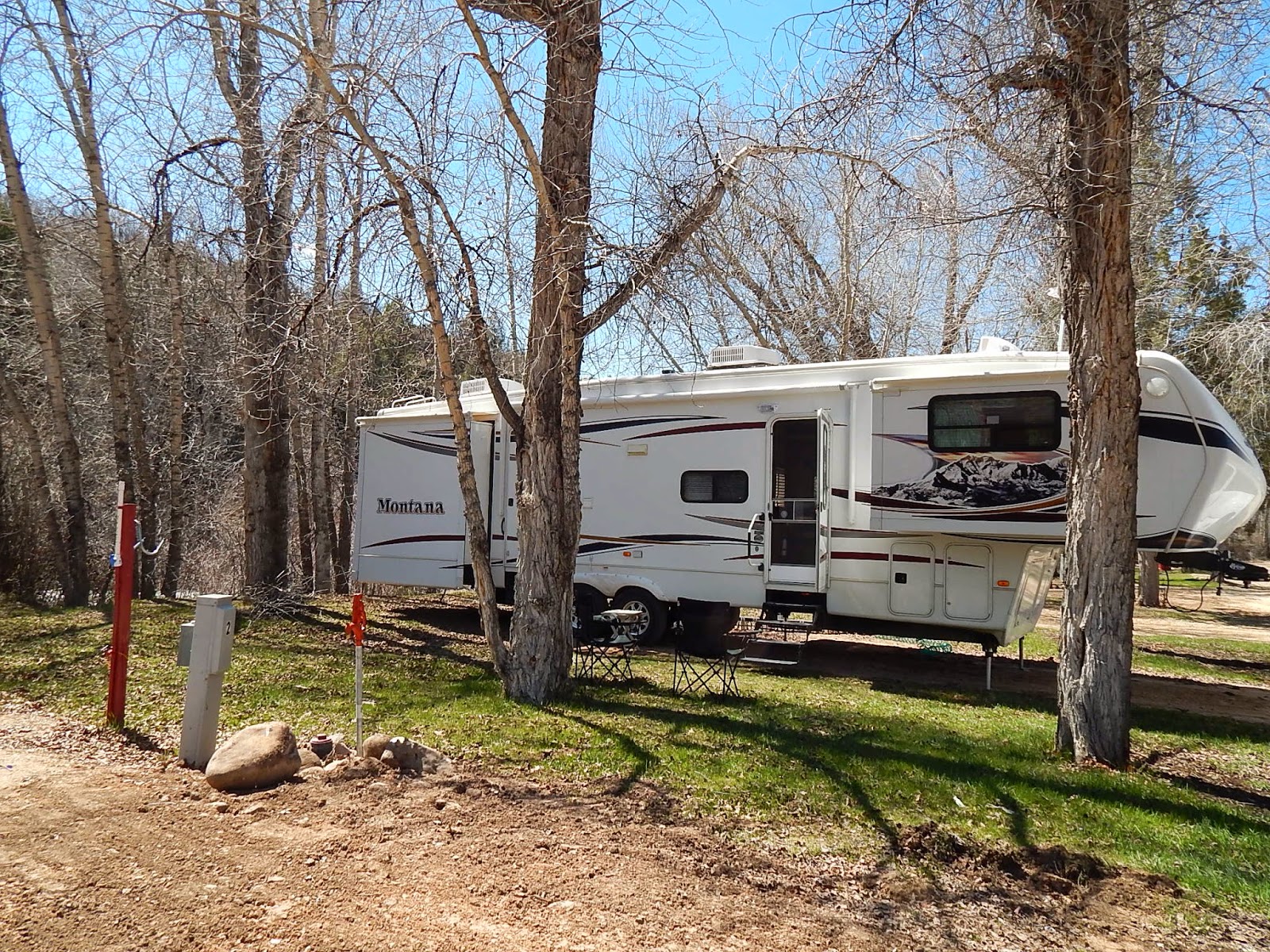 We did get to park in our favorite site in the park, backed up next to the Provo River. The water is a little high, but has been higher.

Cindy reminded me of a time she stayed here several years ago while she was auditing South Summit School District buses. It was about the middle of April and she stayed here 2 weeks following school buses during the day. The reason we came here was that there are no motels close enough for her to get to the District Office in time to follow the buses. It was nice at first,and so I put out the awning for her. I had gone home to work and she had the state car. One night it snowed, and the awning sagged enough that she couldn't open the door to get out. She says she had to open it a little way and hit the awning with a broom to knock the snow off before she could go to work. In spite of the snow she says she made it to the bus garage in time.

The time she was here the river got so high, that she was worried about flooding the camp space. Another day she couldn't get the door on the trailer open, and the trailer we had at that time had a laundry chute into the storage bay. There was a little boy living here, and she had him climb through the laundry chute and open the door for her. 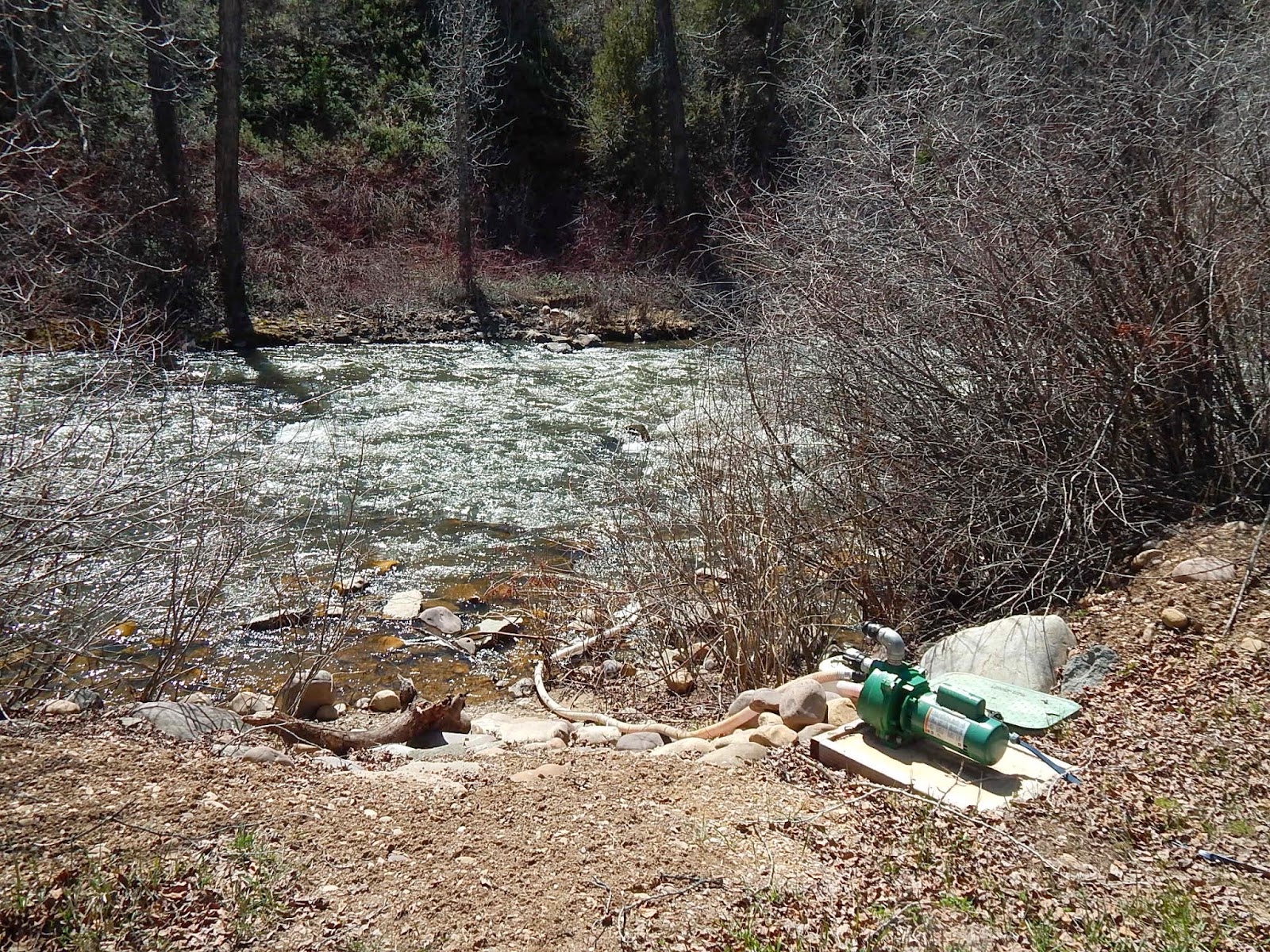 During this time the road flooded, and the picture we have of the river shows how high the water got. It was almost to the pump. She says there was also a tree down into the road. Lots of memories. The picture is of the site she was in.

This morning we had banana pancakes topped wit macadamia nuts. 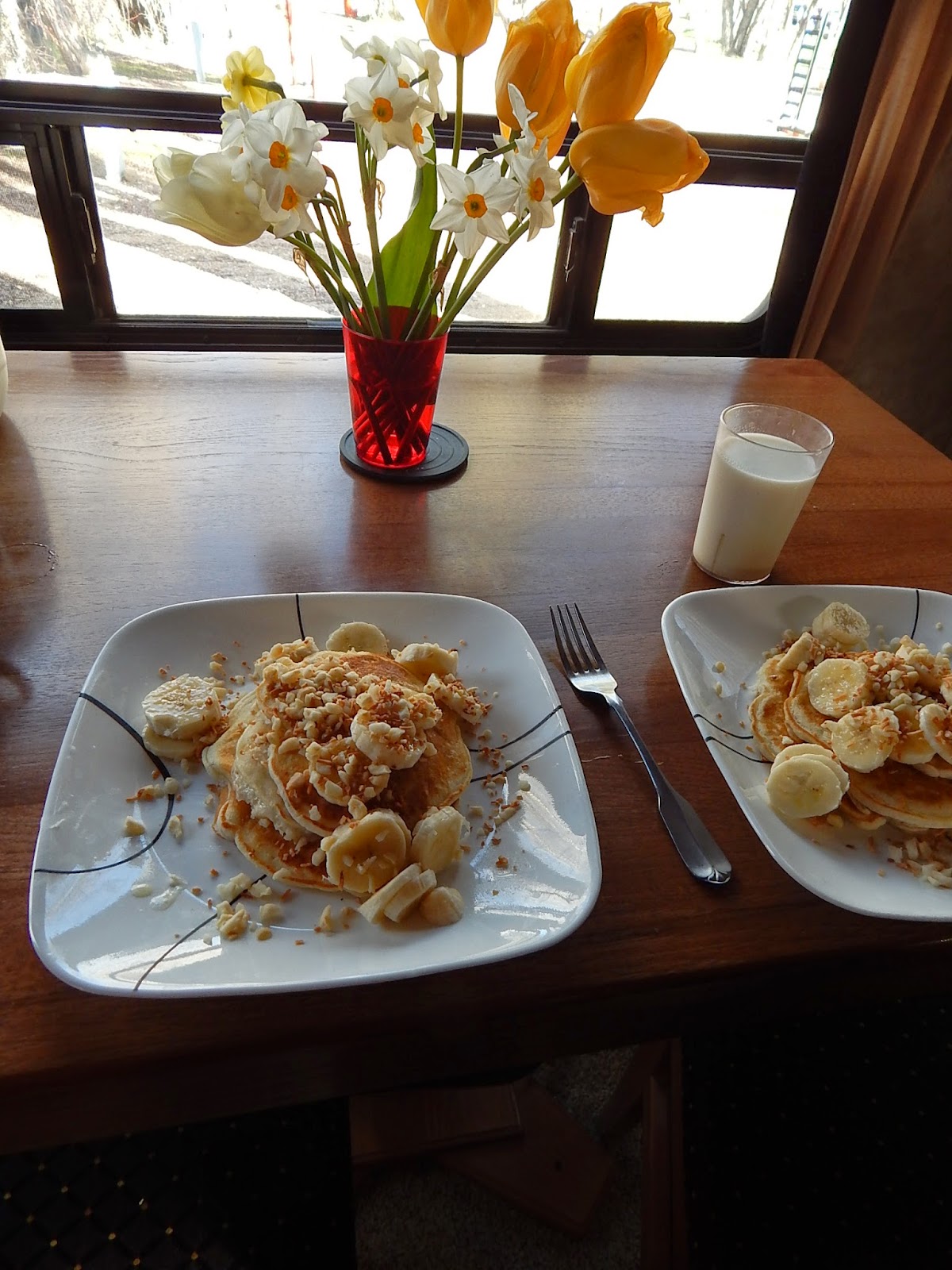 We are enjoying the quiet and solitude.

We thought we were supposed to stay here two weeks, but the camp manager is saying we are only guaranteed 7 nights, and then have to go to one of their other parks. It seems the office has some hang up about the cost per site, and that is the reason we would have to leave, and go to another of their parks, but I don't see the logic in this, as we would only be moving from one park to another. If the park was full, as at Memorial Day weekend, it might make sense, but definitely not when the park is not even close to full. Right now half the park is closed, with no water or electric. I guess they know better than I. 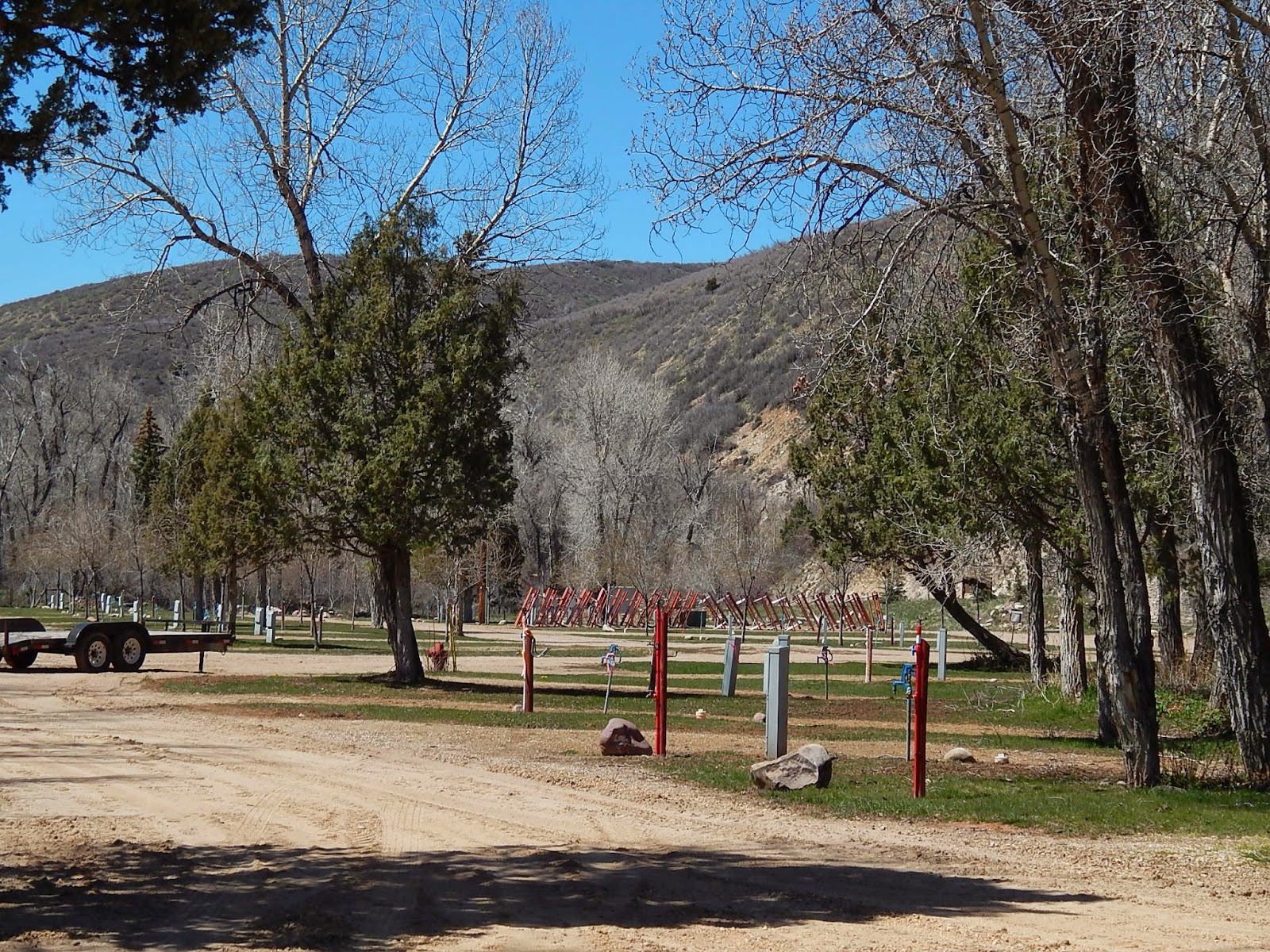 Thanks for visiting.
Posted by Ray and Cindy Warner at 2:15 PM