Today we went into downtown Rapid City. On some of the street corners there are statues of US presidents. We took some pictures of some of them. From the plaques by them, we found out that Rapid City is called The City of Presidents. I remember pictures of Truman, Kennedy, and Eisenhower. The Bronze Statues look quite life like. We were only able to visit a few of them. I found out from the internet that the project was started in 2000, and is all by donation. It said no public funds went toward the statues and that placement was all random, no party affiliations were considered in their spots. They are to honor the legacy of the American presidency. 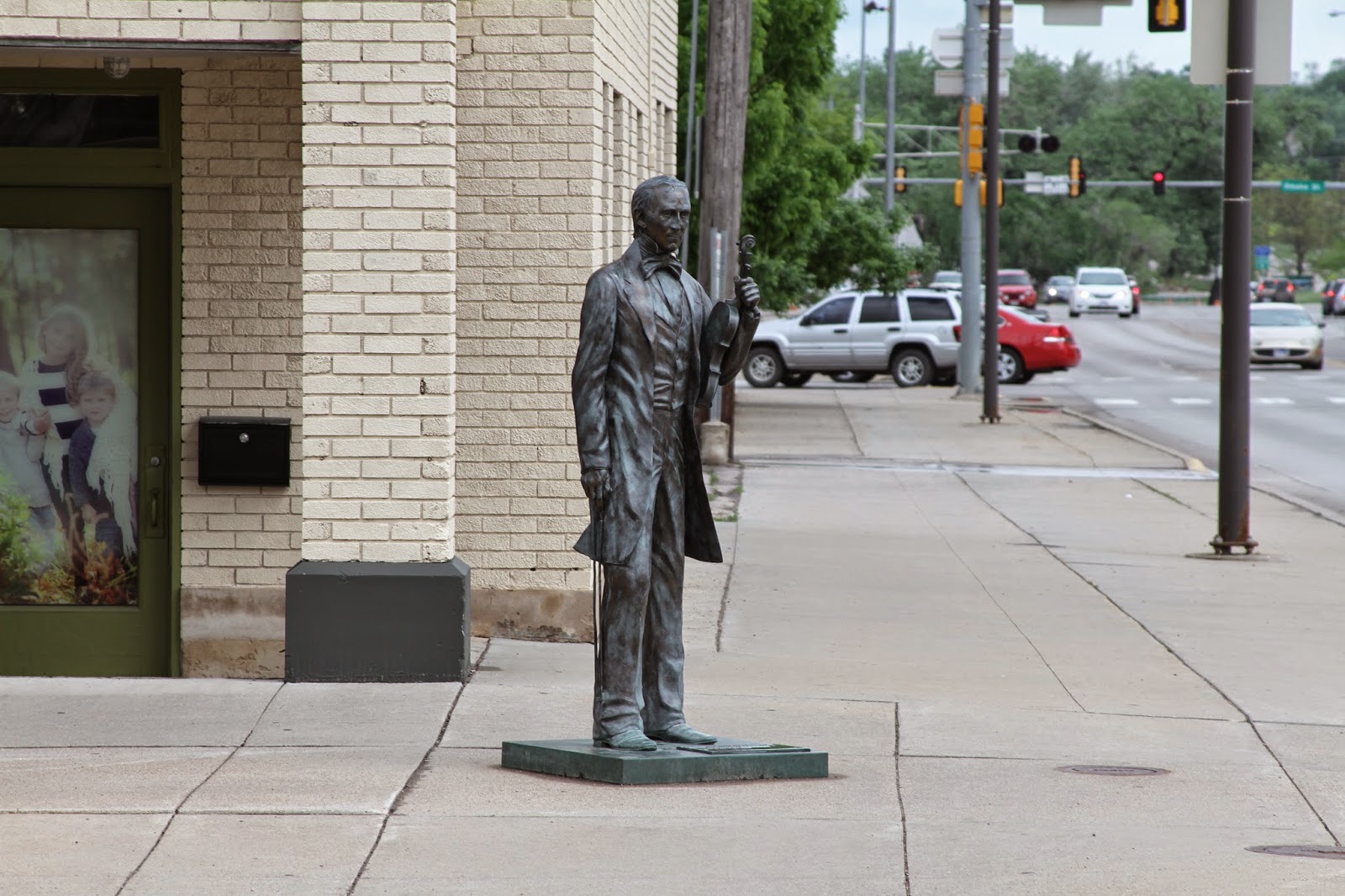 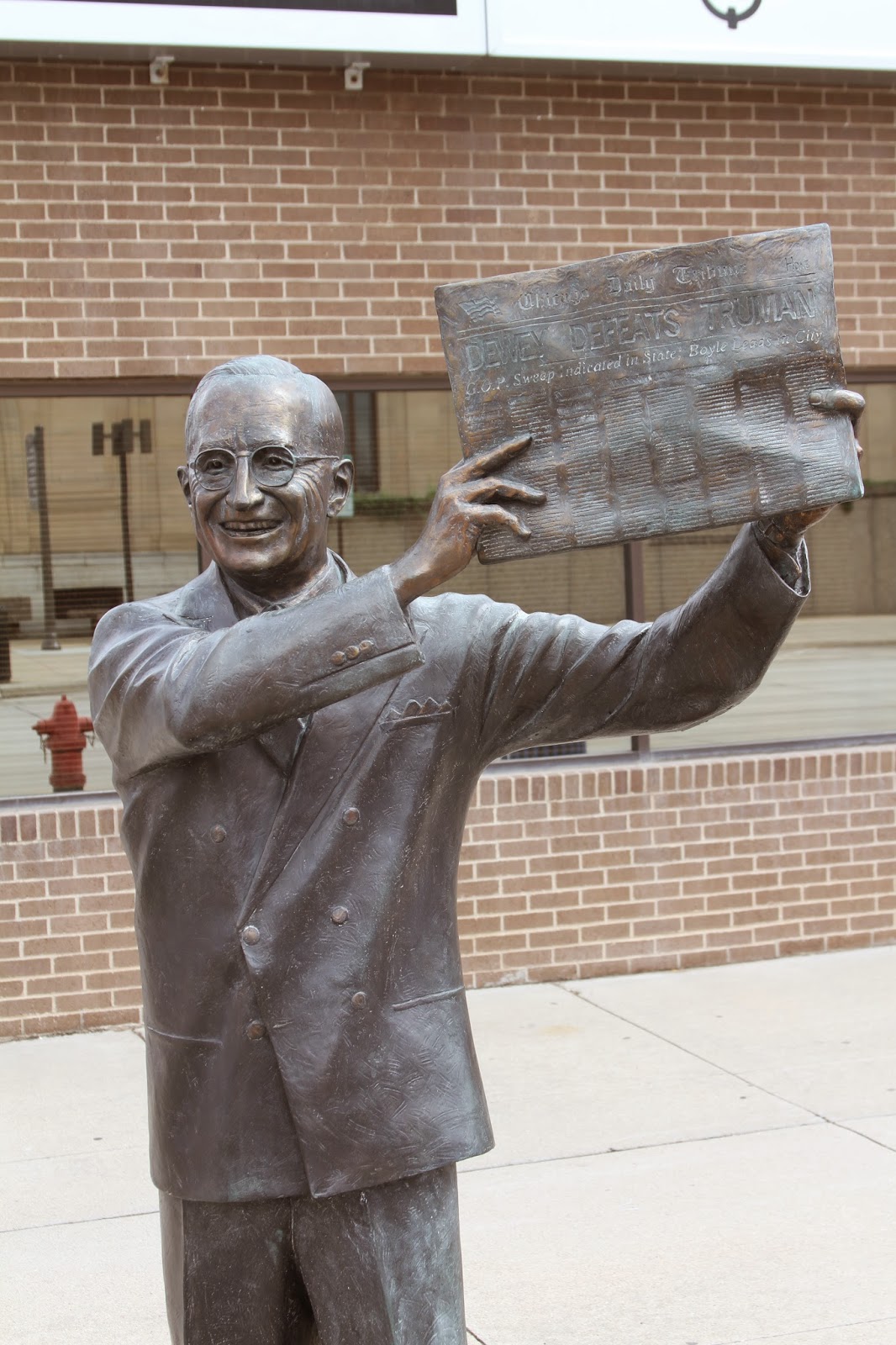 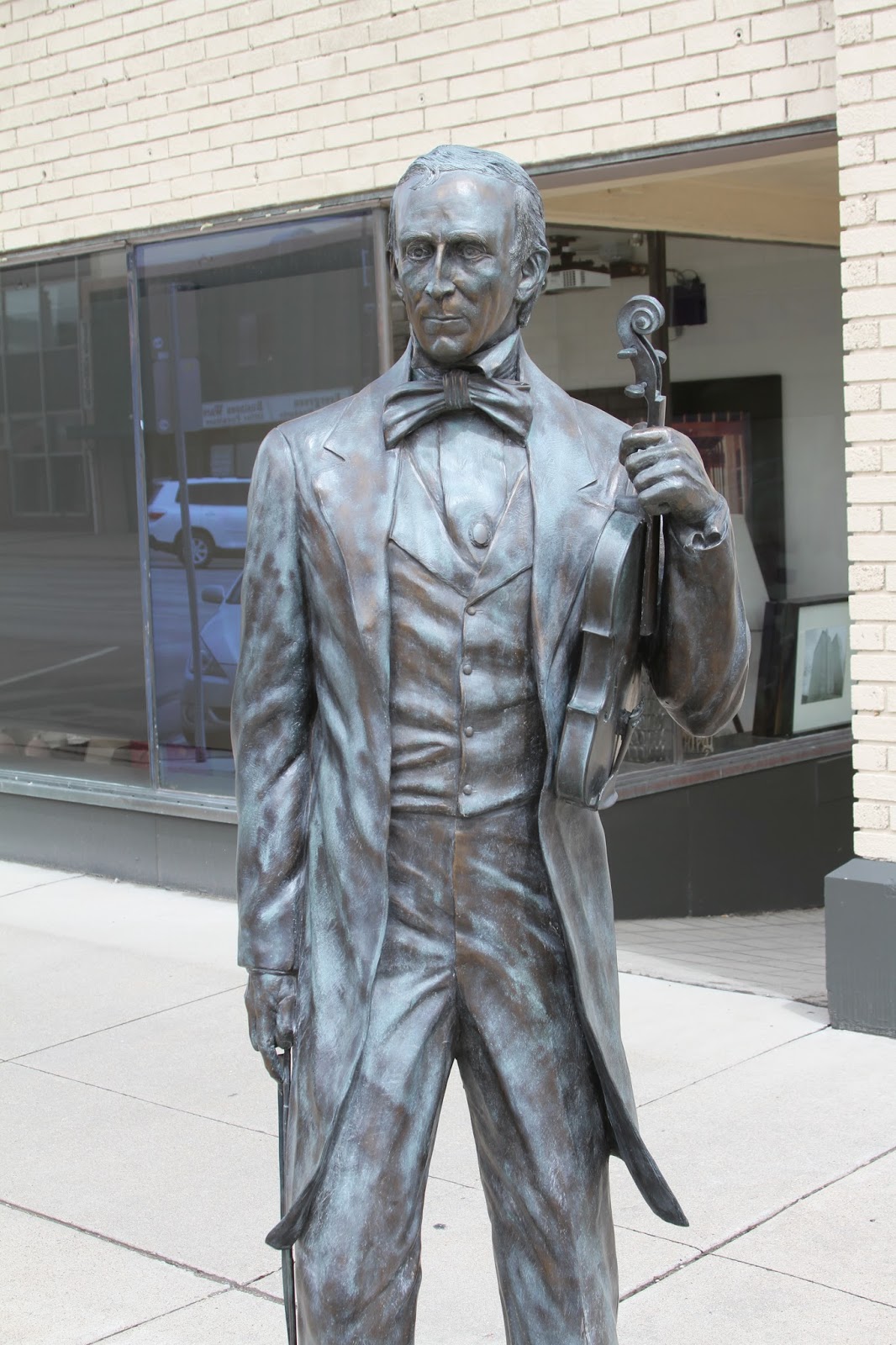 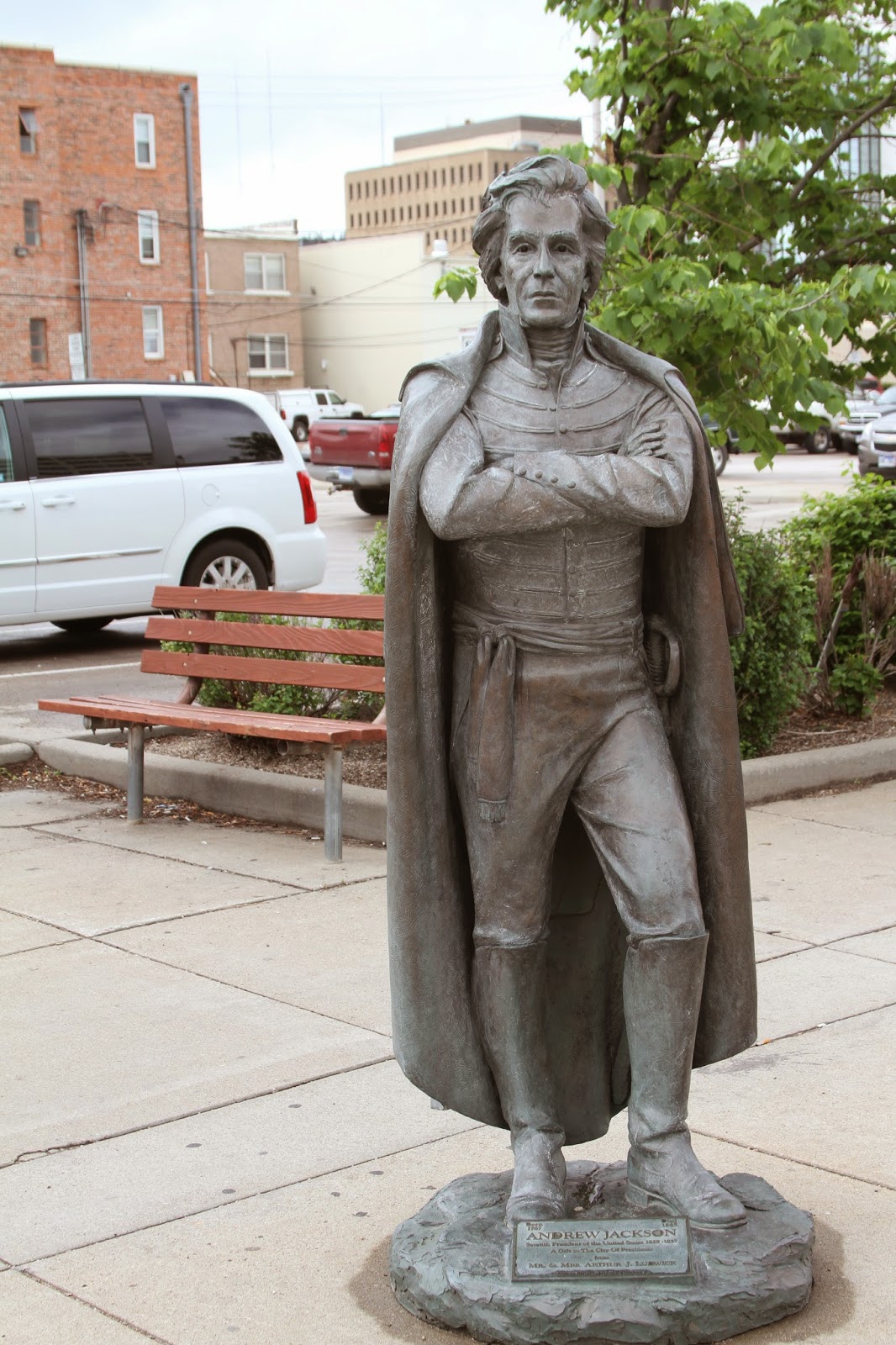 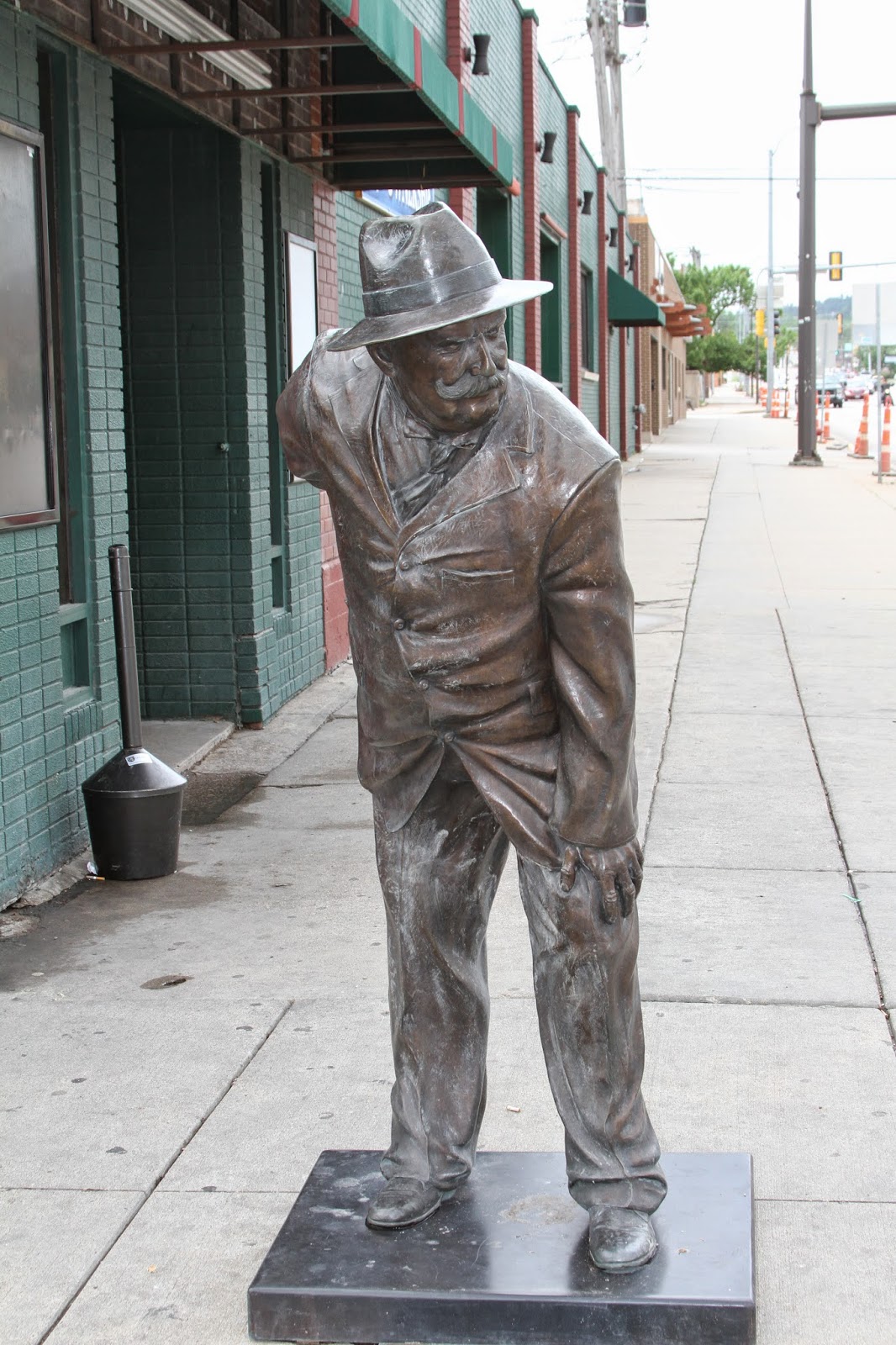 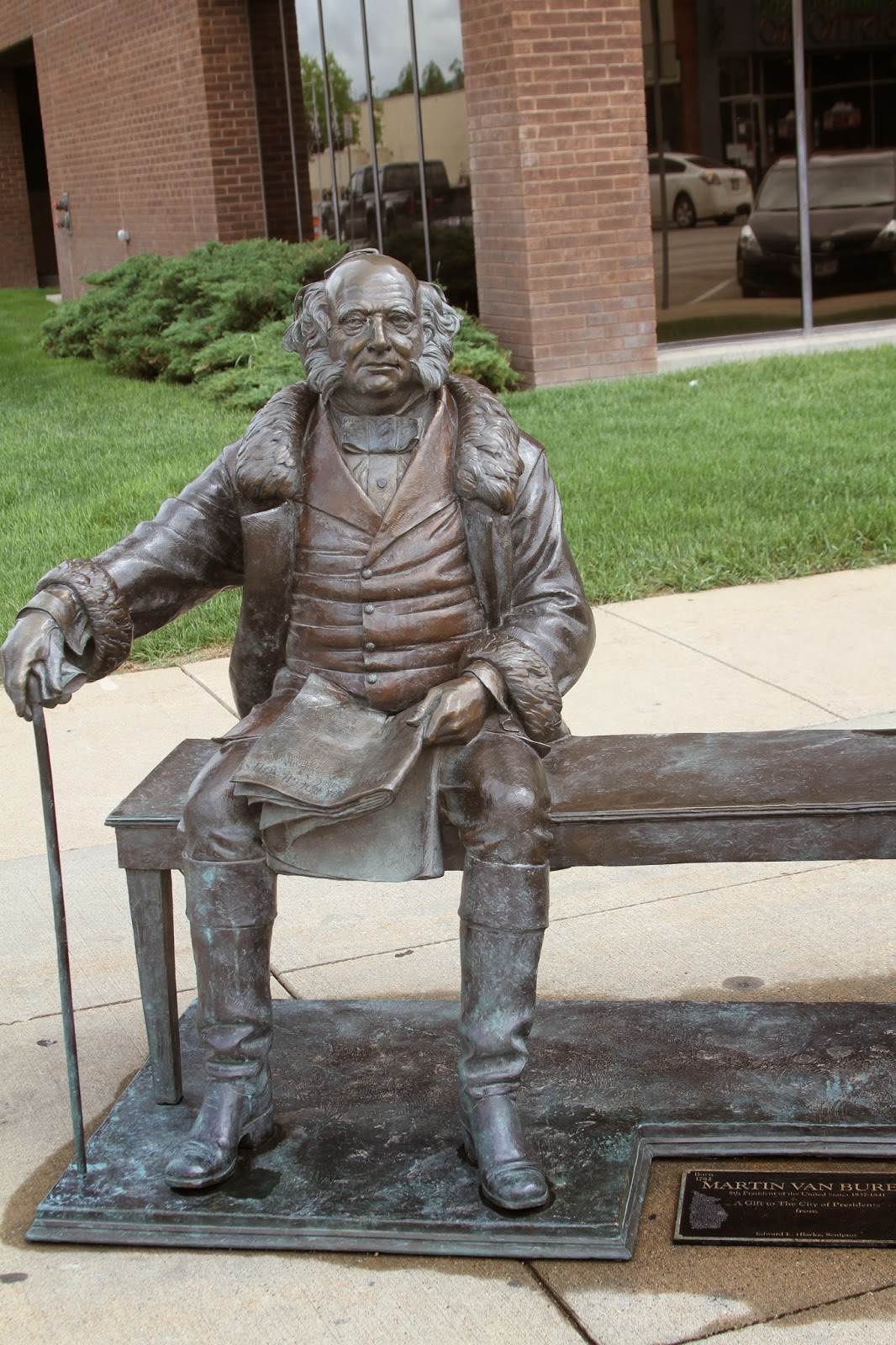 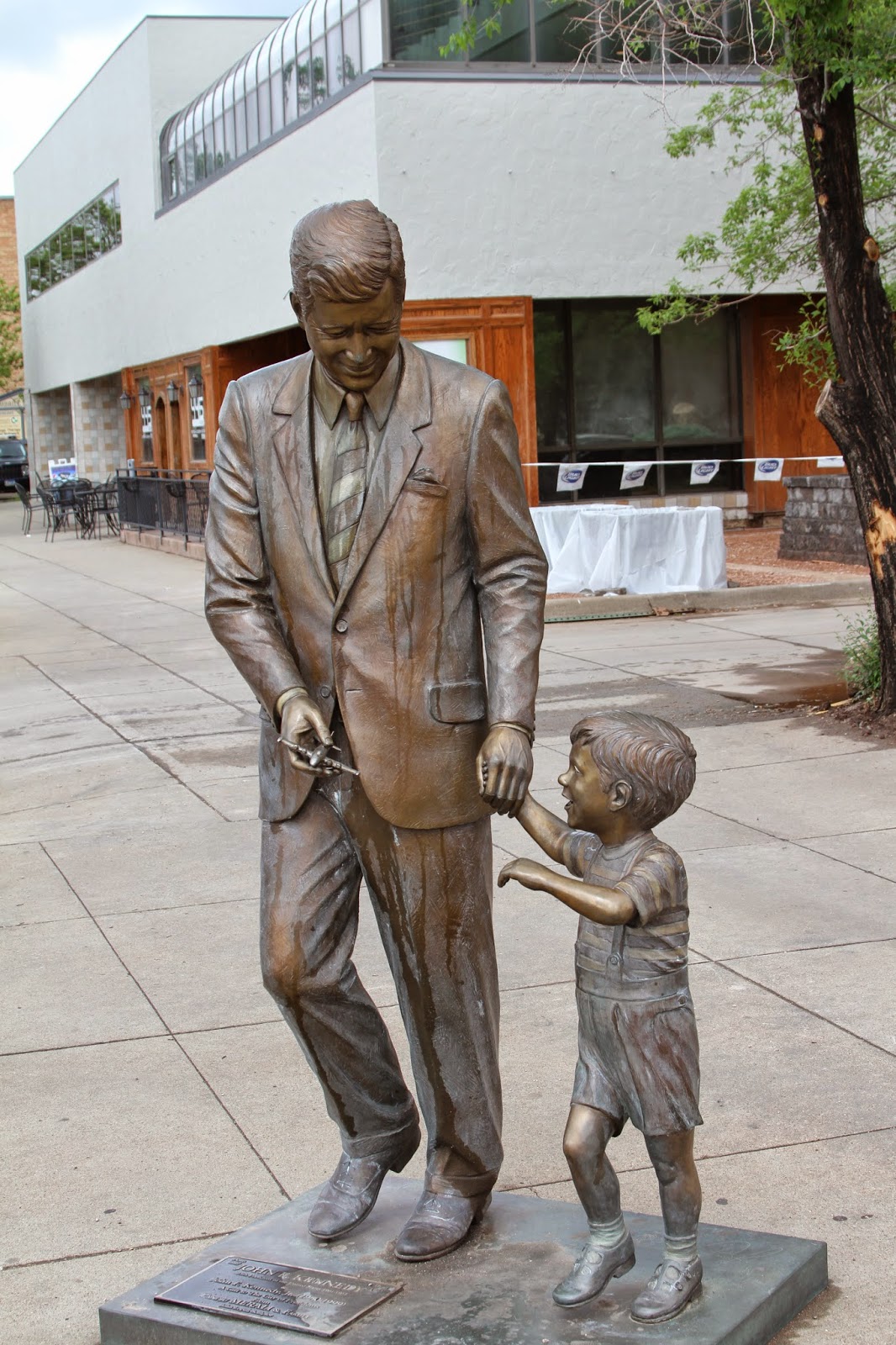 On the way to Rapid City there is a new building going up that we thought look like Independence Hall in Philadelphia. Sure enough, on our way back to the RV Park, there is a new sign up that says: Independence Hall. And it is advertising life size statues of the founding fathers. I guess they needed one more tourist attraction in this area. The building looks finished and the parking lot is paved. It should be opening soon.

When we went back to the RV Park I washed some of the bugs and grim off the truck and trailer. It is not a perfect job, but sure looks nicer.

Right now, at 1:30, the sun is shining. It is starting to warm up. It’s a good thing we have hook ups. Cindy is busy sewing together one of her quilt tops. This morning when we left, it was very foggy.

Thanks for visiting.
Posted by Ray and Cindy Warner at 1:32 PM