My Thoughts on The Balloon Fiesta

This morning we drove to the Hidden Valley RV Park just outside of Tijeras. It is a Coast to Coast Park. The Park is kind of plain, but we wanted to relax and do laundry, so it is OK, especially for $3.00 per night.

Yesterday afternoon the Boomers put on an auction for CARE. There were quite a few people there bidding and a lot of the time it wasn’t what you were bidding for as much as that the proceeds went to a good cause. Judy emailed everyone that they had taken in almost $2000, for CARE. 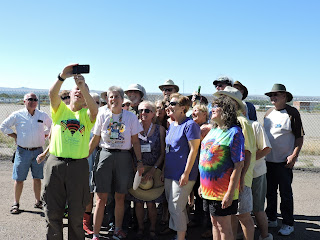 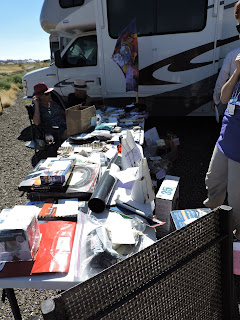 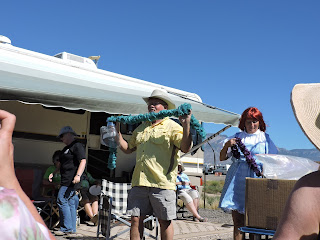 One of the couples from our chase crew told me about a musical Highway not far from where we are staying, so we went to see (hear) it. It is on a small stretch of old Highway 66 just west of where we are staying. It is one the east bound lane and you have to go 45 miles per hour to hear America The Beautiful. It was pretty neat. 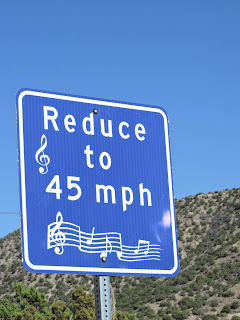 Now, for my 2 cents worth on the Balloon Fiesta. We came in a few days early with the Escapee Boomers. We were parked in what was the standard parking with no hook-ups. The direction we were facing didn’t allow us to get full sunlight so we had to run our generator for an hour or two each day or evening.

We got a lot better deal than the caravans, probably because we volunteered to be on a crew for one of the balloons. We got a crew pass, which let us into every event, and we were served breakfast about 4 times with the other crews and pilots. Some days we got to see balloons landing in the large field by where we were parked.

The Festival has figured out how to transport a lot of people from the RV Park to the Launch field. We probably took 15 minutes each way and didn’t have to worry about the $10.00 parking fee.

We did have to get up early each morning and it was a lot of work, but I can’t describe the thrill of going up in a balloon.  Also, it is amazing to see all the balloons in the sky.

Another writer talked about the Balloon Museum. If you get there early like we did, it is no problem parking at the museum. The entrance fee is $4.00 or $2.00 for seniors. And it is free from 9 to 1 on the first Friday of the month. When we got there, there was a docent talking about the Museum. He then took us over to a display about Japanese Balloon bombs. It seems the Japanese learned about the Jet Stream in 1942 and figured out how to have balloon carry incendiary bombs to the United States. He said that they sent about 10,000 of the bombs toward us. About 1000 made it and went off, but the US government kept it a secret for 50 years. He told us that only 2 are known to be left in existence, one at the Smithsonian and one at the Balloon Museum. The only known fatality was caused when a family stumbled upon an unexploded one, and when the mother and 4 sons moved tried to move it, it exploded, burning them to death. 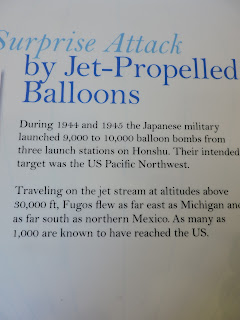 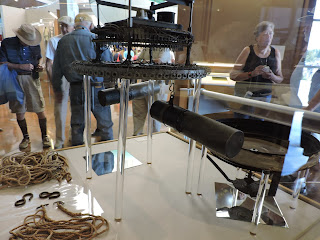 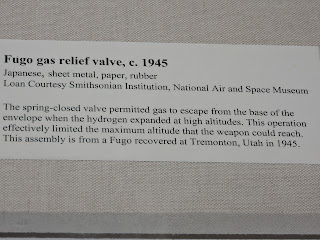 We thought the rest of the museum was also interesting.

Would we do it again? Yes, if our circumstances were so that we could!

Thanks for visiting.
Posted by Ray and Cindy Warner at 4:58 PM