We went over again today to help with our balloon. We were scheduled to be first lift-off, so our balloon got up pretty quickly. 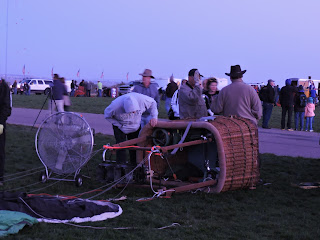 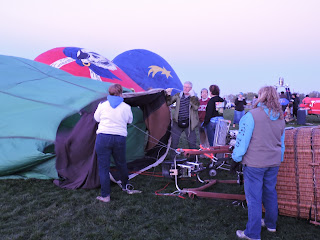 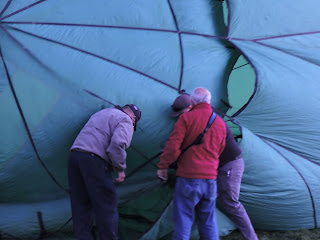 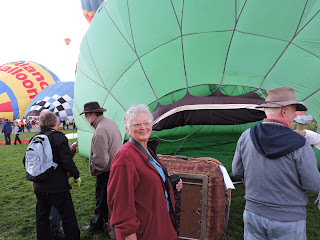 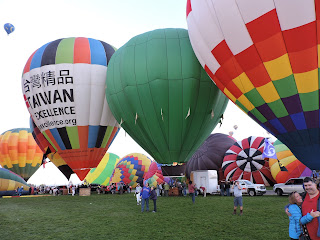 There were a lot of balloons that we had not seen before. Included among them were three balloons from Britain called Puddles and Splash and Pirate Ship which is one of the largest balloons in the world. The two penguin special shape balloons and Pirate Ship disappeared more than a week ago. As the Fiesta progressed, the pilots search frantically for them. The shipping company said they were delivered to the Balloon Fiesta Park on September 24th, but no one could find them. 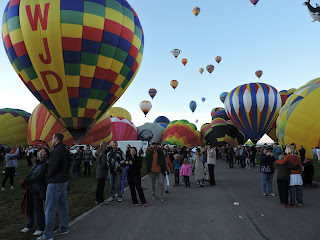 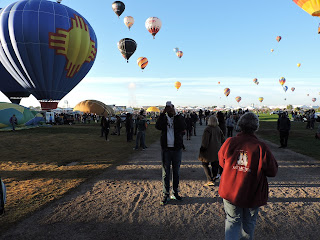 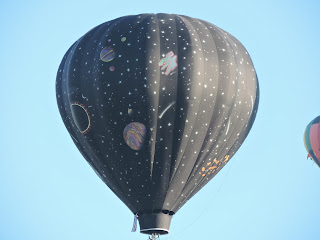 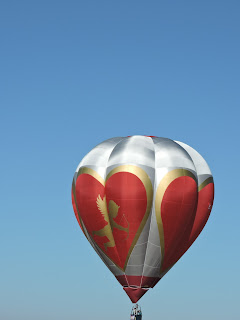 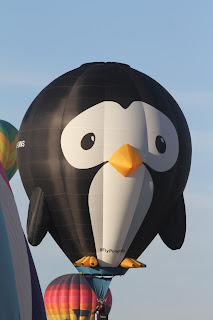 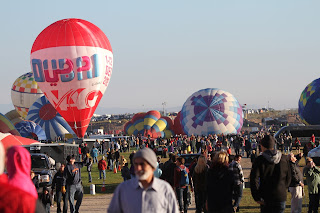 The Pirate Ship looked like a forklift had punctured the travel bag. After temporary repairs the three balloons were able to inflate for the Special Shapes Rodeo.

Today Puddles and Splash flew, while Pirate Ship inflated and was then let down.

There were a lot more people on the field than ever. We are not sure what to expect tomorrow for the Grand Finale' of the Balloon Fiesta.

Thursday a child was lying down on the grass, when one of the chase truck passed over him. Fortunately he wasn't hurt, but because of this, all vehicles now have to have a walking escort to get off the field. It could have been tragic.

Thanks for visiting.
Posted by Ray and Cindy Warner at 2:58 PM