Today we drove to one of the elementary schools, where there were two balloons scheduled to inflate for the school kids. I thought they weren’t going to go up, but as it turned out, not only did they lift off, but flew for about a half hour longer than was expected.

We helped unpack the balloon and get it put together. It took us a little while to get everything ready. Once the balloon was ready and the hot air had been applied, the pilot let the kids come around the balloon and talked to them about flying in a balloon. Cindy and the two girl helpers passed out cards, which the children seemed to like to get. Their parents were also there. On the way there, we heard that there were 60 schools involved. 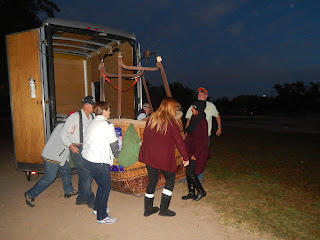 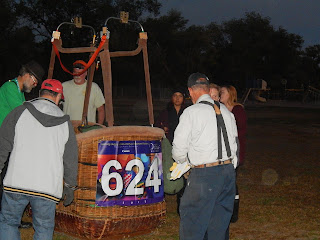 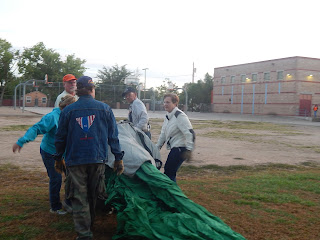 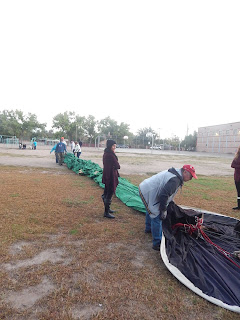 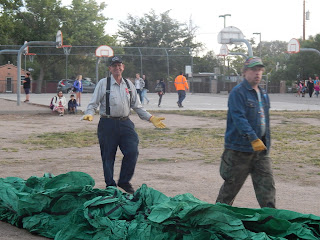 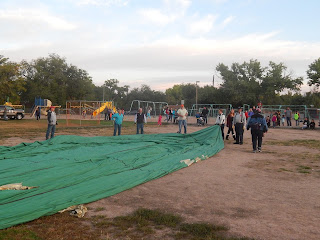 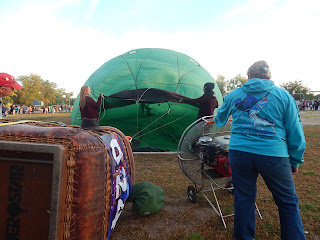 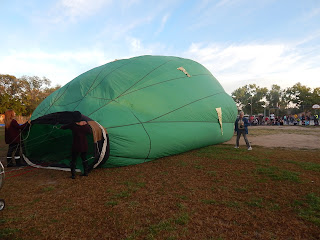 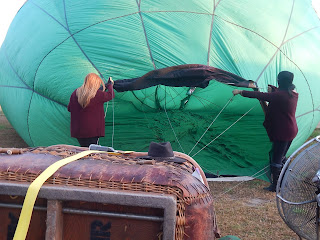 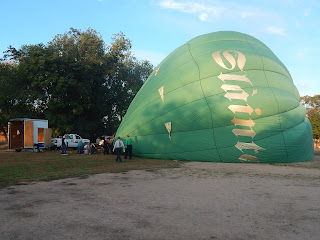 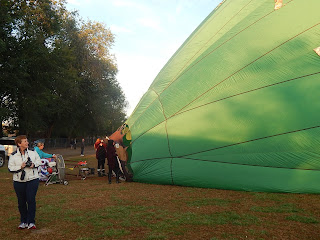 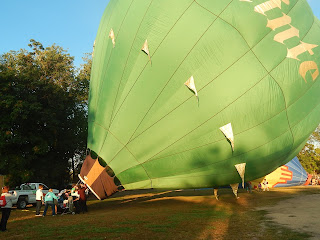 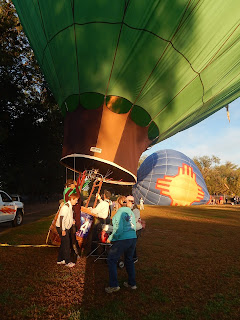 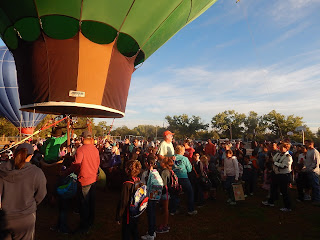 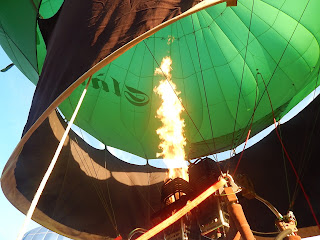 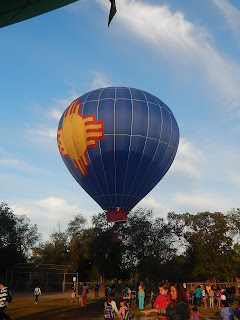 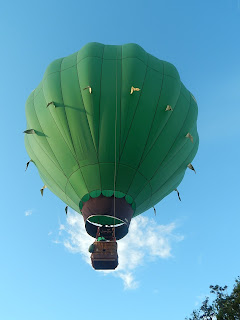 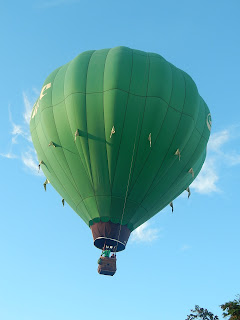 One of the crew got to go up and later she said it was amazing. They just seemed to float along, with an occasional burn. The pilot told us that each of the two burners was 14 million BTUs. British Thermal Unit (BTU) is a measurement of heat. To give something to compare to, an average home has a 100,000 BTU furnace heating it. 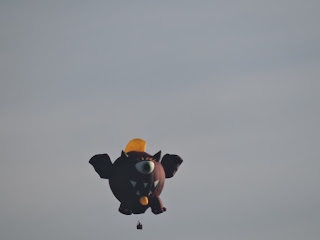 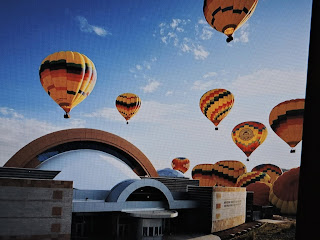 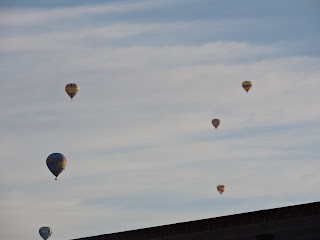 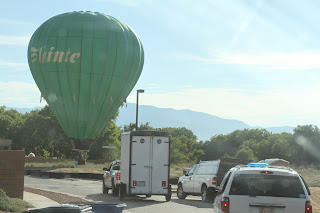 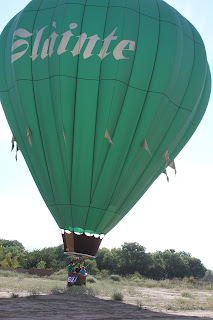 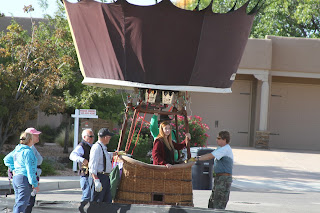 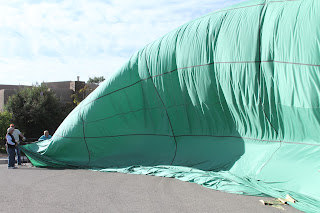 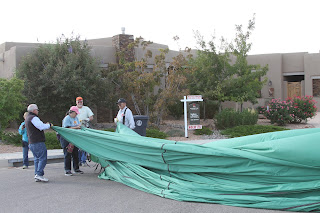 When we were chasing the balloon, a lot of the time we couldn’t see the balloon. The pilot had radio contact with the crew chief. We made a large circle around Albuquerque and went right past the school where we started. The pilot tried to land on the east side of the Rio Grand River, but was unable to find a suitable place to land. He finally found a spot in a new sub-division and landed in a field a little way from a cultisack.  We walked the balloon over to the road to make it easier to deflate and put it away.

He told us that the flame shot 14 feet into the envelope of the balloon. When we were deflating it, the air coming out of the balloon was still very hot and it took a while to get the hot air out.

We helped fold everything up and we all had to sit on the bag, which held the balloon to get all the air out of it. We then loaded everything into the trailer, ready for tomorrow’s flight.

After the ballooning, Cindy and I went over to the Balloon Museum, and learned a lot about the history of balloons, but this post with the pictures is already too long, so I will write about the museum at a later date.

Thanks for visiting.
Posted by Ray and Cindy Warner at 6:59 PM