Yesterday, after a fairly short drive, we arrived at the Pilot Knob RV Park. We will be here for 4 nights. We picked this Park for 2 reasons. First, because it is so close to Algodones, second, because it is a Coast to Coast Park and we get to stay free here.

Yesterday I went into Yuma to fill the truck with diesel. It was $2.339 per gallon. This is the least I remember paying.

Today we went to Algodones for teeth cleaning, and our meds. The cleaning went OK, but the dentist found some cavities under a couple of crowns. One was so bad that he asked me if it hurt. I asked him if he thought it should and he said it was bad enough that he would have thought so. He showed me where a piece of the tooth was actually broken and the crown was the only thing holding the piece in. This tooth will need to have a root canal. We decided we were there so long today that I would come back tomorrow to have the preliminary work done and the two new crowns installed Saturday.

Cindy had two small cavities on the same tooth and got them taken care of.

We also went to get new glasses. We both decided on two pairs. They could have had them today, but we told them we would pick them up tomorrow.

There are booths selling anything imaginable everywhere, but we resisted. 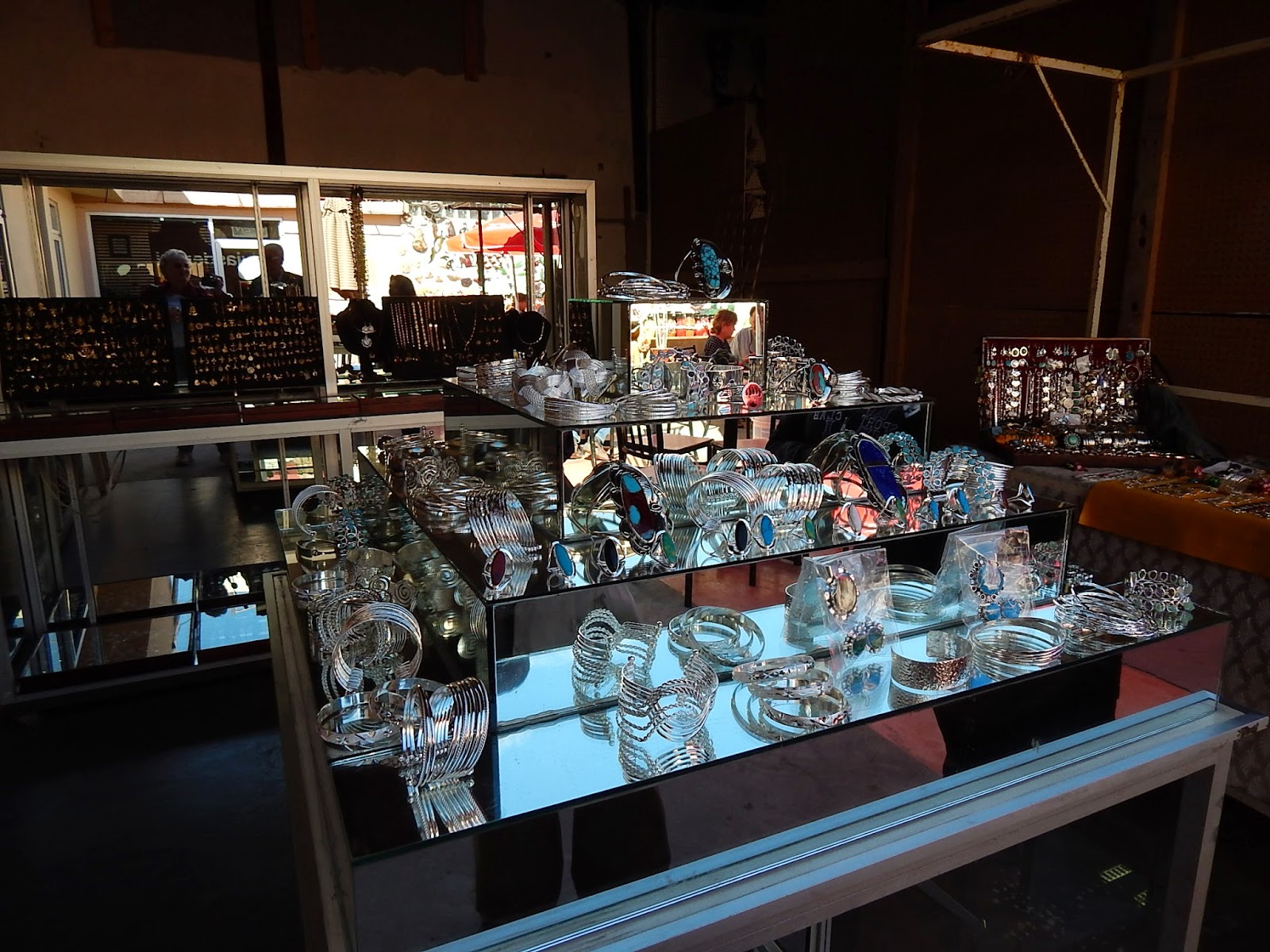 After all of this, we were hungry and since we were next door to the shrimp taco stand, decided to have shrimp tacos for lunch. They were as good as we remembered. 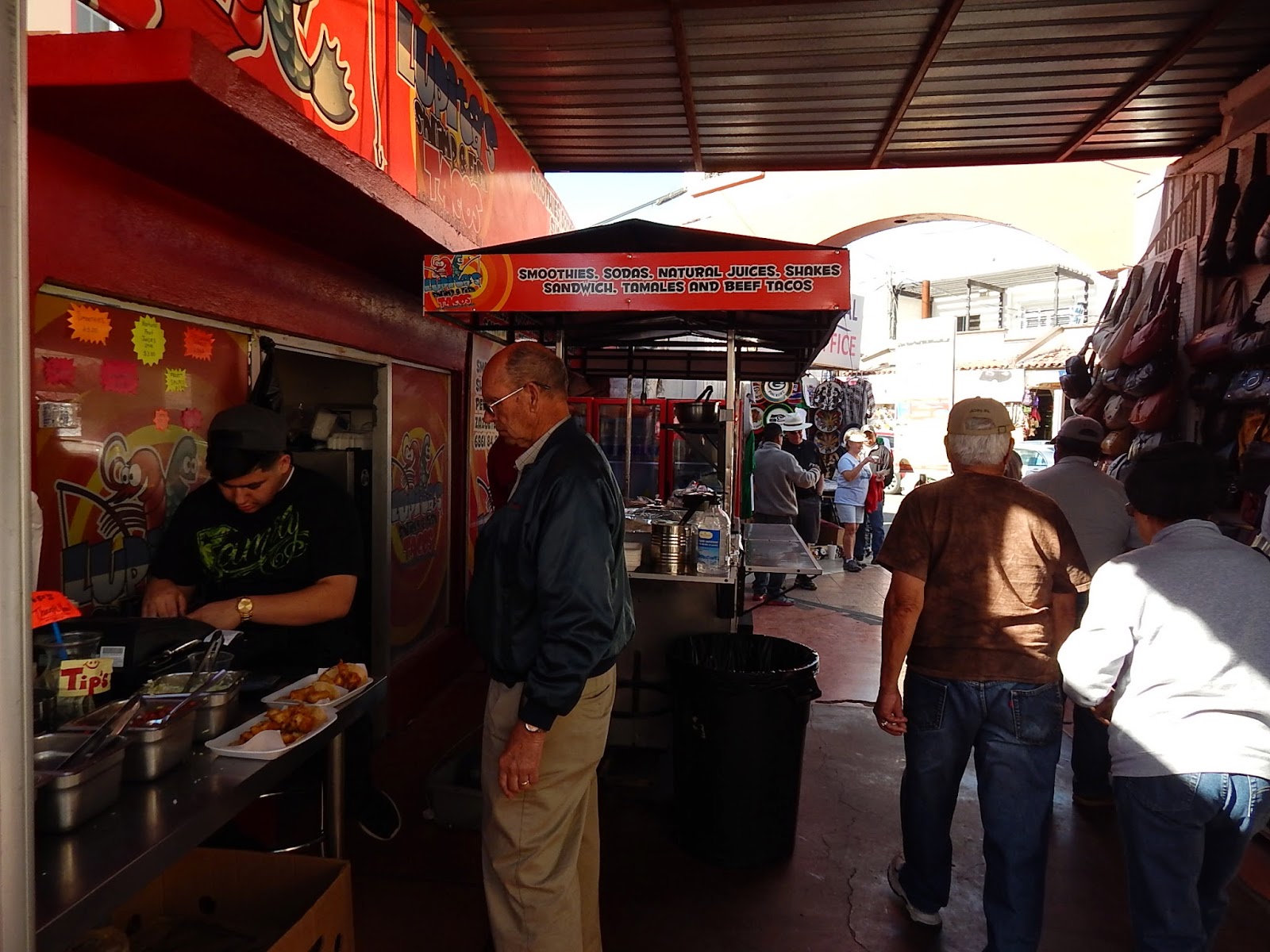 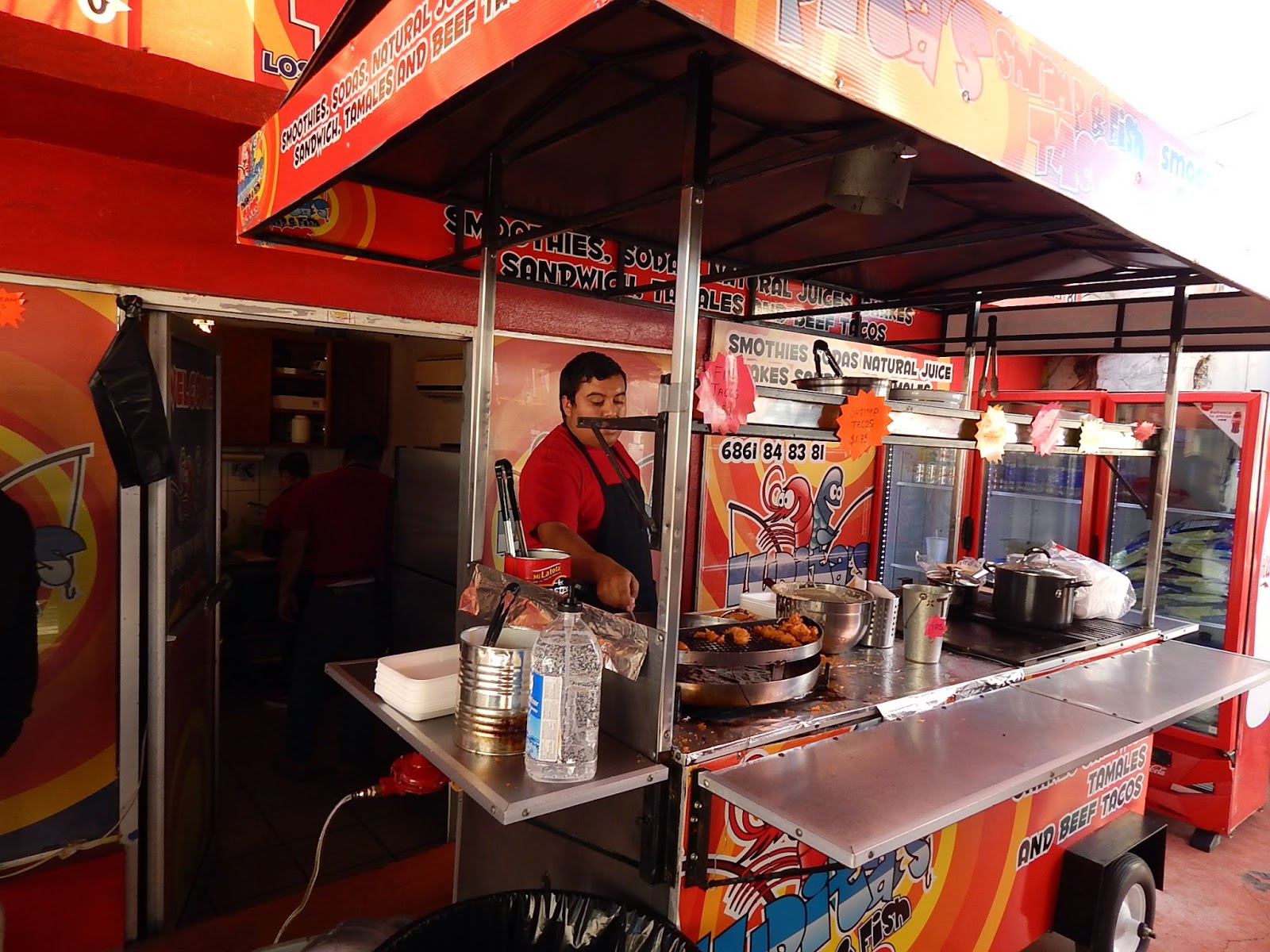 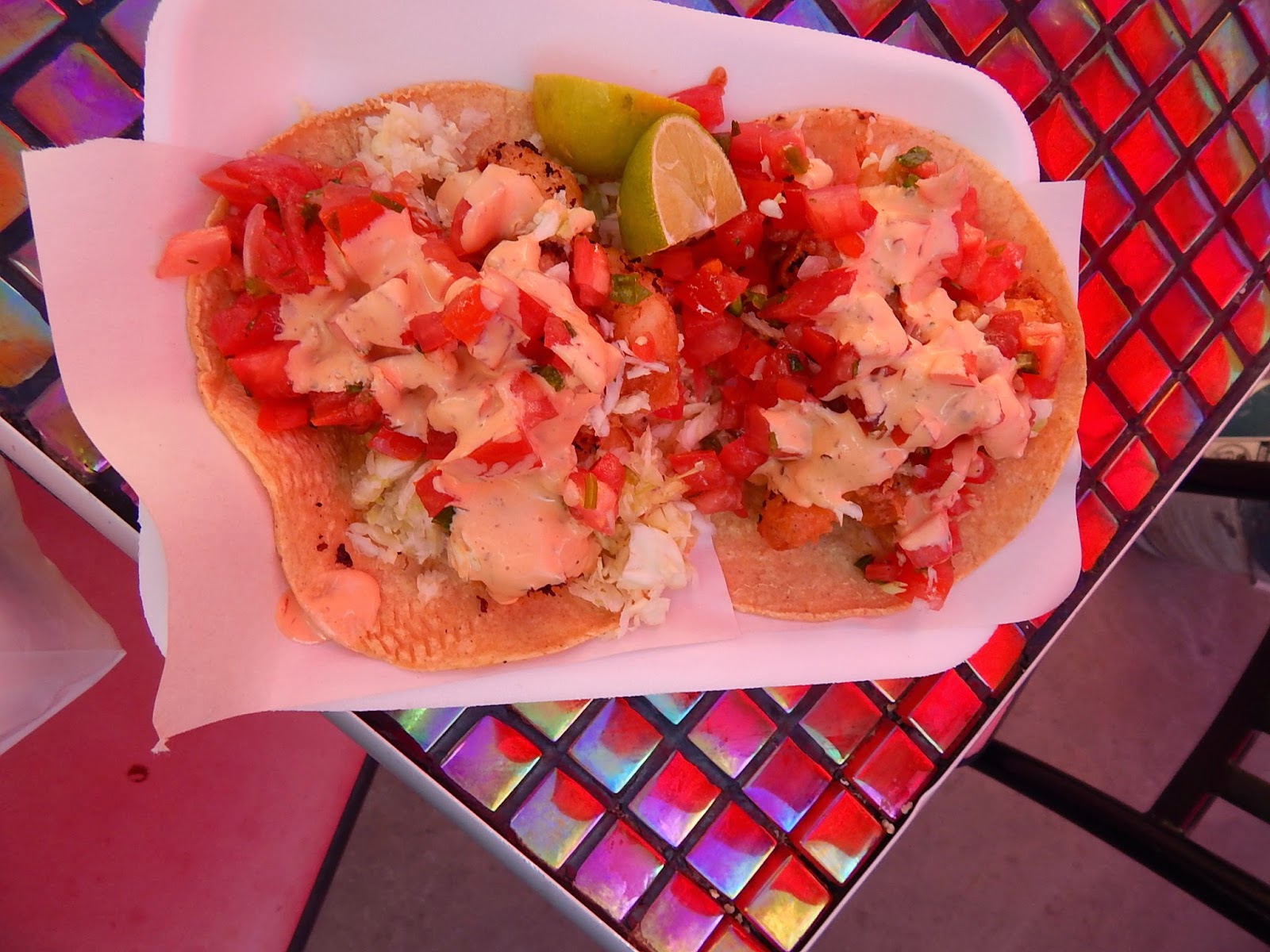 Tomorrow while I get my teeth ground on, Cindy is going to go to a Hair Salon she found out about, that do reasonably priced haircuts complete with shampoo and styling. She found out about it at Boomerville and the other ladies seemed to be satisfied.

On the way out, there was a long line waiting for customs, but it moved fairly fast. 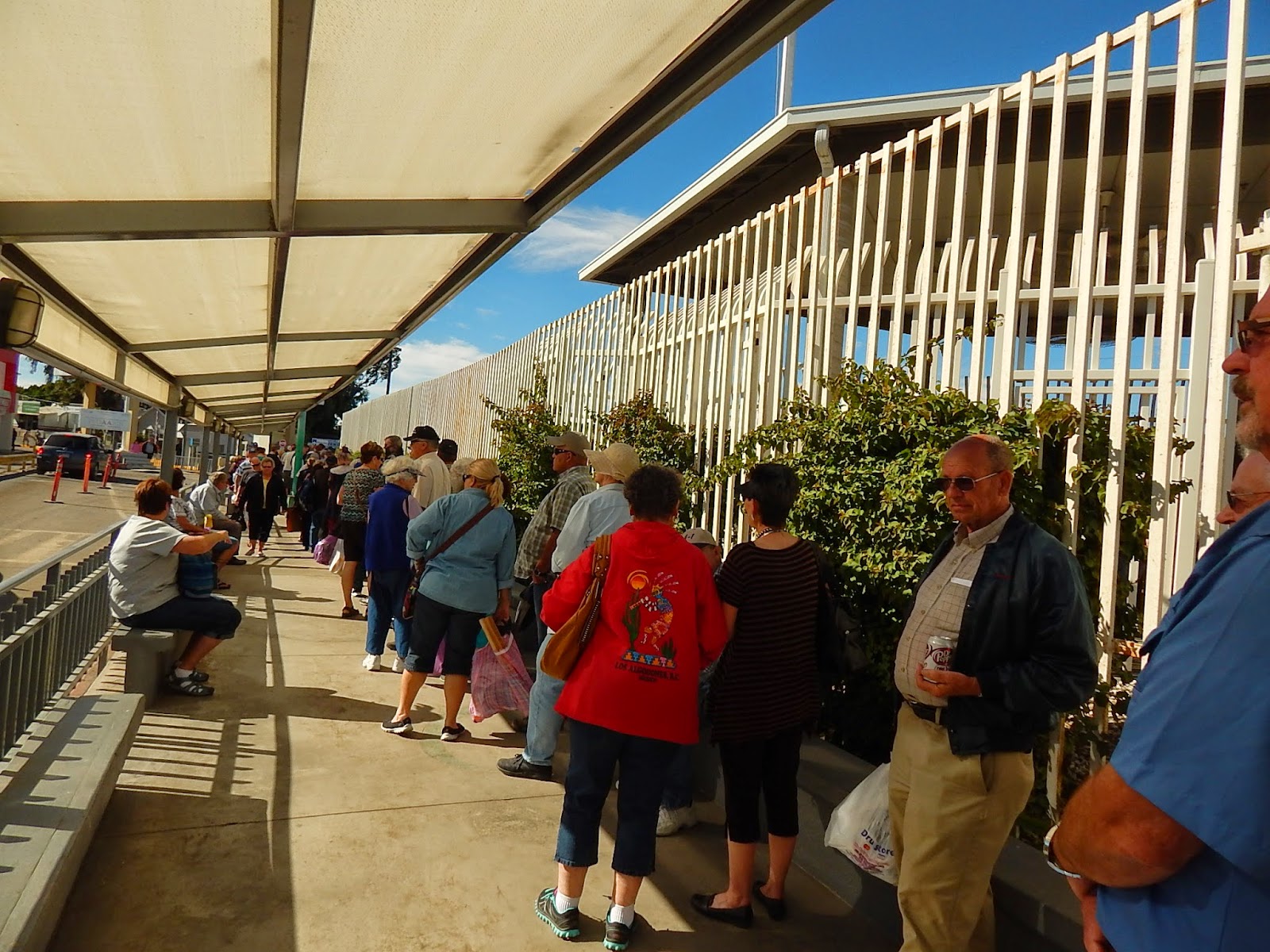 Thanks for visiting.
Posted by Ray and Cindy Warner at 6:15 PM