Yesterday the Boomers put on a pancake breakfast to benefit CARE. They took in exactly $100.00. It was fun to watch Bob mix pancake batter with his beater and electric drill. They had nice big pancakes with extra if you wanted. We both had blueberries and almond chips on ours. They were very good. 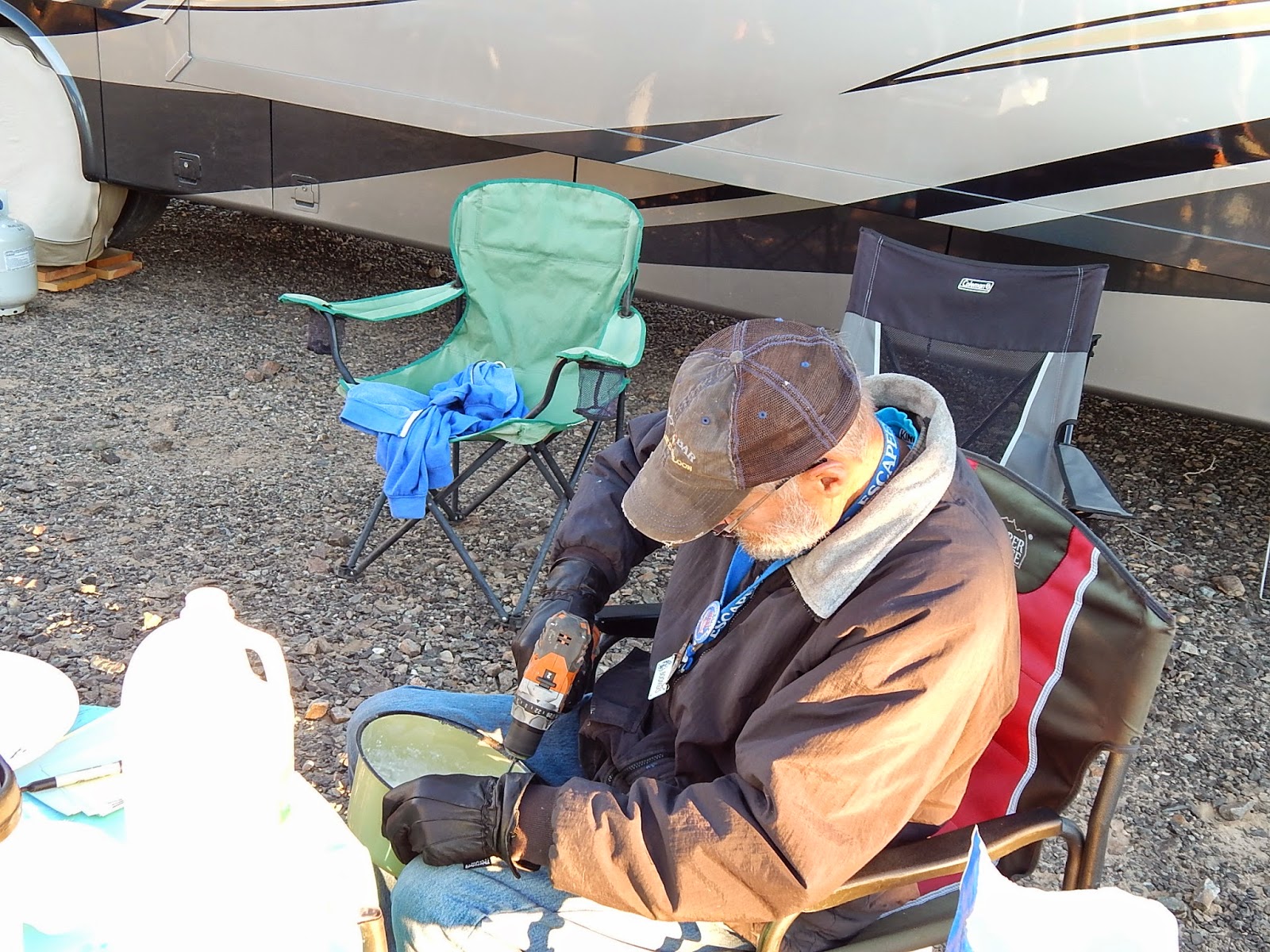 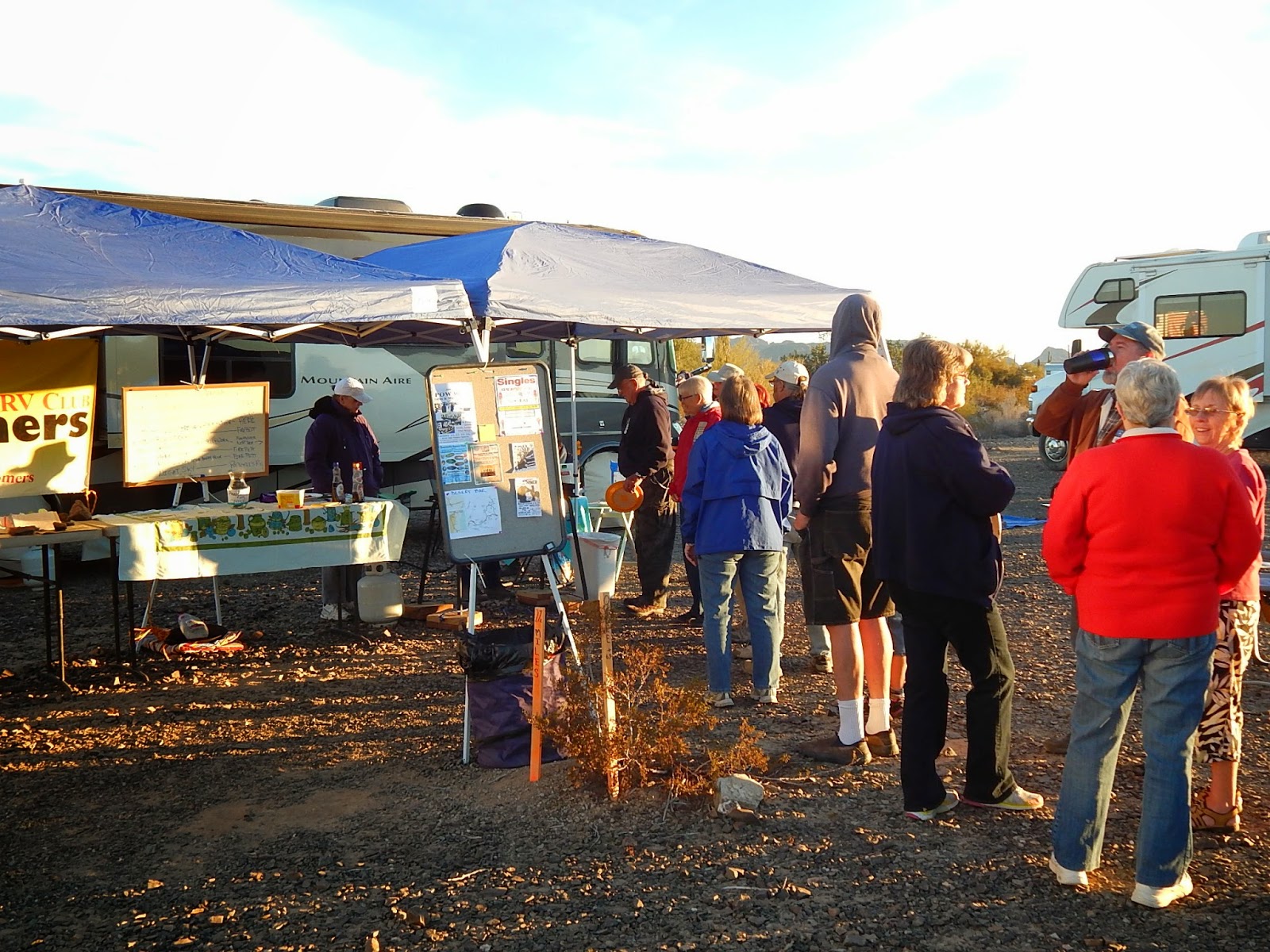 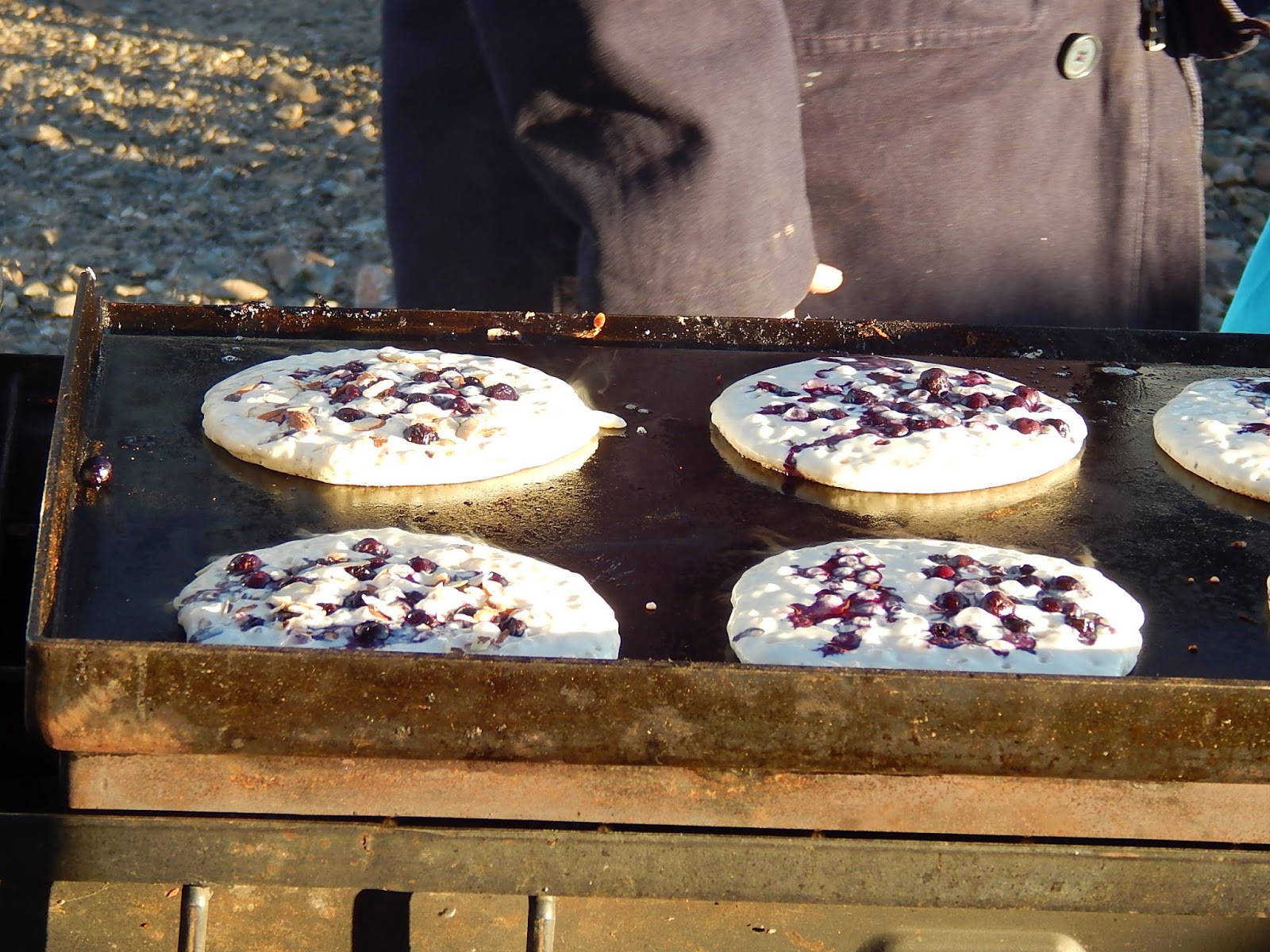 In the afternoon there was pot luck. Everyone that was there brought something for everyone to eat, and although you only took a small portion of food, there still was way too much to eat. Once again, Happy hour and pot luck are not helping my waist line. 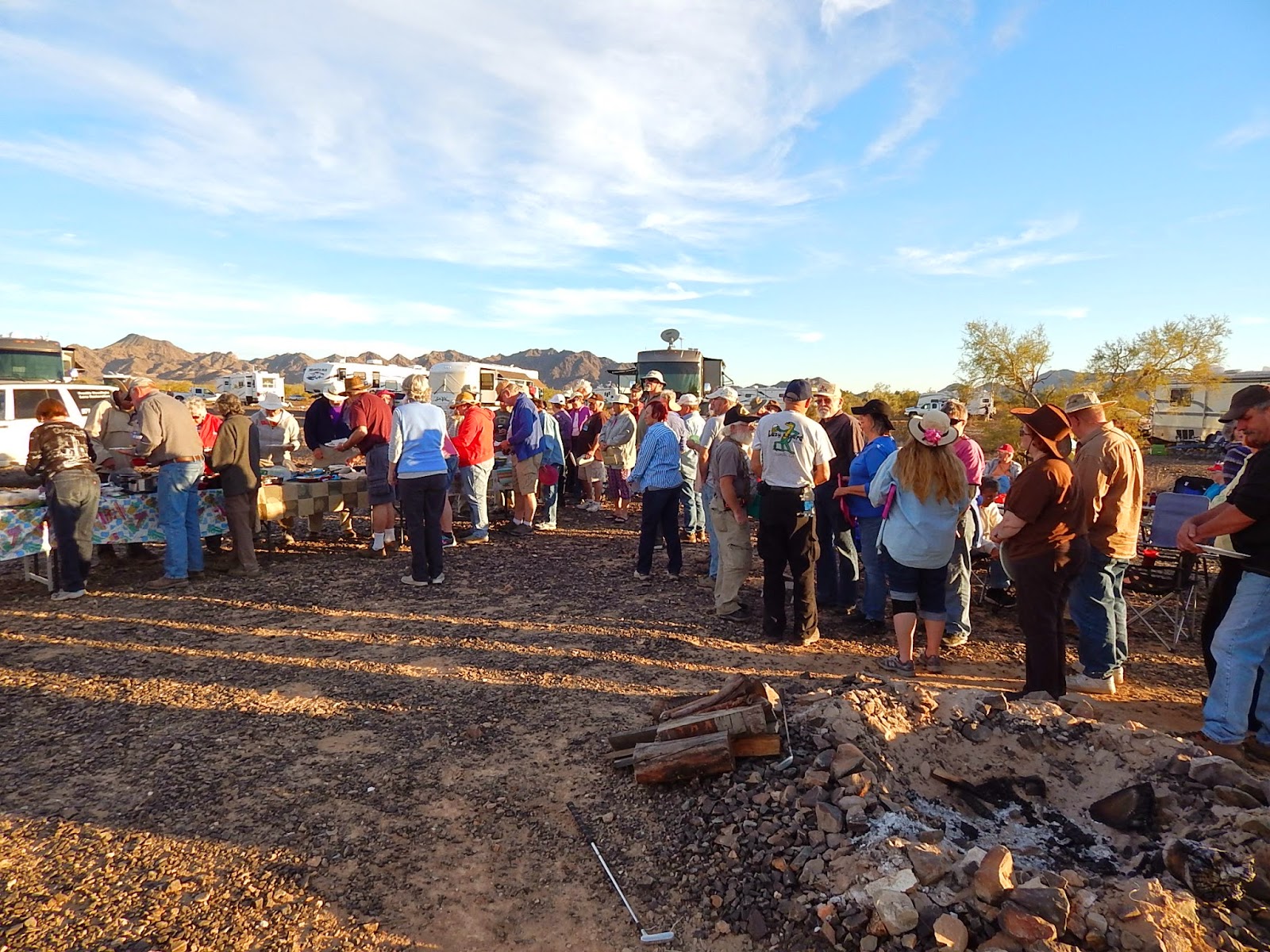 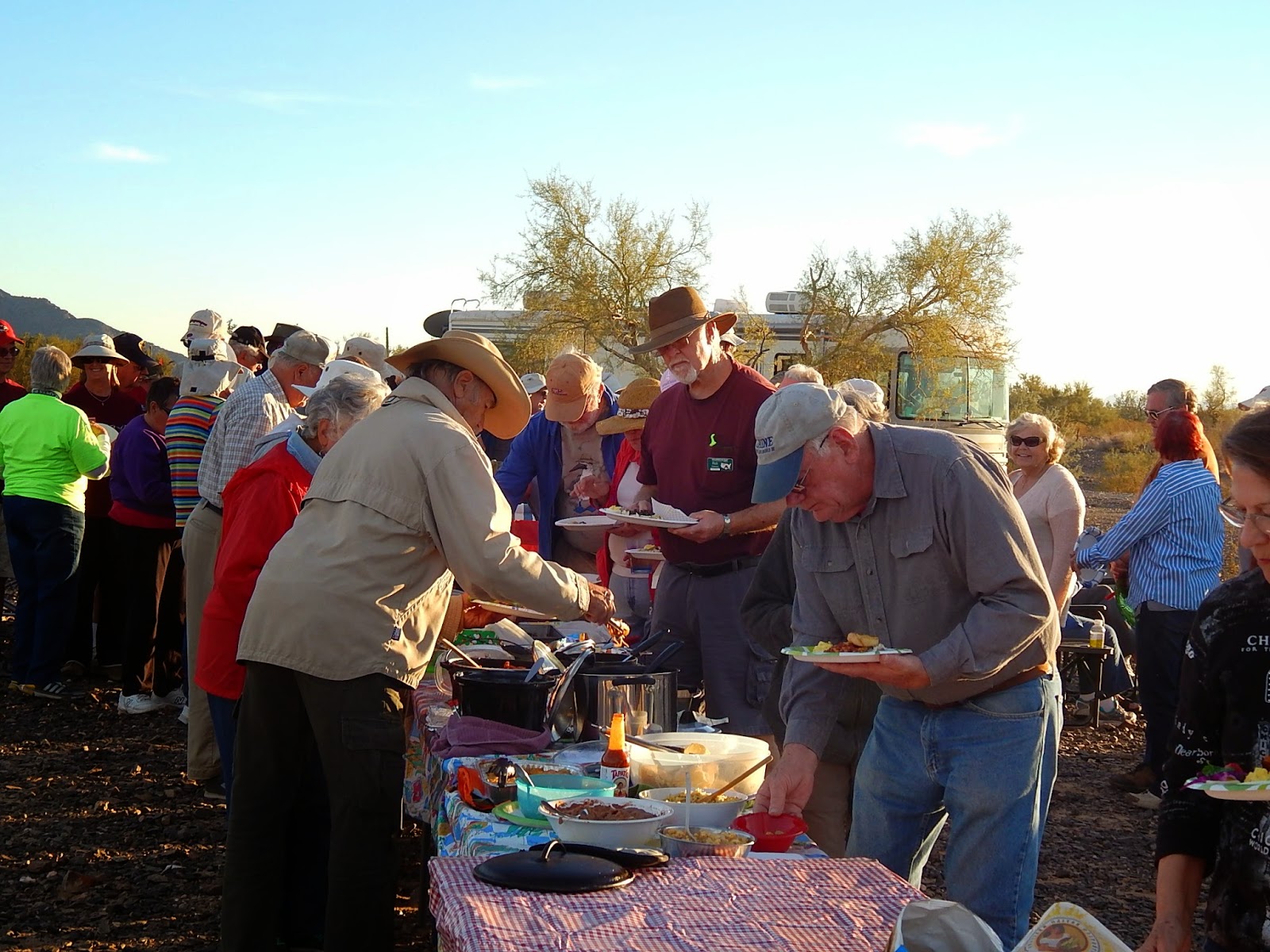 This afternoon we decided to brave the crowds at the big tent. Maybe because it was Sunday afternoon and we found out later there were football games on TV, the crowds weren't too bad. There is a lot of stuff for sale and a lot of it makes me wonder what it has to do with RVing. 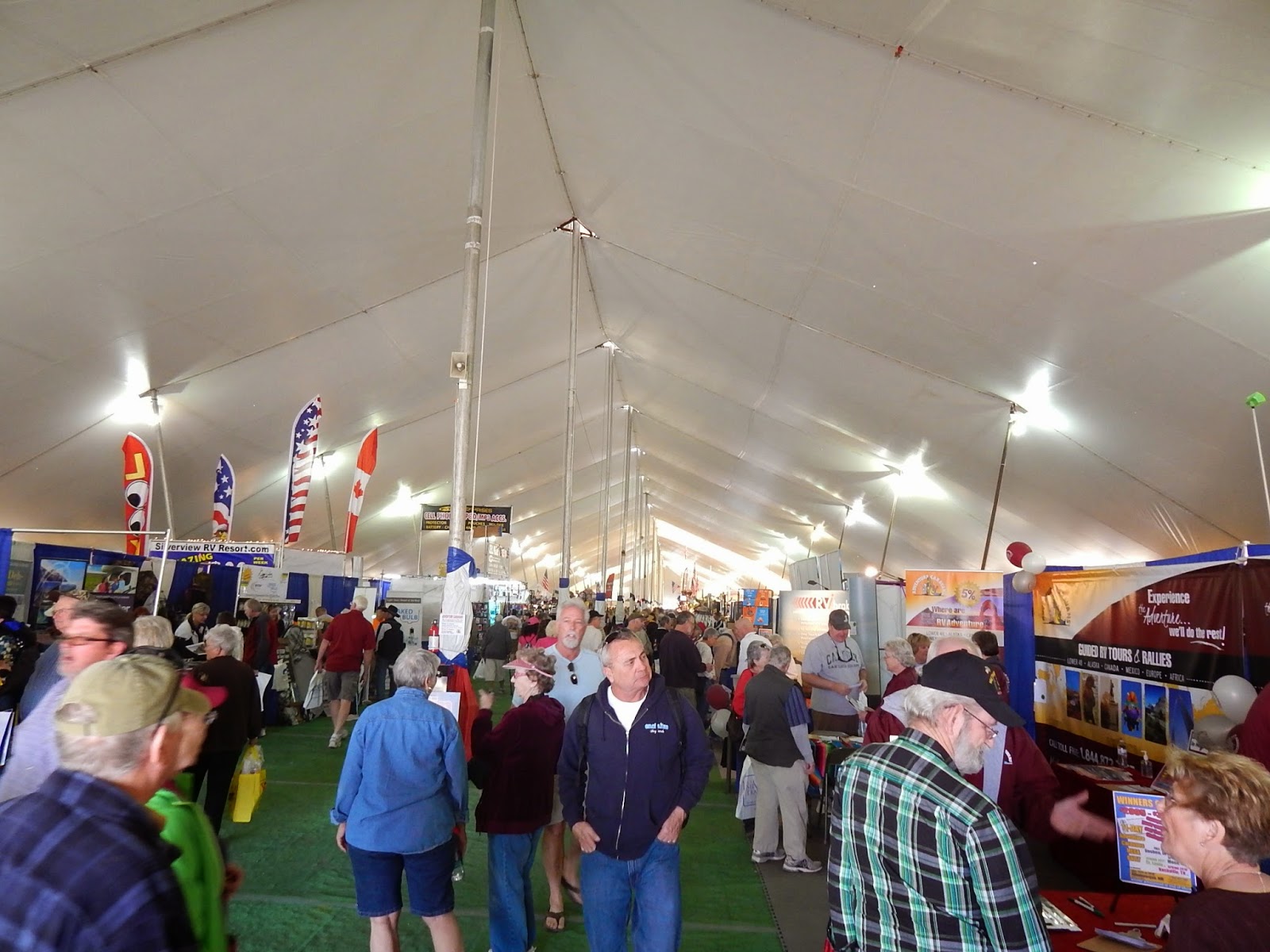 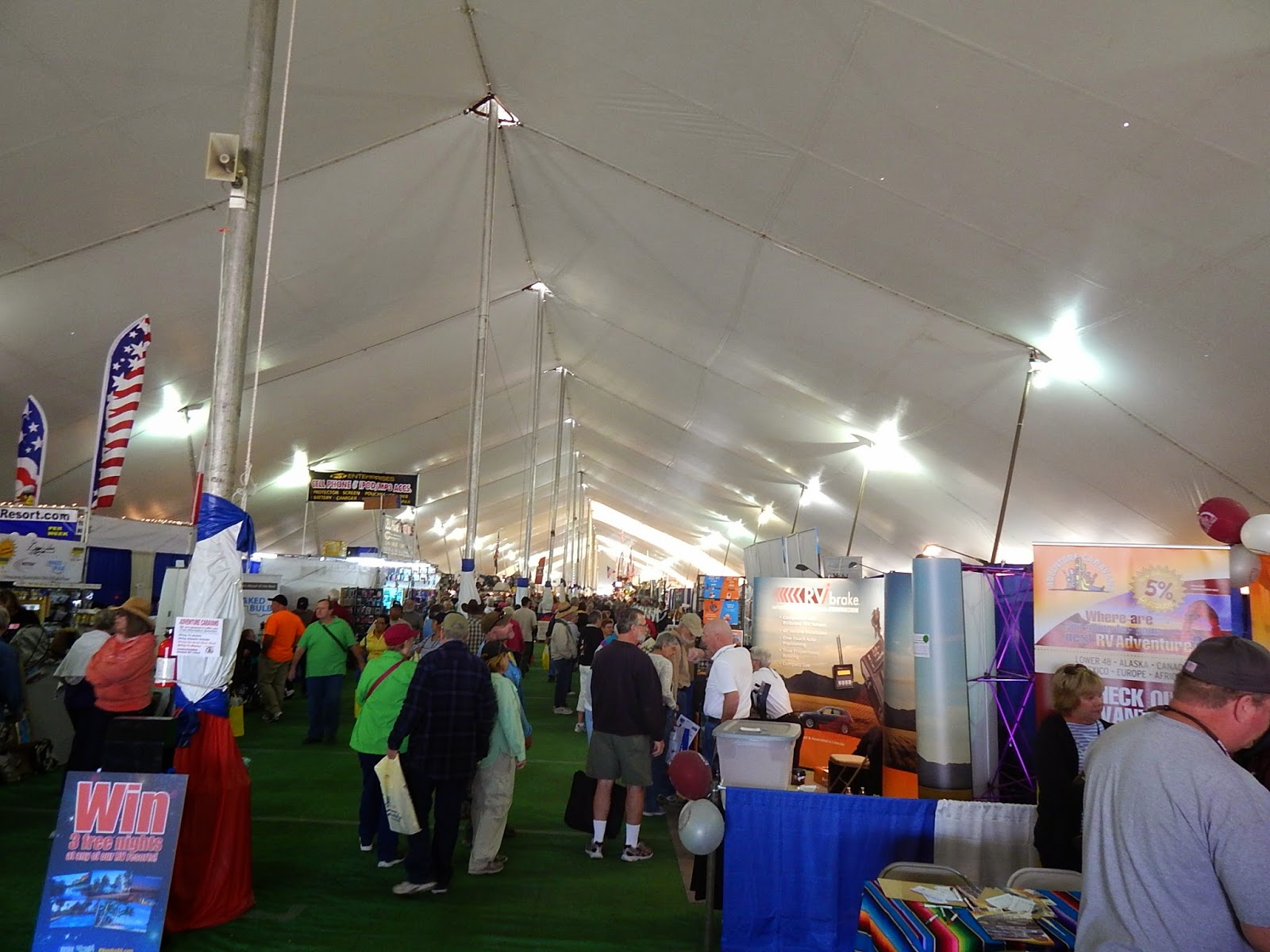 Getting there were a lot of people going places and visiting the different vendors. I had to park in what I was told was a wash, where I could park if I had 4 wheel drive. I needed it to get parked and again upon leaving. 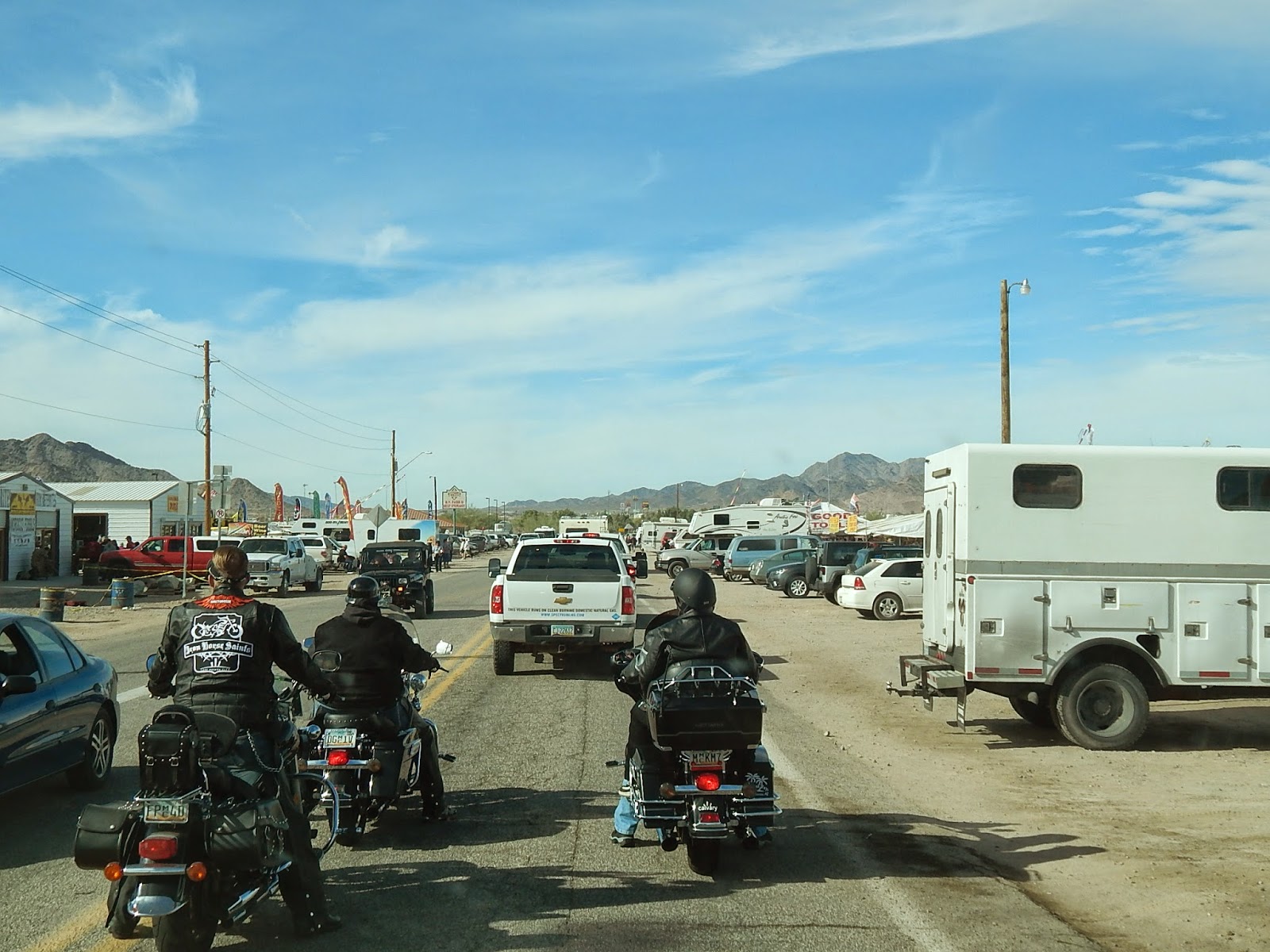 We spent almost three hours and still didn’t see it all. By the time we left the crowds and cars were thinned out a lot. Where I parked my truck was all alone.

They have a lot going on tomorrow here at Boomerville and I’m not sure we are going to go back to the Big Tent.

Tonight there was another beautiful Arizona Sunset. 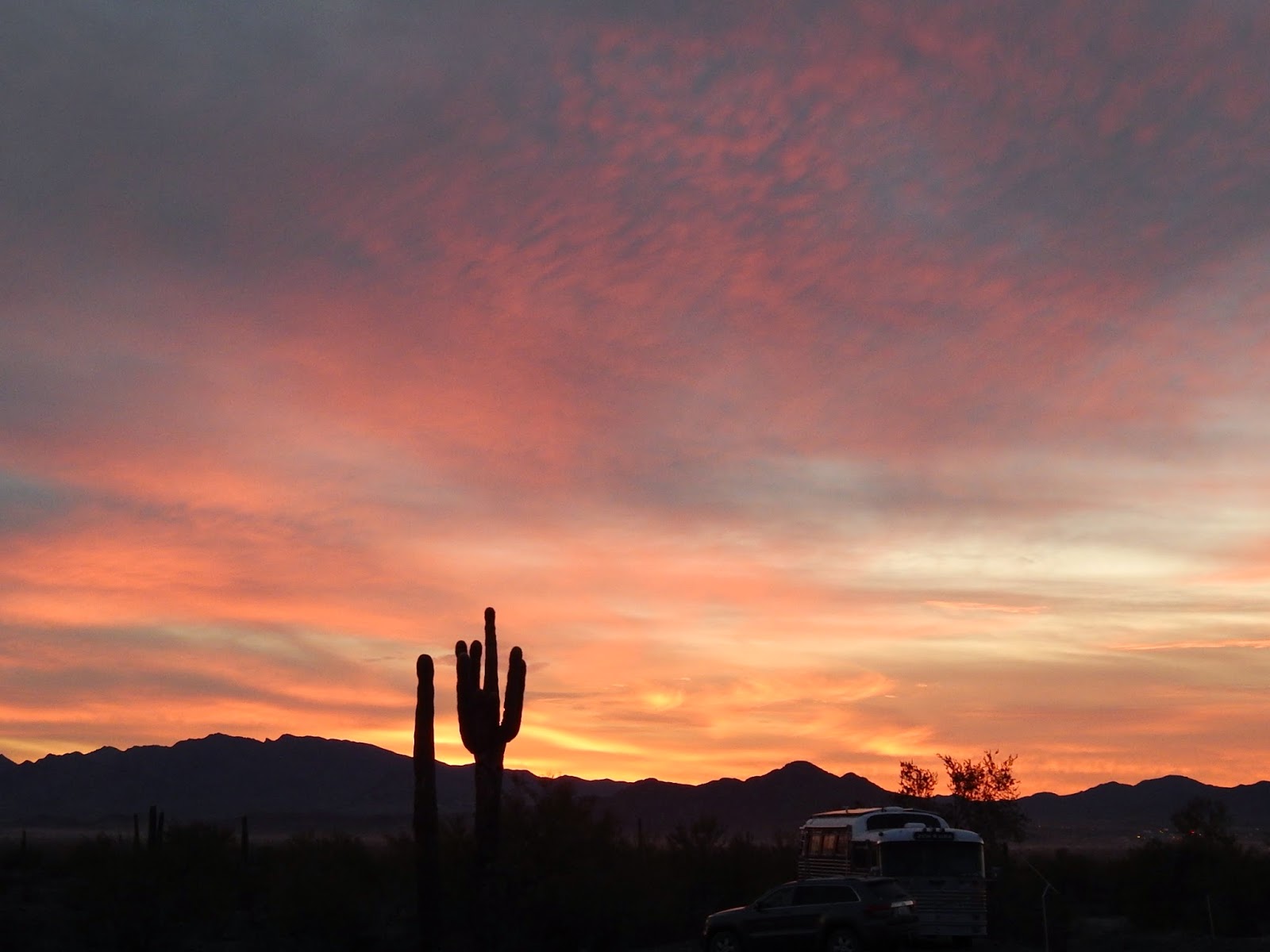 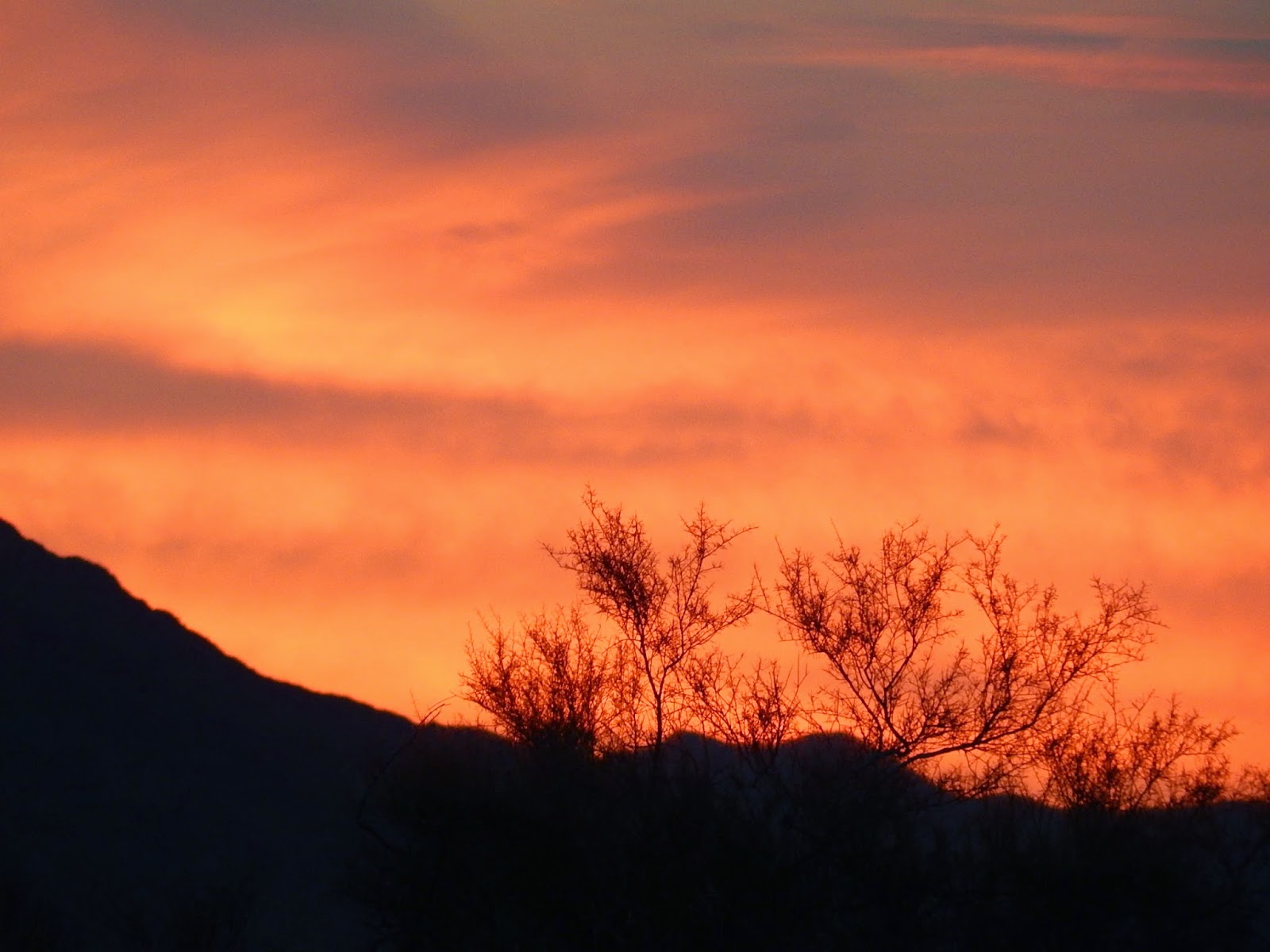 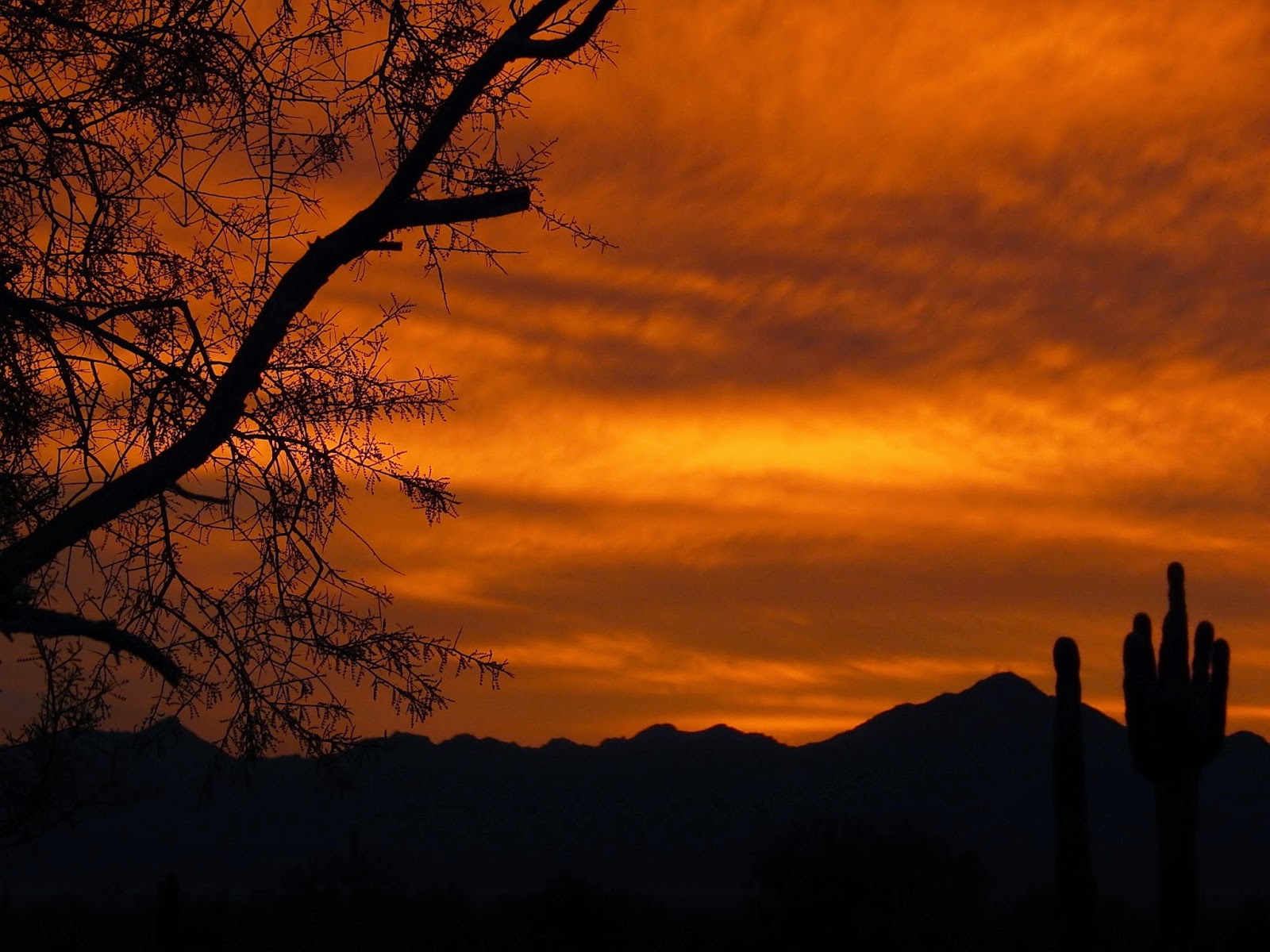 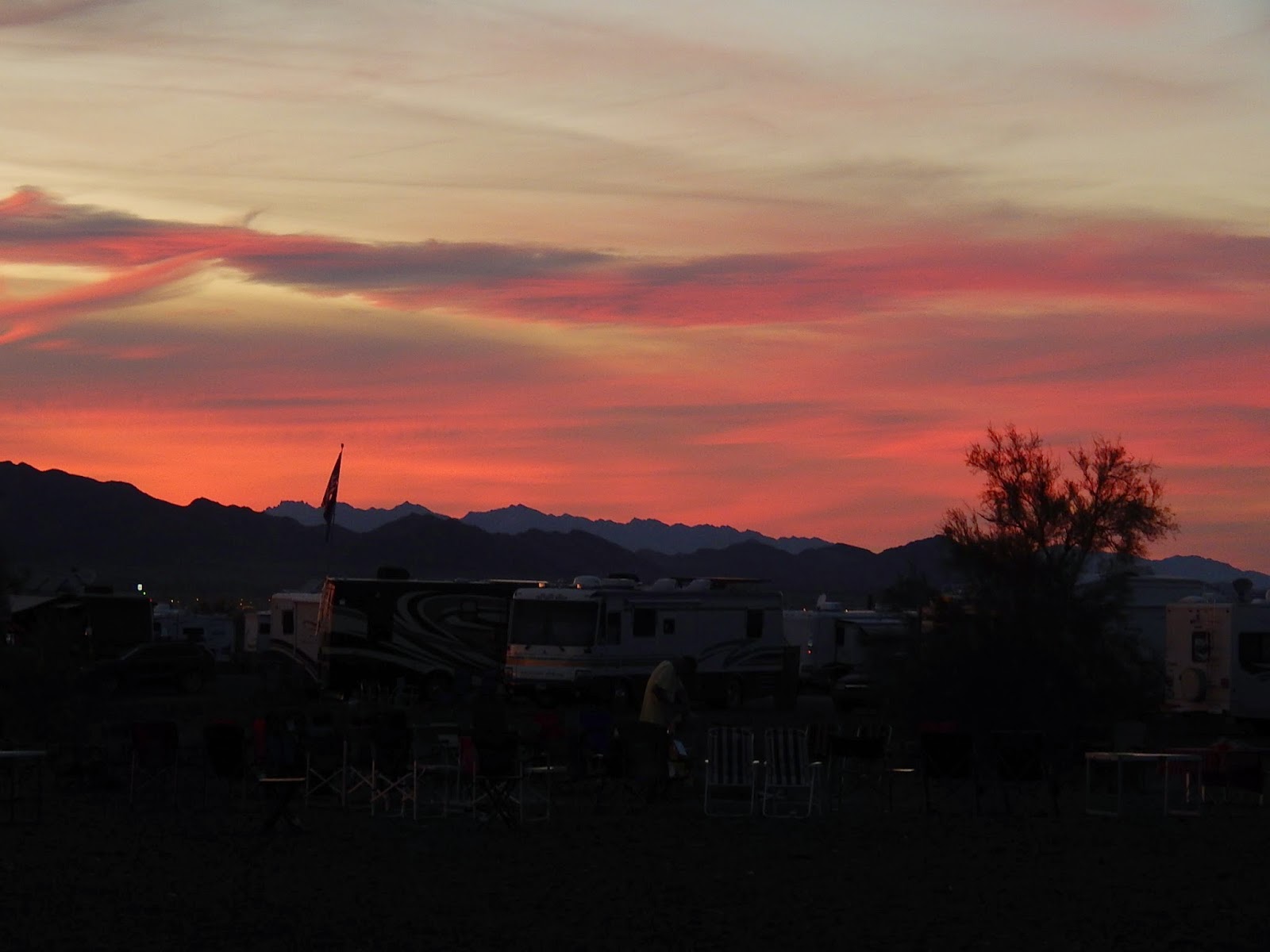 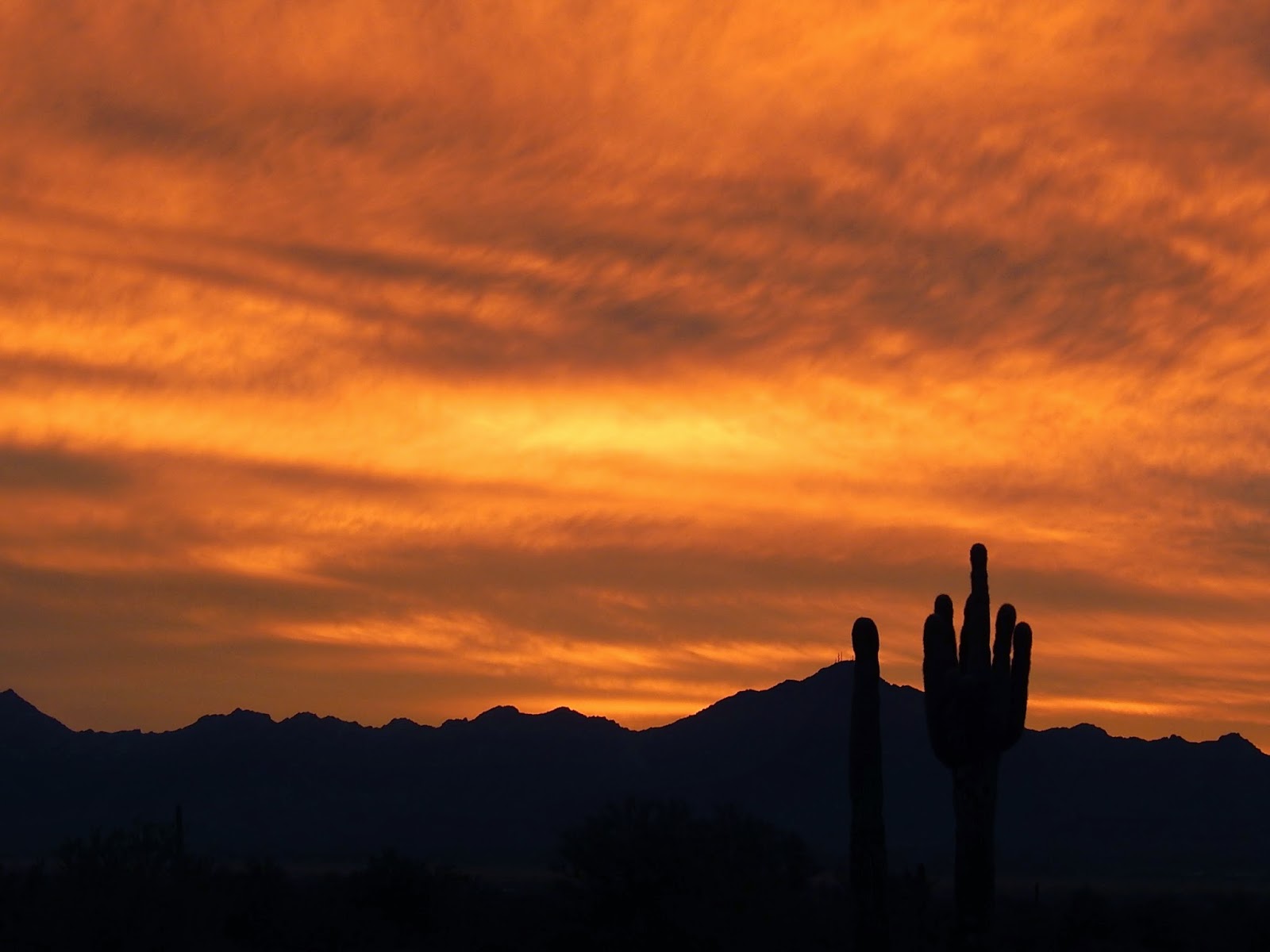 Thanks for visiting.
Posted by Ray and Cindy Warner at 5:29 PM