While we were in England a few years ago, the weather forecasters all the time said the day would be a bright day, or a dull day. A bright day was sunshine; a dull day was cloudy and rainy. That phrase has stuck with us till now. The day from Idaho Falls to Helena was a dull day. At Helena we got some sun and had more of a bright day. Right now the sun is shining in Great Falls.

We were going to stop in Helena, but decided we hadn’t had a bad day driving, so continued to Great Falls. We decided to stop at Wal-Mart and stay the night. By continuing to Great Falls, we are two hours closer to our first RV Park in Lethbridge, Alberta. I decided we would get to Lethbridge a day earlier than we had planned, so I called Coast to Coast to see about getting in a day earlier and staying an extra day. The representative told me I would have to call the park and get an OK, as his system doesn’t allow reservations this close to the date. I called the park, and was told no problem, and she would take care of the reservation with Coast to Coast. So I guess we will be in Lethbridge for 6 days instead of 5.

Cindy took several pictures of our drive while we were driving, so some of them didn’t turn out. I have included the best ones. The drive along the Missouri River has always been one of my favorite drives, but is a lot prettier in the summer. 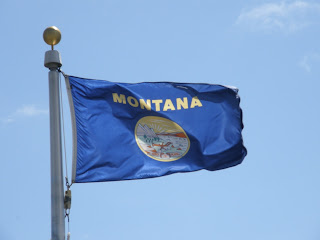 You can see how hard the wind was blowing at one of the rest stops. 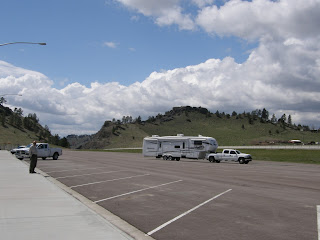 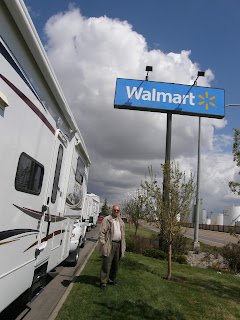 WE are planning on our donation to Wal-Mart before we leave.
We left Idaho Falls at 7:30 and arrived at Wal-Mart at 3:00. Total miles 353.  Thanks for visiting.