Today we drove from Watson Lake to a quant resort called Six Mile River Resort. Eddie and Barbara and we are the only RVs here. There are many old buildings on the property, and a lot of moose antlers. It is right on the Tagish River. The lady accepted our Passport America card with no problems. The total with tax was $16.28. All they have is 30 amp electricity and water, no sewer or dump station. Like I said, it is kind of quaint, but we like it here. The owner is as nice as can be. She also has a restaurant here, which seems to be popular with the locals, because it is filling up. She has lots and lots of antiques in the restaurant and on the grounds. 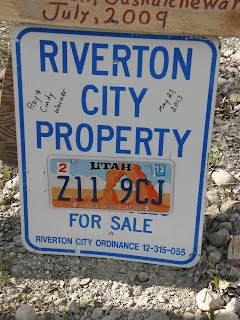 First thing this morning we borrowed magic marker and wrote our names ant the date on our sign.

After that we left the RV Park and headed toward Teslin and Tagish. There were many miles of beautiful scenery. I might have scenery overload. LOL 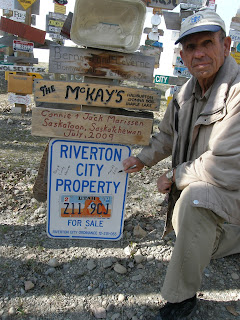 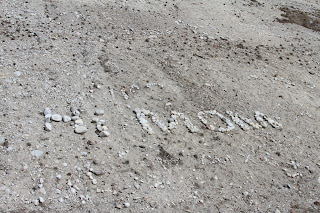 At about 28 miles from Watson Lake we started to see messages along the highway written in rock. I called it rock graffiti. This went on for several miles. This was started by a Fort Nelson swim team in 1990. There were many small lakes along the way, some were frozen and others ice free. A person could go into sensory overload looking at all the scenery. I joked that I miss my desert. LOL We finally got to see two Caribou, and they were as frightened as the others we have seen. 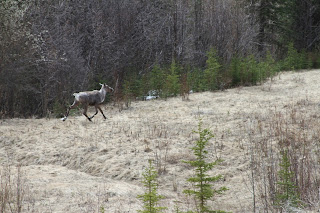 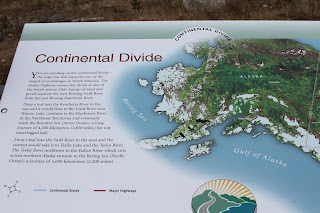 We got to the Continental Divide. There is a rest stop at the exact point. A sign told that if you put a leaf into the flowing water, it would travel 2600 miles east before getting to the ocean. West it would travel 2350 miles before reaching the Pacific Ocean. 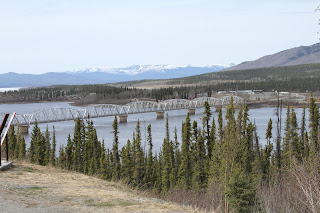 We finally came to the town of Teslin.  We crossed the Nisutlin Bay Bridge. It is the longest water span on the Alaska Highway at 1917 feet. There was about ten miles of not very good dirt road just before the Bridge. The highway still needs some work. Cindy had heard of a place called Mucluk Annies restaurant, but there was a sign that said closed across it. 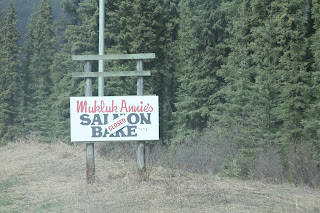 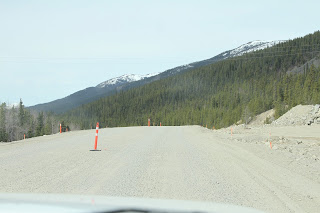 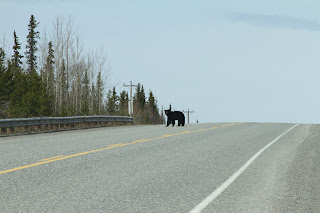 Just after Telsin, we saw a black bear on the highway in front of us. By the time I got stopped, we were only able to get one picture of it.

The rest of the trip to Tagish was miles and miles of beautiful scenery. We passed and followed many lakes and rivers. I had been told that as soon as we crossed the bridge over the river to watch for the driveway into the RV Park. The gate was open, but there was a large sign that said closed, and Cindy asked me if I was sure we were at the right place. It almost looked like I was turning into someone’s driveway. I turned in anyway, and it was the right place. When I asked about the closed sign the lady said they had just forgotten to take it down. “Closed sign doesn’t mean anything around here”.
After we had dinner, we started a campfire, and sat around and talked. I had to have more smoors. This time Cindy had heard of putting raspberry jam on them. They were really good, but very messy. 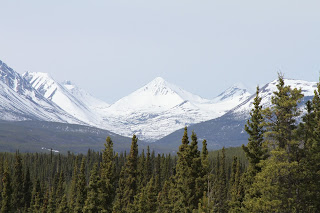 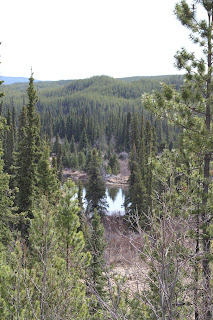 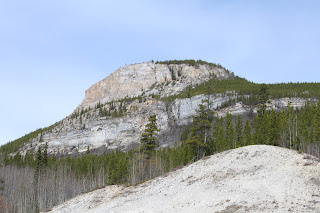 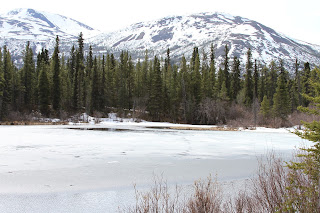 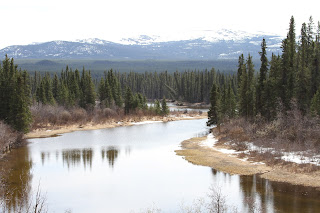 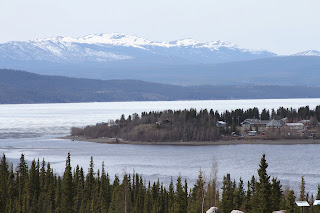 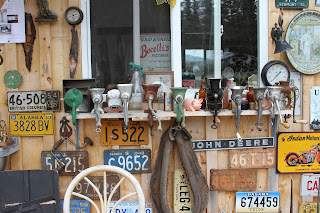 This is the restaurant and office. 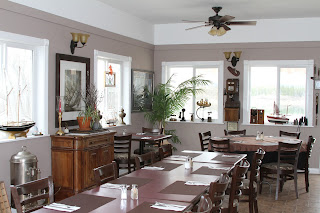 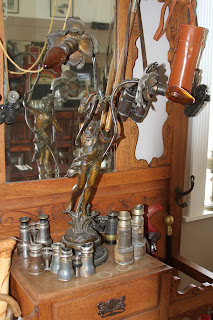 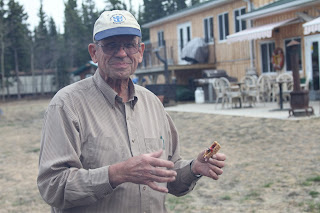 After we had dinner, we started a campfire, and sat around and talked. I had to have more smoors. This time Cindy had heard of putting raspberry jam on them. They were really good, but very messy. 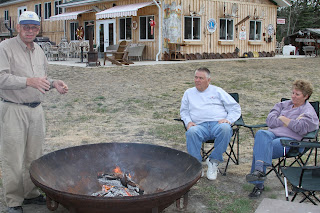 Tomorrow we are headed to Skagway.

Thanks for visiting.
Posted by Ray and Cindy Warner at 7:34 AM