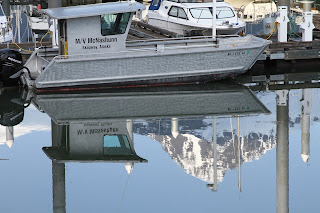 We left Skagway at 8:15 (9:15 Yukon time) this morning. Cindy and I walked down to the boat dock and she took some pictures before we left. There were 3 cruise ships in port this morning. We passed lots of tour buses and vans on our way up the canyon. The day was a bright blue day with very few clouds, and Cindy got lots of pictures. 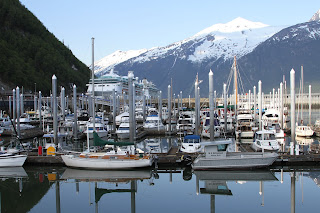 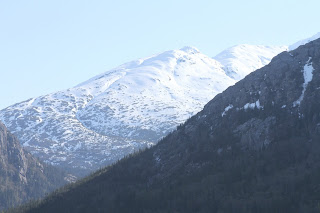 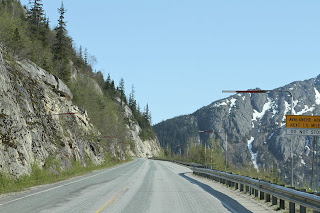 At one place on the drive up, there are poles with reflectors coming over the highway. Nick had told us that they were there so that during a snowstorm they reflect light to help motorists, because they can hardly see where they are going. 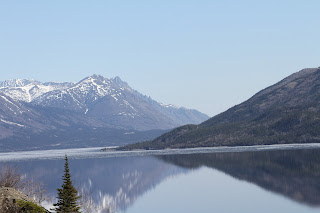 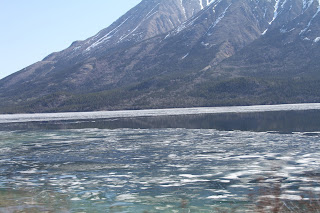 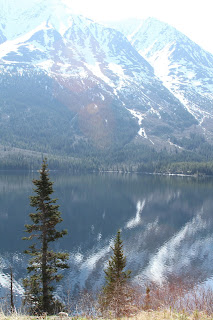 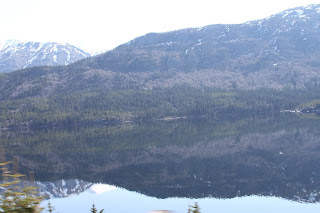 We followed alongside of Tagish Lake, it seemed like for miles. It was interesting that part of it was completely thawed out, while the further north we went, more and more of the water was still frozen. The top end of it was still frozen solid. 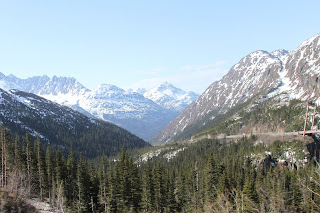 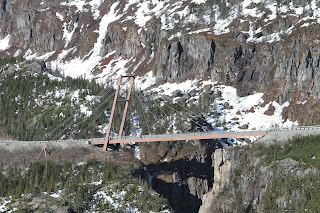 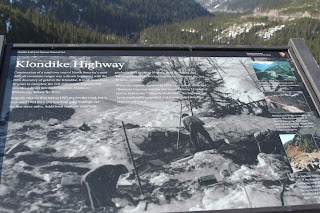 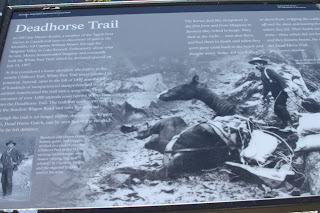 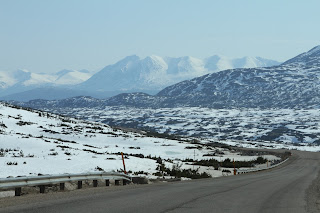 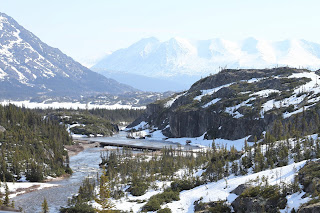 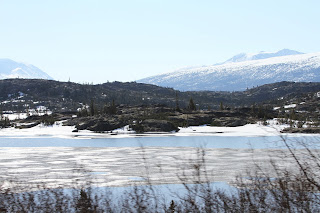 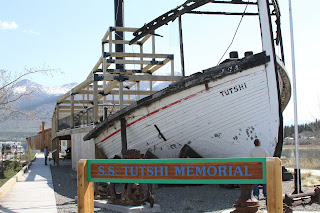 We came to Carcross and went past an old paddle wheeler that is on display. At least parts of it are on display. We then went to the oldest continually operated store in the Yukon, the Mathew Watson General Store. They had lots of old antiques on display. It was kind of neat. 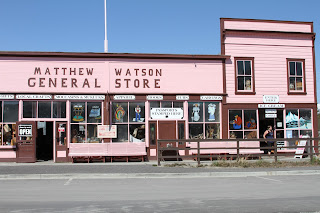 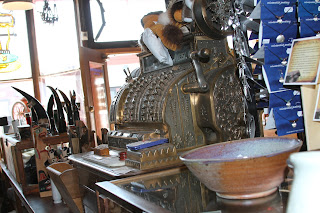 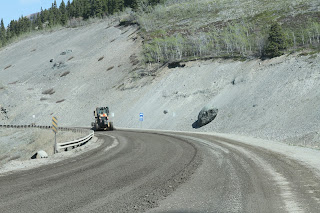 We went past what is called the smallest desert in the world. It is one square mile of sand dunes. A little way after the sand dunes, we came to about 10 miles of gravel road. They had just watered it, and our trucks and 5ers got extremely dirty. You could only go about 20 miles an hour. At one point we had to wait for a flag car for about 10 minutes. The road wasn't that bad, but we didn't want to go any faster. I guess I might as well get used to it, especially going over The Top of The World Highway. The beautiful scenery more than makes up for the inconvenience of the road conditions. Emerald Lake, which was about in the middle of the construction, was very beautiful. 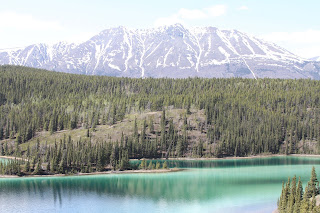 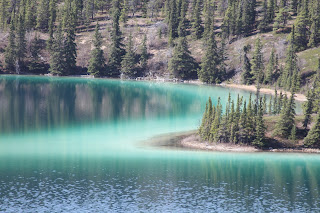 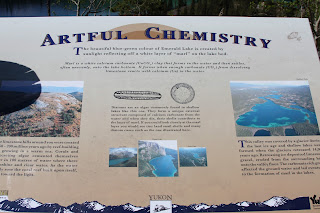 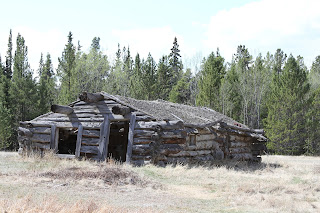 We drove on for a while and found a rest stop which had a path leading to some old buildings that were ready to fall down. There was an old abandoned railroad track by the cabins and old barn. The tracks looked like they hadn't been used for a long time because of all the small evergreen trees growing in the middle of the tracks. 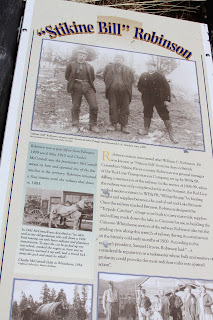 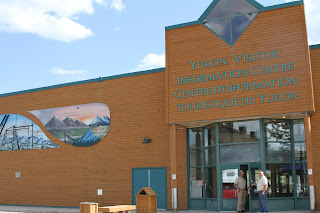 Today we only spent six hours to go what was about 2 ½ hours’ drive time. We drove 106 miles. We took so long, not because of road conditions, but because of all the photo ops. To be precise, Cindy took 208 pictures today. We finally arrived at Wal-Mart in Whitehorse, and after we got parked, we went to the Visitor Center in Whitehorse. We plan on going to see The SS Klondike tomorrow. There is also a quilt store by the Visitor Center that is calling our names to see it. 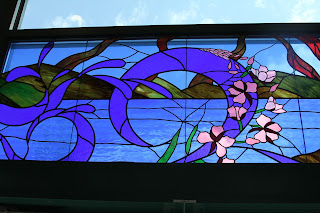 This stained glass is at the Visitor Center.


We probably won’t have internet for 2 or 3 days, so will post as soon as we are able. We are headed toward Dawson City. Thanks for visiting.
Posted by Ray and Cindy Warner at 9:32 PM