We have been busy doing “things” since we've been here. Yesterday I finally finished up the brake conversion. Actually I finished putting the brakes and lines on Wednesday, but bled everything out yesterday. We ended up going to Spokane to The House of Hose to get the brake lines I wanted. At least now the conversion is like I wanted it. 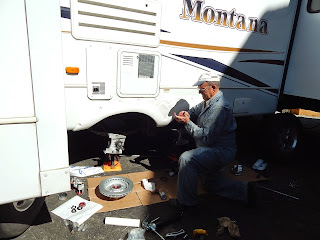 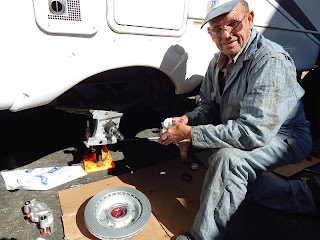 I did go road test the new brakes and made sure all the bearings seemed OK and I can sure tell the difference between drum and disc brakes. I drove about 60 miles and everything seemed to be good to go.

Penny really likes Sabrina and Ken’s dog Mozey. Mozey weighs almost 50 pounds and is about 10 times bigger than Penny (she weighs 4 and a Half pounds). Penny can hardly wait to go in to see her new buddy every morning. 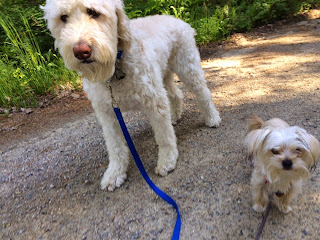 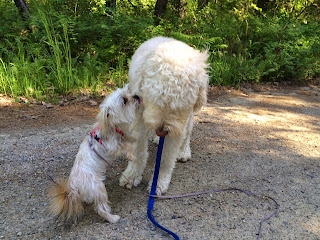 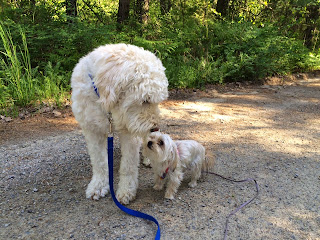 The two dogs like other so much, Sabrina has decided she might have to get another dog.

Penny has been helping herself to Mozey’s food at night, and I have been wondering why she wasn't eating her dog food. 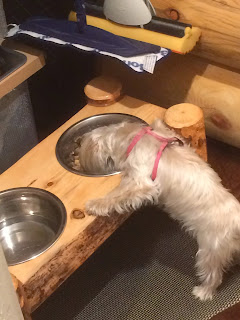 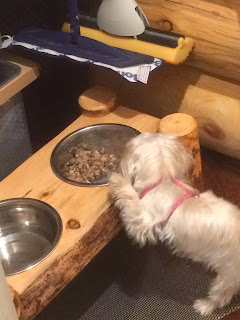 The weather here has been fabulous, but is getting a little warm for sleeping at night.

When we went to Spokane, Ken wanted to stop at a place called Capone's for lunch. I had a regular hamburger, which was very good, and Cindy got a Teriyaki Burger and said it was very good. 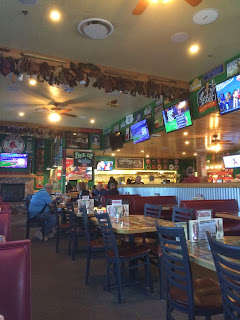 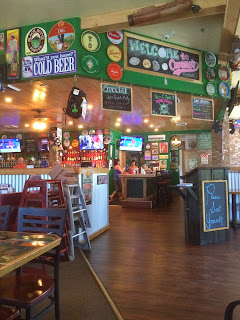 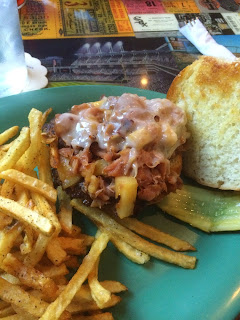 Cindy’s Passport got mailed to get here by at least Saturday, if not by tomorrow. We had Tammy put it in the mail, rather than have Cindy’s sister bring it. We decided that by getting it here, Linda and Cindy’s mother could go up Interstate 15 into Canada, saving both of us a lot of miles. So far I think we will leave here on the first of June and meet them on the way to Lake Louise.

We will probably be in Canada for most of June and then are heading to most of the states we missed last year. I don't know when, if ever, we will get to Rhode Island

Thanks for visiting.
Posted by Ray and Cindy Warner at 5:35 PM