It was another nice day. There was a nice sunrise, but I wasn’t able to get a good picture.

Today at our Park they had what was called a farmers market, but there wasn’t a farmer to be seen. There were a lot of vendors selling various crafts. With it there was a burger bash which a lot of people took advantage of. There was also some entertainment. 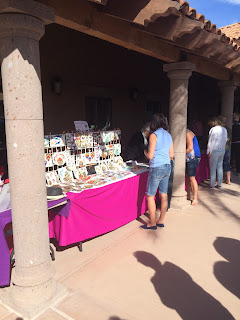 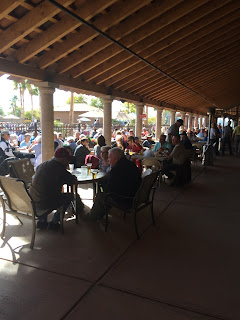 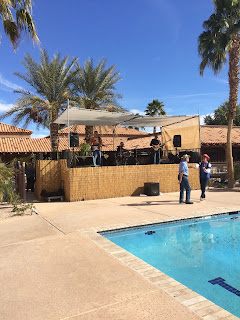 This afternoon we had some visitors: Dan and Patty Chance and Nancy Kissack. We haven’t seen them since we met them at Long Beach, Washington in late summer of 2013. They got to see our new, to us, home and we visited for a while. Dan used to blog, but quit in February of 2014.Tomorrow they leave Yuma for Quartzsite for a few days and then on to Tucson, where Nancy will visit with Dan and Patty at their home near there. Nancy told me she would be back this way in March and maybe we can get together then.
I took Penny to the small dog park and she seemed to enjoy running with all the dogs. Today there were 12 small dogs running around.

We don’t have much planned for the early part of next week. 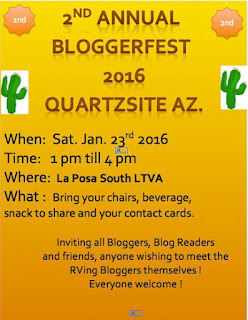 Posted by Ray and Cindy Warner at 6:14 PM