We finally got lots of rain, not just a little. Most of northern Utah has had flooding. Not that southern Utah got away without more flooding. A small town by Cedar City had major floods. Maybe too many people prayed for rain and got more than they wanted. LOL I guess you better be careful what you ask for because you might get it.

East High School in Salt Lake City had it's four year old gym floor ruined by flooding. It was replaced last time because of flooding 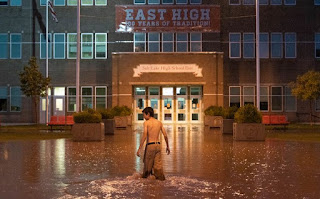 This picture was taken from the middle of 13th East, Which is a lot higher in elevation than downtown Salt Lake. All that water was supposed to go down 8th South but instead went south on 13th East.
Downtown Salt Lake City got lots of water also which the following pictures show. 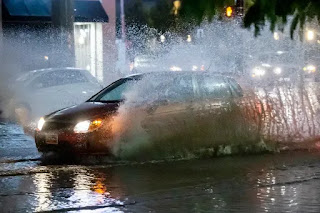 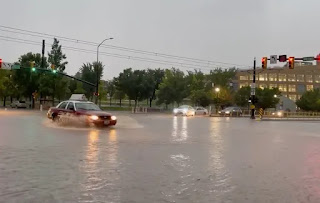 We had pictures of a semi truck that the truck had skidded off the highway and had the truck hanging over an overpass. This happened north of Salt Lake City on Interstate 15.

Quite a few places got 2 inches in an hour and the storm drains can't handle it.

Interstate 70 in Colorado had a mud slide which cover the whole highway with from 10 to 12 feet of mud and rocks. They are not sure when the Interstate will be open and are detouring all traffic around it which takes an extra 4 hours of travel. It is somewhere west of Denver.

In spite of all the rain we have had, we have been told it still doesn't relieve all the drought and low lakes. 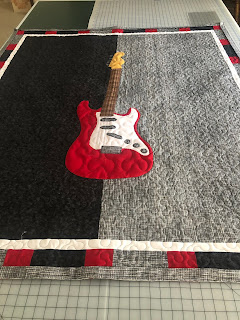 The violin quilt is one I quilted for a customer. 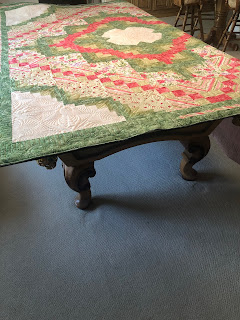 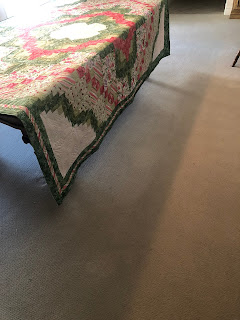 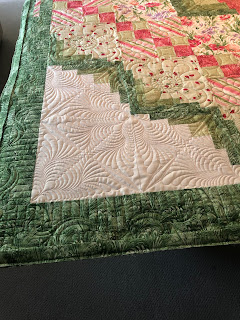 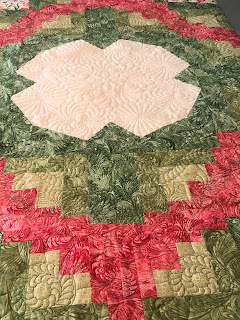 Cindy does like her pieced quilts.
Thanks for visiting.
Posted by Ray and Cindy Warner at 6:50 PM