We Got Rid Of The Smoke

The winds shifted for a few days and all the smoke left.......but then it came back even worse. And to add to all the smoke from California, we had a fire about 20 miles from us that burned about 6000 acres. About 10,000 people were evacuated for fear of burning homes. Fortunately we got some rain yesterday which slowed the fire down and the people were allowed to return to their homes.

Then the rain really came down last night and this morning. I think the fire was probably extinguished. It is supposed to rain off and on for the next few day. The bad thing is that more flooding is expected in central and southern Utah. We are never happy. The temperatures are more like fall right now but the weather guessers say it will warm up again.

Now more quilt pictures. This quilt is a three-D quilt that has been finished for probably 10 years waiting for me to quilt it. I'm afraid it got put until last, and it was the very last quilt I had to do for Cindy (she has finished another one since I started on it). She told me to do whatever I wanted, and it was still a challenge because of the three-D blocks. I think it turned out well. 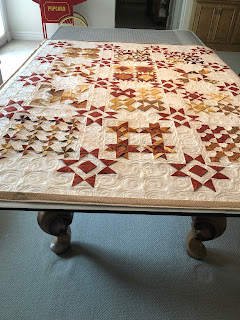 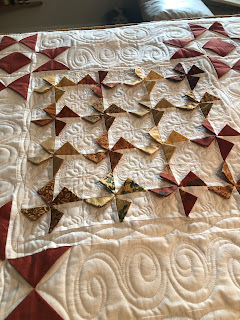 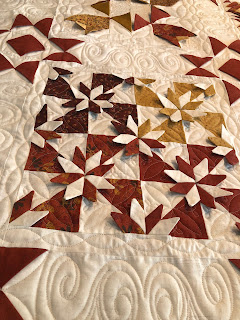 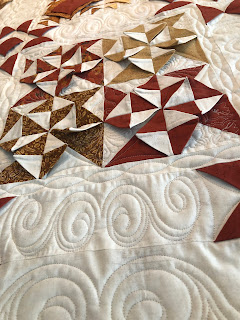 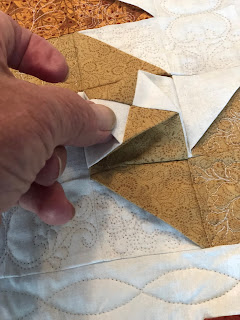 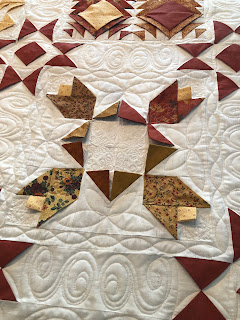