A Change of Pace

We decided to drive around and look at some of the lakes and reservoirs to see how low the water was.

Our first stop was at Salt Air Pavilion on the Great Salt Lake. I told Cindy that I could remember going there to float on the salt water in the early 1950's. I found a picture on the internet that showed how it looked then: 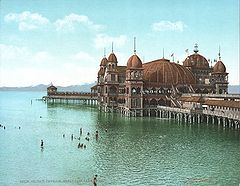 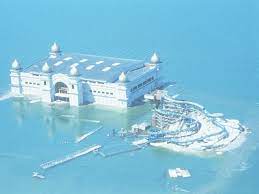 And a picture of how it looks now: 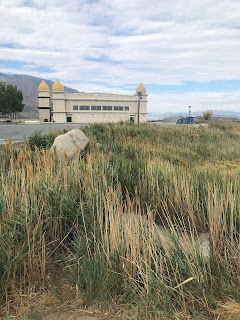 Pictures of the Great Salt Lake showing how low the water is: 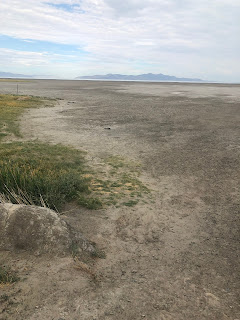 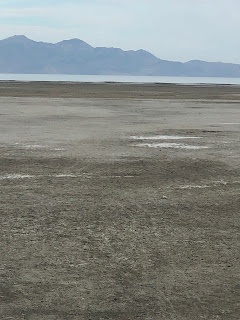 The Great Salt Lake is rather shallow and the water looked to be about a mile from where we were standing. Usually the water is right up to I 80. All of this brought back other memories of the flooding that took place in downtown Salt Lake City in 1983. These next pictures are from that flooding. 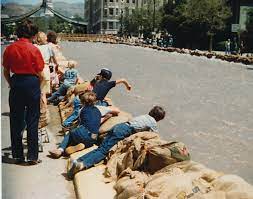 This shows all the water that came down State Street. 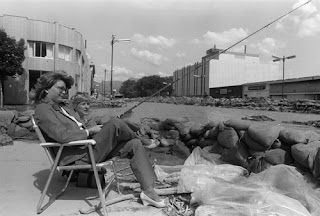 I don't know if they actually were catching any fish, but they had their poles out fishing on Main Street, Salt Lake City. The Great Salt Lake has set a new record low water level this year. Sure different than in the past.
In other parts of the state they are having floods. Someone from Cedar City said that 2 Weeks ago they were afraid of the forest fires and now they are afraid of drowning. 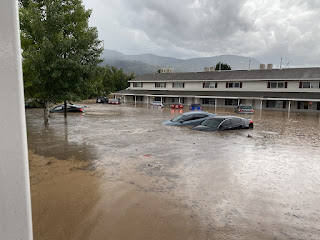 This is from Cedar City and on TV we saw pictures of lots of water running down the highway in Moab.
We have had a little rain here, but nothing like they are getting in Southern Utah.
After seeing the Great Salt Lake, we drove to Wanship to see how low Rock Port Reservoir was. To me it looked to be down 20 feet or so from high water levels. This Reservoir is so low that some of the old foundations of the town of Rock Port are visible for the first time since the Reservoir was constructed. 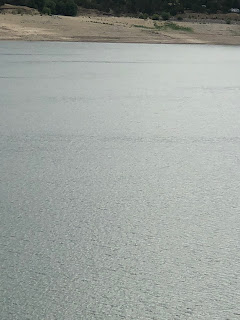 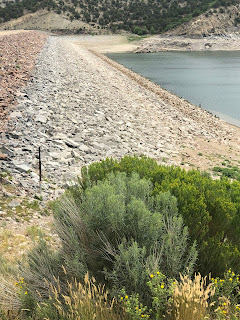 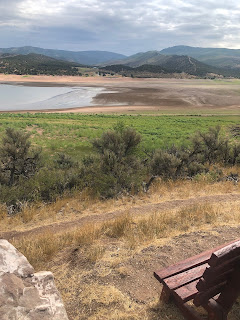 Normally all the green would be covered by water. 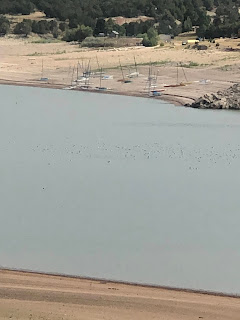 Lots of boats high and dry.
We then went through Kamas and Francis to see Jordanelle Reservoir. It also is down a long way. 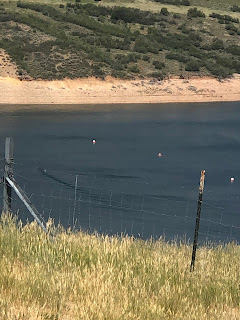 We stopped for lunch in Heber City and then drove to see Deer Creek Reservoir. The water in this Reservoir is also way down from normal. 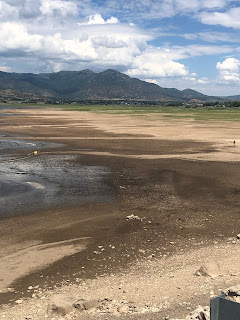 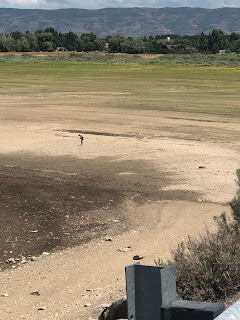 Again, everything you see in green, is usually covered with water.
These next pictures are of The Island on Deer Creek Reservoir. 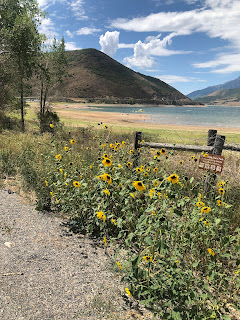 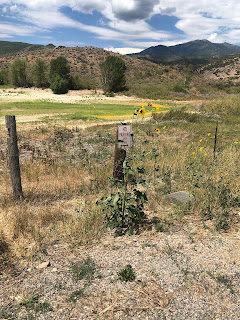 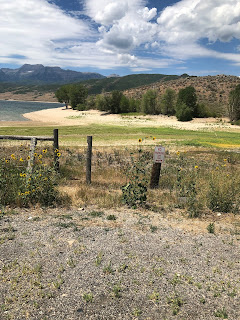 The beach in the first picture usually doesn't exist. The green in the second and third picture is usually covered with enough water to drive boats through. It is so dry that a person could drive a car over.
Our part of the State is extremely dry, while other parts are getting lots of flooding. It sure is strange weather.
I have been quilting, but I'm going to wait until my next post to show them. Like the title says, a change of pace.
Thanks for visiting.
Posted by Ray and Cindy Warner at 1:17 PM