I Finished a Special Quilt and Watch Dog Penny

The last few days the weather here has been very delightful.

Cindy read on one of the quilting blogs about placing a quilt on a coffin instead of flowers. The idea is that someone can take the quilt with them when the service is over and it will last a lot longer than flowers. Cindy thinks flowers for a coffin are a big waste of money that she doesn't want the family to have to spend. She calls it a coffin quilt and decided to make one for her and I. Mine has been finished for a few years and she fell in love with the Hoffman Dream Big panel and decided to use it for hers. I finished quilting it and now both of us has a coffin quilt. Hopefully it will be many years before they get used.

Here are some pictures of her quilt. 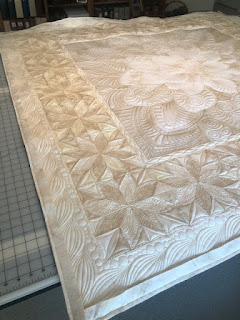 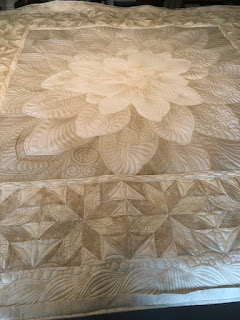 We both think it turned out nice. It took a while to quilt and I am pleased with the final result.
For the last while, Penny spends every evening sitting on some of our dining room chairs keeping watch for the evil neighborhood cats. She thinks she has to protect us from them. A few times they have come onto our front porch and she goes berserk, barking and trying to get to them. I wouldn't be surprised if the cats come onto the porch just to bother her. They are bigger than she is and I'm sure if it came down to it, and she confronted them, she would get the worst of it. They even come into our back yard and she has to try to get rid of them. Every once in a while, she goes barking out the door into the back yard and spends a while trying to get rid of them. Personally, I don't mind having the cats around to keep any mice away.
One night at about 3:00 AM, she started to bark and carry on and wanted to go out. She sleeps with us, and of course, woke us up.  I checked the camera the next day and sure enough, there were pictures of a cat on our lower patio. I don't know how she  could tell it was there unless she can smell them. The window was open that night. 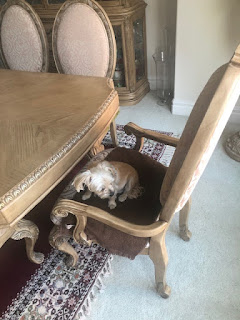 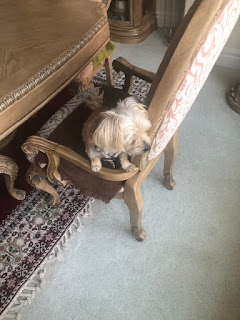 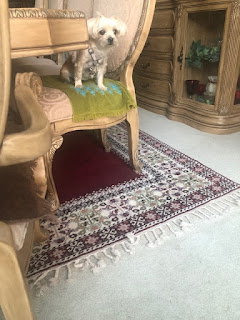 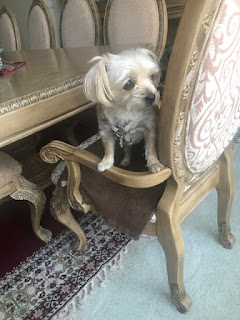 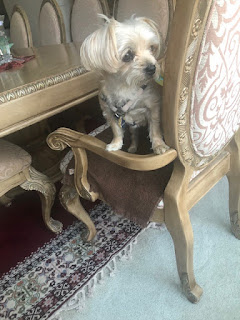 She spends hours on watch dog duty every evening. Cindy put towels on the chairs because Penny spends so much time on them. Funny little dog. She weighs 6 1/2 pounds and the cats I have seen are at least 10 pounds.

Posted by Ray and Cindy Warner at 7:42 PM