Yuma, Arizona           High 76 Low 54
Today is a little cooler with some wind. I'm afraid we have turned into Arizonans because we are both feeling the cold because of the wind.

Yesterday we had a really nice sunrise and Cindy got some pictures for a few seconds and then it was gone as the sun came up. 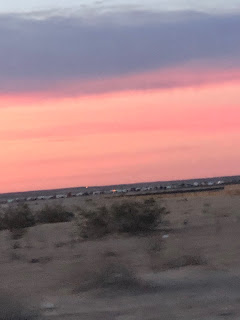 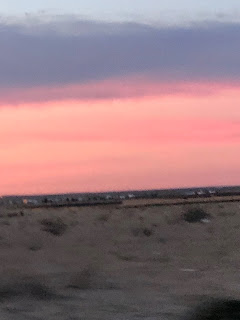 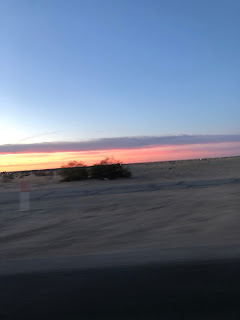 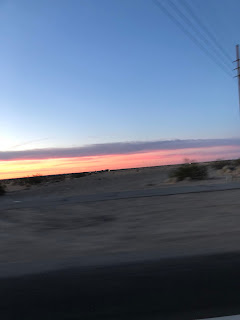 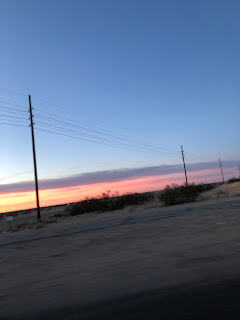 Last night we went to a concert here in our Park with Gene Watson, a country singer, here in person. It was a well attended concert and I was told it was the largest attended this season. There were lots of Country Music fans from our Park and from other places in Yuma. 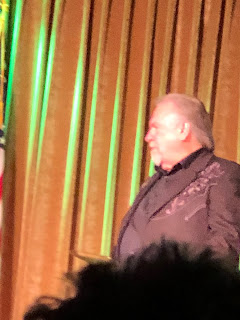 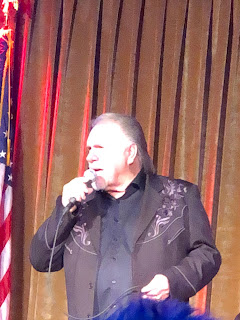 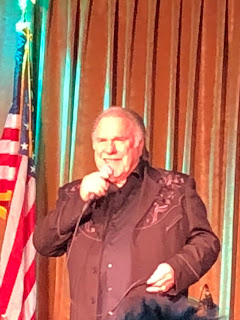 I recognized a lot of his songs but there were several that I don't think I've heard before. We both enjoyed the concert. most of his band had been with him for many years with the exception of his piano player that he said was new with this performance. They all did a good job entertaining the crowd.

His final song was one that he told us hit number one in 1981 and it was one of the ones we recognized.

From Wikipedia I found out that he is 75 years old and he told us he had been performing for 54 years. He is from Texas but he told us that he got his real start in Canada.

We are both still staying busy and enjoying our time here in Yuma.

Thanks for visiting.
Posted by Ray and Cindy Warner at 11:34 AM