It has been windy today and a lot cooler. Two days ago there was frost on the grass when I took Penny to the grass first thing in the morning. 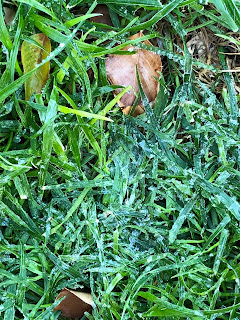 This morning I had (got) to play shuffle board. I still enjoy doing it.

We went to a concert that was a Blues Brothers tribute. The entertainers did a good job of keeping the crowd entertained. They had different members of the audience go up on stage with them doing various things. For instance they asked who had been married for the longest. The couple then went on stage and the man was taken to where he couldn't hear. Then three of the ladies from the audience were called to the stage. They set it up to tell the man he was going to kiss the three different ladies and he was to rate them from one to ten. He was brought back and blindfolded and his wife came back on stage and kissed him. He rated the first kiss a 2. She then kissed him again and he rated that kiss a five. The third kiss she finally got a ten out of him. He was then supposed to guess which was which before they revealed that he had actually kissed his wife three different times. I wonder how she felt about his rating. 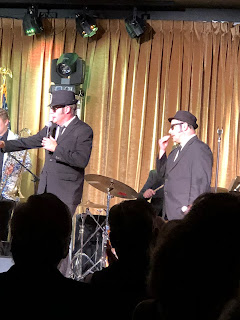 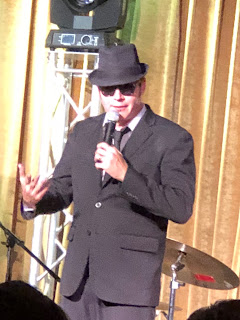 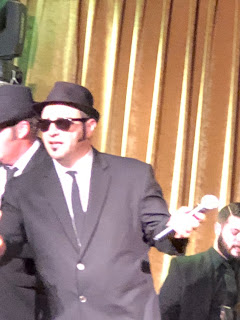 It was a lot of fun for the audience.

Penny an I have been going to the small dog park most days and there are usually about 20 dogs running around. It's fun watching them bark at the big dogs that walk by or any new dogs that they don't know. I have seen more than one person change their mind about bring their dog into the park, when if they would let them in, in about thirty seconds they would all be friends.


Penny thinks the grass is hers' and isn't shy about telling strange dogs about it. 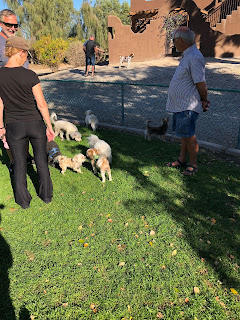 We are still staying busy and mostly enjoying not being in the cold.

Thanks for visiting.
Posted by Ray and Cindy Warner at 3:54 PM