It has been a bit cooler the last few days. Thursday there was a lot of wind and the air was full of dust but the last two days have been nice.

We had a golf cart parade in our Park today but first some more pictures from the Light Parade. 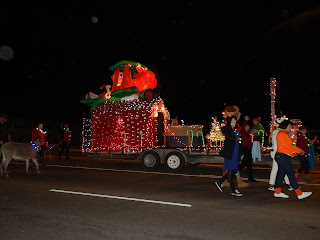 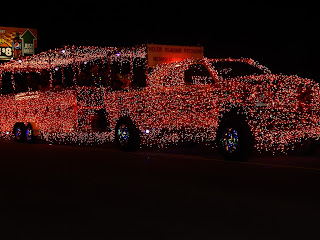 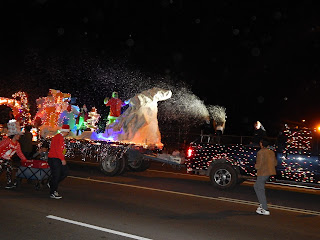 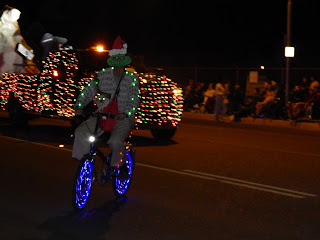 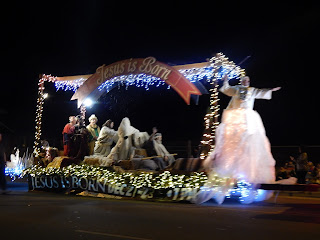 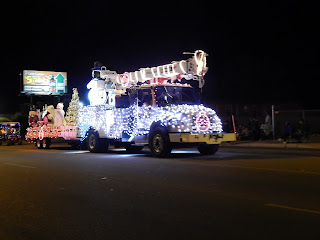 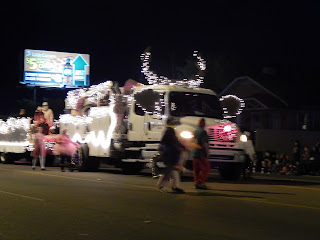 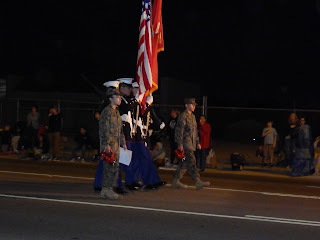 Last night I went with a group of people from our Park to a place that is called spook mountain. On clear nights when there is no moon a funny faintly lit up fog appears on the mountain in front of where we park. No one seems to know what causes it and it only appears on days when there is a new moon. Last night we got to see the phenomenon about 10 times and we saw things that some of the group say they never have seen before. The dim light would appear and last a little while and then blink out just like someone had turned off a switch. It is in a really desolate part of the desert and the road to it is pretty rough. Cindy wanted me to see if her back could take the road but with the back problems she has been having, I probably would say her back couldn't handle the ride. 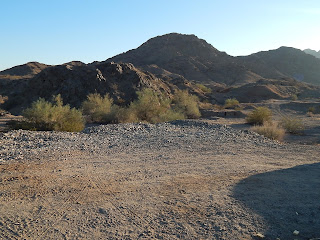 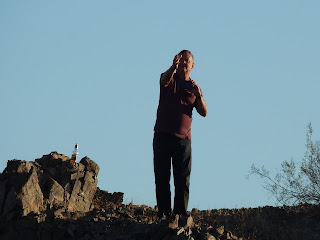 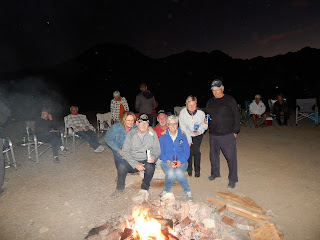 We got there before dark and had kind of a picnic while we waited. Tom picked last night because he thought no other people would be there because we were a day or two earlier than usual and we were the only ones there.

Last Tuesday we rode our lit up bikes through the neighboring RV Park following and crossing paths with their Parade. The Security man told us as we left our Park to go over to the other Park that he was sure glad he worked at a park where after 7:00 at night nothing happened...............Not! Something is always going on.

Today a lot of the golf carts got decorated and a lot of the dog owners took their dogs in the Pet Parade. They let some of us with smaller dogs ride on the trailer (float). We drove through a lot of our Park. 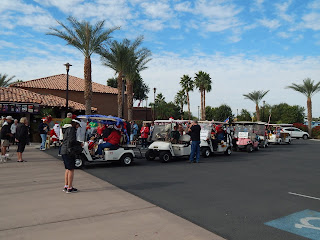 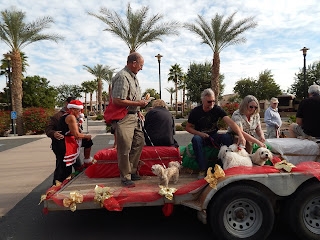 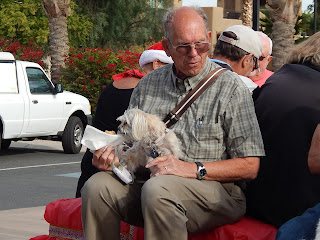 Now the ouch part. We went to a nearby grocery store and after we did our shopping we backed out of our parking stall and were ready to go forward when a lady in a Dodge truck started to back into us. I laid on the horn and for a second she stopped and we thought good, she heard us. Then she proceed to keep backing up and backed into the right front door of our car. I thought it might be a 4 or 5 hundred dollar repair but It will be closer to $1000. plus the car rental while we get ours repaired. 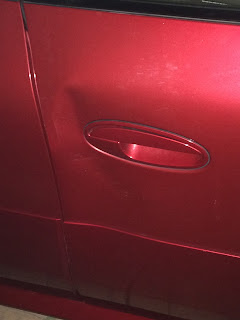 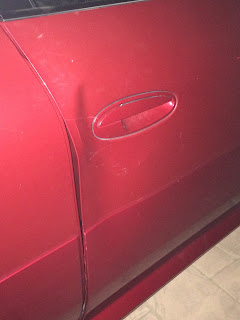 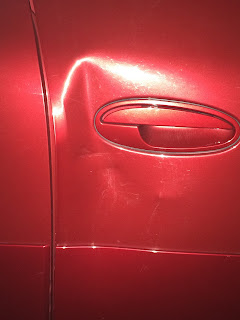 The lady kept saying it was my fault but the lady officer that she called said she backed into us and it was her fault but since it was on private property, all she could do was give me a case number. When she talked to her insurance company, she tried to tell them the same thing, but the adjuster agreed with me that it was her fault. So now we have an appointment for January 2nd to get started on the repairs. I hope it goes well.

Thanks for visiting.
Posted by Ray and Cindy Warner at 5:28 PM