The area around the clubhouse has been decorated for Christmas. The decorations are looking great. 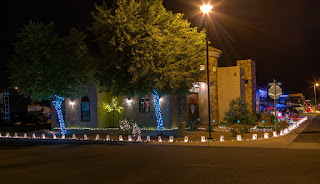 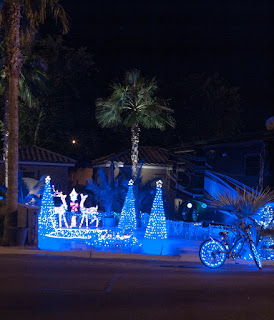 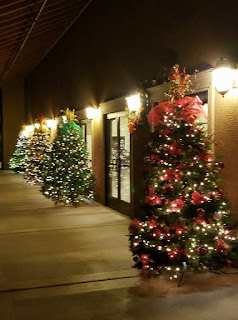 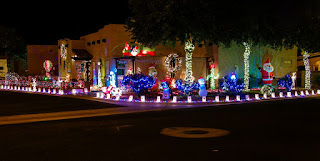 Here in our Park we have a Bike Brigade 3 nights a week. We usually ride about 4 miles. We set at new record the other night with the most bikes ever at 32. 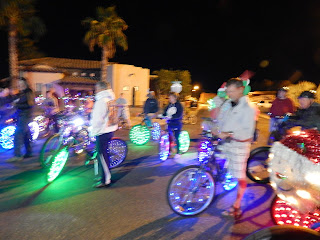 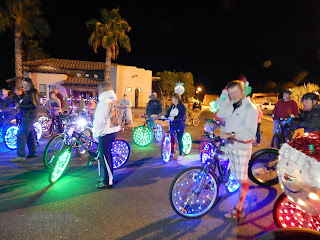 Tom, who seems to get a lot of things going, wanted to enter The Palms Bike Brigade in the Yuma Light Parade tomorrow night. The theme of the Parade this year is your favorite Christmas Movie. He chose The Grinch That Stole Christmas. All The riders with be lite up and wearing either Grinch, Cindy Low Who, Or the Grinch's dog Max costumes. I am going as The Grinch and Penny will be along for the ride as Max. I will talk more about the Parade after it is over tomorrow night. 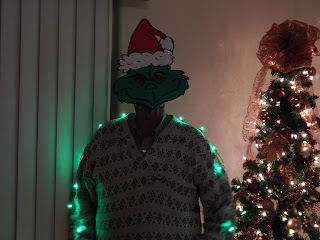 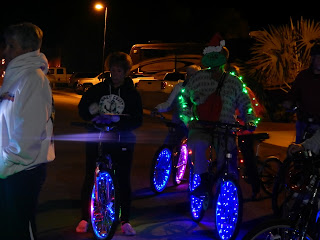 We are pretty much decorated for Christmas and tried Penny's Costume on her tonight. She seemed OK wearing it but it will need some adjustment when she is in her bag and on the bike with me. 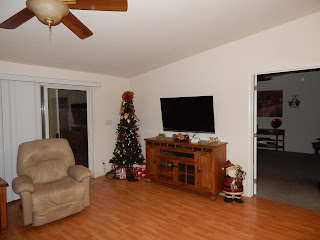 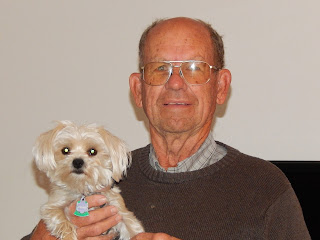 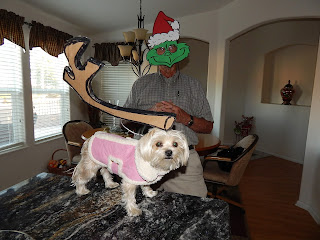 Cindy was a little worried about Penny with all the noise of the Parade but she never seems to mind riding with all the lit up bikes around the Park. Also she never made a sound at the Howling at the Moon last week so I am sure she will be alright.

Thanks for visiting.
Posted by Ray and Cindy Warner at 8:00 PM