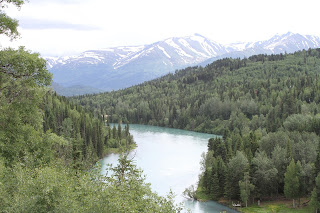 Sorry, I didn't have much to report the last couple of days. Sunday we went to the Kenai Princess Lodge to see the views of the Kenai River. We got some good photos from there. It seems they have a really tame ground squirrel that runs around the outdoor deck (and goes inside sometimes, but he got chased out). The staff there have named him Charlie, and told us he had been there for two summers. The lady that chased him outside, also chased him off the deck, but he reappeared at another part of the deck soon after. He seemed to be looking for a handout or spilled food from the guests. 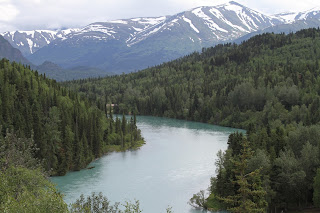 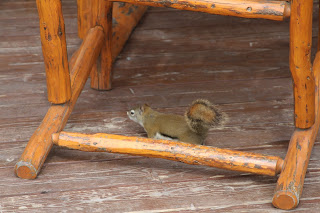 This is Charlie. He seems to go about anywhere he wants. 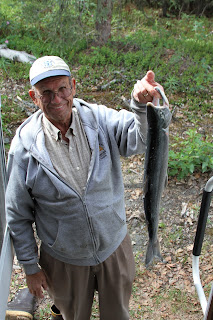 Monday I went combat fishing, and managed to catch one salmon. In the afternoon it had quieted down a lot, and I had 5 fish strike, but couldn't seem to catch them. So I changed hooks, and soon caught 2 nice salmon. Monday morning there weren't near as many people fishing as there were on Saturday, but there were still a lot of fishermen. 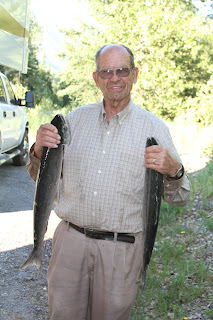 I went fishing again this morning, but didn't even get one strike. From looking around, there didn't seem to be as many fish being caught. I don’t know if the run is slowing down or what, but am going to try again this afternoon. 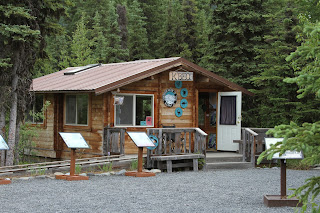 After I went back to the 5er, Cindy and I went to see the K’Beq Interpretive Site. It is a place hosted by the Kenaitze Indian Tribe. We took about a 20 minute guided walk with a young Kenaitze Indian girl,named Josephine, or Josey for short. She told us story handed down by her people about the plants and animals of the region. In the center of the walk, there are the remains of a house from 600 years ago. She told us how it was built, and they have a display in the Visitor Center showing a cut away model. Central to the home there was a fireplace built with stones and sand and was built up about 2 feet. There was an opening in the roof to let smoke out. When the rocks and sand got hot, they would radiate heat into the home for quite a while. There was a replica of this type home at The Native Heritage Center in Anchorage. This is a free tour, and we found it informative. 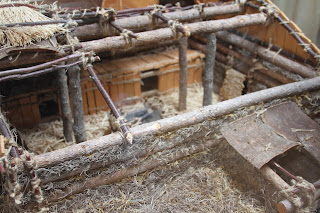 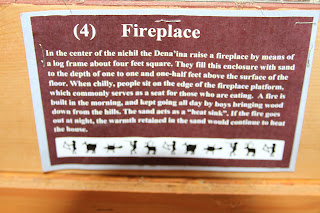 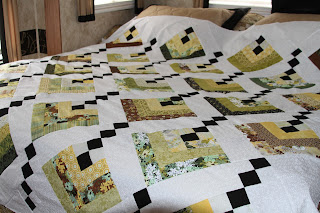 This is a quilt Cindy has been working on since we got here, while I've been fishing. She finished it yesterday.

Cindy got quite a few flower pictures, and some are included in this post. Josey told us that usually when you see Fireweed, it means summer is winding down, but this summer has been unusually warm, so some of it is starting to bloom now. Growing on the lower limbs of the Spruce trees, there is a plant called Old Man’s Beard. The natives would eat it in time of need. 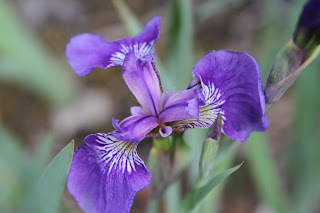 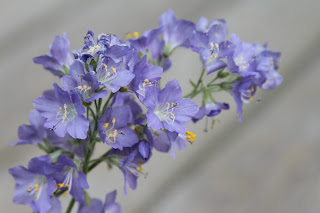 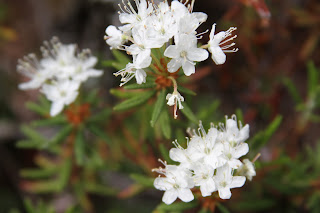 I’ll let you know about this evenings fishing. Thanks for visiting.
Posted by Ray and Cindy Warner at 3:22 PM