It has been cold and raining for the last two days. With a high of 54, I have found that I turned into an Arizonian, I have been rather cold for the last while.

Taylor had a pine wood derby to attend with the Cub Scouts. His dad did most of the shaping and getting weights into the car. I stained and varnish it for him. 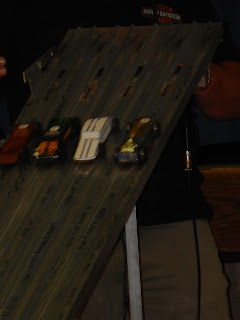 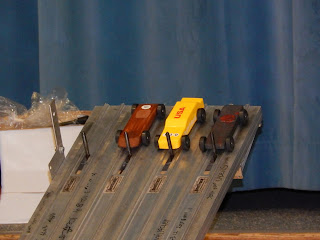 Taylor's car is the brown one is lane 3 in this photo. 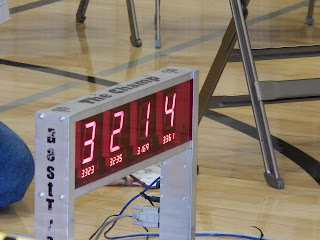 His cars was the fastest in this race. We thought it did really well. He sure got excited .

There were probably 15 cars which raced each other and all the boys got to run their cars several times. Taylor got one of the ribbons. His car was third fasted on average which wasn't too bad. 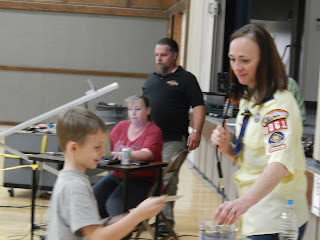 Taylor getting his award. 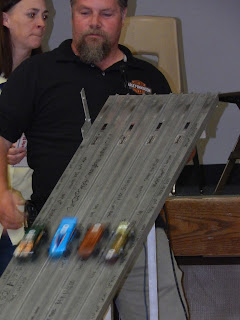 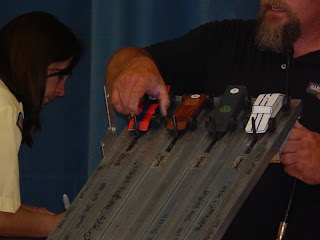 We went to see the two Great Grand Sons and this time we got lots of pictures. The older one is 6 months old and the younger one is two weeks old.

Seeing kids this young sure reminds us how old we are getting, but it was nice to be able to see them

I have been busy getting the finished quilts quilted. The one called Labyrinth took me a while to finish, with all that has been going on. It took me almost 3 weeks to quilt. When we bought the kit, it came in shades of purple and blue. We saw one in grays and black and I think the look came out better, but they were quilted with an over-all pattern and I did various size pebbles on the different sections, which I liked better. 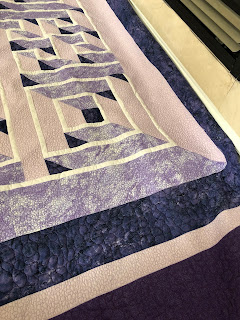 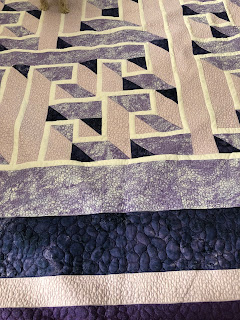 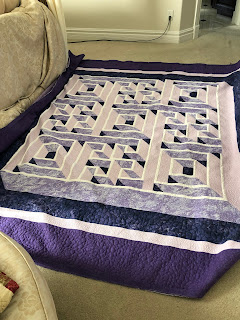 Cindy's Mom is back to the rehab facility and seems to be doing a lot better this time, but we are holding off traveling to see how she does.

Posted by Ray and Cindy Warner at 6:42 PM