We Are Enjoying it Here

The weather has been delightful for the last while.

It was a little cloudy all day today and we had a beautiful sunrise. Cindy tried to take some pictures but by the time she got the camera the bright red sky was mostly gone. These pictures do show some of what we got to see. 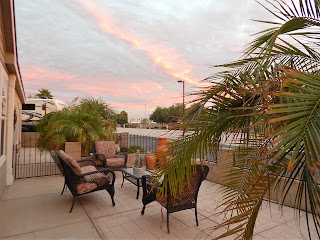 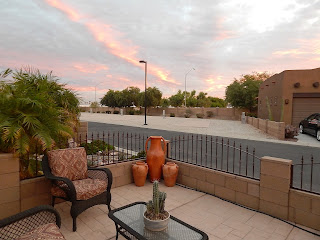 Yuma is having a balloon thing going on and we got to see about 20 balloons in the sky over our area. While this is nowhere as many as Albuquerque, it was still fun to watch especially when some of them flew right over our RV Park. 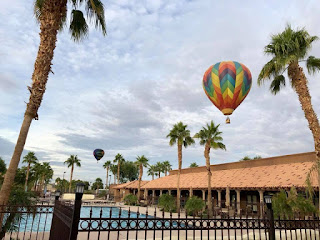 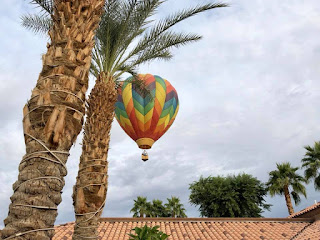 I spent the morning playing shuffle board while Cindy sewed on one of the quilts she is making.

Cindy had a few more ladies at her sewing last Wednesday so that is picking up.

This afternoon we went to dinner with some of our friends from here in the Park and afterward we went to see the new Murder on the Orient Express. I don't think I've ever seen the other movies of which this is the latest remake so we all were taken by surprise by the ending.

Our Park is beginning to fill up but a lot of the visitors won't get here till after Christmas. There are a lot more people here now than last year because of a 2 for one deal they had for this year which brought a lot of new people into the Park. To get the deal they had to be first time visitors to the Park then they got up to 3 months free. I don't know if the deal will be repeated for next year.

Anyway we are having a good time here in paradise.

Posted by Ray and Cindy Warner at 9:36 PM